Since Honda’s last major upgrade of the CRF450R in 2017 we’ve seen only small but noticeable improvements.

For the 2020 Honda CRF450R, this pattern has continued, with the main new feature being traction control. Dubbed Honda’s Selectable Torque Control (HSTC), it has three levels of assistance and is activated by a switch on the handlebar. The system senses an imminent loss of rear wheel traction and reduces torque to allow the tyre to grip.

There’s also revised mapping for the Standard, Smooth and Aggressive ride modes, updated valving for the fork and shock and a 28mm lower battery position to drop the centre of gravity and improve flow into the air filter. At the back, there are new brake pads for improved performance and durability and the plastic disc rotor guard (shark fin) has gone to improve heat dissipation and marginally reduce unsprung weight.

The Mornington Peninsula Motorcycle Club facility just outside of Hastings, Vic, was extremely dry, hardpacked and slippery for our test but at least it wasn’t on fire and would provide a good surface for the new traction control. 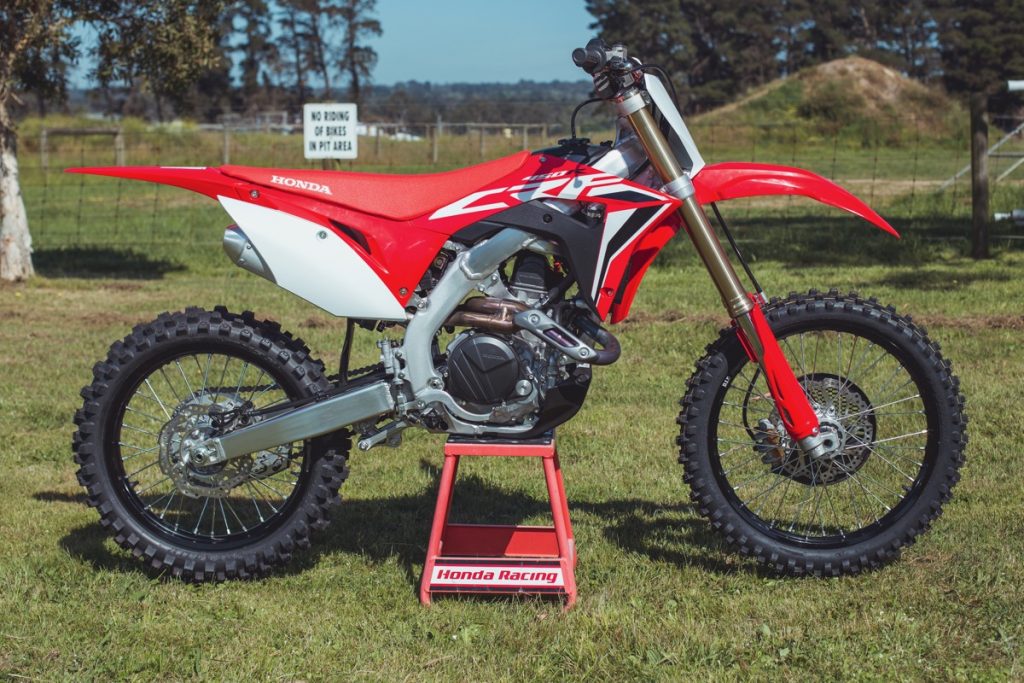 My initial laps were reasonably measured as I put the 2020 Honda CRF450R through its very first laps. I had the HSTC switched off and the engine map on Standard.

Not surprisingly, my first impressions were that it felt very similar to last year’s 450. In fact it was almost 12 months to the day that I had tested the 2019 CRF450R on the same circuit in almost identical conditions.

The 2020 Honda CRF450R had a lot of the traits that I remembered from the previous year, with exceptionally smooth, torquey power that encouraged riding in a taller gear. The bike felt reasonably well balanced in those early laps, but until I really picked up the pace I wouldn’t truly know how well balanced the bike was from front to rear.

The engine is almost identical to the MY19 other than some refinements to the mapping and continues to be the highlight of the CRF450R package. It has a broad and useable powerband while producing a truck load of top-end. It’s lively and snappy when you want it to be yet can also be lugged around the track in a higher gear.

After spending a decent amount of time trying all three engine maps I, once again, decided on the Standard as my map of choice. The Smooth map was just a tad too soft for me, although it really may be beneficial in extremely muddy conditions.
And the Aggressive map was just that, too aggressive, which isn’t really how most people would like to describe their 450cc engine’s power. The Standard map is a real nice balance of torque combined with more than enough over-rev to get you around most tracks in Oz without too much trouble. 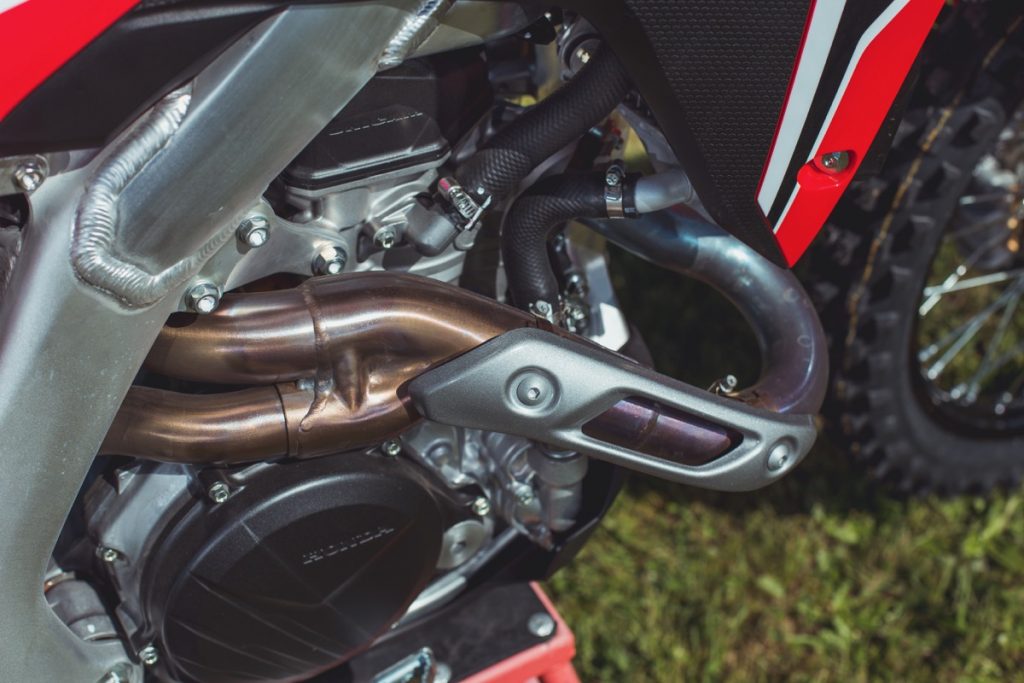 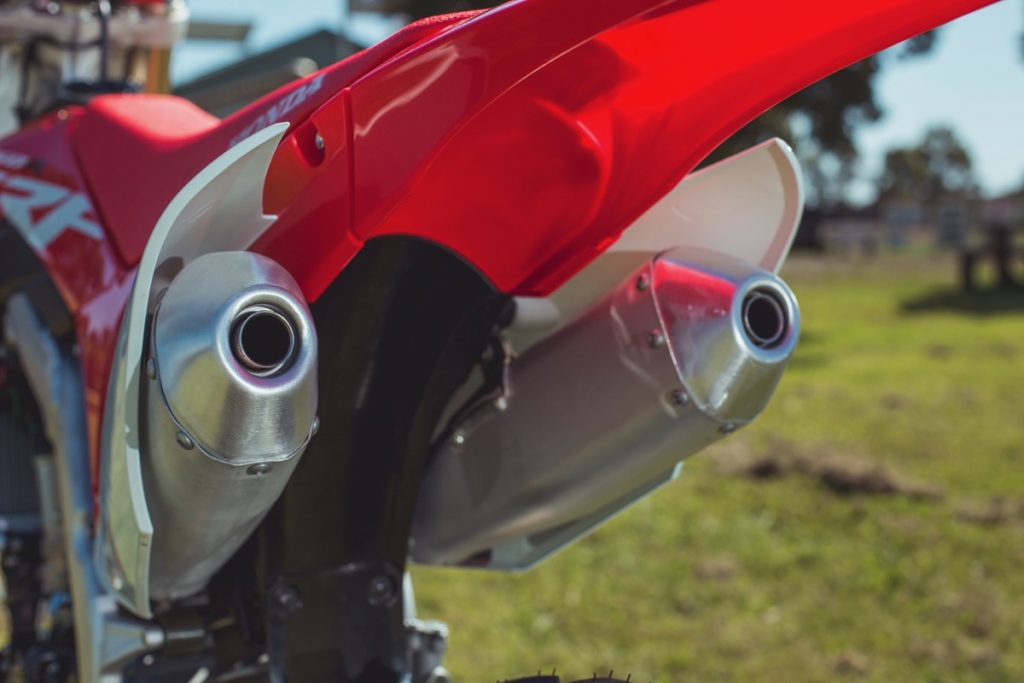 My favourite aspect of the 2020 Honda CRF450R handling is how agile it is. It feels like a really, really fast 250 when you are flicking it through switchback turns or scrubbing to stay low on jumps. In previous years the CRF450R has struggled to feel balanced when hard under brakes or accelerating out of turns. For this year, the balance is massively improved thanks to the refined suspension. The fork is holding up way better under brakes while the rear-end isn’t squatting nearly as much when exiting turns.

The brakes are right up there with the best in the business. The rear disc has all the feel that you want from a back brake while the front has got some serious power to stop you immediately when needed. Gone are the days of needing to upgrade the standard disc to a larger rotor! The front brake caliper with tapered pistons that was introduced last year is the reason behind all this extra stopping power and Honda have stuck with it.

In the past I have been a bit sceptical of traction control and even suggested that KTM’s version had a bit to do with the fact that the standard engine was a bit too smooth for my liking. In the case of the CRF450R I can understand why some people may want to smooth out the power a little bit. Especially if you’re a lighter rider or just stepping up to the 450cc class. 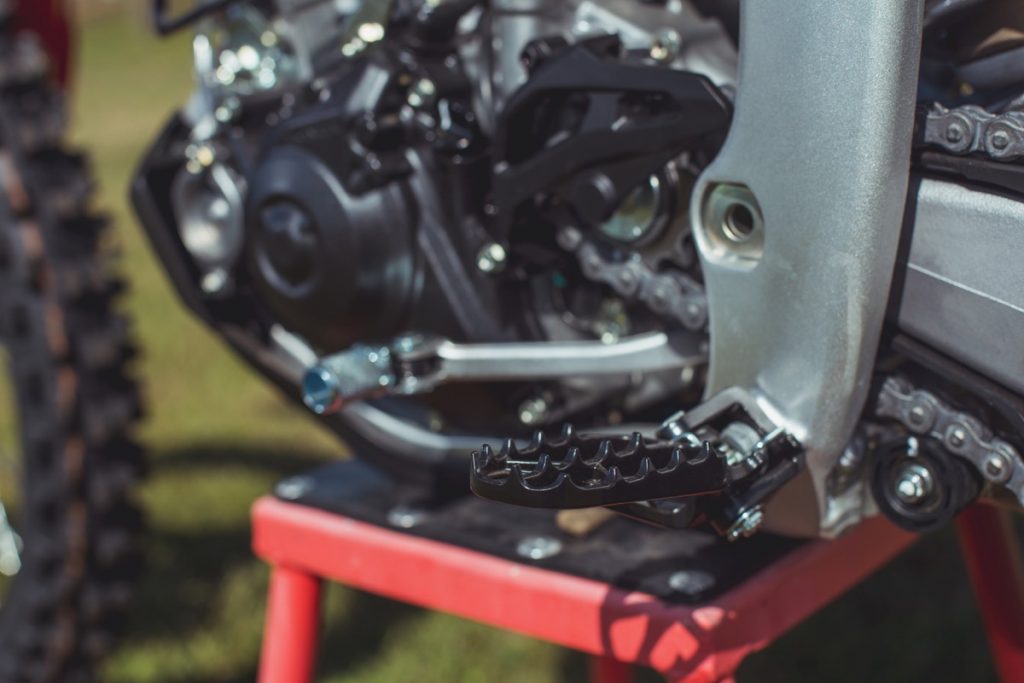 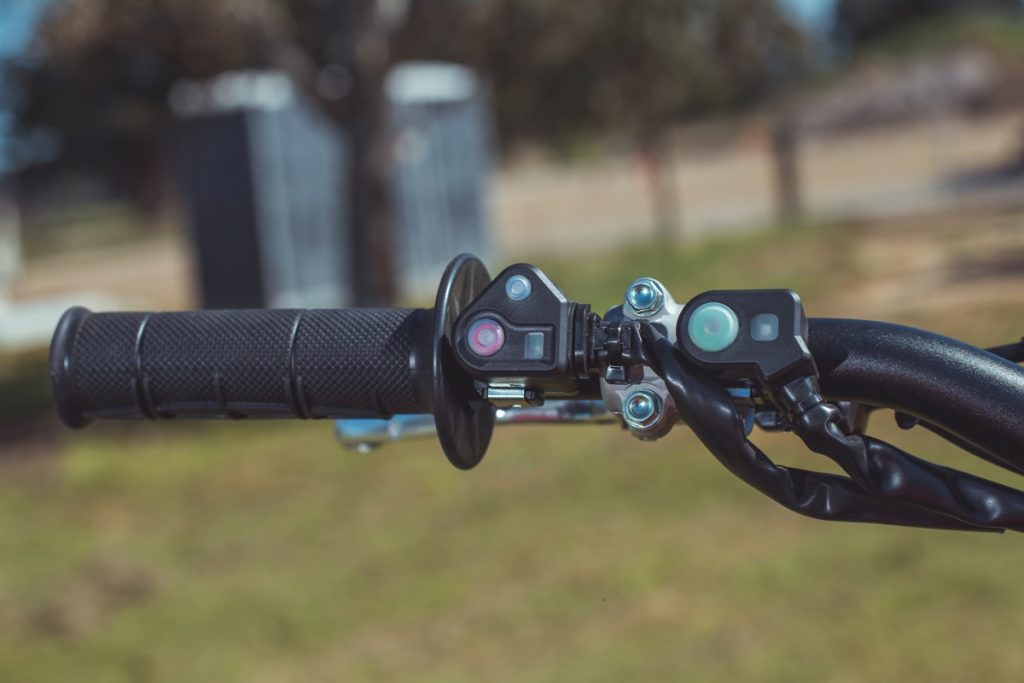 When I tried the HSTC for the first time I went into it with an open mind. The track was perfect for testing it with the slippery conditions we had, so my thoughts were that if I was ever going to be impressed with traction control this would be the day.
I started off on the first setting, which provided the least amount of assistance, and was quite surprised from the get-go.

It seemed to be able to pick up when the rear wheel was about to light up and would minimise the wheel spin. After trying the medium setting and especially the maximum traction control I realised that my sweet spot was the first one. Anything more and I felt that the bike was being held back.

After playing around with the settings a bit more on both the HSTC and engine map buttons I realised that I could now run the ignition map on the aggressive setting when the lowest HSTC setting was engaged. This combination really seemed to give you the best of both worlds and I was quite blown away by it.

With only a handful of minor changes to the CRF450R, you would expect the bike to feel basically the same as the 2019. But this model feels smoother in its power delivery, is a lot more balanced on the track and also comes with a traction control system that really works well. It’s a solid package that will be right up there this year.