Husqvarna’s FE450 has built a strong track record since finding a new home alongside KTM in Austria.

In the local racing scene, the Husqvarna FE450 has won the Australian Four-Day Enduro outright with Mathias Bellino, the E2 AORC title with Daniel Sanders and the last ADB 450cc enduro shootout.

The Husqvarna FE450 has become the “premium” version of its KTM cousin, as it comes standard with a power map switch, CNC triple-clamps and WP fork preload adjusters. Looking at the 2020 update list, it’s clear Husqvarna is still aiming high. Everything from the engine, frame, subframe, wiring harness, fork, shock, cooling system and bodywork have gone under the microscope.

Before I even threw a leg over the FE450 I admired the new plastics and styling. The bike looks smaller and more compact, while the logos and graphics are very plain and clean looking – in a good way!

Jumping on board, I was instantly a fan of the lower seat and the new vinyl is definitely more comfortable. 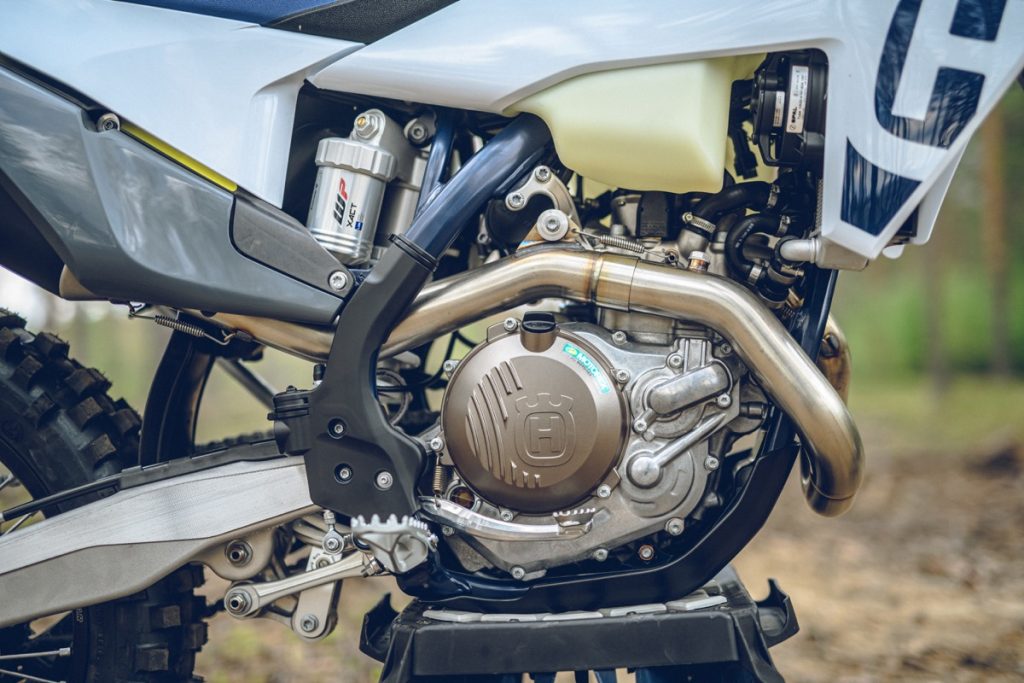 Heading off into the first section of singletrack in the pines I noticed how low and compact the fuel tank and radiators felt. Husqvarna has lowered the seat by 10mm and the radiators by 12 and I’m sure this is a big reason why the FE feels so easy to move around on. The engine only weighs 29.2kg, which is pretty good when you’re getting a six-speed gearbox and electric start. The new cylinder head is more compact, 15mm lower and 500g lighter.

Out on the trail, I found the engine a lot easier to use than the previous model. When I was on and off the throttle between trees, the 450 was smoother than ever and didn’t throw its weight around. I was a bit surprised to feel the bottom-end power had been improved, considering how smooth the engine felt, but considering Husqvarna has upped the compression from 11.7:1 to 12.75, that makes sense.

The exhaust on the previous Husqvarna FE450 worked well, but left many people frustrated as the shock had to be removed to disconnect the header pipe, so it’s good to see that’s been fixed, with the header now made in two pieces. This new system certainly does look cool but the note is slightly tinny and it sounds choked up. While retaining the geometry of its predecessor, the chrome-moly steel frame features an increase in longitudinal and torsional rigidity, for improved rider feedback, better energy absorption and increased stability. The cylinder and head mountings are made of forged aluminium, further improving handling and comfort. 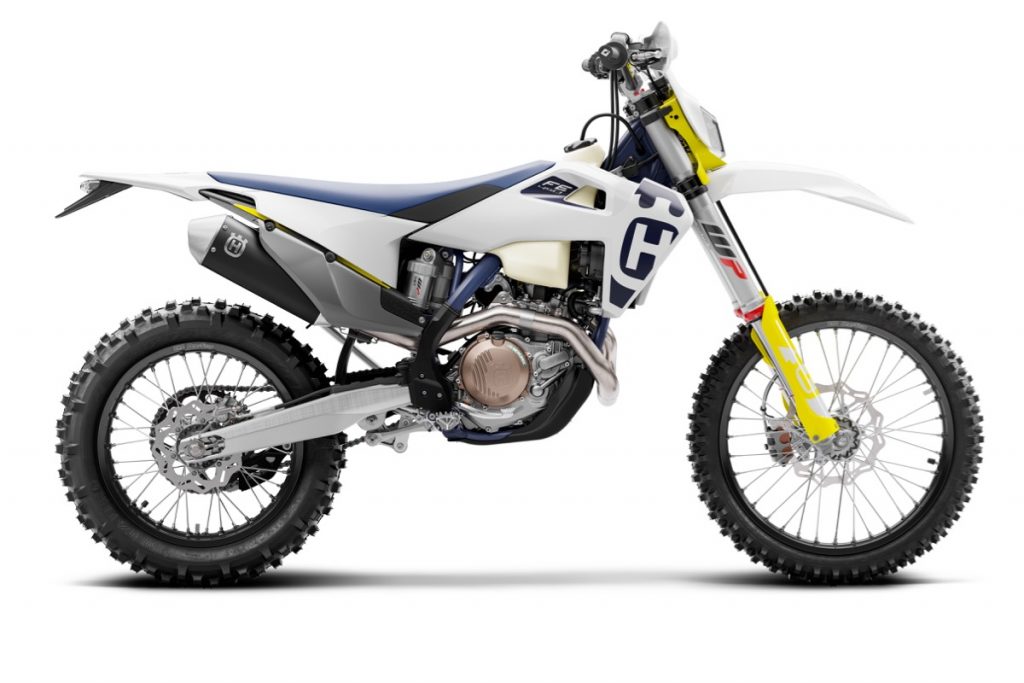 The carbon-composite subframe also is all-new, being two pieces instead of three. It’s 250g lighter and 50mm longer. But what does all this translate to in the dirt? I found the FE450 more stable at high speed, the subframe gave me a better feeling when sitting over bumps and, in general, the bike felt less harsh in all kinds of terrain.

The WP Xplor 48mm fork has received an updated mid-valve piston, while keeping its preload adjusters. I know there are bikes on the market that have better forks but, for 90 per cent of riders I cross paths with, this Xplor is more than good enough. I found it soaked everything up perfectly and the only time I found its limits were on Motocross-Test style terrain, as it was just too soft.

The shock is now mated to a linkage that’s the same as used on the motocross range and I couldn’t fault the rear-end at all. It has a very planted feel that soaked up all the small and medium-sized obstacles very well. On the motocross terrain it took big hits a lot better that the fork did.

The ergonomics do feel quality, and remind you that you are riding a $15,395 motorcycle. A quality Pro Taper handlebar sits atop the CNC triple-clamps and these are a slightly taller bend than what I would choose for my 178cm height, but it’s a neutral shape and, being Pro Taper, you know they will handle some decent crashes. ODI lock-on half-waffle handgrips add to the nice feel, and are so easy to work with when swapping handlebars. The Magura brake and clutch levers also give a nice feel while allowing fast and tool-less adjustment. The ergonomics on this bike definitely make it one I could spend long hours on. 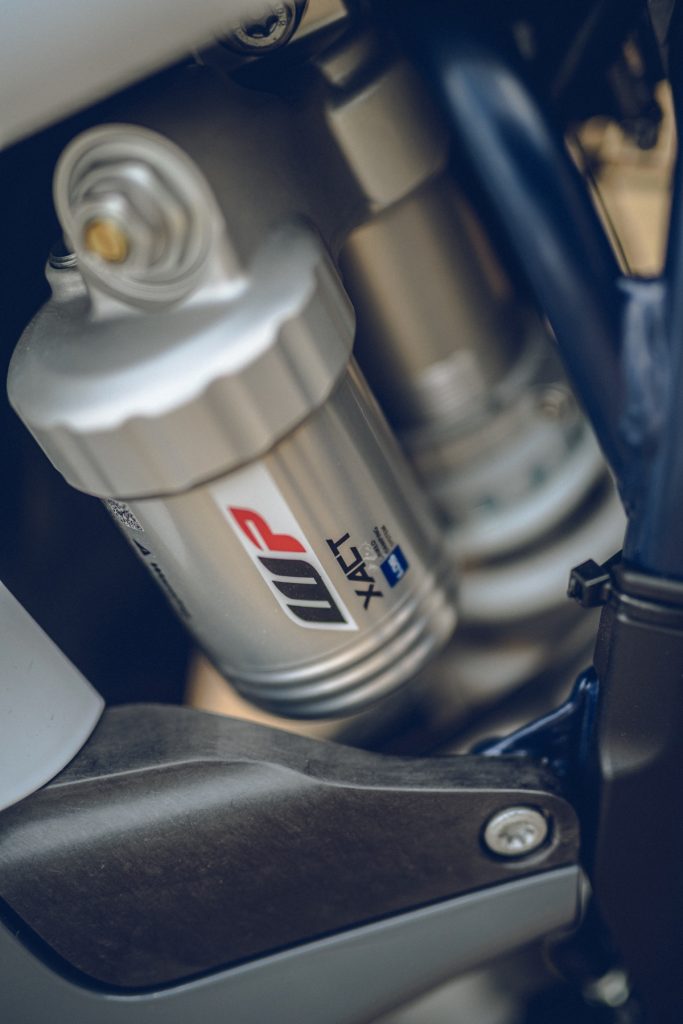 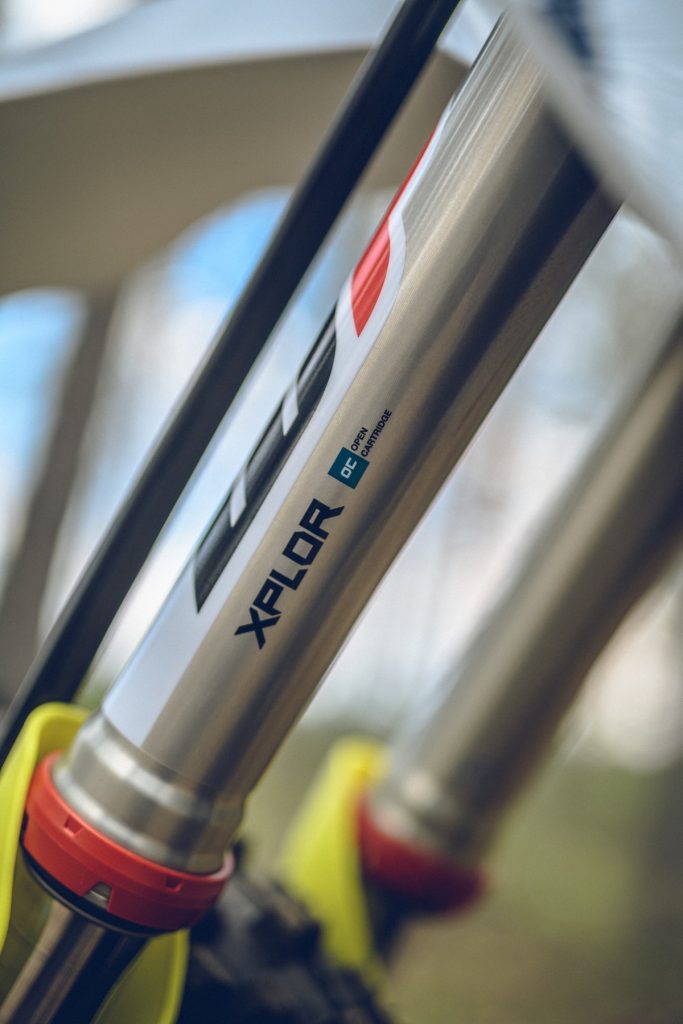 In the past there were many situations where I’d prefer the FE350 over the Husqvarna FE450. Basically, for any singletrack, technical or tighter-style terrain I would have chosen the 350. Then for all desert, sand or open terrain I would have gone with the FE450.
This is no longer the case as the 450 is easier than ever to ride and I would choose it every time for all kinds of terrain. I would still suggest riders under the 75kg mark lean towards the 350, as the 450 could still potentially get you moving way too fast and into trouble very quickly.