We try our luck on the V8 Supercars of the enduro bike world and put the latest crop of 500 four-strokes to the test.

The 500 four-stroke is the V8 Supercar of the dirtbike world and the complete opposite of the old big smokers.

They are easy to ride, surprisingly light and have top speeds that will keep any fire-road bandit happy. We were lucky enough to get our hands on the finest V8s on offer. KTM, Husky and Beta are the only manufacturers to offer these beasts this year and we were very excited to throw a leg over each of them. 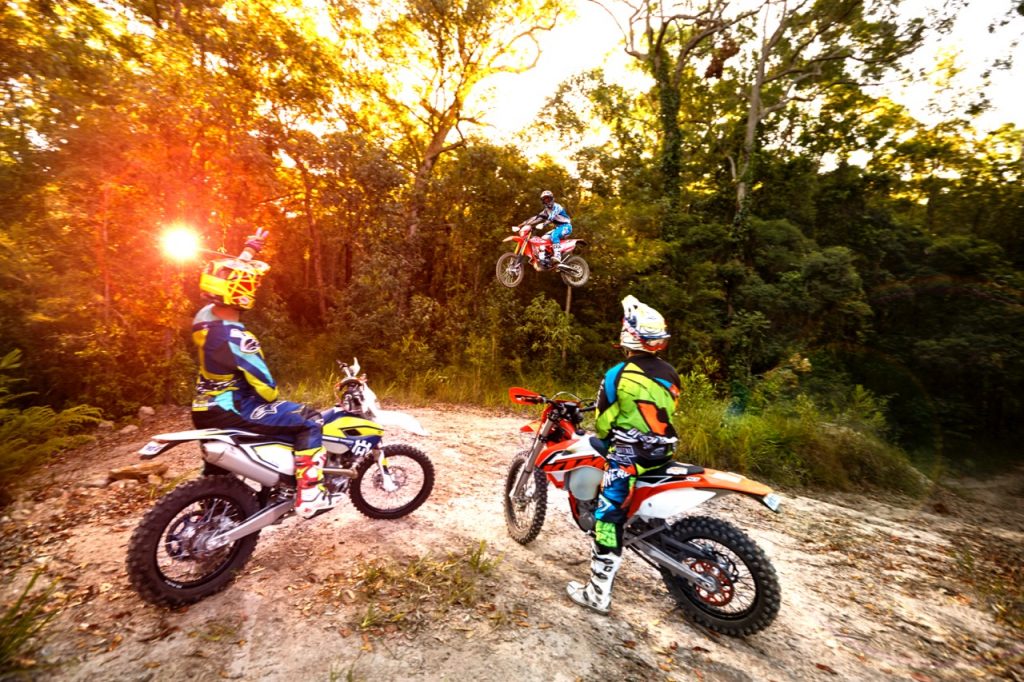 The king of the desert is an all-round weapon but when you fire it up, it’s so quiet that it kind of tricks you into thinking it needs a pipe to perk it up.

Yes, it may be a little heavier than a  450 and, obviously, some riders prefer a 300cc two-stroke when riding in the tight but get the Kato onto a flowy singletrack and you’ll have a smile from ear to ear.

The KTM has a super nice feel in the front end with the new fork offset and trail while the front brake is powerful enough to stop the big girl with ease.

The rear shock drives really well and the 500 is very nice to ride when the track get rougher too, as it has the power and a little extra weight to get you through bumps while remaining settled.

Even though the Husky and KTM are similar bikes they feel quite different to ride.

The motor is very much the same but the airbox is different and slightly restricts output. I’m talking very minor but I reckon it would be enough to be a hair slower in a drag with the Kato.

The Husky has a taller feel to it when you ride and feels nimbler through tight stuff.

The fork isn’t as great at high speed but when you are trailriding through techo stuff, it eats up the small chop and tree roots with ease.

It’s only when you start winding that throttle round that the fork starts to become an issue. It dives and needs to be firmed up. The Husky monoshock rear end is a different story. It’s brilliant. The linkage is solid. It steers well, tracks amazingly well and it’s probably the best of the lot.

It is actually quite surprising how different the Husky does feel to the PDS Kato. Only the motor feels similar but it is very much its own bike in every other aspect. It’s a very nice package. 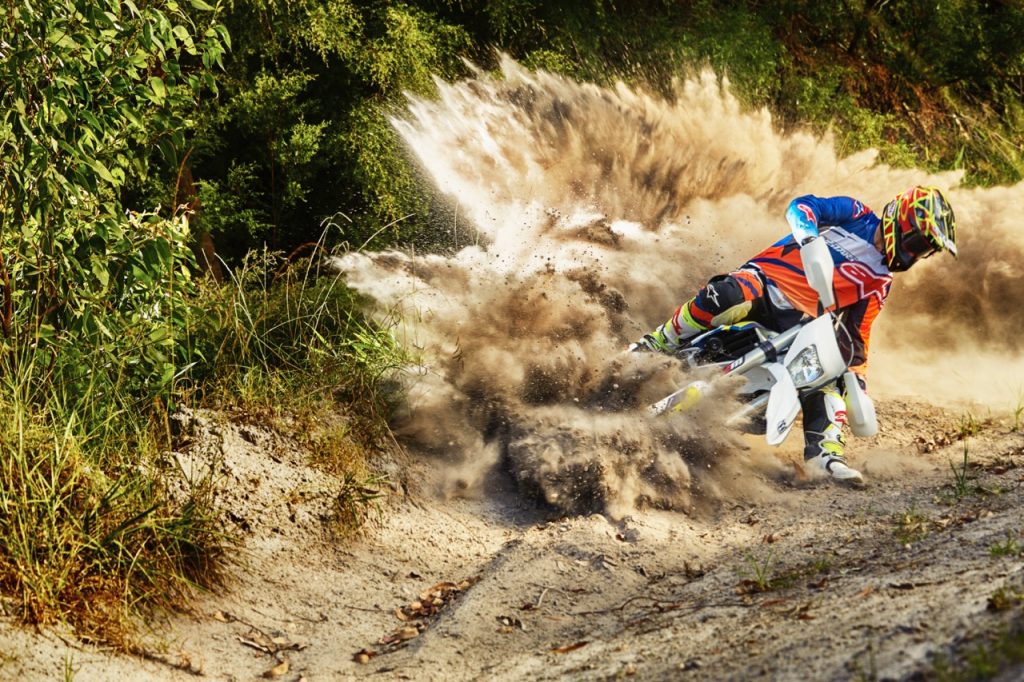 The motor in the Beta is very nice and very smooth. It seems to do almost everything just right. Whether its trailriding some snotty, gnarly hill or out in the open on a grass track, the bike loves it all. Being a little lower in capacity also gives it a lighter feel as there is not as much inertia, and that aids the feel of the bike in the tight.

It is a super easy bike to ride. The handling is pretty solid too. It has a soft feel to it and does tend to bottom out when pushed hard but for the average rider out there, the suspension package is pretty good.

We found ourselves reluctant to push the bike on the test track to start with but we soon realised that the bike, while being soft, handles faster stuff quite well. It definitely looks exotic and it’s pretty cool to be on a bike that is different to everything else out there. If you are looking for something to be the different guy in the group, then the Beta 480RR is a good choice.

Beta: Not as intimidating as the others because of its lower capacity, felt lighter, nimble

So what we have learned from riding these beasts is that if you want to win bragging rights after a long ride, then you need to get your hands on a 500cc enduro bike. They do the best wheelies, best drifts and will win any drag race as you’re basically on a rocket ship. They are so much fun to ride and the engines are very smooth and quite forgiving these days.
They are no longer the fire-breathing monsters of 10 years ago. The motor and suspension packages are all solid and they require very little tuning. All three bikes in stock form are great. It just depends if you are man enough to hang onto one all day… Geoff Braico

To read the full review, check out issue #442 of ADB