We’ve all seen the Steven Spielberg classic Jurassic Park, which for an early-1990s ‘family movie’ was scary as hell.

For me, the scariest scene was when the Velociraptors broke into the kitchen to gorge on the kids hiding under the bench. If that scene didn’t make you pack your dacks, then perhaps Yamaha’s Raptor will.

Technically this ATV is called the YFM700R Raptor but to most of us it’s just the Raptor. It’s 686cc of flesh tearing, bone crushing fury! Like the prehistoric clones from the famous flick, a beast like this is all about power and strength. I’ve grown up riding ATVs on my family cattle farm and I was lucky enough to pedal a Banshee and Warrior in the mighty ’90s, so I’m confident on four wheels, but 30 seconds with this 700 Raptor and it was clear the agricultural ATVs I’m accustomed to were very different. 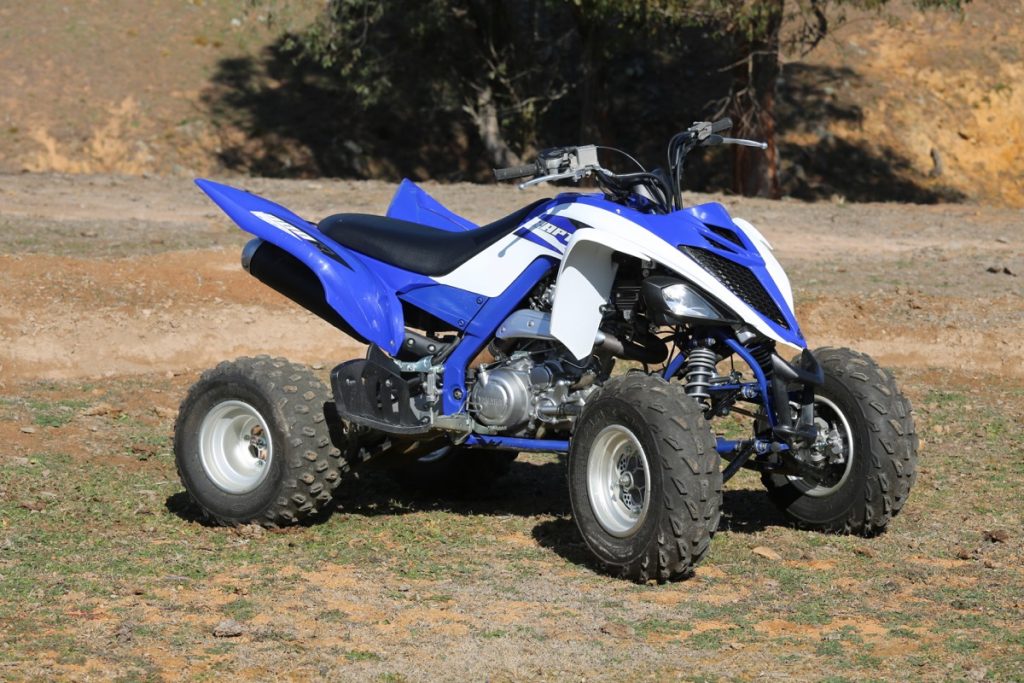 Not much has changed on this machine over the years and that’s for good reason; sales of sports quads aren’t at an all-time high. In fact, even in the glorious ’90s these machines weren’t exactly walking out the door. But, the last thing we want to see is models being discontinued, no matter what the genre, so we applaud Yamaha for continuing to provide us with this wild ride.

For those of you unfamiliar with a contraption like this, the make-up is simple: a SOHC, fuel-injected engine fed by a 44mm throttle body produces a machine with mountains of torque and incredible power, while a steel and aluminium frame, aluminium sub-frame and Yamaha’s in-house suspension with high-/low-speed compression, rebound and preload-adjustment takes care of the ride. It’s got a five-speed transmission, including reverse, electric start and easy-access oil and air filters (also tool free). As far as dimensions go, it’s light for an ATV at 192kg (wet), which is only 10kg more than its younger brother the YFZ450, has a width of 1155mm, a length of 1845mm and 113mm of ground clearance. Physically, it is actually quite small compared with traditional ATVs, but this is a sports quad and the last thing you want is a cumbersome tank flying through the air when you’re launching that double. 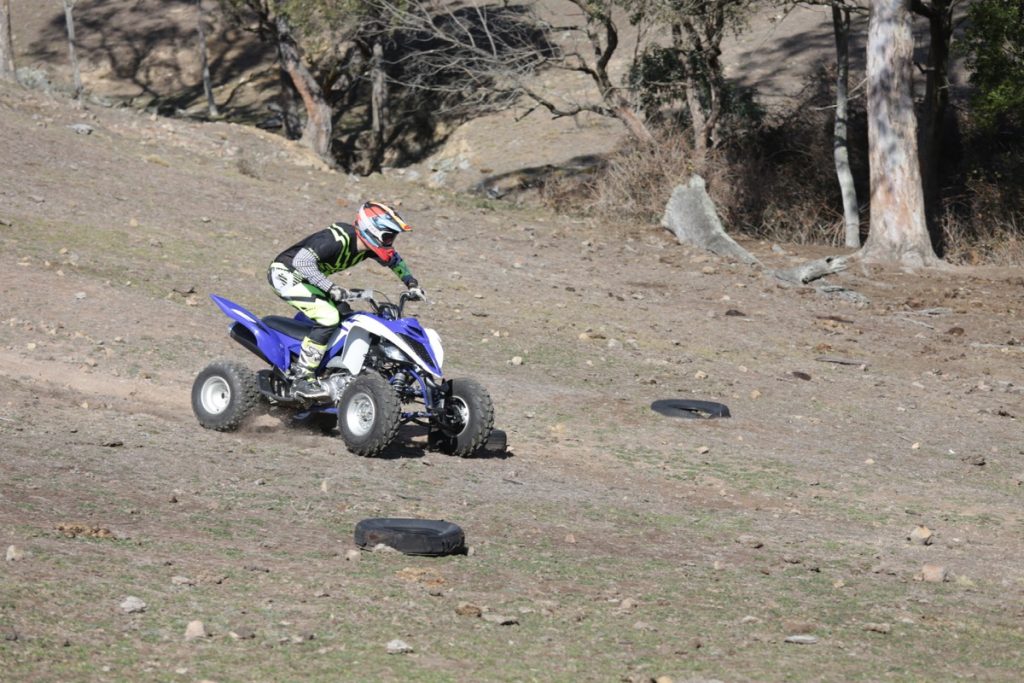 WHO’S IT FOR?
This is a race quad, so its sole purpose is to be out on the track. It isn’t a farm hack or for bush bashing with your mates. There are plenty of other more capable machines for that, like Yamaha’s Grizzly.

Believe it or not, there is a formidable race scene for ATVs in Oz, especially in Victoria, where the Quad Riders Club of Victoria (QRCV), which started in 2000, has 160 members that participate in all types of events including motocross, enduro, trailrides and family days. We featured Mitch Van Vilet, sports quad extraordinaire, in the hallowed pages of ADB in #427, while the Australian Quad Motocross Championship has gone from strength to strength with West Australian Luke Gaisford taking out the 2018 title at Stockton Park Circuit late last year, in an event that was loaded with competitors in a myriad of classes from kids to Vets.

For those wanting arm stretching power, look no further than the 700 Raptor. The 450 version will be easier to hang onto over long periods of time but the extra power of the 700 blows it away. This is for experienced riders only. If you’re looking to get into the sport of quad racing and you’re an adult, I’d suggest starting with the 450 and moving up to the 700. 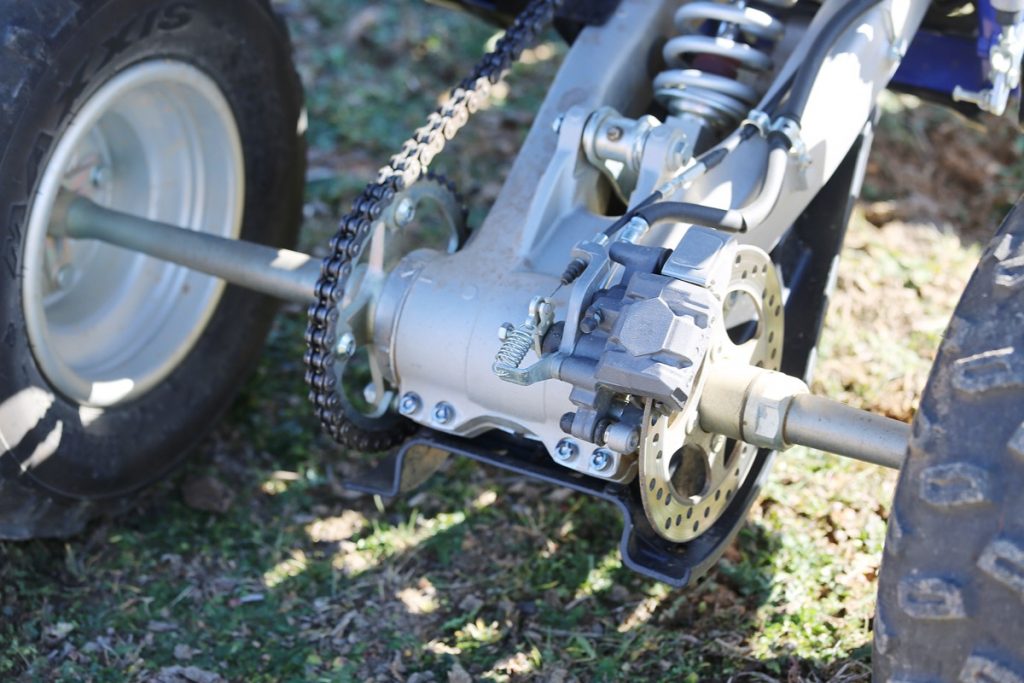 The extra power not only requires more finess on the throttle to actually stay in control, but also makes the bike a little harder to handle for the average punter, because it is so aggressive.

GETTING A FEEL
When I first hopped on the Raptor it instantly felt compact. It’s low to the ground, narrow and firm under your arse. The seat and suspension do not sag under soft springs and the riding position pushes you forward and in the attack position.

First squeeze of the thumb throttle and you’ll be pushed back in your seat. The throttle is large and contoured to your thumb. It’s heavy and at times a little stiff, but is designed to prevent gumbies from whiskey throttling off the back when they hit braking bumps and slip on the throttle. 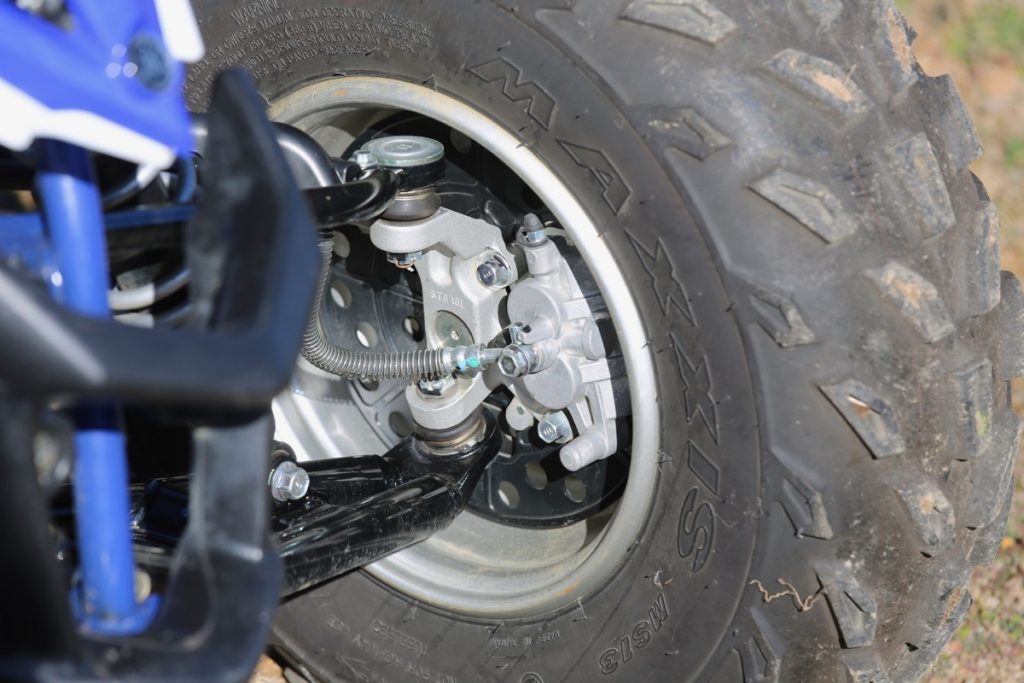 I decided to attack a Vets motocross track built on the family farm to get a feel for it. The track has seen better days and after years of abuse is loaded with loose rocks and water ruts. It’s also more of a 250F track so the Raptor’s 686cc donk felt even larger. I don’t think I ever hit top gear but the accuracy of the steering blew me away. I could cut down berms and guide it through corners with pinpoint accuracy. Providing you can control the power, the Raptor will go exactly where you point it. Having a reverse gear also came in handy when unloading it from the trailer or ute.

The 686cc engine is taller than the 450, which means it requires you to be a little more aggressive with your riding position. It’s a little more top heavy, so it works best with the rider really hanging off the inside of the machine. A solid set of twin-piston brakes pulled the Raptor up in no time, but if your braking is average, the high engine compression and large crank will do most of the stopping for you. 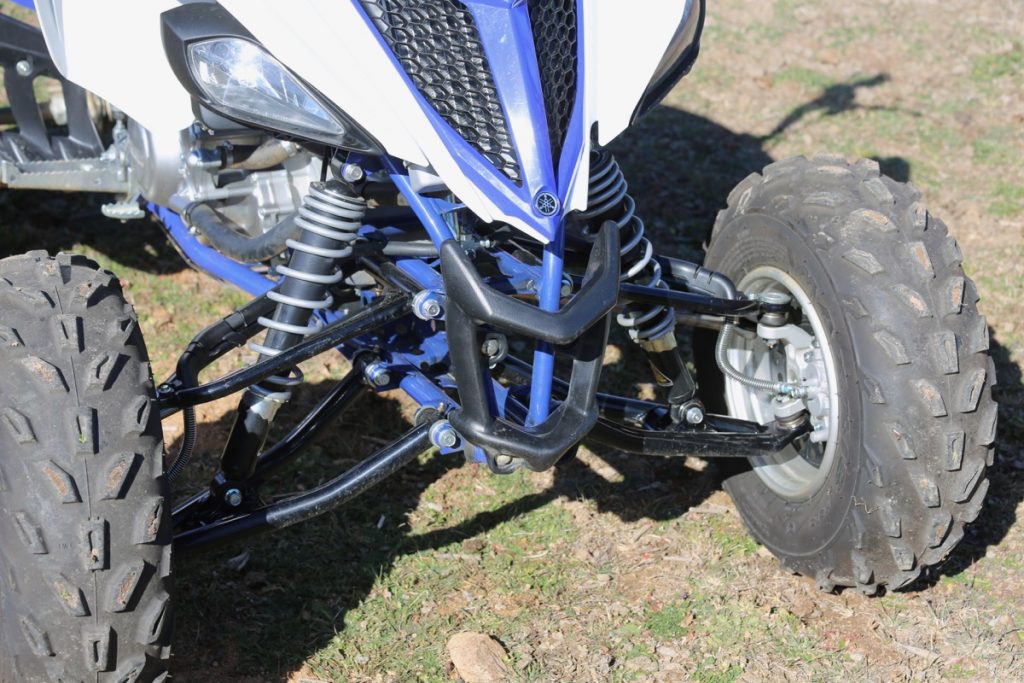 Jumping the Raptor was more about making sure I didn’t over-jump. With 230mm of travel up front and 256mm in the rear, an over-jump wasn’t disastrous, but remember I was on a Vets track and the jumps weren’t massive. Firm suspension saved the Raptor from bottoming on several occasions but if you intend on racing it seriously, I’d suggest upgrading the suspenders, just to make the ride smoother and plusher which will save much needed forearm strength. 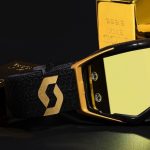 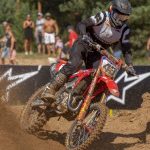 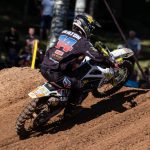 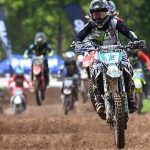 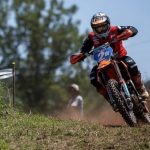