I have chewed through a few sets of tyres since getting hold of the Sherco 500SEF and was due for another set after a big week in Alice Springs on the Finke track.

Generally, I stick to tyres and patterns I have raced with, as I know what I like. But when Editor Mitch Lees said there was a set of Bridgestone Battlecross E50 tyres with my name on them, I was keen to test them out. Bridgestone has not had the biggest presence in the Australian off-road scene in the last few years, but they have always had a good name in motorcycle applications.

My first chance to fit them up, was while I was near Mildura desert testing and it was only six degrees. I was expecting them to be horrible to fit in the cold as they felt rather stiff. Much to my surprise, both tyres went on rather easily leaving me with a good impression straight up. Ben Grabham 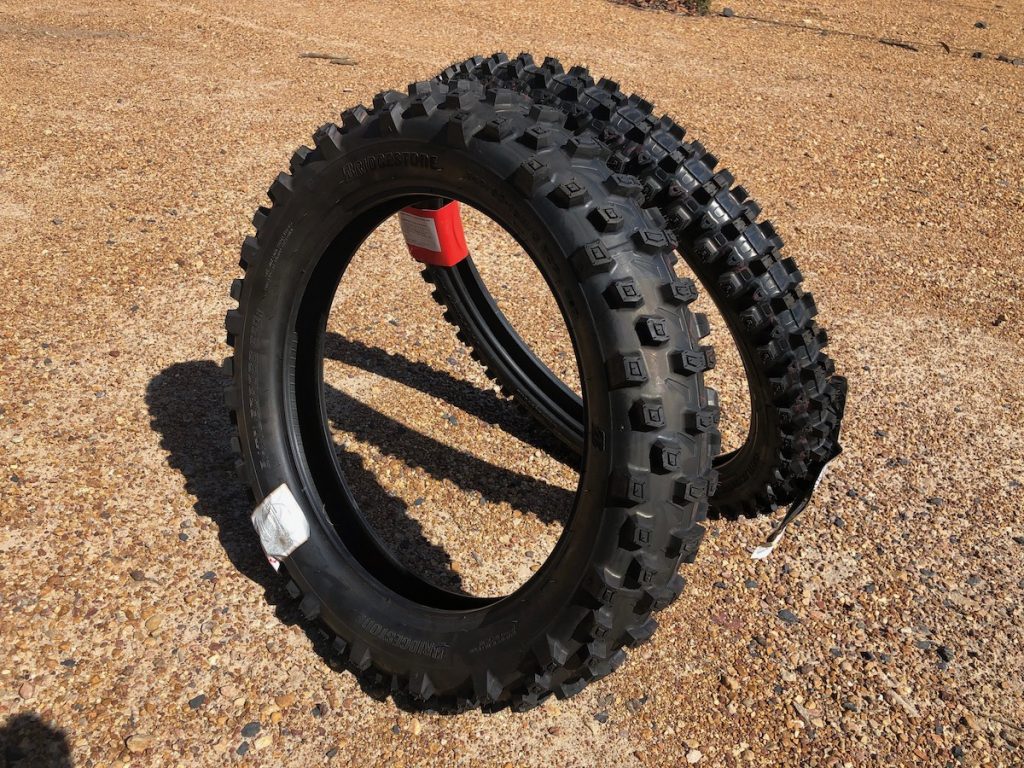