When you run a race team for nearly 30 years, a lot of bikes come and go through the work shop. Some a memorable for their on track success, some for their place in history and others are just a favourite because if their look and feel. And think of the bikes that CDR have had, everything from a 1993 Yamaha YZ125 to the 2020 YZ450F, there is a lot of history to cover here.

Craig Dack names his top five Yamaha team race bikes of the past 30 years and why they stand out to him.

“Picking five bikes is tough. A couple pick themselves for obvious reason but there are some bikes that are memorable to me and the team that didn’t make the list. But every bike we have is a labour of love and to count the man hours we put into each and every one of them would be astounding. But, after sleeping on it, here are my top five bikes there the CDR Yamaha era.” 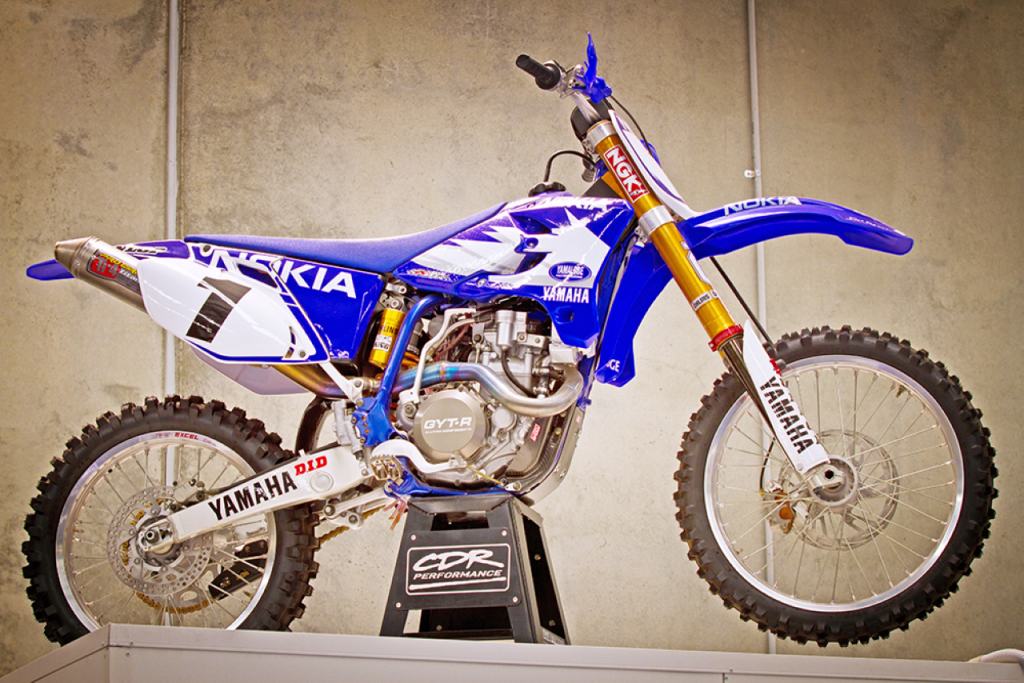 This was the last of the steel-framed Yamaha YZ450F’s and we had Darryl King at the controls. Its stands out to me as it was the last bike of its generation with the YZ450F going to an alloy frame in 2006 and because we have a good three or four years of development invested in the bike, we knew exactly what to do to it and what parts really made a difference.

DK’s bike had a lot of factory Yamaha parts on it from Rinaldi, had Ohlin’s suspension which we had fine-tuned over the years and it was a real race bike. To watch it on the track it just ripped chunks out of the ground and DK had the muscle and experience to get the most from it. I still have that bike in the workshop today and often look at it as it was a special bike that holds great memories here at CDR. 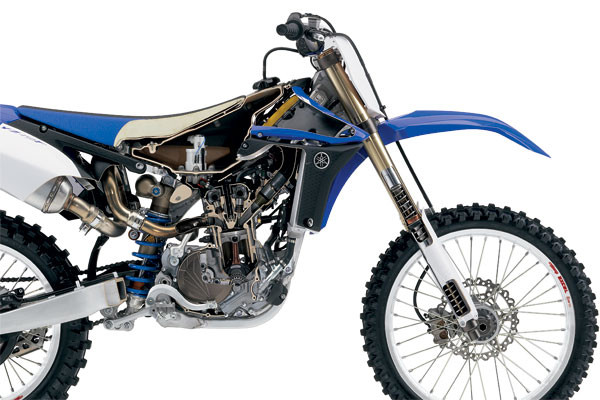 The first of the reverse motor YZ450F and it stands out to me for several reasons. On a corporate level, it was such a brave and innovative decision for Yamaha to release a bike that was so different to what had been done in the past. The company was pushing the boundaries in so many areas and it became a new platform to develop from.

On track, we had years of success with those bikes from 2010 to 2013. Other race teams struggled with the bike, but we were able to find a good window of performance across the bike that allowed us to achieve great results. Gary Benn did a great job dialling in the chassis, our motors were strong and between Jay Marmont and Josh Coppins we experienced a lot of success on that bike.

Number 3 – 2005 Yamaha YZ2502TRACER TEST I 2018 YAMAHA YZ250
This was the first of the alloy framed YZ250s and essentially, it is the same bike that it is today so there is no question that it has stood the test of time well and it’s still an exciting and relevant bike now, as it was then.

We had great success on the bike with Troy Carroll who raced it to national supercross success. Despite the new frame, the motor had been the same for a few years and it was still the best in class, and it produced the kind of power every rider at the time wanted. 450cc four strokes were entering the market and in this racing category but for 2005 and 2006, we were able to hold them at bay with an awesome bike that was great at production level and even better when massaged into a race bike. 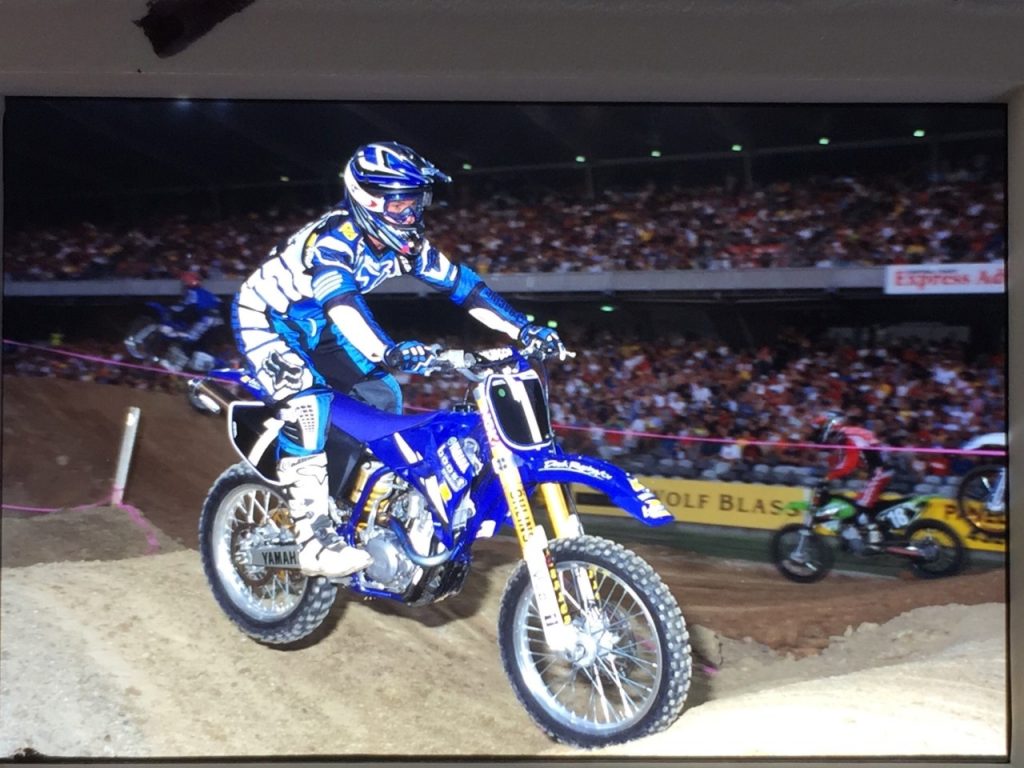 Never has a bike leaped frogged and gapped its competition by such a huge margin like the YZ250F did to its rivals. It took another three years for other manufacturers to even get a 250F to market and by that time, the Yamaha had dominated on the track and in the sales race. The bike came out in 2001 and we were able to race it at Thumper events but it was 2002 when we really hit our stride with it in terms of a race bike as the development of performance parts had a huge benefit on the race track

We had Troy Carroll as our Lites rider at the time and he adjusting instantly to the bike and loved it from the first lap he ever did on it. We were then able to get some parts from Rinaldi, do some general testing and Troy and the YZ250F become nearly unbeatable over the next couple of years. 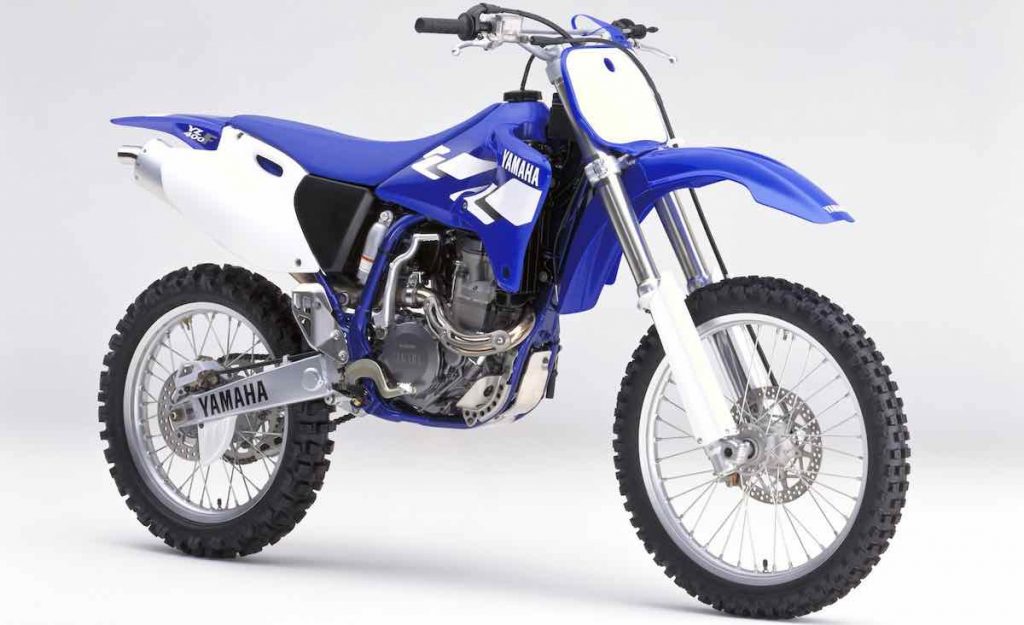 There is no doubt that in my time in racing, I have never seen a bike that has had more impact than the YZ400F. It not only changed people’s thinking of what a four stroke motocross bike was capable of but also bought many people back to the sport as the feel and sound reminded them of their youth.

I still have a vivid memory of watching our two riders at the time, Craig Anderson and Danny Ham in 1998. They went one and two that very first outing, (in fact Ando went on to win the first 12 moto’s in that series that year to take the Championship), ripping around the Barrabool circuit at the Thumper Nats. We were up against much larger capacity bikes, anywhere from 600 to 650cc, and these two 400’s were motoring past them across the top of Skyline. It was hard to believe that a mid-sized motor could generate that much speed and it was a jaw dropping moment for our competition would had to be scratching the heads.

Then the very next day, the local Geelong Yamaha dealer sold six bikes on the back of what people saw the day before at the track. Had that bike not been as good or successful as what it was, racing would look a lot different to what it does today.