There’s a lot to like about the 2018 Beta RR300 and not much to hate. We list our favourite things about Beta's E3 class two-stroke weapon.

At the international press launch near Beta’s hometown in the Tuscany region, the marketing team banged on in broken English about how the entire Beta range is “easy to ride with no bad habit”.

It stuck with me because once I threw a leg over the Italian three hunge I understood what they were talking about. It’s a combination of things that make it a great all-round trailbike and we’ve come up with eight favourite points about the light smoker.

1. EASY-TO-USE ENGINE
This isn’t unique to Beta but 300cc two-stroke engines have become electric in the way they deliver power, and the delivery of most can be easily adjusted with just one or two tools, but that doesn’t take away from the incredible donk the Italians have produced.

It’s the way the engine seamlessly flows from bottom-end to mid-range that makes it so rideable on the trails. A lot of punters would rarely find themselves needing to use the top-end if all they ride is tight, technical singletrack. The mid-range just produces so much torque.

When you release your inner fireroad bandit or get onto some open flowing singey, the top-end comes in and there is a noticeable kick as it hits. While it’s more audible, it has a less of a violent hit through the bike because it’s a smooth transition. You will however notice that the trees are getting blurry as you whizz past at a great rate of knots.
Wind the exhaust power-valve adjuster screw in and you can transform the gentle Beta engine into a fire breather, if that’s what you desire. There isn’t much need for that, though, as even some pro riders say they turn in faster lap times on the soft map – cue angry emails/Facebook comments. 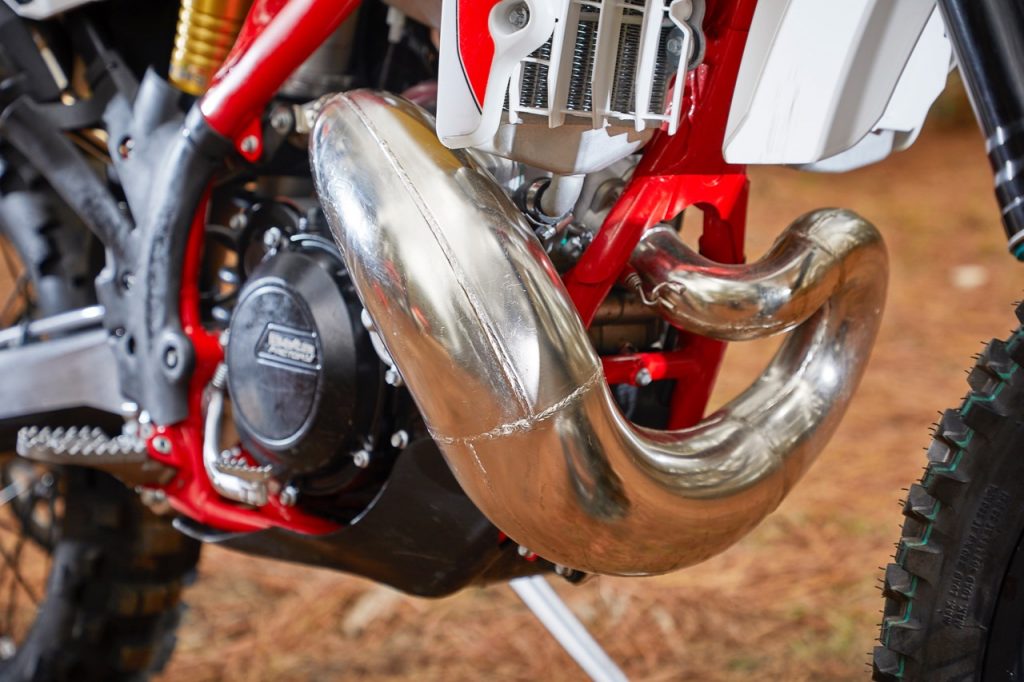 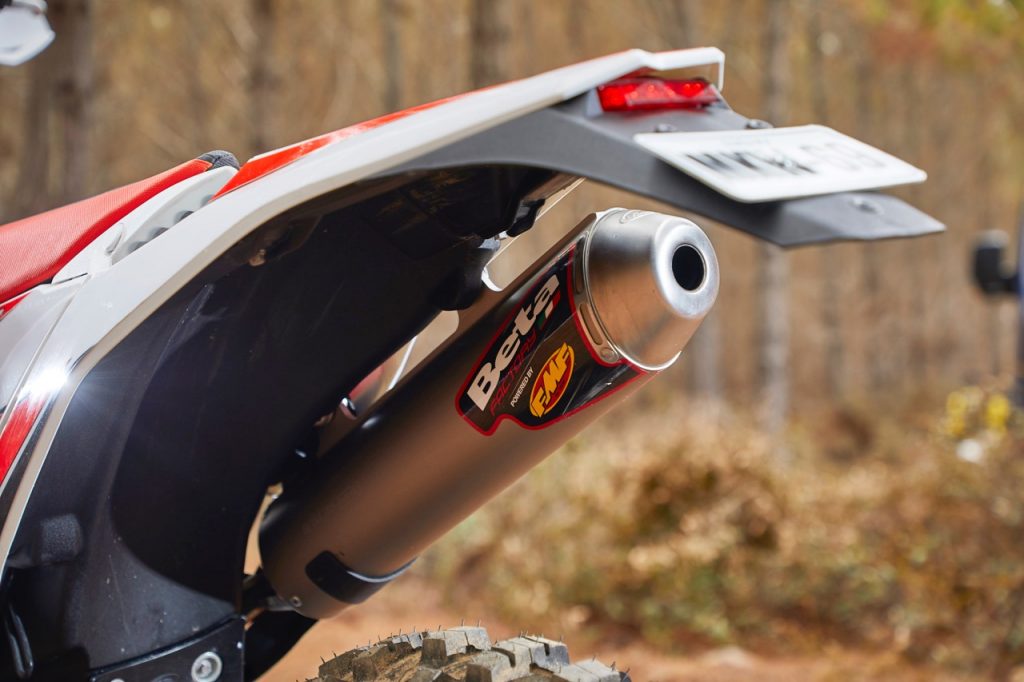 2. PLENTY OF LEGROOM
Some manufacturers accommodate my 195cm of supple lankiness better than others and while the Beta doesn’t have the seat height of a KTM or Husqvarna (960mm) I didn’t feel cramped. It comes down to the ’bar-to-’peg-to-seat dimensions and, despite losing 30mm to the Kato and Husky in seat height, the Beta doesn’t feel small.
It’s gotta be a Euro thing, as Japanese bikes have a slightly more cramped riding position in my experience. I didn’t feel the need to change anything to achieve a comfortable position on the bike and I’m sure the same would go for a lot of people which, at the end of the day, saves you money.

3. STANDARD STUFF
This is where the RR300 wins big points in my book. While some brands ask thousands more for a machine with comparable standard equipment or, in one case, thousands more with less standard equipment, the RR300 comes with a map switch, tapered ’bar, 2T oil injection, lithium battery, Takasago Excel rims, nickel-plated FMF exhaust pipe and an exclusive FMF muffler designed by the Beta engineers. There’s $700 just in the exhaust system and it’s included in the purchase price!

There is always more you can do to a bike and, ultimately, that’s up to the owner but out of the crate there really isn’t much to do to the Beta. The list of aftermarket parts available is awesome if you are a bling king, but it’s not necessary. My Beta RR430 long term test bike is relatively untouched and it features the same standard kit as the RR300 smoker.

4. LOOKS AWESOME
Like an Italian supermodel, the RR300 is tall and slim with no excess fat but there are grab handles where it counts, like near it’s rear-end. It doesn’t look like a boutique motorcycle despite some people still referring to Beta as a “boutique” brand. I’d love to introduce those people to this new-fangled thing called the internet…

The FMF exhaust system adds to the aesthetic appeal and while some prefer the older Beta styling, with more red in the plastics and less white, I say welcome to 2018. 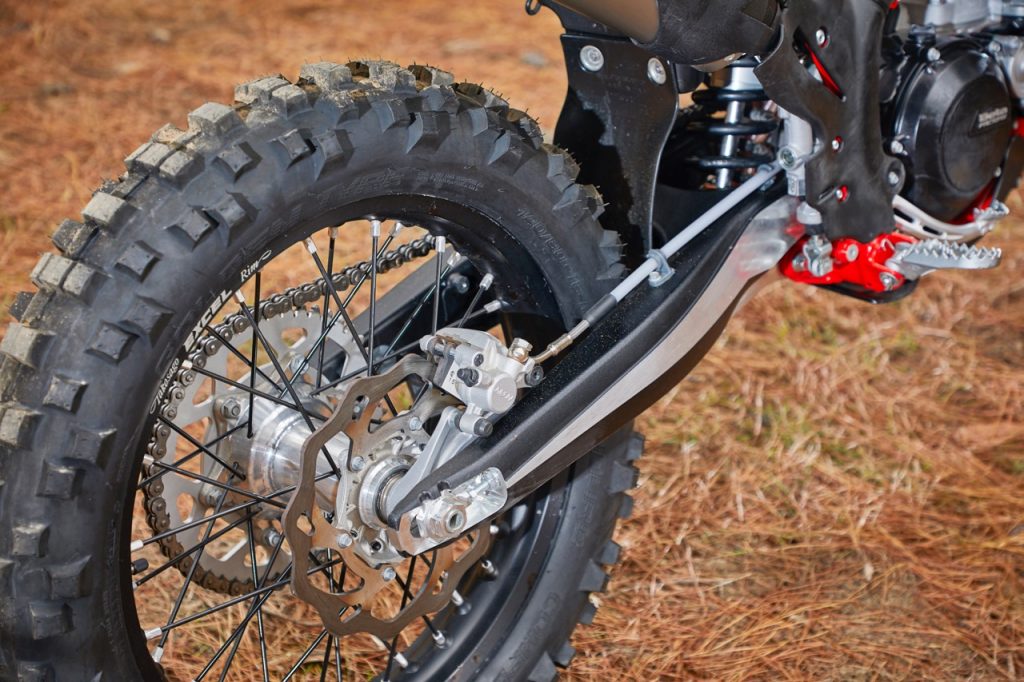 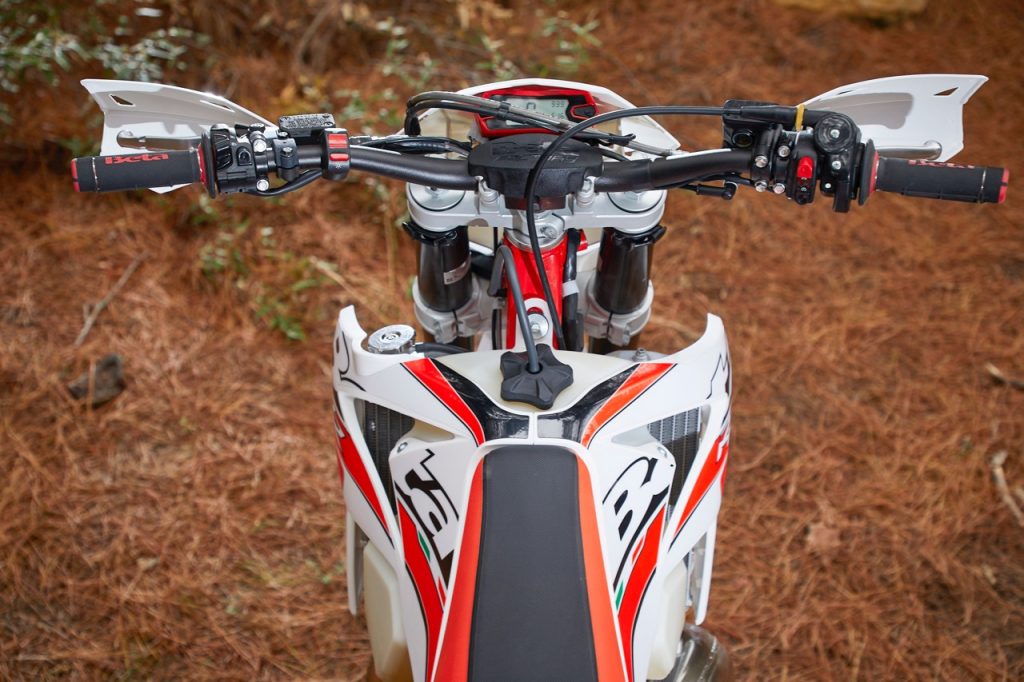 5. PARTS BACK-UP
This may come as a surprise to some readers, although I hope it doesn’t, but parts for Betas are no more difficult to get than KTM or Yamaha bits and, in some cases, it’s easier.
Beta Australia has a huge online parts store where you can buy every last part for your Beta down to the smallest O-ring and have them delivered to your door pronto without ever getting off your arse.

Aftermarket parts also are available from the online store and third-party accessory manufacturers are supplying Beta parts so things like radiator guards, bashplates, bling kits, seatcovers etc. are easy to find. And while a Beta won’t have as many Monster Energy graphic kit options as a YZ450F or KX450F, parts that matter are readily available.

6. OIL INJECTION
What’s not to like about a bike that mixes its own oil and fuel? In a world where convenience is everything, Beta’s on the money. An oil tank under the seat carries about 500ml of two-stroke oil and the injection system monitors throttle usage and dishes out the oil accordingly.

How quickly you burn through the oil comes down to how hard you twist the wrist. If you’re riding wide-open in the desert it will pump in oil at a faster rate than if you were plodding along second-gear singletrack. There’s also a low-oil warning light to remind you to top it up.

The only issue I’ve had with Beta’s oil-injection system was on my old Xtrainer when water corroded a diode in the wiring harness, which had the potential to interfere with the injection system, causing it to run rich but it was an easy fix. This issue has since been rectified at the factory. 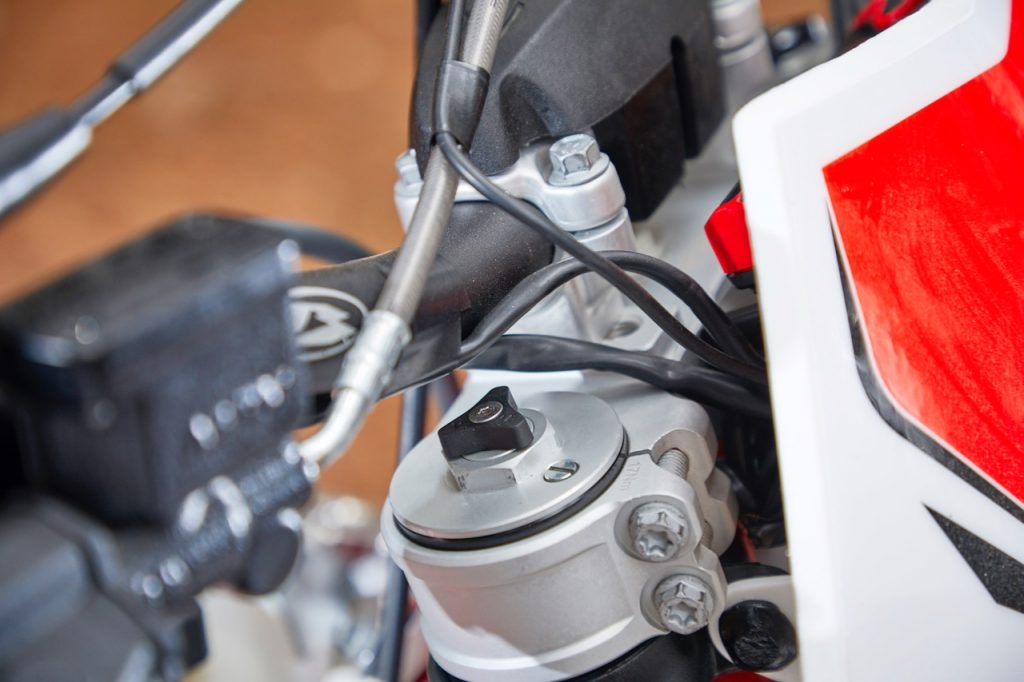 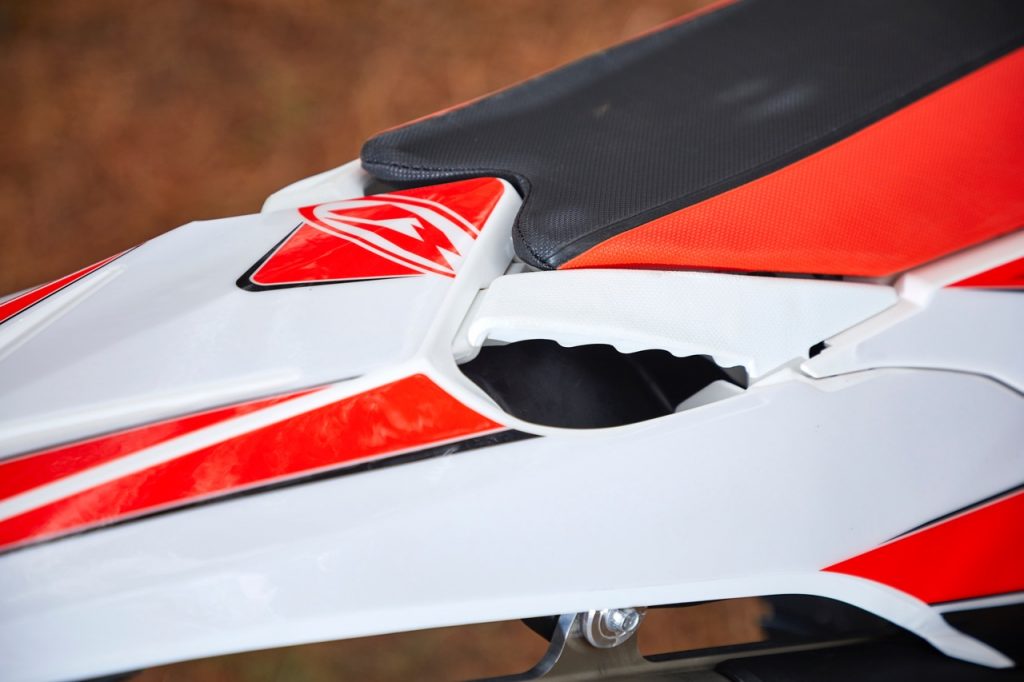 7. USER FRIENDLY
The RR300 is a docile machine that you can jump on and feel comfortable right away. It does have a wild side because, at the end of the day there’s still a 300cc two-stroke donk between your legs, but Dr Jekyll only comes out to play if you encourage it.

Beta has set up the RR300 suspension to suit the average trailrider so it’s plush. Some might find it too soft but I don’t, because I weigh one-tenth of stuff all but also because at the clubman pace I ride I’m not pushing the motorcycle to its limit.

Steel frames like the one used on the Beta inherently have flex which adds to the overall plushness and forgiving feel. It doesn’t beat you up so, over the course of an 80-100km singletrack session, you won’t feel as badly fatigued as you might on a stiff bike. This is something you’ll appreciate on those really tough rides when you’ve been physically pushed to breaking point.

VERDICT
Everyone’s breakdown of why they like a bike will be different and it all comes down to what you fancy. I like a bike that’s easy to ride and doesn’t smash me for six every time I open the throttle or get off line on the trail. While that won’t earn me points at the pub or in a room full of CR500 owners, anything a bike does or has that makes riding less tiring and more enjoyable is a winner, and the Beta has eight of them.