Chad Reed has just won his first race of 2015 on his Kawasaki KX450F. We take a look back to when Lee Hogan travelled to Florida to test Chad’s TwoTwo Motorsports weapon.

I kicked the TwoTwo Motorsports Kawasaki KX450F into life and was impressed by the note while it idled. Chad runs a fair bit of free play in his throttle, which I don’t normally do, but I thought why not give it a try?

I had always promised myself that if I rode Chad’s track I would jump his jumps nice and quick and not muck around too much. There were some huge hits out there, including two massive tabletops and a couple of decent doubles.

I managed to jump everything on the second lap, minus one scary downhill double that needs a turn on the take-off ramp. Both Chad and Michael Byrne had warned me about it. Once I’d finished my second lap Byrner had made his way out on his bike and was watching me ride around. I called him over and asked him to tow me in off the downhill double and it worked a treat. Even after doing it a couple of times you really needed to concentrate on this jump or there will be repercussions. Okay, so job number one was ticked off and it was time to get to know the Two Two Motorsports machine.

My first thought was how impressive the engine was. But of course that wouldn’t surprise too many people. However it was the type of power this engine produced that really did surprise me. The real art in building a factory engine is moulding the characteristics, not the brute horsepower. And riding this TwoTwo Motorsports Kawasaki KX450F allowed you to do things that you couldn’t do on an average bike.

The TwoTwo Motorsports Kawasaki KX450F begged to be tipped into ruts and railed through berms. The shock seemed like it had a brain of its own and would squat and drive when you needed it to but held up unbelievably well on the huge hits around the track. The fork, for me, was the only part of the bike that didn’t welcome me in the first few laps and made me work. It demanded that I pick the pace up and start hitting things brutally hard before it would do me the justice of moving up and down much at all.

So ‘up the pace’ I did, but a huge over-jump on the biggest tabletop still wasn’t enough to rattle the fork as I prepared for a ‘bottom-out’ that would surely blast one of my hands off the handlebar. The fork was either meant to be ridden quite a bit harder than I was riding or Mike did a sneaky switcheroo and put Chad’s supercross fork in. But when I asked the question, Chad assured me it was his MX fork and that I almost wouldn’t be able to push his supercross fork down a centimetre with my hands.

After heading in to drink about two litres of special Monster Energy Water (literally water in a Monster can) and sitting in Chad’s air-conditioned lounge room trying to get my core temperature down, it was time to head out again. I knew my time was limited! I’d be hitting the wall pretty soon and I had the dilemma that all this sweat meant that no hand tape was going to be sticking to my hands. Blisters were a certainty and, after looking at Chad’s hands that looked like he rode with wooden grips and washed his hands with Solvol sand soap, I knew they were coming…

So out I went for my next ride and felt way more comfortable. I started to learn more about the bike and figure out what made it respond well in certain situations. Chad and I had always been very similar in setting up bikes and I could see that with all of these resources I would have an almost identical setup. I found that a slightly more aggressive riding position over the front of the bike allowed the front end to track a lot nicer and once I built the confidence to charge the face of these jumps harder the bike really came into its own for me.

This thing worked great for me in all circumstances including big and small hits. Whether you were charging hard or just cruising! Acceleration out of choppy corners was phenomenal and it tracked straight as a dime entering rough turns. The rear end on this bike was your ‘get out of jail free’ card. Numerous times I launched off a single jump cresting a hill and landed sideways in these sandy bumps. The rear end would just cop it on the chin, straighten me out and drive forward.

For most average punters out there who can appreciate riding a 450cc motocross bike, just about all of you would go faster and ride smoother on this bike (minus the fork, which is pro-level only). There were no real surprises for me when I had a good chance to take it all in days later. 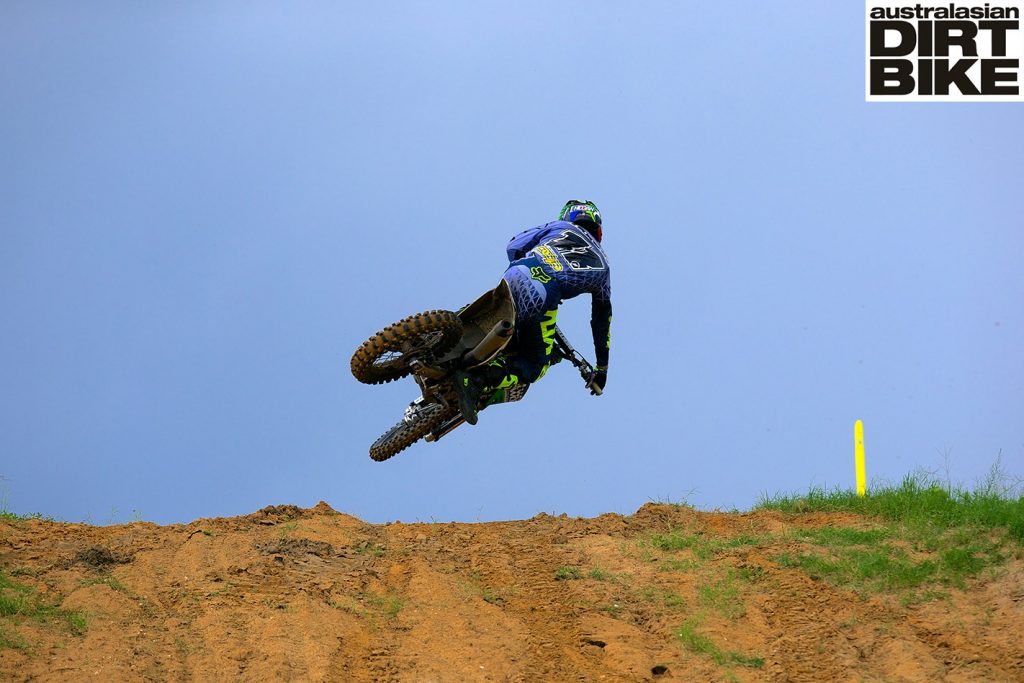 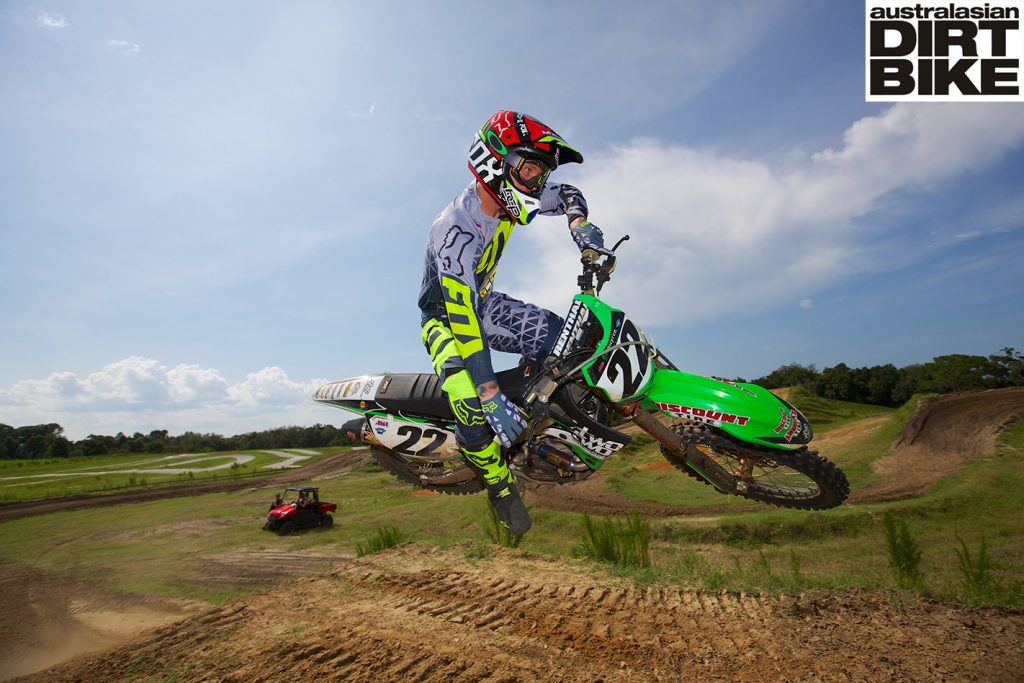 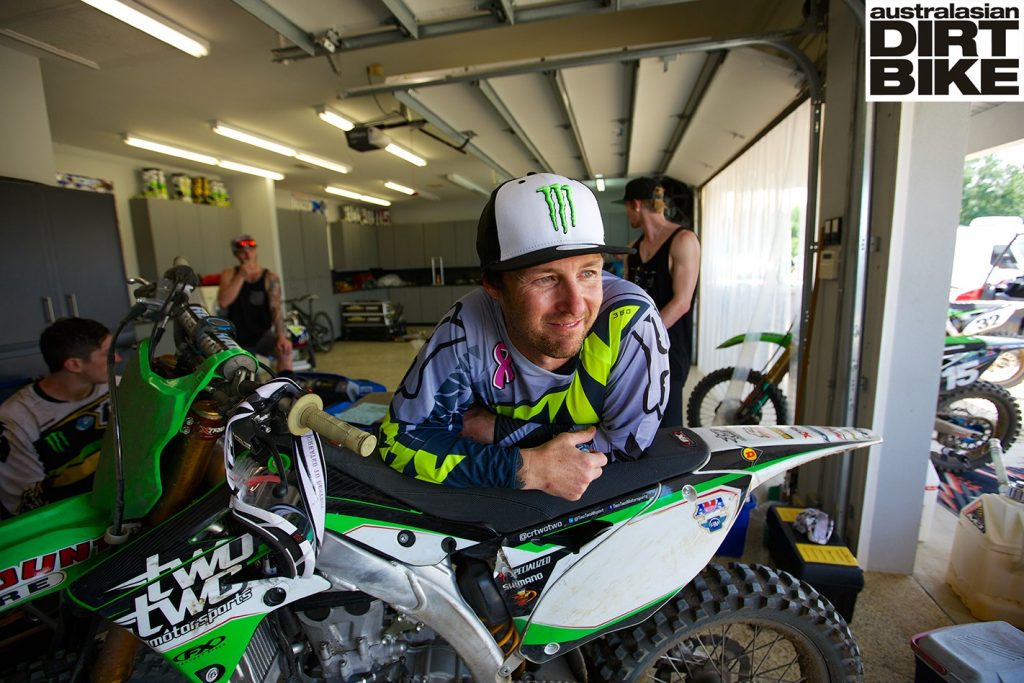 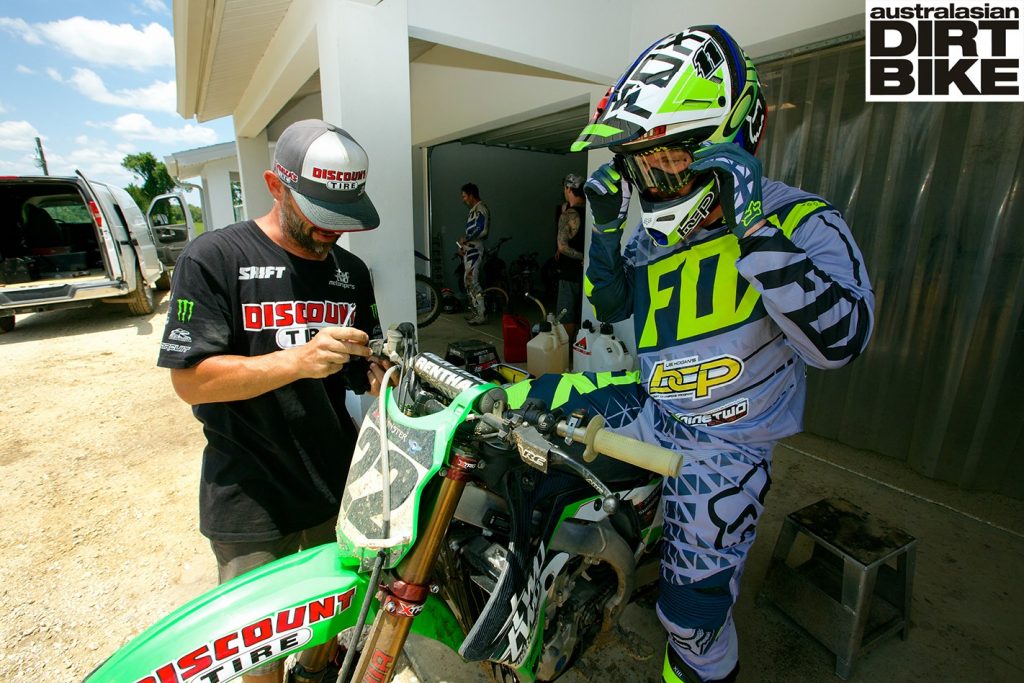 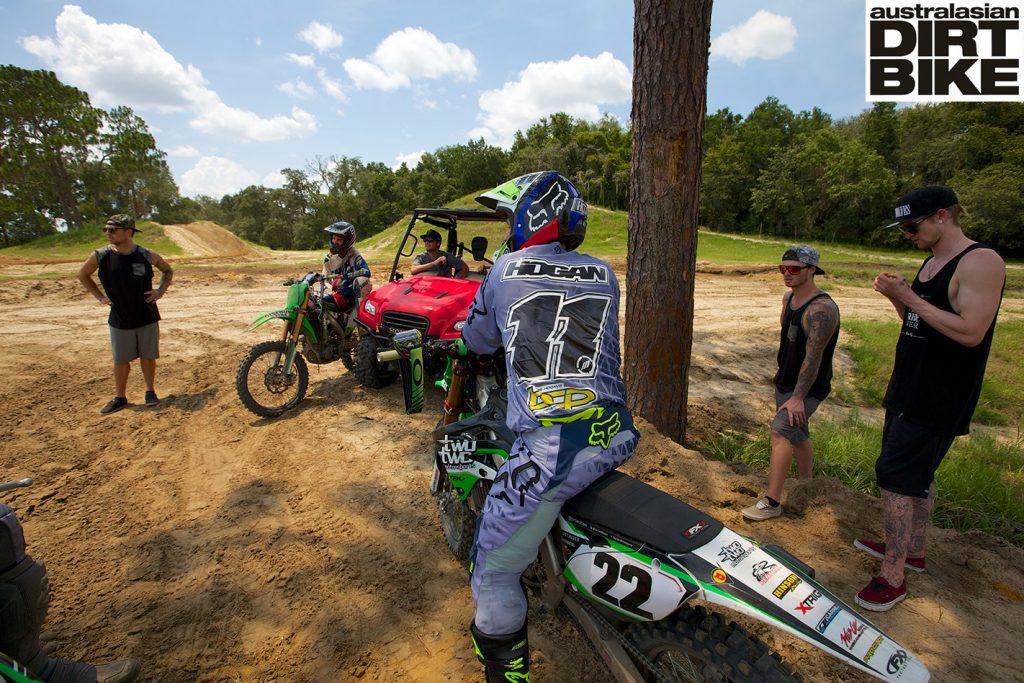