In March, Honda dragged a bunch of precious moto journos to Big Red to launch its latest big red over a three-day adventure ride.

Uluru was an appropriate place to unveil the all-new Honda Africa Twin 1100 seeing as how the mighty rock is Australia’s beating heart and the Africa Twin is one of Honda’s.

It was hot (averaging 40degrees every day), dense with flies thanks to 40mm of rain in the week before (even the locals were wearing fly nets) but the precipitation had transformed the landscape and what is typically a dust bowl was brimming with flora. On day one we belted out nearly 1000km, 200 of which were on dirt, the rest was 130kmh touring kays. The following two days were nearly 500km each and almost exclusively red-dirt roads and twin track. 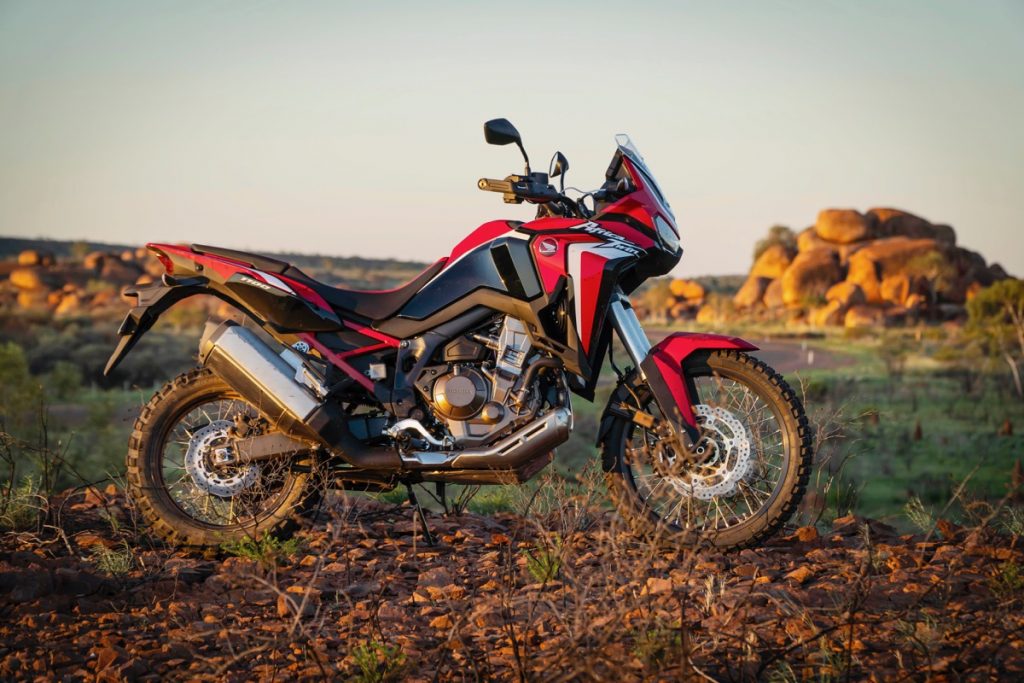 HOW DIFFERENT?
Before MY20 Africa Twin details were revealed I assumed it would be a bored-out version of the old model with fancy electronics. How wrong I was. The bike is almost all-new. In fact, Honda says 70 per cent of the parts are new.

The frame, suspension and ergos also got an overhaul. The chassis is all-new, 1.8kg lighter, slimmer and straighter and offers those short of stature a 40mm easier time thanks to a narrower subframe, which is now aluminium and removable.

Suspension is still Showa but with more adjustment and wheel travel. The shock now has adjustable preload via an easy-to-turn knob. And if you’ve got a heap of spare change lying around thanks to your hand-sanitiser factory you can opt for electronic suspension adjustment. 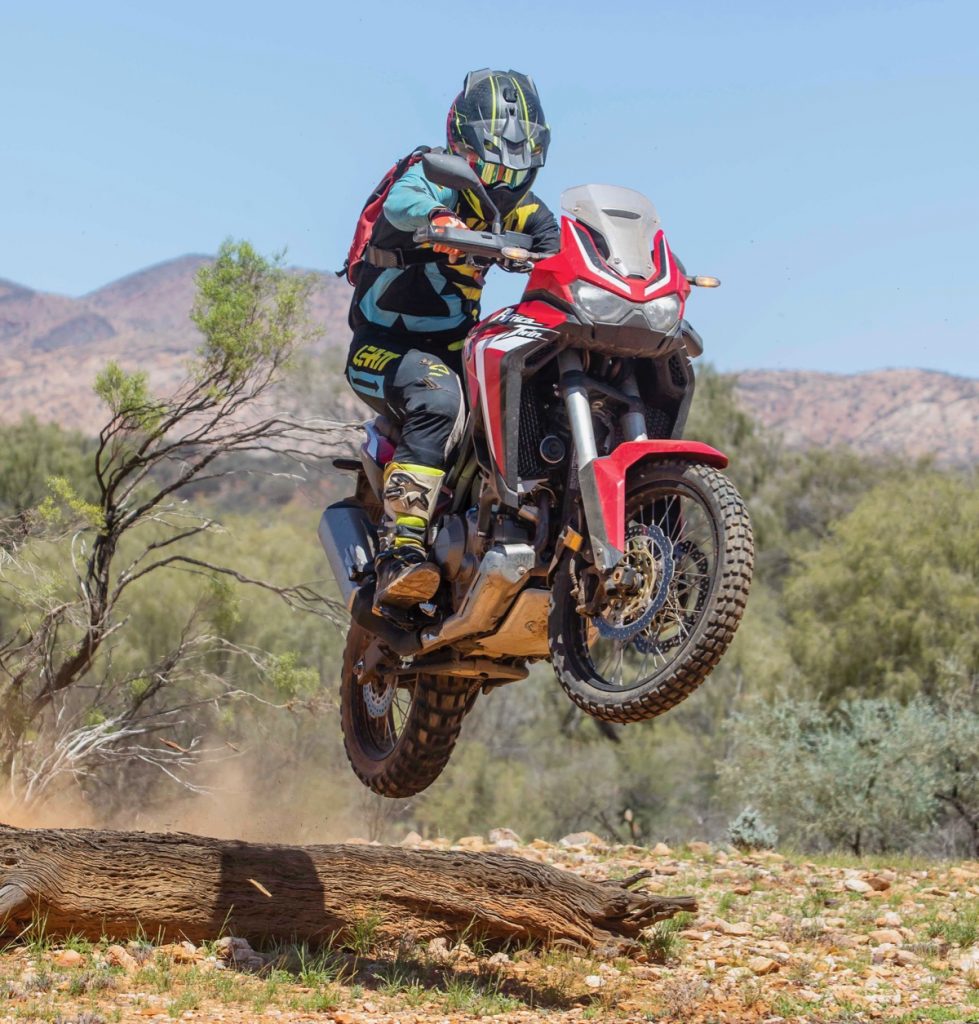 While the engine, suspension and chassis underwent serious surgery, the electronic components probably got the biggest overhaul.

There are seven levels of HSTC (Honda Selectable Torque Control) including off, which is the same as last year, so you can slide to your heart’s content, and three modes of wheelie control, from lame to mudguard scraper. There is an off-road ABS mode which allows you to slide the back but the front cannot be disengaged. Auto-cancelling blinkers and cruise control are standard and the hazard lights come on when you slam on the brakes.

Riders can select between four ride modes (up from three) from Road to Off-Road Plus and there’s the option for two custom modes. Everything mentioned here can be adjusted in the custom modes.

The Africa Twin is the first Honda to receive a 6.5 inch full-colour TFT touchscreen which is controlled from the left switchblock. It has Bluetooth connectivity and Apple CarPlay. Finally, the Adventure Sports mode comes with a large, adjustable windscreen which is nearly 60mm taller than the previous one. 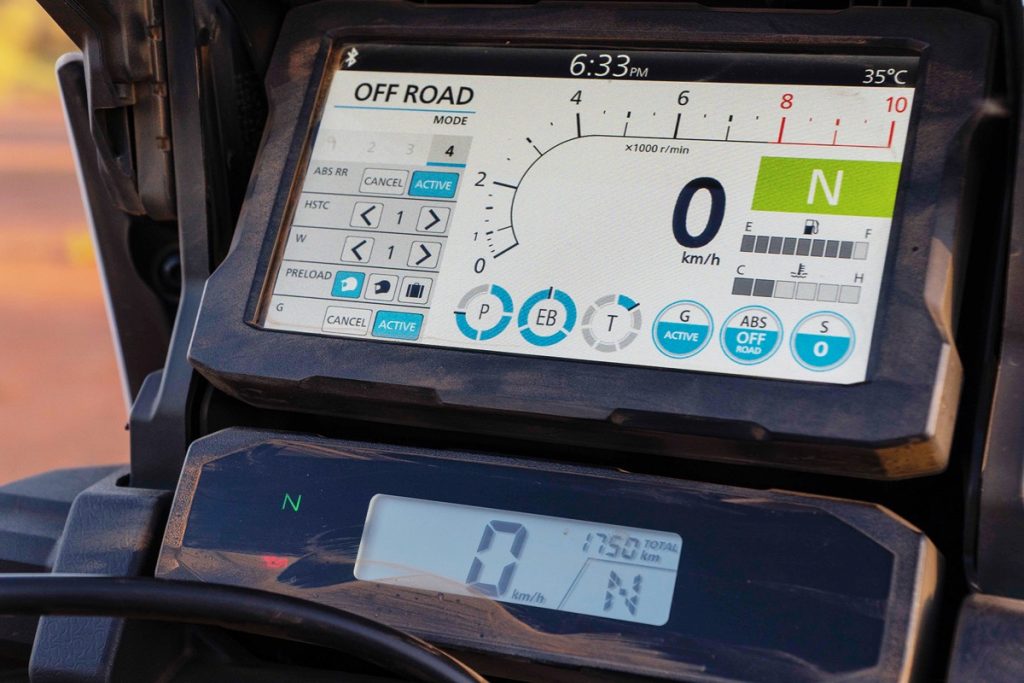 WEIGHT RIGHT THERE
At 226kg and 238kg wet, the standard Africa Twin and Adventure Sports models have a lot to pull but they are three and five kilograms lighter than their predecessors and they pull it pretty well! There wasn’t one journo who wasn’t impressed with the improvement. It produces more torque, better overall power, firmer suspension that still floats across the small stuff, more comfortable ergos, more tech and a better rider interface. And of course there are also a bunch of things we would like Honda to change, but you’ll have to grab the latest issue of ADB for a more detailed review. 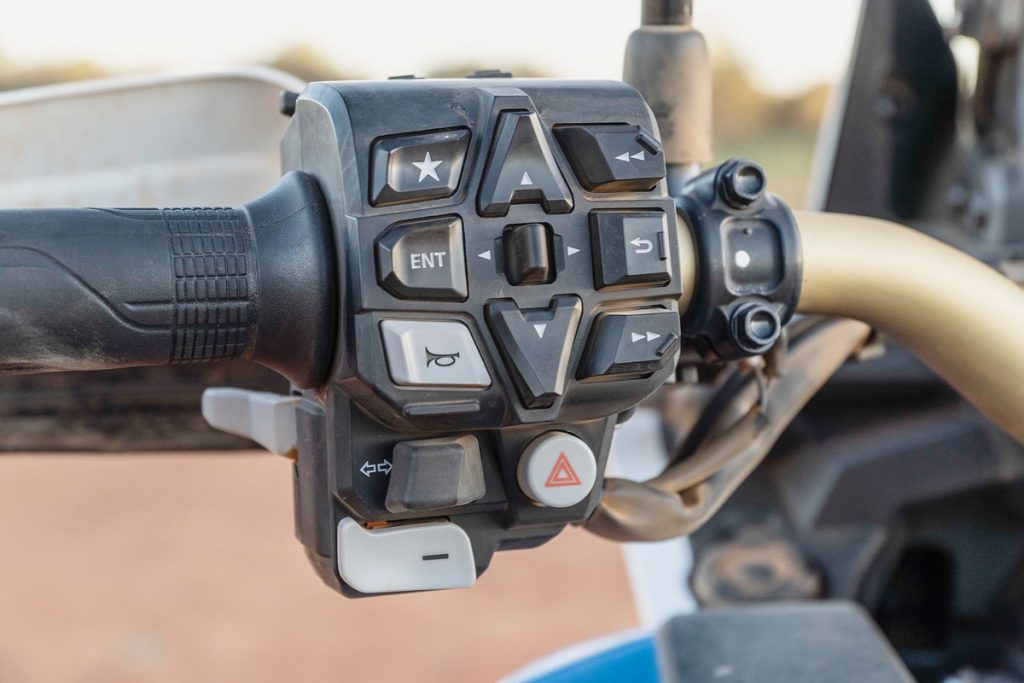 From the chassis to the ergos and suspension, the Honda Africa Twin 1100 was a joy to ride. It was so well balanced, I felt comfortable sliding in the dirt, traversing rivers, bashing through sand and even setting the cruise to 130kmh and taking it all in. Some would say all the electronic gear just gets in the way but with the Africa Twin, it doesn’t, it improves the bike.