Editor Emeritus Andrew Clubb has given me his blessing to do what I please with his Beta RR430 long-termer as it looks like I’ll be taking care of it for a few more months.

With his permission, I’m looking into ways to modify the 430 to suit my riding but I’m having a hard time deciding what to do.

Not because I’m spoilt for choice but because I don’t really want to change much. What I have done since my last update, however, is given the big girl a service and it was a learning experience for all involved.

What did I learn? Firstly, all engines across the Beta four-stroke range have separate oil supplies for the transmission and engine. I didn’t know this and it was lucky I dropped in to see Cameron at 01Moto in Warriewood, my local Beta dealer, before I clipped on my Bob The Builder toolbelt and got to work.

I warmed up the bike and decided to attack the transmission first.

The oil that came out looked okay but the magnetic drain plug had a healthy collection of metal filings clinging to it. Being the bike’s first service though, it’s normal to see some metal flecks on the plug. I filled up the transmission with the manual-specified 750ml but here is where I ran into my second learning curve.

The transmission doesn’t have an oil window, you have to undo a bolt and if some oil dribbles out then you’ve done well. But when I undid it, oil came pissing out.

I thought I’d stuffed up so I jumped on the phone to Cam. Turns out the oil level hole gives a false reading and shouldn’t be used. Just pour in 800ml and she’ll be right, Cam told me.

To be safe, I drained the transmission a second time and then filled it up with 800ml, job done! 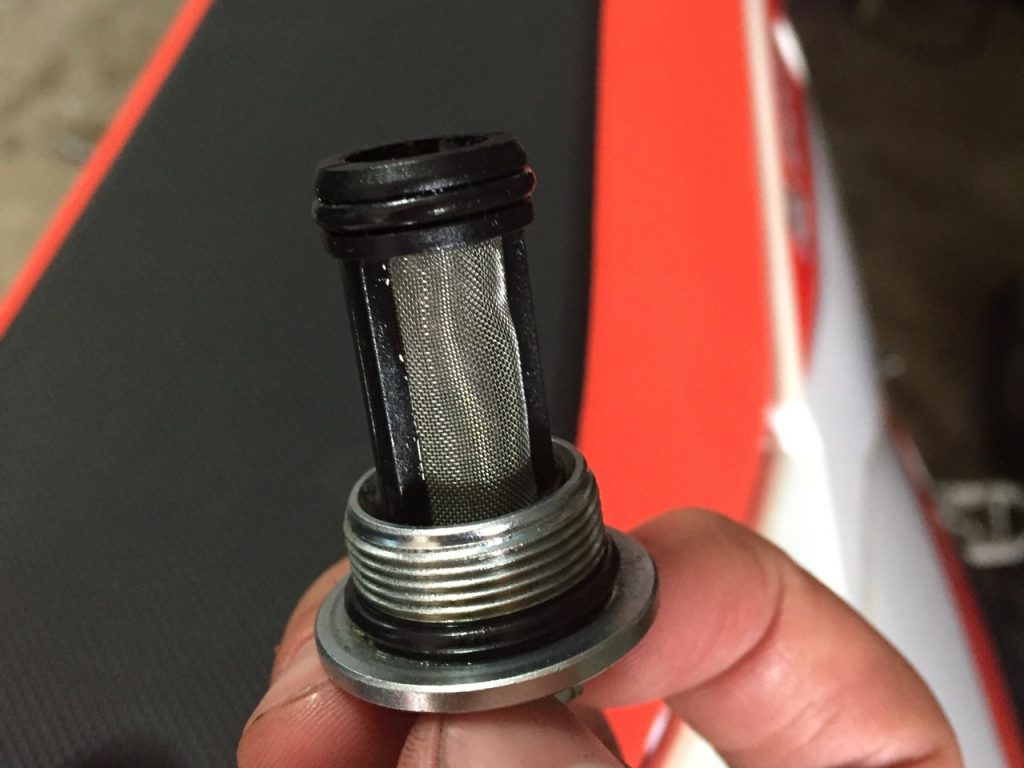 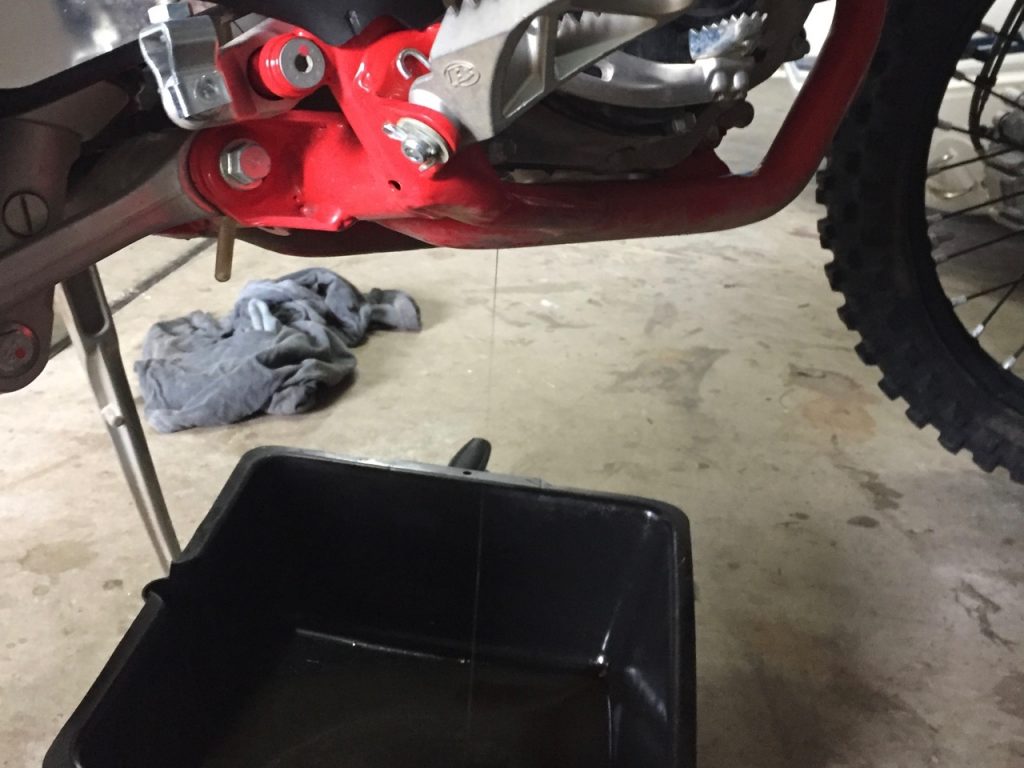 The engine oil was much more straight forward. The only thing that surprised me was that the sump plug had a mesh filter attached to it (see inset photo) that collects any crap in the oil. It was clean so I thought that was a good sign.

With the engine oil drained I changed the cartridge filter and filled up the oil with the specified 750ml. The engine oil has a sightglass and, to my surprise, I got it right the first time. There’s a first for everything!

Besides changing the oil, I’ve also been riding the RR430 and loving it more every time I throw a leg over it. Where it surprises me the most is in slow-speed extreme enduro style terrain. It can lug down very low for a big four-stroke.

It does have the habit of overheating in slow going so my next job is to fit a thermo fan. Beta Australia’s online store sells a thermo kit for $160 so I’ve organised one. And for those of you with radiator guards, the fan does fit with them. I’ll keep you posted on how well it works. Digital Editor Olly Malone