LAST MONTH I talked about finding more bottom-end for the Yamaha WR250F. Well, I found it, courtesy of the GYTR exhaust.

We all know improving a bike’s air intake will improve performance but I didn’t know a pipe would make that much of a difference off the bottom.

The muffler is made by FMF, but it’s not just the silencer that’s increased torque. The Mega Bomb header pipe is also made by FMF and improves gas flow out of sight. When hopping ledges and trees on the trail, minimal clutch work is now needed, a simple blip of the throttle will lift the front-wheel no matter where the revs are or what gear you are in. It’s not quite like 350F power but more like a controllable YZ250F. Oh and it sounds awesome as well!

The pipe was easy to fit despite having to wrap it around the cylinder but we were unable to refit the heatshield on the right-hand side as the new header pipe is narrower and the shield was too wide. Same goes for the exhaust clamp on the left side of the pipe. Fortunately, a spring holds the pipe together on the left and we haven’t missed the heatshield yet.

While the power gains have been phenomenal, proving just how choked up the stock pipe is, the GYTR muffler and header are a tad expensive at over $1200, a significant expense in the search for more torque. But, in my opinion, it is worth every cent. Try negotiating with your dealer to throw a pipe in at a reduced price when you buy the bike. 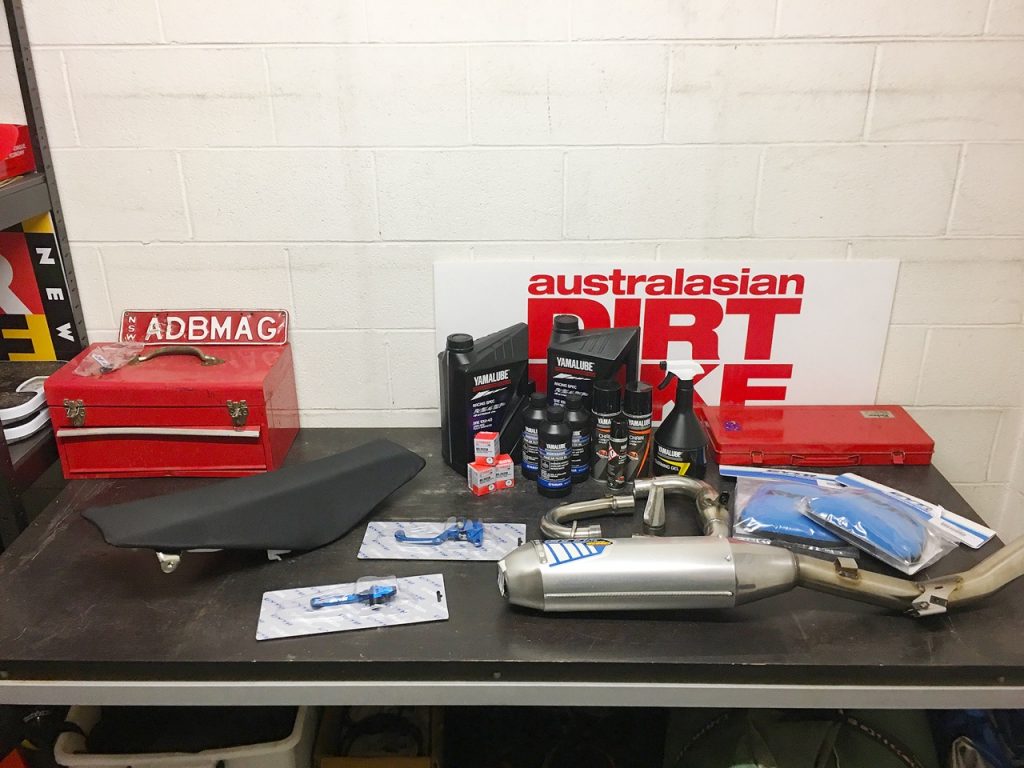 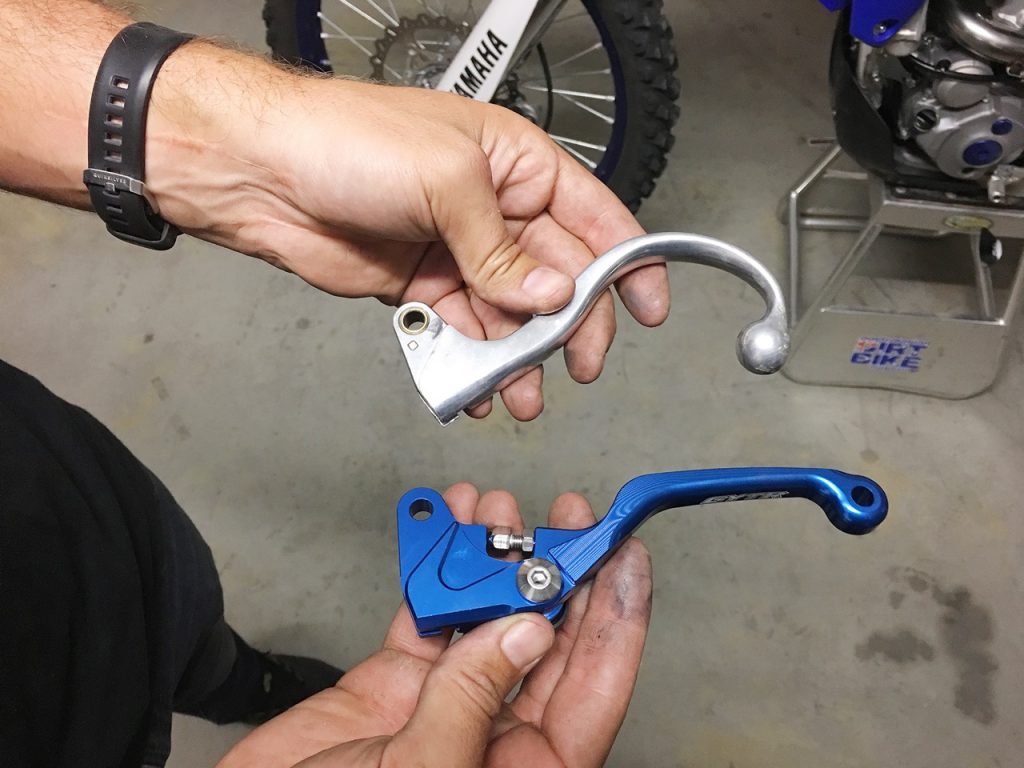 I know I often talk about suspension being the first modification anyone should make to a bike, but that was before I spent significant time on a 250F. The suspension is suitable for trailriding so, after the modifications described in last month’s update, the suspension will suffice.

Next on the list was a new set of levers. In a small tip over I managed to bend the clutch lever like a banana. Fortunately, it did not break, allowing me to get out of the hell hole I’d ridden into. I was at the bottom of a ravine in the middle of summer with humidity at 90 per cent when the bike landed on its side.

Unlike many other levers that have a weak point at which they are meant to break, the Yamaha one does not so it bent instead. Despite the levers feeling a little agricultural, the fact it bent and didn’t break is actually a good thing. The blue-anodised GYTR levers are lighter than the stockers, more comfortable, tapered, and also look good. While they’re more expensive, your forearms will appreciate the upgrade.

As for the rest of the bike, after three months and 15 hours riding, I’ve done three oil changes, and cleaned the air filter after every second ride. It has not burnt any oil and the chain hasn’t needed adjustment. The brake pads still look like new and they haven’t glassed over or shown any signs of squealing. So far the WR is doing what WRs do, proving reliable, easy to live with and fun to ride. Editor Mitch Lees