I’ve just got news that my time with the RM-Z450 is coming to an end. As disappointing as this is, I am happy to be parting with the Suzuki on the best of terms.

Over the last few weeks, I’ve had the chance to get out for a few good rides and enjoy the bike. Before I go too far into that, let me run you through my time with the RM-Z, what we have been up to and how I set it up.

For my first few rides I decided to leave it untouched. I know this is out of character but I wanted to get a good feel for the bike and ride it on a few different tracks and different terrain to see where the bike excelled and where it needed improving.

What I came up with was that the front suspension was a little soft and the rear too hard. The front-end would ride a little low in the stroke and the back-end was chattery over bumps and didn’t soak up the small chop very well.

I felt this suspension didn’t really compliment the chassis so I added 2.5mm of preload to the standard springs in the fork and also stiffened the compression valve stack by adding shims. I then slid the fork tubes down through the triple-clamps so that the caps are now only 9mm above the top triple-clamp.

This changed the front-end drastically, it now sits higher in the stroke without knifing in the turns and absorbs the bumps much better. While I had the fork apart I fitted a set of SKF seals and dust seals. These seals significantly lower friction on the fork tubes and allow for much smoother and more precise suspension travel, while also being much more durable. 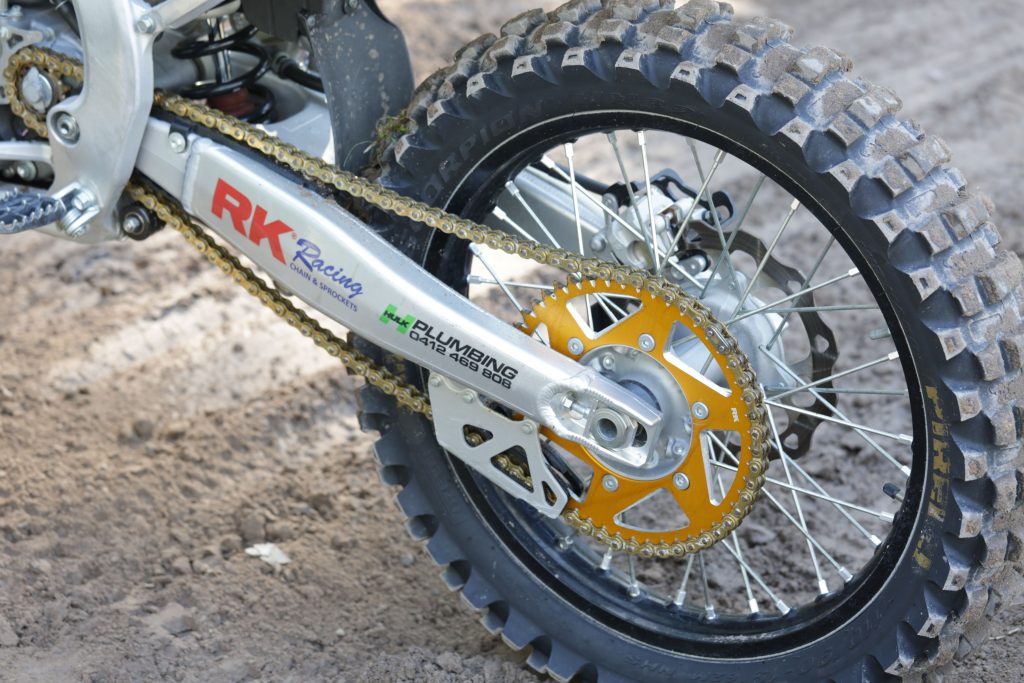 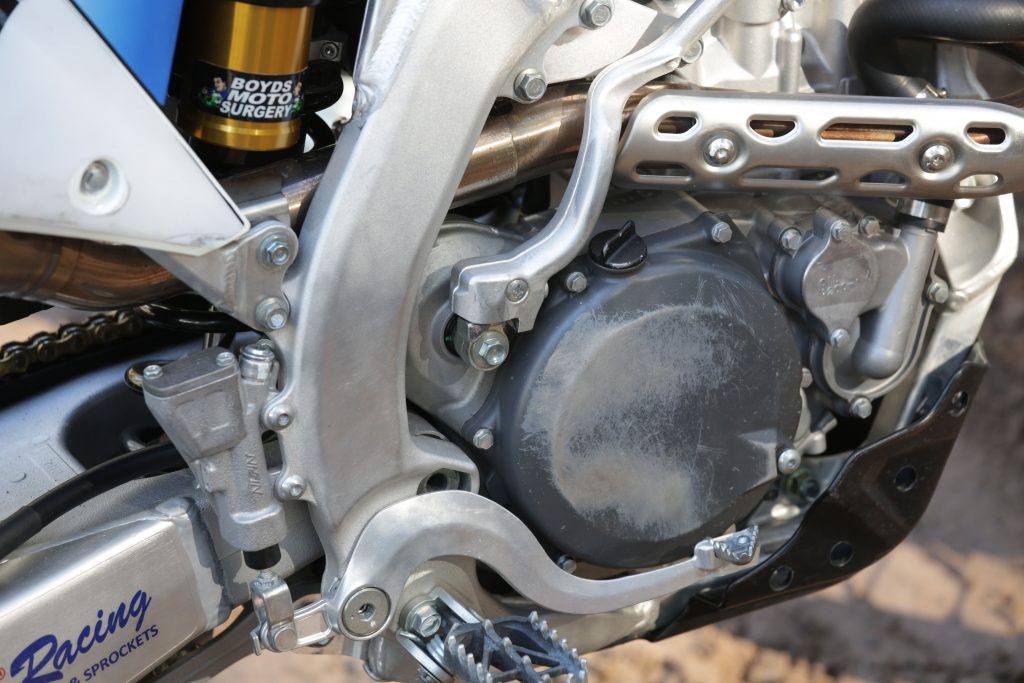 REAR SQUAT
At the rear I was originally running sag at 108mm to get the back-end to squat under power and make the bike corner better but once I altered the compression valve stack in the shock to be softer I was able to go back to running 105mm of sag as the suspension now squatted nicely. This made a big difference in the rear-end.

The monoshock was now much more active and would travel through the stroke while hitting bumps instead of skipping and chattering across them, giving me much better traction. Once I got the kinks out of the RM-Z suspension the bike became much easier to ride.

The ride was smooth and the chassis handled well and was planted at speed. While typing this I have heard that the 2019 RM-Z450 has similar suspension specs to the set-up on mine, so obviously the boffins at Suzuki read ADB.

In the engine department, I noticed that the RM-Z’s power was very smooth and linear off the bottom. For a beginner or someone on the lighter side this is fantastic but I wanted a little more hit off the bottom. I found even with the lean mapping plug the bike still wasn’t giving me the kick off the bottom that I was looking for.

The silencer on the RM-Z is quite large and restrictive so I took it apart, removed the baffle and shortened it by 40mm. This livened up the bottom-end quite a lot but it still wasn’t exactly what I was looking for so I fitted a Yoshimura RS4 complete exhaust system. Paired with the lean mapping plug this made drastic changes to the bike’s power.
The hit off the bottom was much improved, as was the mid-range torque and top-end. The RM-Z has a good engine, it just needed a more free-flowing exhaust to allow it to show its potential. What I also noticed about the engine was that it was mapped quite rich from standard. 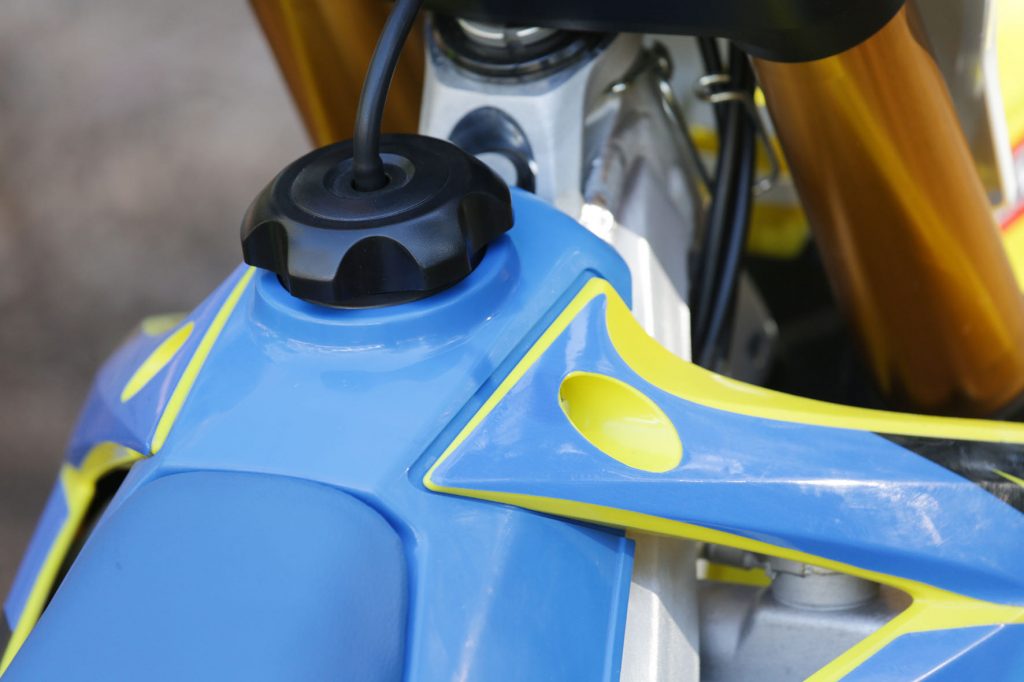 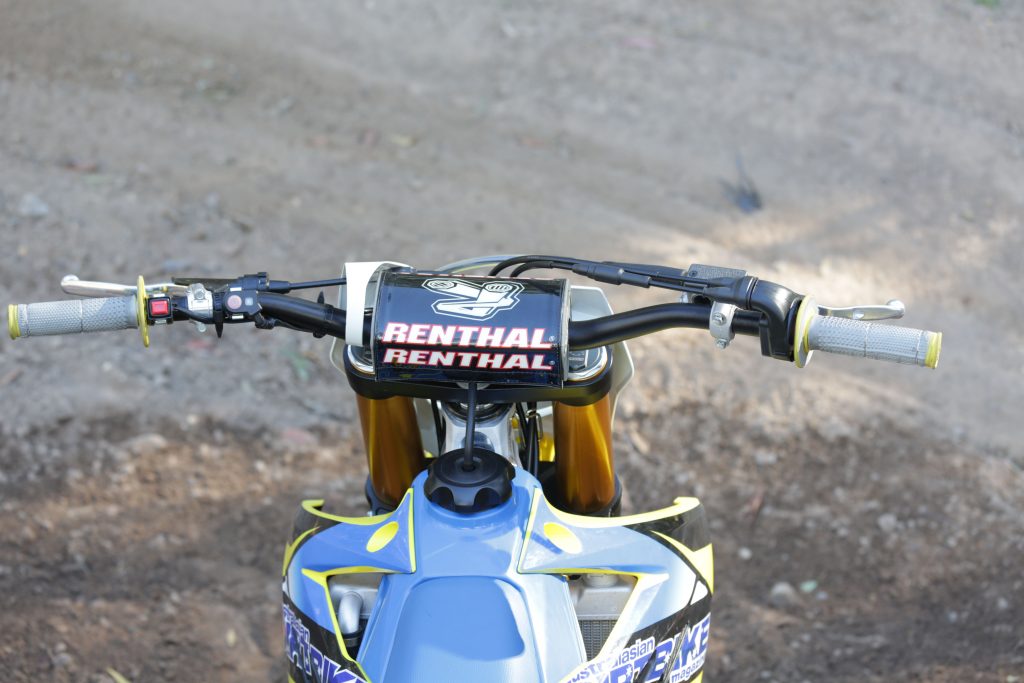 This means that at low engine speeds, like when idling through the pits, the bike would tend to hunt and surge in power or flame out easily. This problem was improved significantly by fitting the Yoshimura RS4 exhaust as well as running the lean map plug but, being the super picky person that I am, I could still notice it.

If I had the opportunity, I would have liked to fit an aftermarket ignition so I could remap the bike and solve the issue. I guess as a buyer you can buy an RM-Z450 and fit an aftermarket exhaust knowing that the bike won’t run too lean and cause premature engine wear.

I have always run the bike on Ecstar full-synthetic 10W40 oil and have used genuine Suzuki oil filters and air filters. I have changed the oil and oil filter every five hours and cleaned and re-oiled the air filter after every ride. This is the key to keeping an engine in good condition. Dust and dirty oil both cause damage to the engine and drastically reduce its life.

I’ve checked the valve clearances twice and both times they have been well within the manufacturer’s specifications.

The other genuine Suzuki part that I have been using is a modified RMX450 plastic bashplate.

With some modifications it fits onto the RM-Z and guards the engine from flying rocks and debris. It does need some heating, stretching and slight modifications but it offers plenty of protection once fitted. 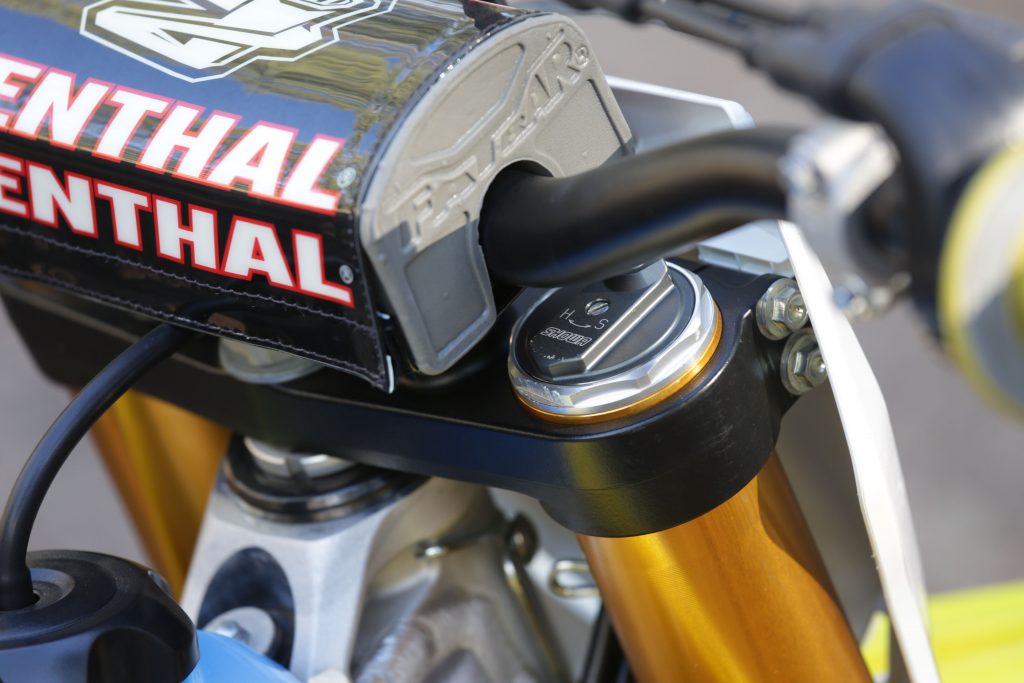 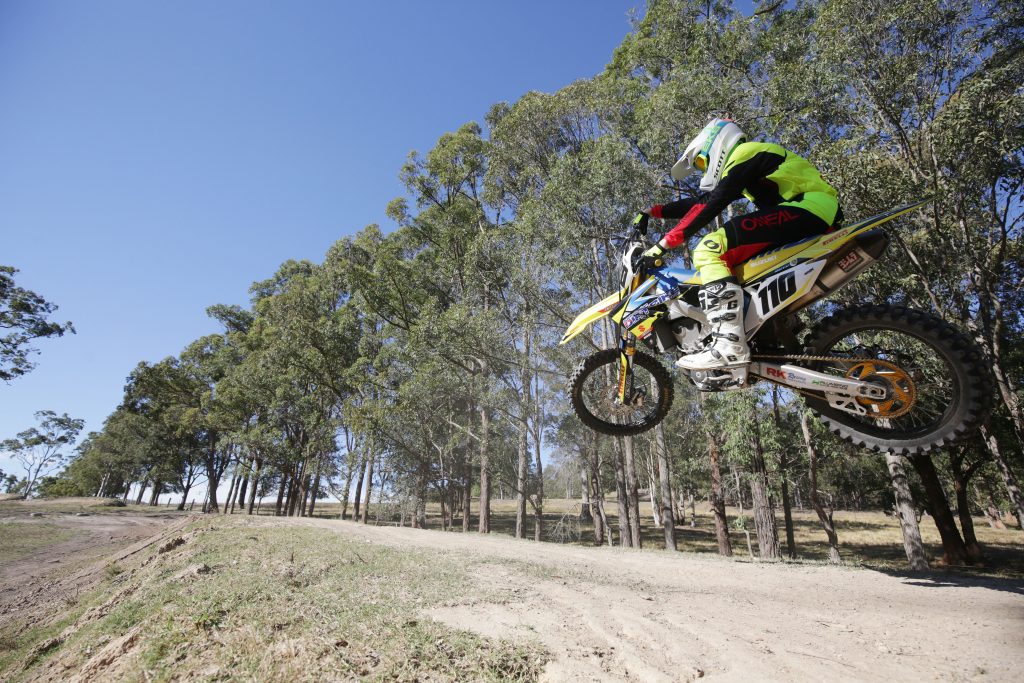 SCORPION
As you guys would already know, I have been running Pirelli Scorpion MX32 tyres on the bike. I have opted for a Mid Hard compound tyre on the rear for the added durability and a Mid Soft on the front for a little more front-end grip. I am really happy with these tyres and these compounds.

I’ve also been using an RK Racing chain and sprockets, the gold-anodised rear sprocket looks nice and flashy while the heavy-duty gold racing chain is slim, so it doesn’t chew out the guides, and has thin sealing rings to offer the benefits of an O-ring chain while having very little drag. The front sprocket is made from heavy-duty steel. They have been wearing really well and still have many hours of use left in them.

On the cosmetic side of things I have a custom seatcover made by Topline Upholstery and a custom Australasian Dirtbike Magazine sticker kit done by Kustom MX Graphics. I use both of these firms because they just keep getting it so right.

The KMX sticker kits always come through looking stylish and are exactly what I ask for. The fact they are really tough and durable is just the icing on the cake. The seatcovers by Topline are always top level and super easy to fit. Mario from Topline fits an elastic around the seatcover so it actually snaps into place when you place it over the seat foam, making fitting really easy.

I have thoroughly enjoyed the RM-Z. It had a few kinks that I had to iron out but nothing too drastic or that required huge amounts of money, mostly they were just things to suit my personal preferences.

Mechanically the RM-Z is still in perfect shape and has not let me down once. We try to only pick quality machines that are popular with our readers as long termers, and, as a result, I don’t have a single complaint about the reliability of the bike; it performed flawlessly. This bike has just as much potential to win races as any other, I can’t wait to see what Suzuki do with it over the next couple of years. Hopefully I’ll get the chance to ride another yellow bike soon.