For the launch of the 2019 Yamaha YZ250F, we headed north to Queensland, hoping that the sun would shine on its latest entry in the 250 class.

Media representatives and Yamaha ambassadors from Australia and New Zealand flew into Brisbane for the formalities, which included a presentation and dinner. 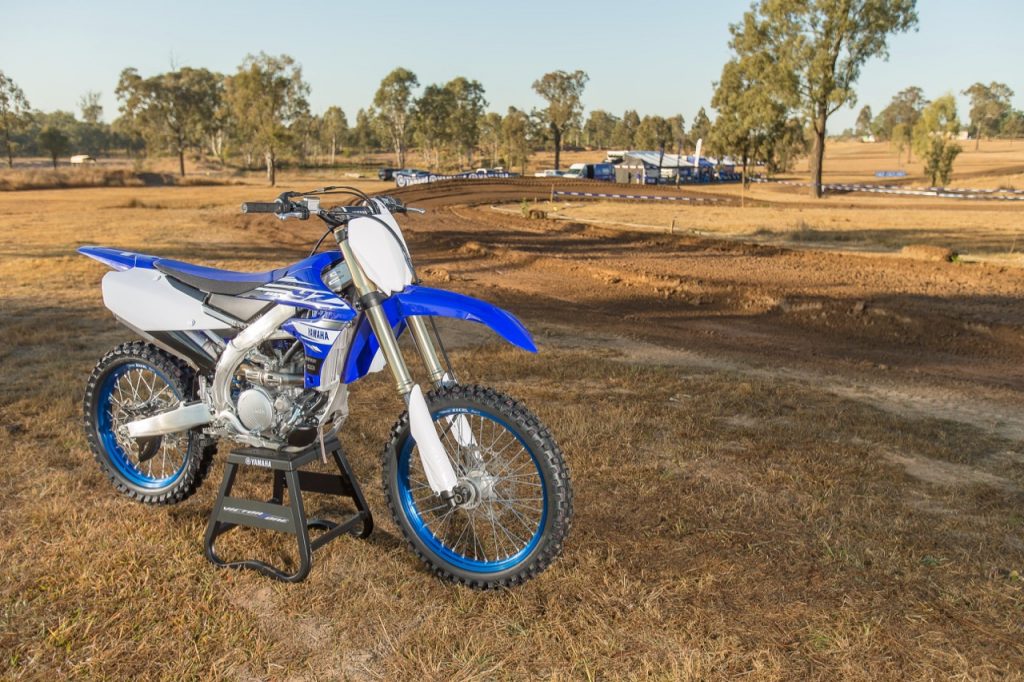 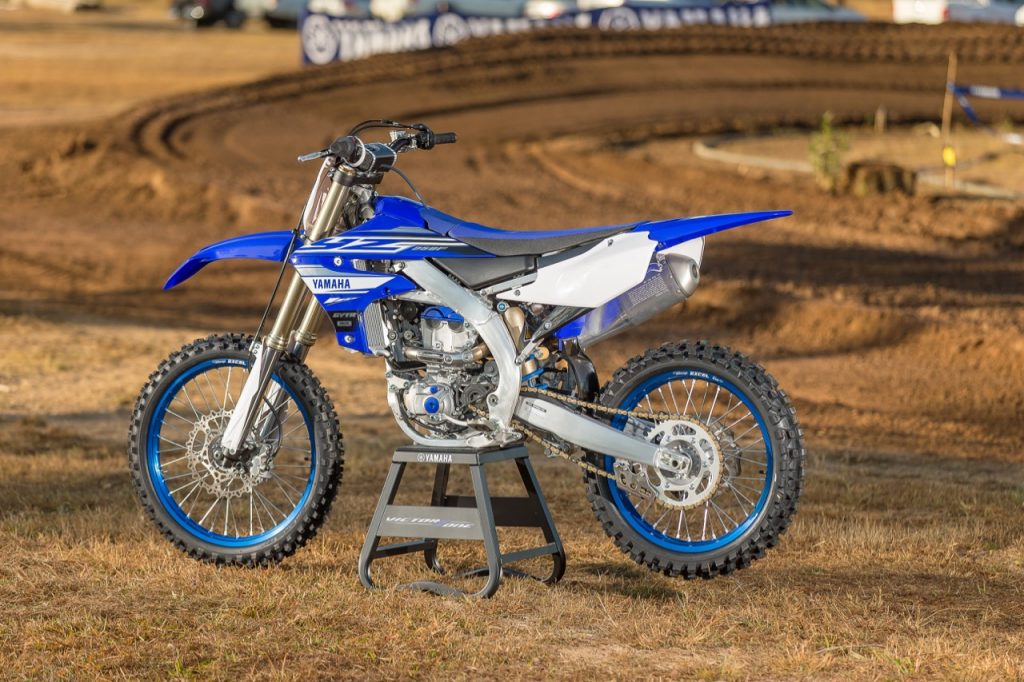 5 ELECTRIC START
Not so long ago it was rather special to have electric start and you’d stand out from the crowd when you casually pushed the button. These days it is becoming the norm and it is almost frowned upon as being out of date if your bike doesn’t have one.

I am a huge fan of electric start on a motocross bike, particularly with the light lithium-ion batteries that don’t throw a kilo or two onto your bike up high. The starter on the 2019 YZ250F worked okay for me.

The battery was flawless and didn’t lose charge even slightly when I needed a few goes to get the bike fired up. It’s a good idea to get your smartphone tuning dialed right in because, once we did, the bike seemed to become a tad easier to start.

4 CHASSIS
I am a huge fan of the new chassis, which was introduced on the 2018 YZ450F. The more aggressive front-end geometry really allows the bike to hold its line through tight corners much more effectively. And this aspect of the handling is extremely noticeable on the 250.

The bike really did track exceptionally well through all the turns. And I didn’t encounter any over-steering in any of the sandy berms, which I had anticipated with the more aggressive set-up. The overall feeling of the chassis, particularly in the back two thirds of the bike, was quite rigid.

I spent a fair bit of time with the Yamaha engineers on the day playing around with settings to try to get a little bit of plushness into the ride after Yamaha increased chassis rigidity by a claimed 25% vertically, 9% horizontally and 15% torsionally.

I found that with the recommended 35mm of static sag that everything felt a little bit on the twitchy side in the back-end. By going from 35mm to 40mm I managed to find a bit of plushness in the overall feeling of the bike as the track developed some choppy bumps, but that extra static sag made the bike sit a little bit low in the rear under acceleration.

A stiffer rear spring would help iron out this issue for me but, overall, I certainly prefer the 2019 chassis and its aggressive characteristics over the 2018. It will just take some tweaking to set it up to your personal taste. 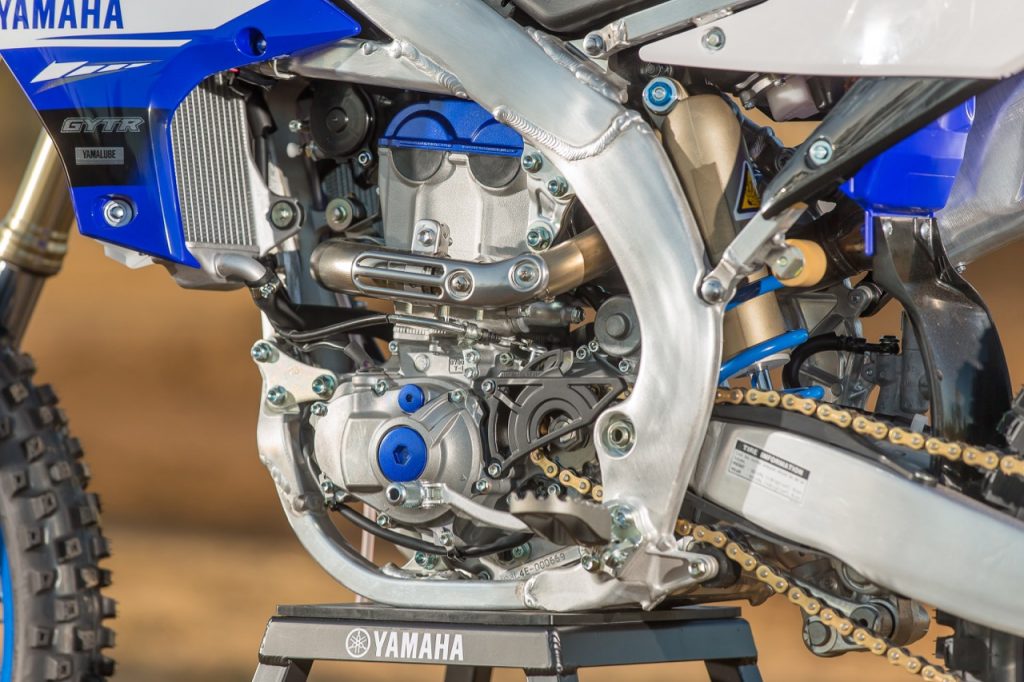 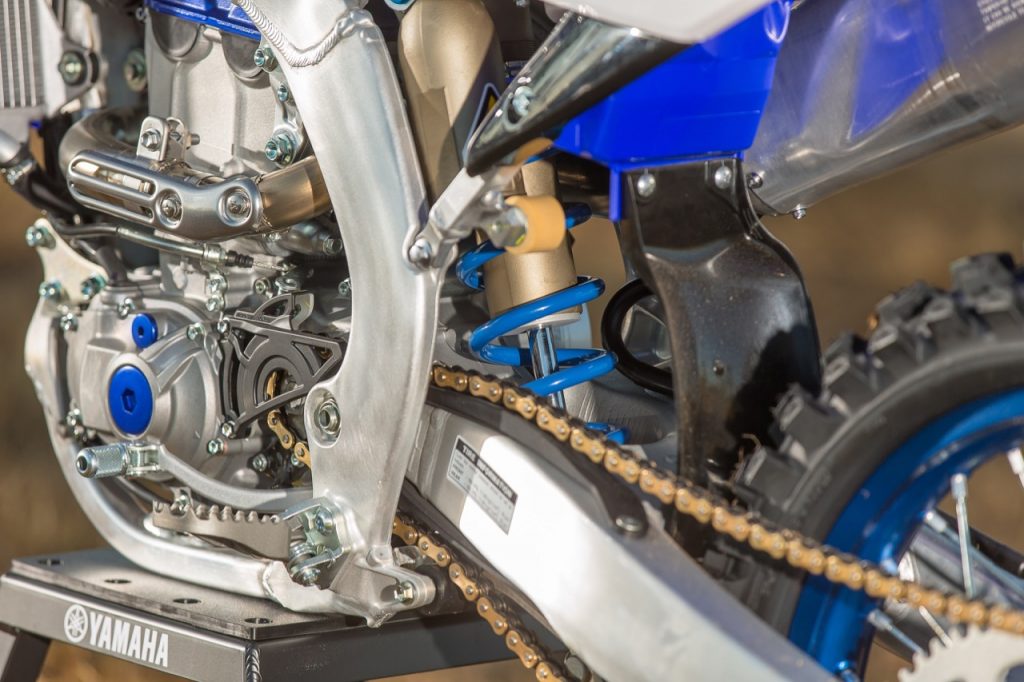 3 BODYWORK
The new bodywork is a big step in the right direction. The slimmer and flatter profile of the seat is one of the first things that you notice. However, most people would be aware that previous model Yamaha’s have been fat between the knees, where the seat meets the tank. And even fatter at the tips of the radiator shrouds.

The 2019 looks like it has been eating healthier and training more often than its predecessor. It is slim, aggressive and extremely easy to move around on. I knew pretty quickly that Yamaha was back in the game with the bodywork because I didn’t think about it during my first ride. It feels super slim, just like a late-model KTM, Honda, Husqvarna, Suzuki or Kawasaki, and carries the majority of its weight nice and low which really helps when tipping into turns.

2SMART PHONE TUNING
I was blown away at the Coolum launch of the 2018 Yamaha YZ450F, with its smartphone tuning app, and I was blown away at the 2019 YZ250F launch with how well this app works and how easy it is to change maps. Yamaha made us download the app to our phones during the presentation so we would be able to play around with our own tuning the next day.

It took about 20 seconds to download and less than a minute to pair it to the bike. The new map switch on the left-hand side of the handlebar allows you to pick two maps, load them to your bike and choose which one you want to run on the fly. You don’t need to stop the bike.

I started off with the stock map as map one, and chose Yamaha’s aggressive map, which comes standard on the app, as map two. Once I’d done 10 minutes or so on the bike and had figured out that I much preferred the aggressive map.

CDR mechanic Brad McAlpine tried to get $2 out of me so that he could download a very impressive map that he had come up with. I settled on grabbing him a can of Coke out of the nearby cooler.

It took roughly 30 seconds for Brad to log into my bike and upload the new map. And what a massive improvement it was, well worth me walking over to the Esky. The bike came on stronger off the bottom and pulled longer up top. 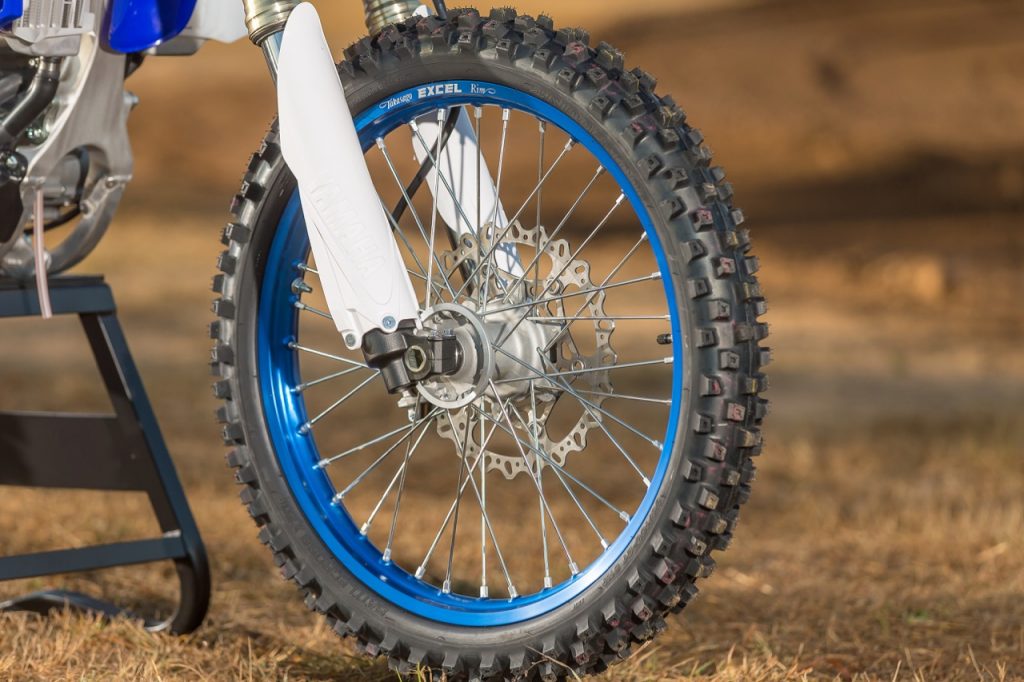 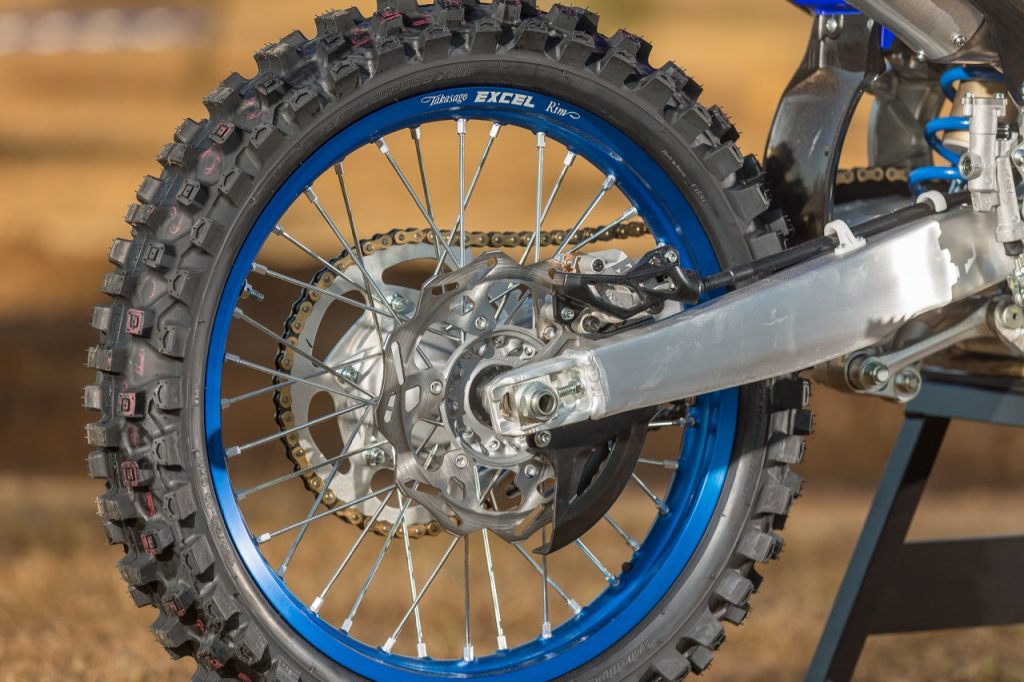 1ENGINE
The aspect of this new machine that impressed me the most was the motor. This year’s YZ250F had a monster of a motor that produced bucket-loads of bottom-end torque and had a mid-range that would out-drag most bikes out of the starting gate.

But the 2018 top-end signed off early whereas the KTM, Husqvarna and Honda 250s would keep on pulling. For 2019 the Yamaha engineers put their thinking caps on and managed to extract a decent chunk of upper-mid-range power and top end over-rev out of the 250, with only the slightest of sacrifices in the bottom-end.

What you end up with is one of the strongest motors we’ve ever seen in this class. It is user friendly and will keep everyone happy, from the weekend-warrior clubman to the semi-professional racer, mainly due to the fact that it doesn’t have any holes, or weak spots, in the power curve.

Bottom-end, mid-range and top-end are super strong. And if I had to pick its biggest strength I would have to say the over-rev.

Which means that Yamaha has turned the powerplant on its head when you consider that last year it had the strongest bottom-end/mid-range and, quite possibly, the weakest top-end output.