After 12 months with the ADB Beta RR350 Long Term Test bike, it's time to give it back.

My first impression of the Beta RR350 was positive. The suspension was a little out for my weight, so I had to wind some preload off the ZF Sachs shock. I found the shock worked best for me with 110mm of rider sag. The engine was definitely stronger than I remember the previous model RR350 being, but still needed to be ridden more like a 250F – meaning you need to keep it up in the revs to get the best from it. After riding the Beta for close to a month, I was getting some decent strength back in my arm, I could now beat my son in an arm wrestle and so I decided to enter the upcoming AORC round.

Silly me, I forgot I was working with Daniel Sanders at all the AORC rounds, meaning the closest I was getting to the startline on the Beta was filling out my entry form. So I never did race the Beta, although I did get to ride it on all kinds of terrain all over the place thanks to my coaching/bike setup work. It was the perfect chance to test the Beta and see how reliable it was. 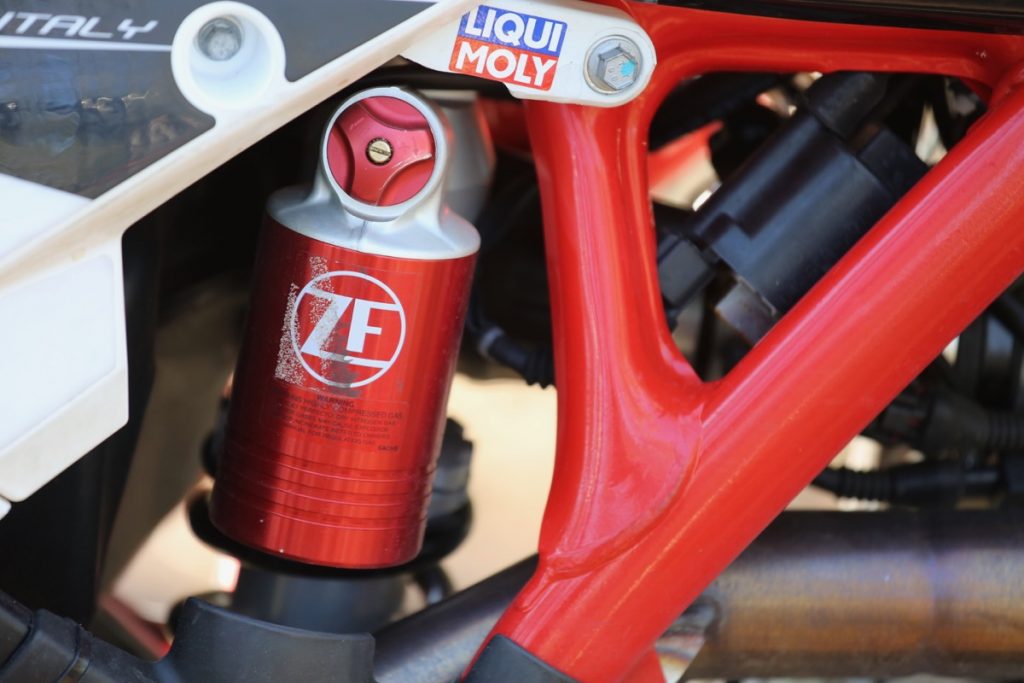 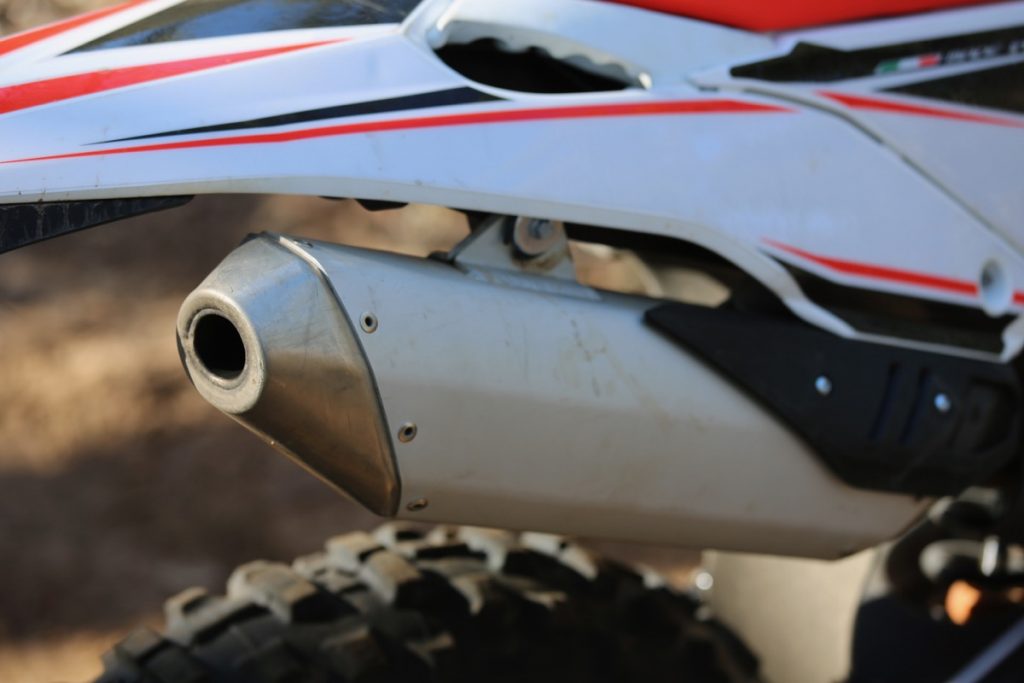 The terrain I found the most challenging for the Beta RR350 was bottomless sand and that is not a big surprise, as it is only a 350F enduro bike, the RR480 would eat this up.
Don’t take this the wrong way, as I could still keep up with most riders on more powerful machines, but the Beta RR350 was definitely at its limit and I was using every single horsepower it had available.

The suspension also struggled to handle high-speed whoops. I often found that, in sand, both ends were very soft at speed and bottomed out regularly on big bumps. Definitely its strongest point was stability at high speed.

LIVING WITH IT
A lot of bikes I ride on the same tracks head shake a lot, but the Beta was straight as an arrow. I also spent a decent amount of time riding the Beta on traditional-style, single terrain mountain tracks like you would find around most of NSW and Vic. 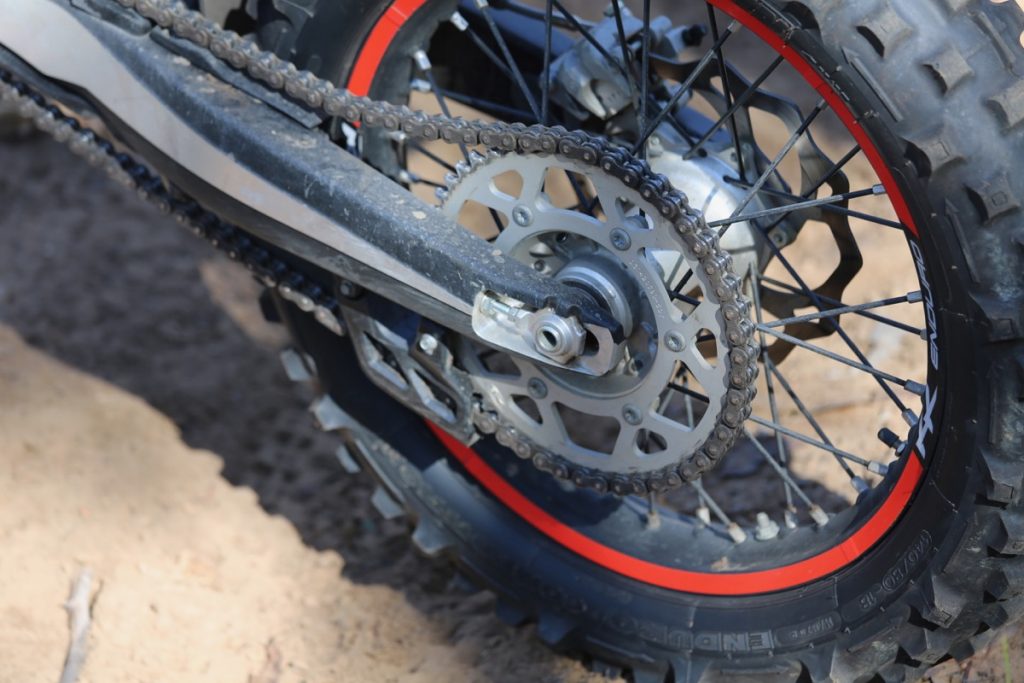 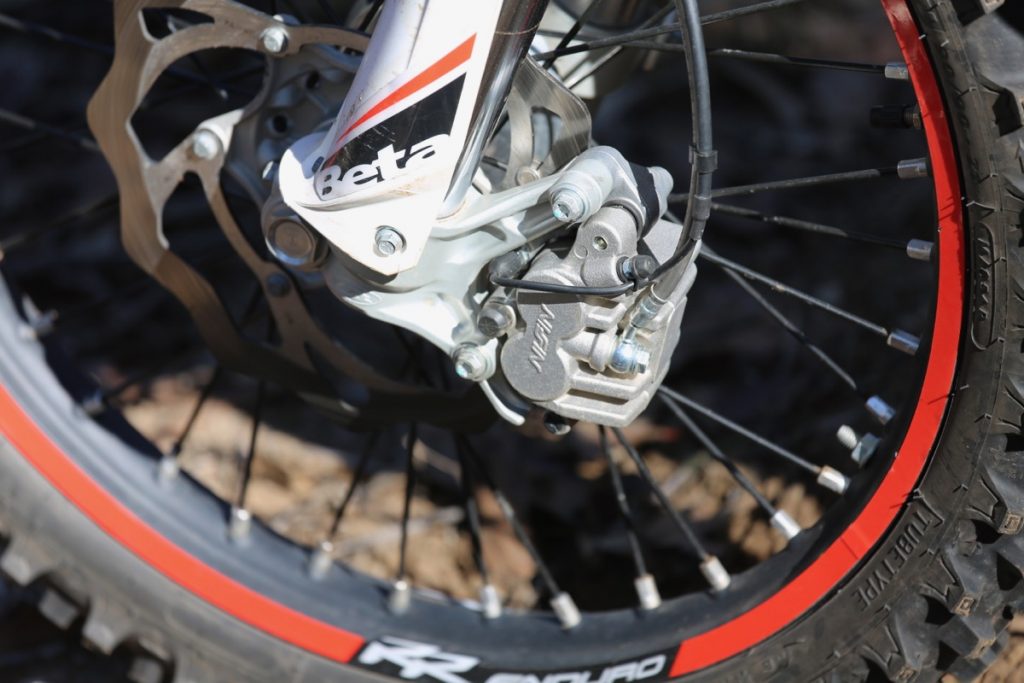 I could not fault the Nissin brakes. Both ends are very powerful, even a little touchy. This was great for my recovering right arm as I didn’t need to apply much force at all to get great stopping power.

Ever since I first rode a Beta back in 2006, I’ve really liked the way the front-end sticks and turns. This Beta was no different, as I got the great positive, planted feeling I have come to expect. My only gripe on singletrack was the fork action on choppy terrain. The ZF Sachs unit has a harsh spike when it needs to move fast on choppy ground. I did get used to that feeling but the problem was, anytime I jumped onto another bike, then back onto the Beta I had to get used to the fork again.

For my last handful of rides, I ventured into terrain generally only ridden by riders on 300 two-strokes. During my first 30 minutes of extreme enduro on the Beta I knew I had found its sweet spot. The low seat was working a treat, the plush suspension was eating up the rugged, technical terrain and the 350cc engine had more than enough torque to climb any goat track. 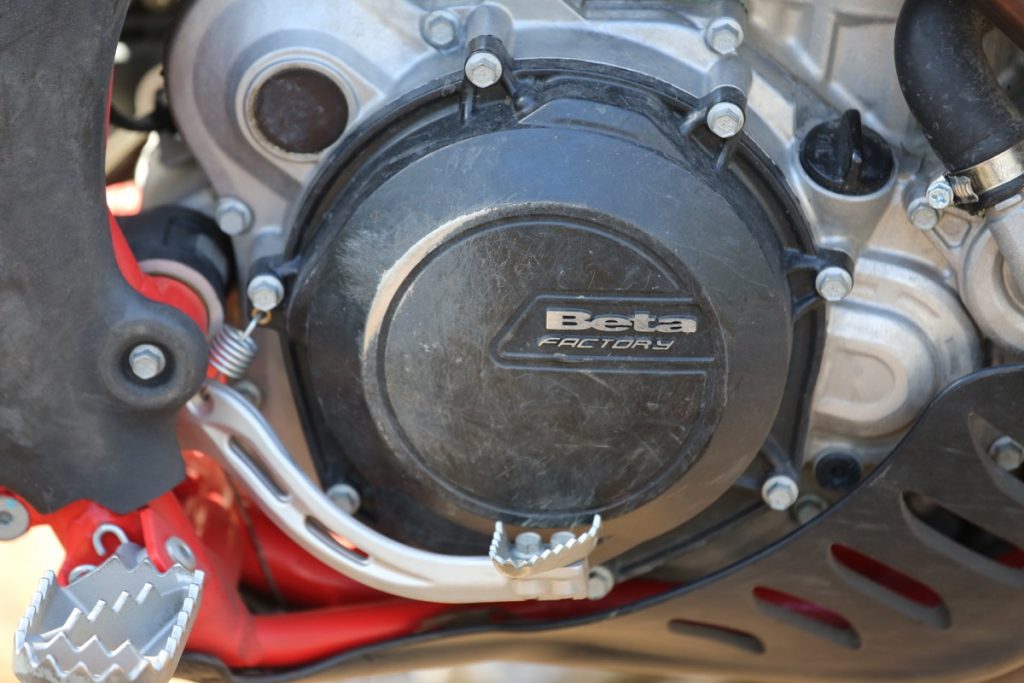 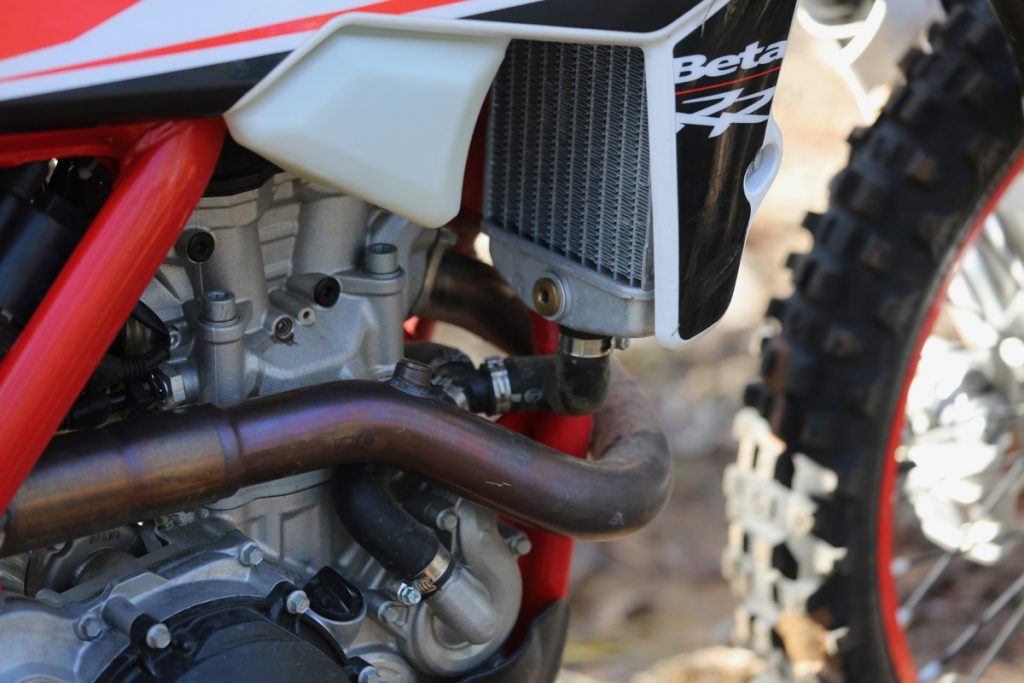 Even though Beta uses Nissin brakes, it went with a Brembo hydraulic clutch and what a great choice that was, as it’s super light and very smooth to engage, making all kinds of off-camber, clutch-slipping situations that bit easier.

Not having a radiator fan was a slight issue as it got hot a few times. I had to stop and wait for the coolant to stop boiling before I could continue. Thankfully, Beta offer a thermo fan. I enjoyed my time with the RR350. As I mentioned in last issue I had some issues with the bike struggling a little to start on freezing cold mornings and in the middle of an extreme enduro session where I stalled it a million times, but this was very rare and is a simple fix by simply beefing up the battery power. Other than that the Italian thumper was faultless during its time with me. Which looks even more impressive when you consider I put close to 90 hours on it!

I didn’t mind the maintenance side of things on it either, the tool-less air filter access made it easy for me to keep clean air to the engine. As the engine and gearbox oils are separate, I was changing the engine lubricant every 10 hours and the gearbox every 15. Other than wearing my way through a few sets of Dunlop MX33 tyres, I really couldn’t have got a better run out of an enduro bike. It could be from the lack of rain, or that I’m riding slower than ever, but I got the longest life ever out of a standard chain and sprockets and never changed them.

In general I had a great time with the Beta. Having a registered enduro bike is always a plus. It was easy to maintain and it was nice being able to switch between the two power modes via the handlebar switch. Most of the time I preferred the rain map as it was the one I found to provide the best torque, which made it easy to find traction.

I really liked being able to change the preload on the fork in a matter of seconds. My favourite setting was four turns of preload. For a white bike it was easy to keep clean and even the plastics held up well but the graphics did not like Bathurst winter temperatures at all, as some of them fell off.

If I had the bike for another few years the only things I’d do is switch out the battery and upgrade the fork. Other than that, I’d be a happy rider. Every time I hopped on the RR350 I had a smile on my face, so I figure the Beta has done a good job.

The 300cc two-strokes are easily Australia’s most popular and biggest selling oil burners in the off-road market but, strangely enough, I’ve never been a massive fan.

The Kawasaki AE80 belongs to an almost forgotten classification, that of the “midi” bike.

While not really meant as a serious dirtbike, the BMW F650 GS Dakar had several differences to the base model that were definitely more off-road oriented.