There is nothing worse than getting stuck with a flat battery these days, especially when lots of bikes are coming out with EFI and no kickstarters.

Australian company Century Yuasa supplies this eight-stage, lead-acid battery charger that can even handle your old six-volt ag bike and it will fit in your backpack.

EASE OF USE Simply plug the Century battery charger into the wall and connect the alligator clips to the lead-acid battery. The alligator clips are small, which means getting them into battery boxes is easy.
WEIGHT The Century charger wouldn’t weigh much more than a deck of cards and is about the size of a ’90s Gameboy (remember those?) The advantage of it being compact and light is that you can carry it in your hydration pack for a plug-in at the pub and store it at home without taking up heaps of space.
INDICATORS This charger has a set of lights on the front to indicate if your battery is dead and won’t charge, if it is low but will charge and when your battery is full and ready to use. Knowing if the battery is dead can save you time stuffing around.
CHARGING ABILITY We attached the charger to an ag bike we’d left on all day and by the following morning it was fully charged. 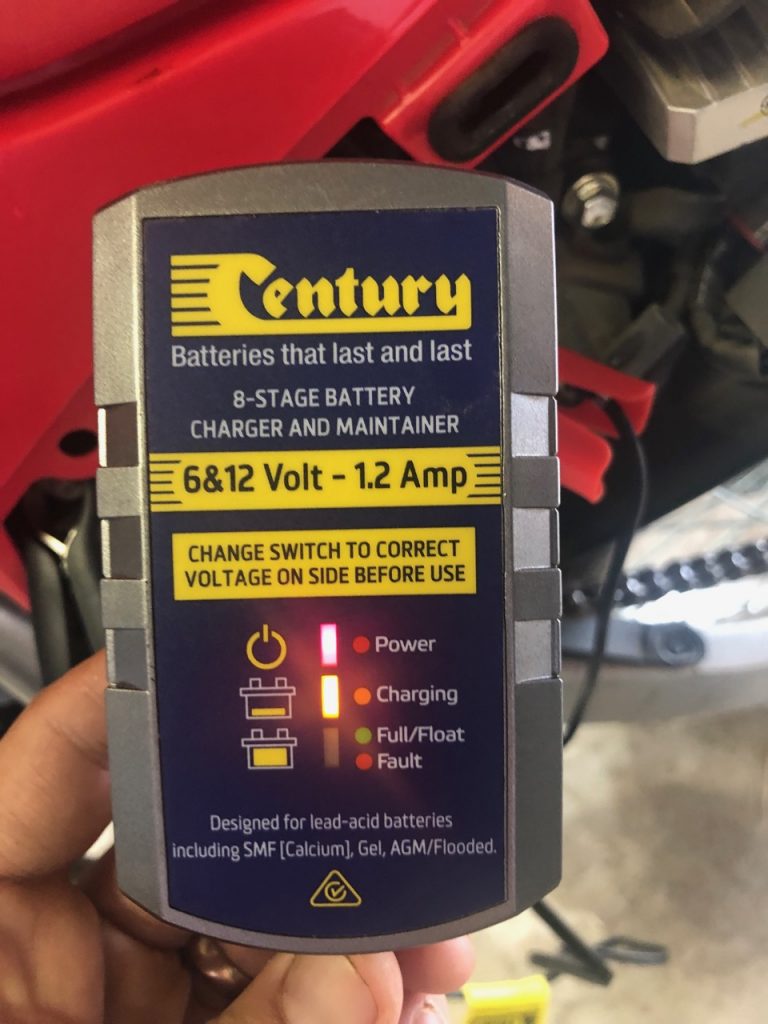 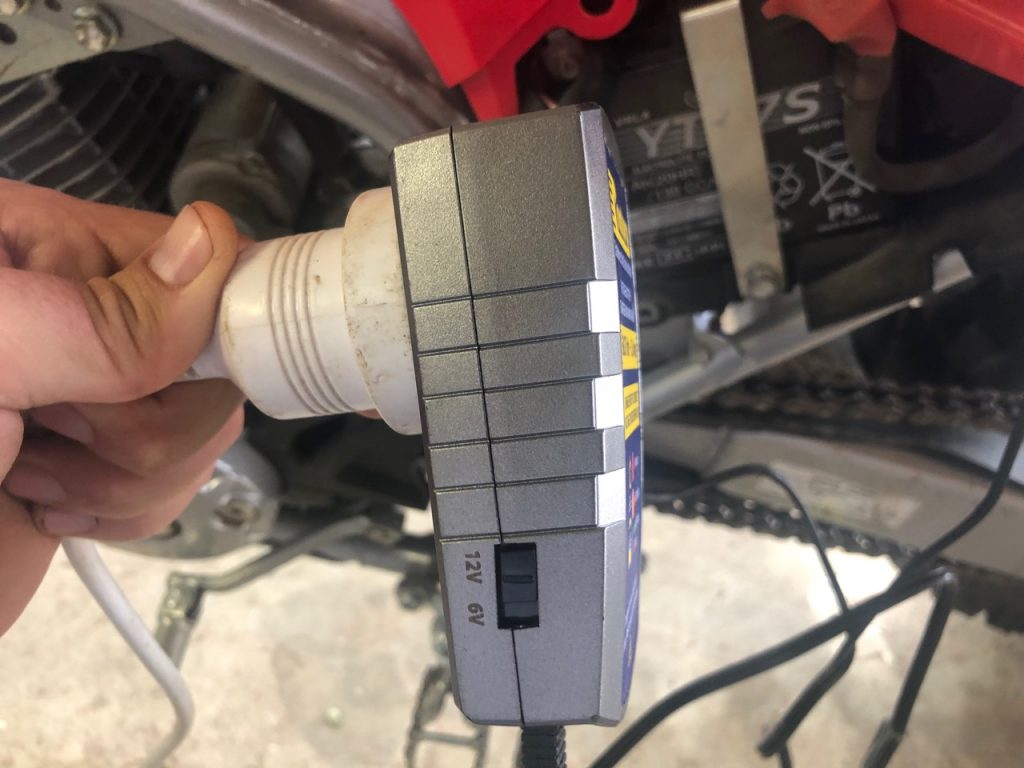 REACH The device plugs straight into the wall (unless you have an extension lead) and then it has roughly two metres of cable that attaches to the battery, so the bike needs to be relatively close to a power outlet if you won’t want to remove the battery.

We’ve all been guilty of leaving the key on after riding. Thankfully, most enduro bikes no longer need one to turn the ignition off, but that just means you’re more likely to leave it on when you come across one. There’s nothing more frustrating than realising the battery is flat when the only way to charge it is to ride up and down the road all day. The Century battery charger is cheap, light, compact, easy-to-use and efficient and should be a mainstay in any garage. Editor MItch Lees