I’m not a massive fan of wrap-around handguards like Barkbusters because I think they contributed to a snapped wrist a decade ago when I crashed and my hand somehow slid down between the ’guard and the handlebar. These days I prefer to use handshields as snapping a wrist with them fitted is almost impossible, plus, they are a little less bulky and intrusive when tackling tight singey.

People tell me they don’t protect your levers and, while it’s obvious they won’t offer the same protection as a wrap-around handguard, I’ve only snapped about three levers in the last four years using handshields, and I’ve had plenty of crashes.

It might seem strange to put handshields through a product test but we’ve been evaluating their ability to protect my levers and fingers on the Honda CRF450L long-termer.

The Stealths are easy to fit and are best attached with the plastic arms (you can get alloy) under the switchblocks. You will need to move some stuff around depending on your bike and possibly rearrange some wiring but they are pretty straight forward to fit. Editor Mitch Lees 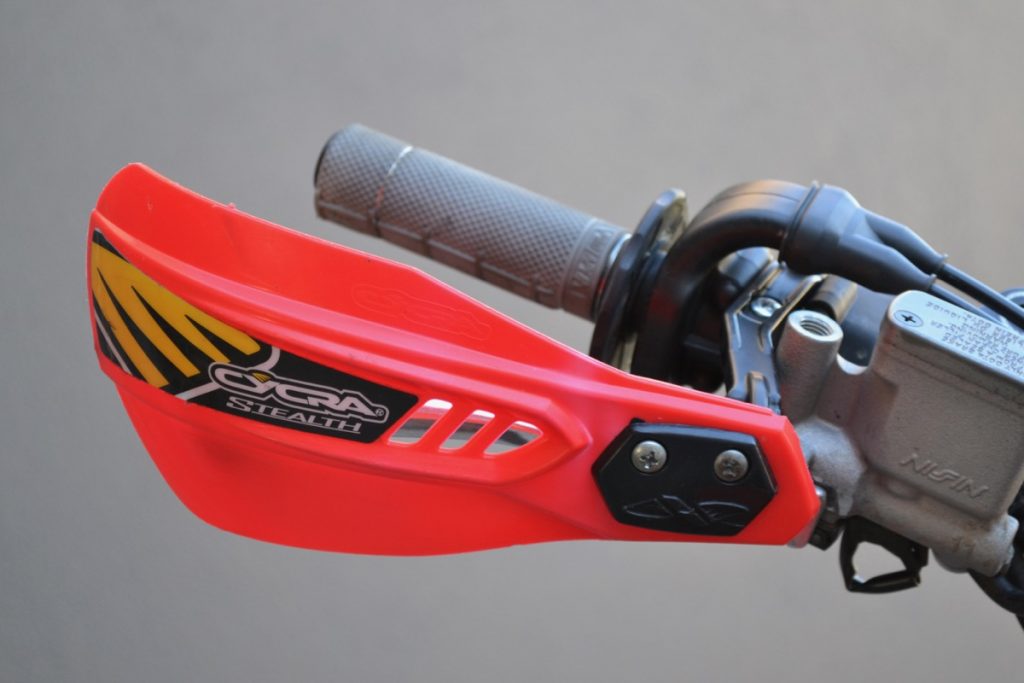 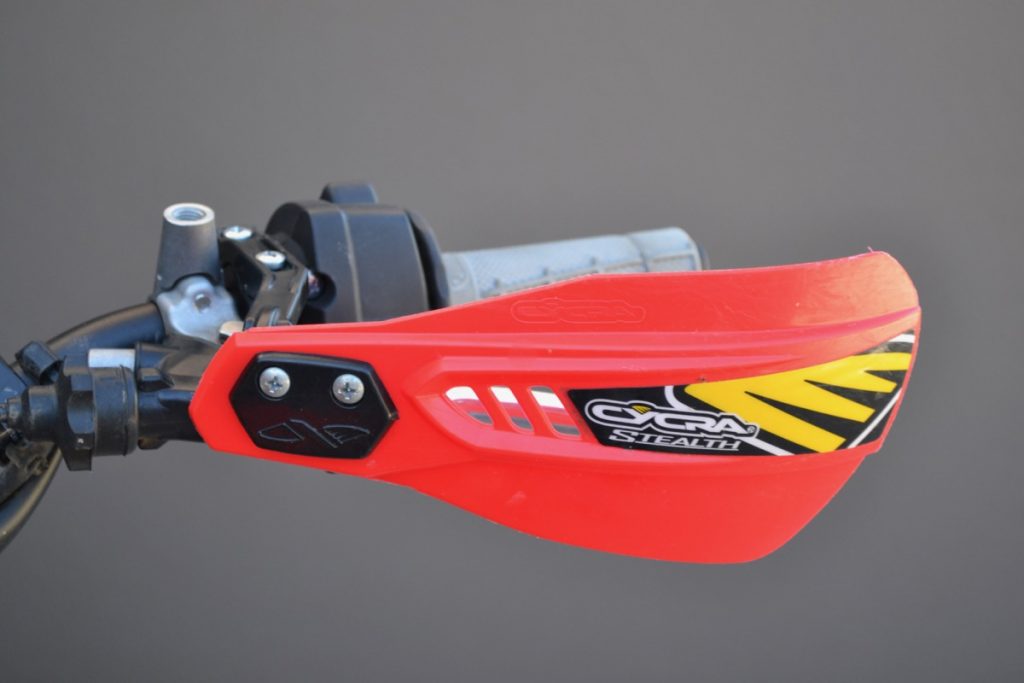 Follow Zach Osborne during his adventure through Hurricane Irma all the way to Matterly Basin for the Motocross of Nations.