IT’S NOT OFTEN we come across a unique product when we’re talking about hoops, but Golden Tyre’s Flite Tubeless System (FTS) is unlike any other dirtbike tyre.

The Italian manufacturer has taken its inspiration from mousse tubes, tubeless tyres and tubed tyres and come up with FTS. The system uses a thick inner tube that’s permanently fixed to the carcass of the tyre, overcoming the problem of trying to run tubeless with spoked rims.


EASY TO CHANGE: FTS makes for quick tyre changes because the tube and tyre are one unit. There’s no stuffing an inner tube in after you’ve got the tyre on the rim. And, given how thick the FTS tube is, you’re less likely to pinch it.

LOW PSI: I haven’t been brave enough to test the limits with the TFS but I got away with 10 pounds at the Kowen Forest Ride, which says a lot. You don’t want to go too low as it can reduce grip.

BAD WEATHER GRIP: Sloppy conditions are where you want to run lower pressures but wet weather doesn’t soften rocks so there is still a risk of pinch flats. This is where the FTS shines because you can run low pressures to hook up in the slop with less risk of a pinch flat.

WEIGHT: Heavy-duty tubes weigh a tonne and that is unsprung weight, so the worst kind for your suspension. The FTS system reduces unsprung weight because the tube is less than half the size of a traditional one as the actual carcass of the tyre forms part of it. 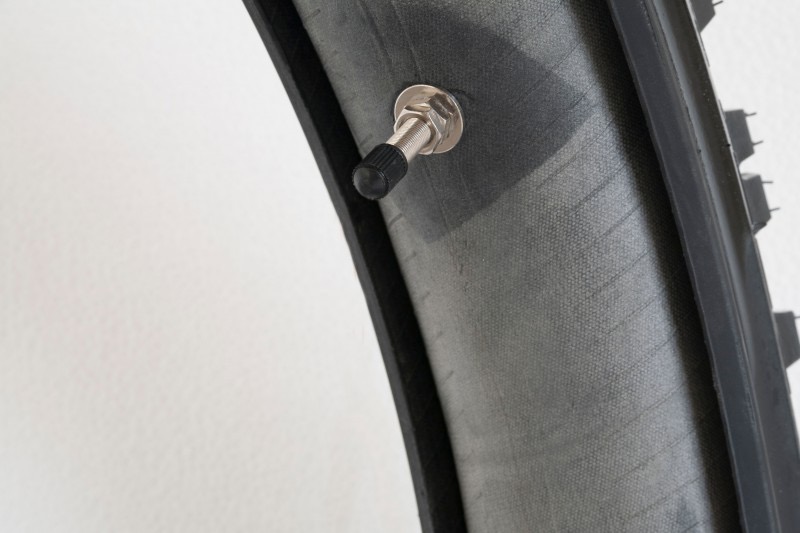 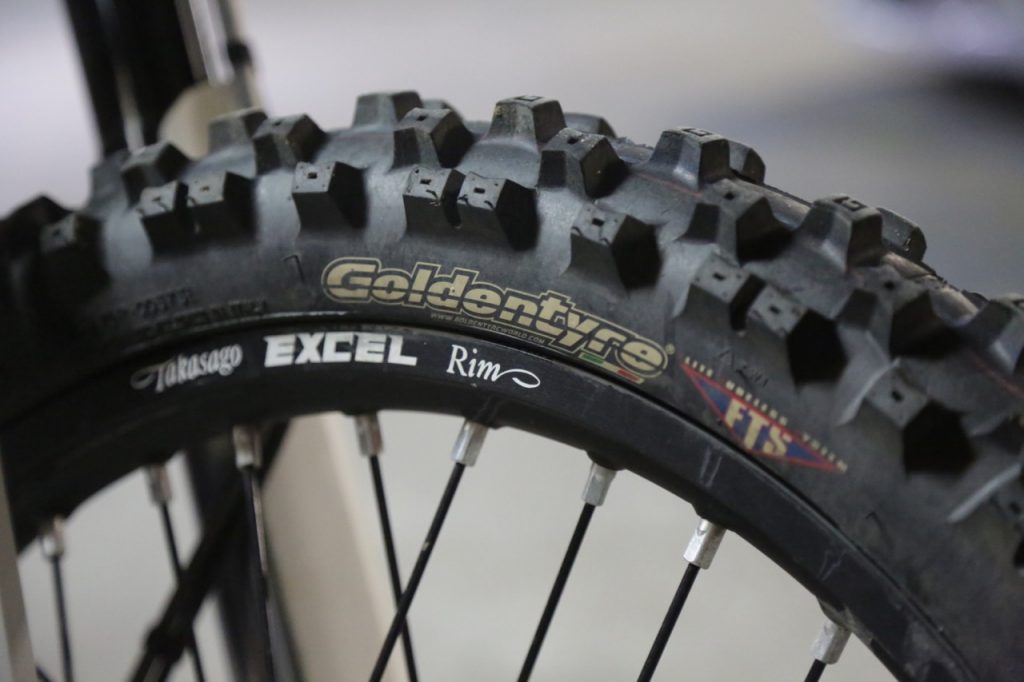 HANDLING: These hoops absorb impacts from rocks and fallen timber better than tubed tyres and you feel far less deflection.

COOL RUNNING: Less heat is generated in the tyre because there is no rubbing between the tube/mousse and tyre. This is important for faster riders, especially in desert regions when mousse tubes are out of the equation due to the heat destroying the mousse foam.


PRICE: At $169.95 for a front and $235 for a rear, Golden Tyre FTS hoops are among the most expensive rubber options for a dirtbike. The knobbies don’t wear any slower either, so don’t expect to get more life out of them.

CARCASS CRACKS: Dirtbike tyres cop a flogging and the carcass can develop small splits. This happened to my FTS front and it resulted in a flat. You wouldn’t even notice these cracks with traditional tubes but, with the Flite system it’s as good as pinching a traditional inner tube so it went flat. Fixing it was easy though, I didn’t even take the wheel off the bike, just poured in some tubeless tyre sealant.

Golden Tyre is on to a winner with its range of FTS tyres. The system is the best of both worlds if you’re deciding between mousses and tubes but it’s not without drawbacks. Even the smallest crack in the carcass will result in a flat but it’s easy to fix, much easier than repairing a tube. The ability to run sub-10psi pressures with a lower risk of pinch flats is a drawcard. So too is the way these tyres handle and how easy they are to change if you are racing. These benefits come at a price but if you’ve got the coin give them a go. Digital Editor Olly Malone 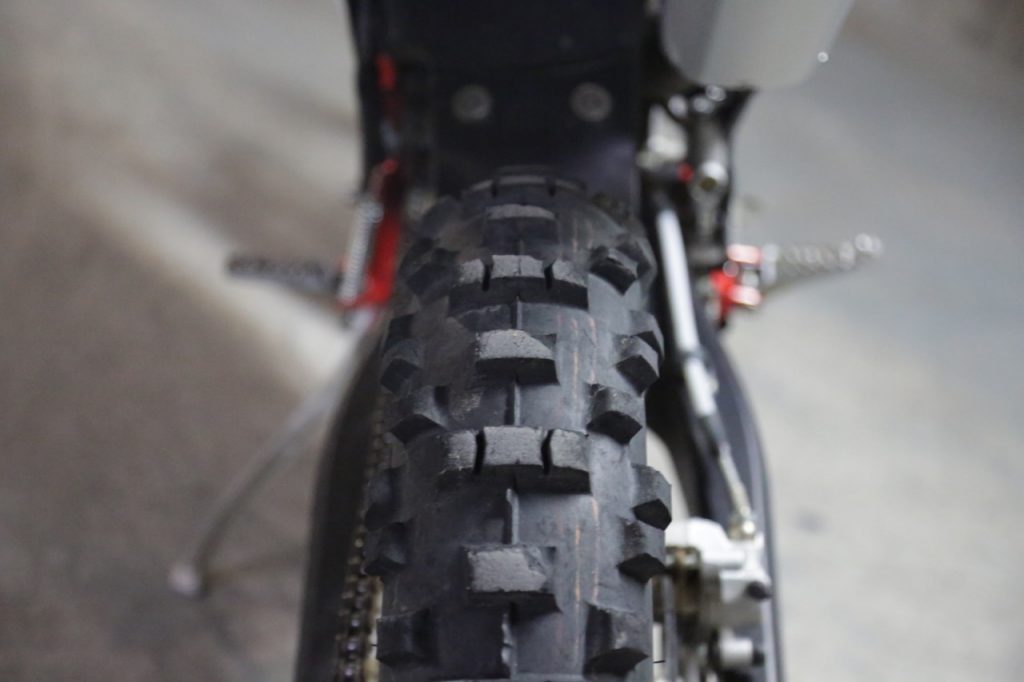 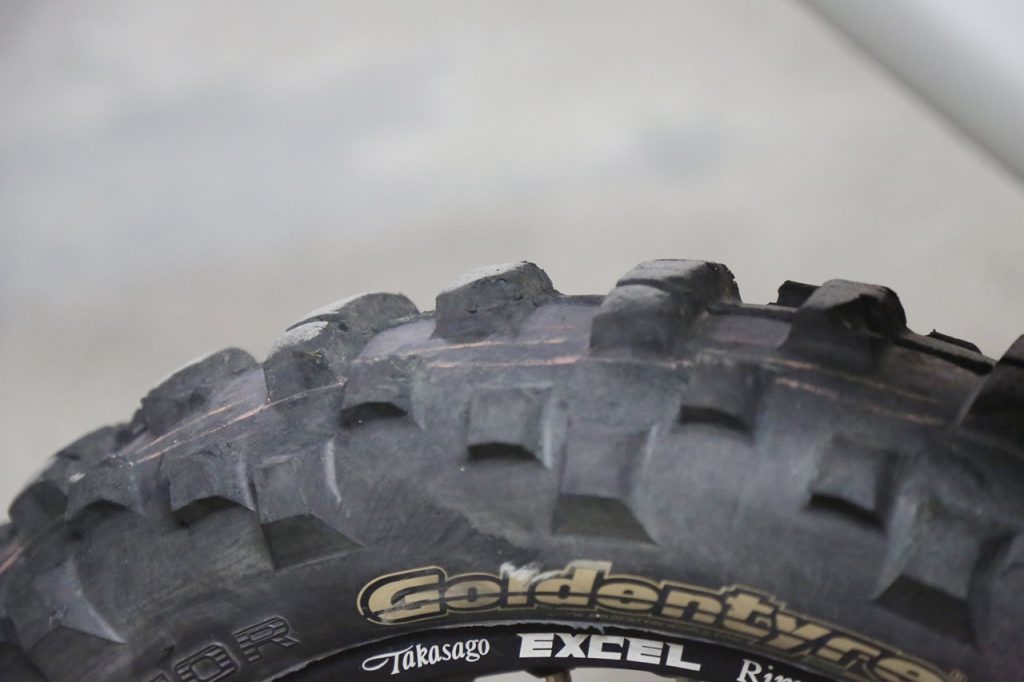