The Sherco 300 SEF-R has always been high on my list of favourite bikes but has never made the top step. The Factory edition might just get it there...

The Sherco 300 SEF engine was always lots of fun as a revvy 303cc four-stroke, and the light, nimble set-up was a pleasure to slice through trees but the suspension always put some limitations on how hard you could push.

That all changed when Sherco introduced KYB suspension front and rear on the Factory version for MY19. And with further refinements for MY20 such as a better monoshock linkage, AFAM steel rear sprocket, better gear selector and a 400g weight saving in the starter and lubrication system, not to mention a whole bunch of aesthetic improvements, the Sherco began tugging on my heart strings.

When I combine the improved performance with a larger web of dealers spread across every state and territory I can tentatively say the MY20 Sherco 300 SEF Factory is now my favourite. 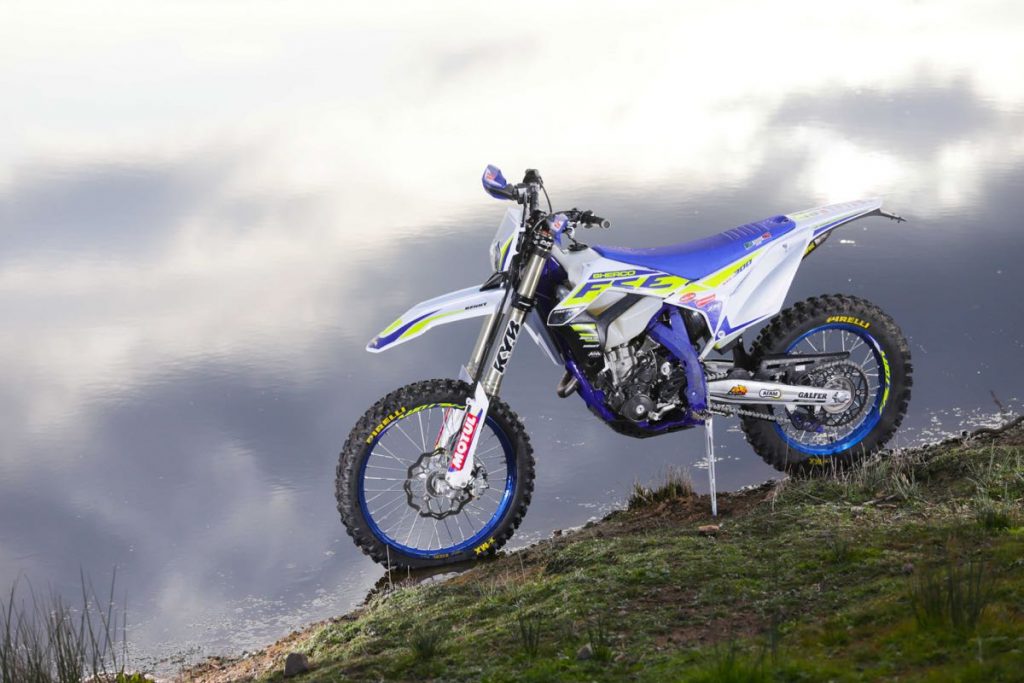 No one wants to play favourites, it hurts the feelings of the ones left out. But sometimes you’ve got to have those hard conversations. Sure, No. 2 or 3 will feel abandoned, left out, not good enough and deprived of your unconditional love but when you’ve got nearly $15k on the line, second favourite will just have to suck it up!

When the Sherco 300 SEF burst onto the scene nearly a decade ago, it’s DNA was that of a nimble, mountain-bike like, singletrack slicer. The handling was incredible. You could manhandle it or force it into positions most bikes would not get into. The motor had a revvy, almost electric feel, and the bike was narrow and light between your legs. The early model suspension was soft and ideal for scrawny trailriders.

A decade later and the Sherco 300 SEF got the Factory edition treatment. It still feels like one of the most nimble and light bikes to steer but the power has increased, probably due to the Akro header and exhaust that comes standard on the Factory, and the suspension that has come along in leaps and bounds. The 48mm KYB closed-cartridge fork offers more tunability than their open-cartridge opponents and more resistance than the WP Xplor 48 found on the standard Sherco Racing.

My weight was a little high for the standard springs so I copped a little harshness in fast, choppy bumps but confidence in the fork action, knowing it wouldn’t dive or knife, meant I could push a little harder. The fork Sherco employs is nothing ground-breaking, it’s a similar unit to the one used by Yamaha in their YZs for over a decade, but it just works. It is far superior to the Xplor and far superior to most other mid-cap gear. In fact it feels more like a Yamaha WR250F than a Euro bike and, whadyaknow, they both run a closed-cartridge KYB unit. 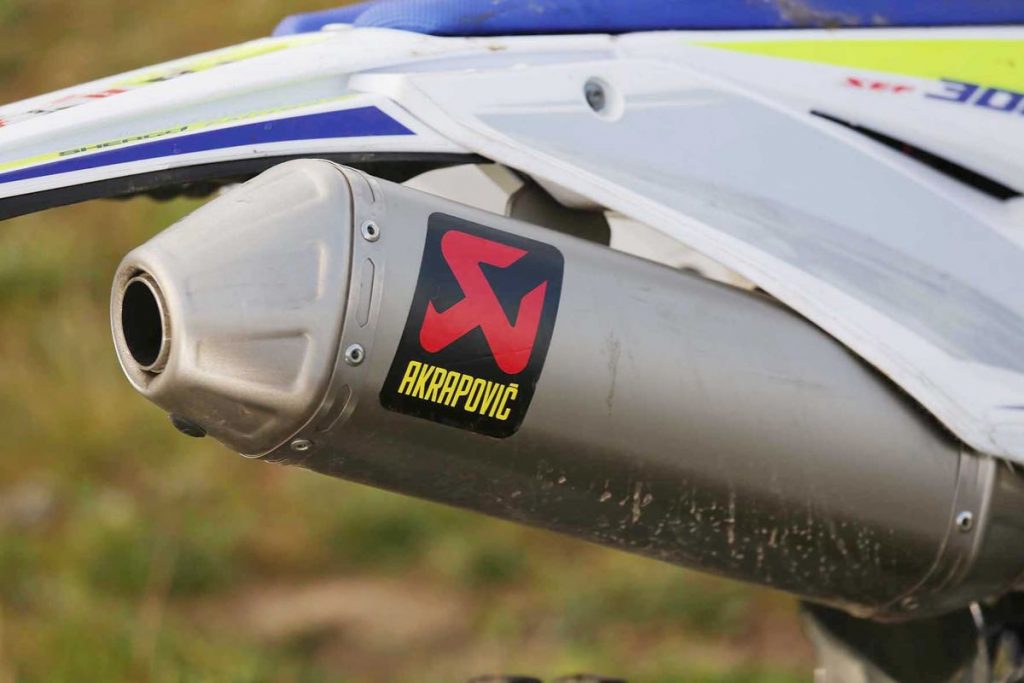 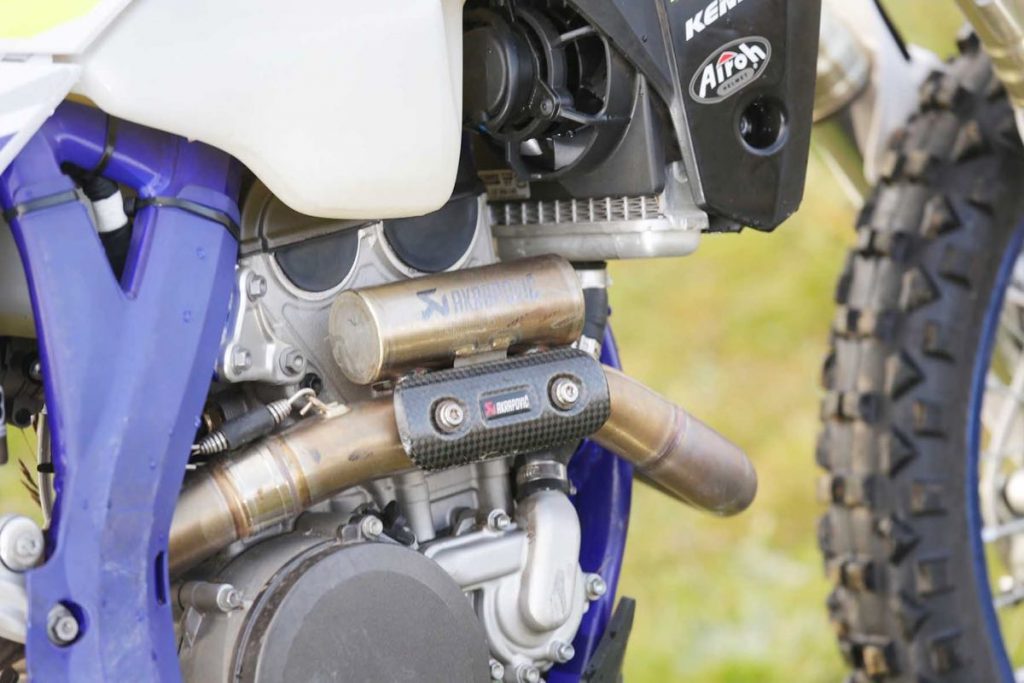 Aside from the class-leading suspension, the Sherco 300 SEF Factory also uses a different fuel-injection system to some other enduro models which I felt reduced the dreaded bog or flame-out a little. In the testing we did with the bike (including hopping this log when the bike was straight off the ute with no hours on it) we didn’t experience any bogging, although I have felt some hesitation on other Factory models we’ve ridden in the last two years.

The Synerject digital EFI system doesn’t bog as badly as some of the other brands, meaning you can come flying into a log, chop the throttle and then lift the front without having to worry about a trip over the handlebar. It was accurate and punchy, especially with the mapping switched to race mode.

While I didn’t find the flame-out a problem, some riders have experienced it so Sherco addressed the issue and it looks like the MY21 models will minimise it with re-machined crankcases and a new plain-bearing conrod designed to reduce stalling. 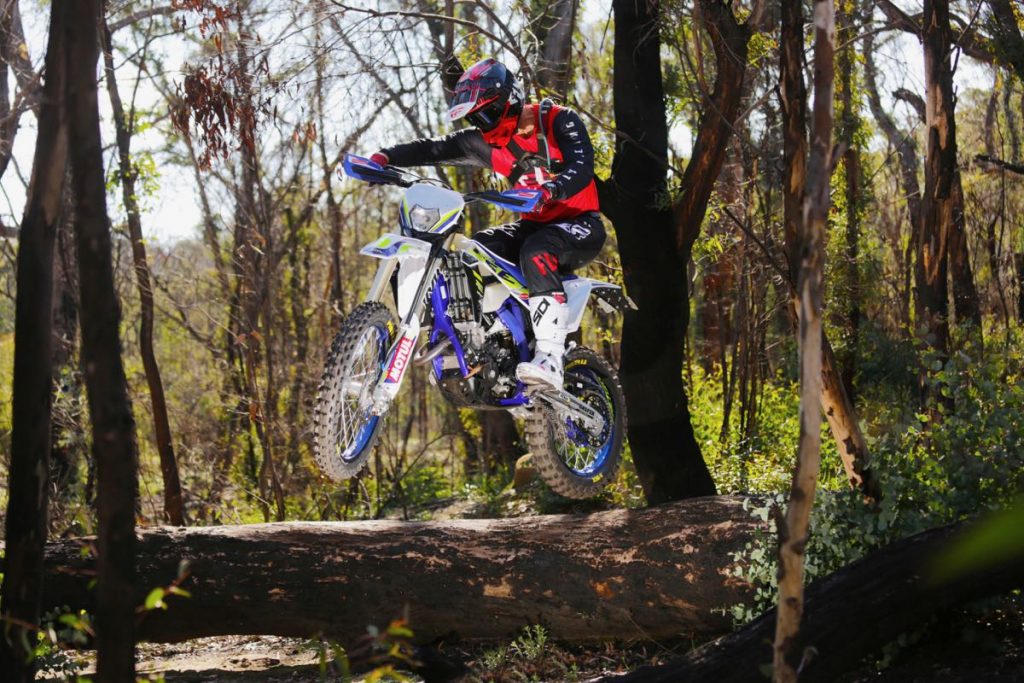 Like a box of Favourites, there’s always some treats you don’t like. The gripe I had with the Sherco was the bottom-end. When crawling up long, steep hills, I was unsure if I should be in first or second gear. Second didn’t quite have the torque to pull me up a hill and first was too revvy. This meant I had to commit to climbs in second and be prepared to eat it if I got a line wrong, or chug up in first gear at a much more boring, slower pace. Like I said, I’m a bigger guy and a bigger rear sprocket would have let me use second.

Fortunately, it looks like Sherco have improved the bottom-end for MY21 with details revealed in last month’s ADB. With lower compression and new intake and exhaust camshaft profiles, the bottom-end power delivery should have a bit more lug. Combine that with the modifications mentioned earlier and the 300 SEF Factory will be even harder to stall and better at pulling second while climbing.

Like all favourite children, the Sherco got to travel up front while Digital Editor Olly Malone was strapped down in the tray. The 300 SEF Factory’s incredible suspension, super-fun engine and plethora of factory-looking parts like the black Neken CNC triple-clamps, Oxia handlebar with fluoro ’bar pad, white, fluoro and silver graphics kit, blue rims, swingarm decals and Brembo brakes with solid rear Galfer disc make this package complete. There is nothing you need to do to this bike (unless you weigh upwards of 100kg with gear), which makes the slightly expensive price a little easier to swallow.