By now you all should know that the 2019 Yamaha YZ250F took the crown in our 250cc Motocross Shootout and when you read that article you would have seen us all banging on about the raw power of the thing.

The YZ250F was already quite an impressive package but, for this year, Yamaha handed down some of the latest features from the 450F such as the electric starter, redesigned frame and smartphone engine tuning. This bike has been given the full overhaul, with even the blue-anodised Excel rims put on a diet to help offset the weight of the electric starter.

The smartphone app is free to download and allows the rider to tune the bike to suit their own preferences as well as having the ability to log data and give you service notifications. Buyers save themselves over $400 by not having to buy the plug-in GYTR Power Tuner that was sold separately for previous models. Everything the Power Tuner could do can now be done with the app that connects your smartphone to the bike’s ECU by wifi. 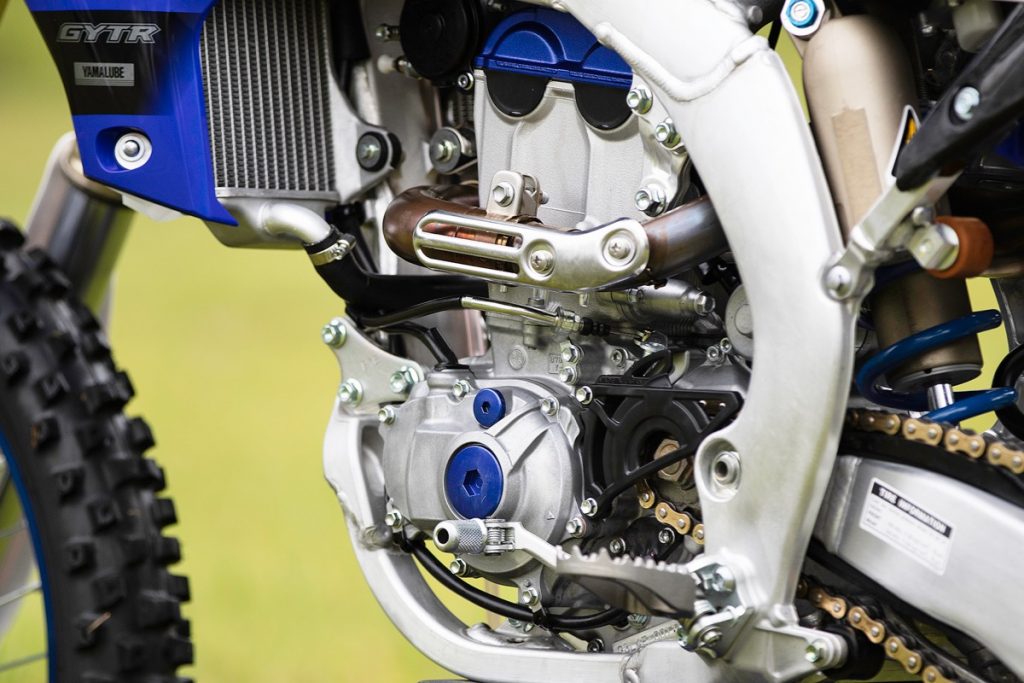 It’s hard to get an accurate quote on horsepower readings these days as each dyno reading will tend to vary but I am hearing consistently that the new YZ-F is pulling above 40hp, with a solid 2hp gain over the 2018 model and has a rev ceiling of 14,000rpm.

A lot of work went into the frame to increase rigidity. Former world motocross runner-up Josh Coppins now plays a large role in Yamaha’s off-road development program. Not only can the New Zealander ride a motorcycle but he also knows what he’s talking about when it comes to developing one. He helped develop the frame, suspension, slimmer ergos and lower, flatter seat to give the rider more feel, particularly in the front-end. 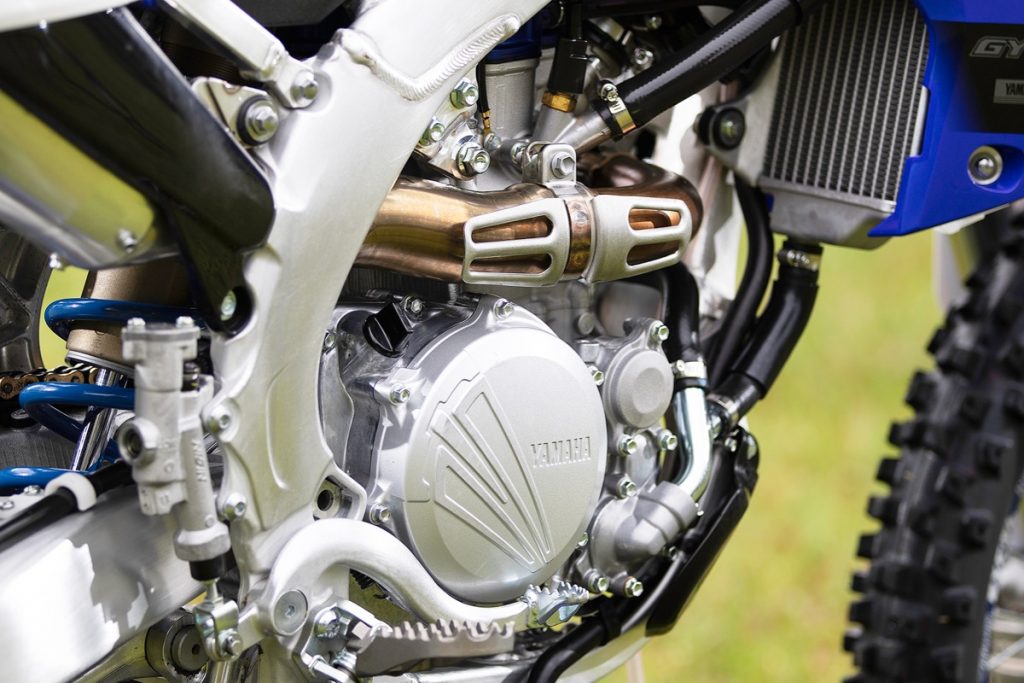 WHY IS IT FAST?
One thing I have come to know over the years dealing with the guys at Yamaha and spending time with them, is that they love to win. They are racers and they want to come first. The guys at Yamaha Australia have a good relationship with the factory in Japan and the feedback that comes from our country, as well as the feedback from our good friends over the ditch like Coppins, is taken into account to produce the most satisfying motorcycle that they can. Yamaha people are not followers, they have never been about that. They have always tried to be at the forefront of development and aren’t afraid to take a leap into the unorthodox to try and find a new direction into the future.

What I’m trying to lead into here is that the 2019 Yamaha YZ250F is a revolutionary bike. It follows no trends and nor does it copy its design. It is a bike that is running its own race and setting the standard for those that follow.

The reverse-head engine has been something that Yamaha has been sticking with and continuing to develop since 2014 with the 250F. The cylinder-head being reversed means that the airbox is mounted up high out of the dust and the throttle body can be angled straight down to the intake valves. This concept gives the straightest path for the air/fuel mixture to enter the cylinder. 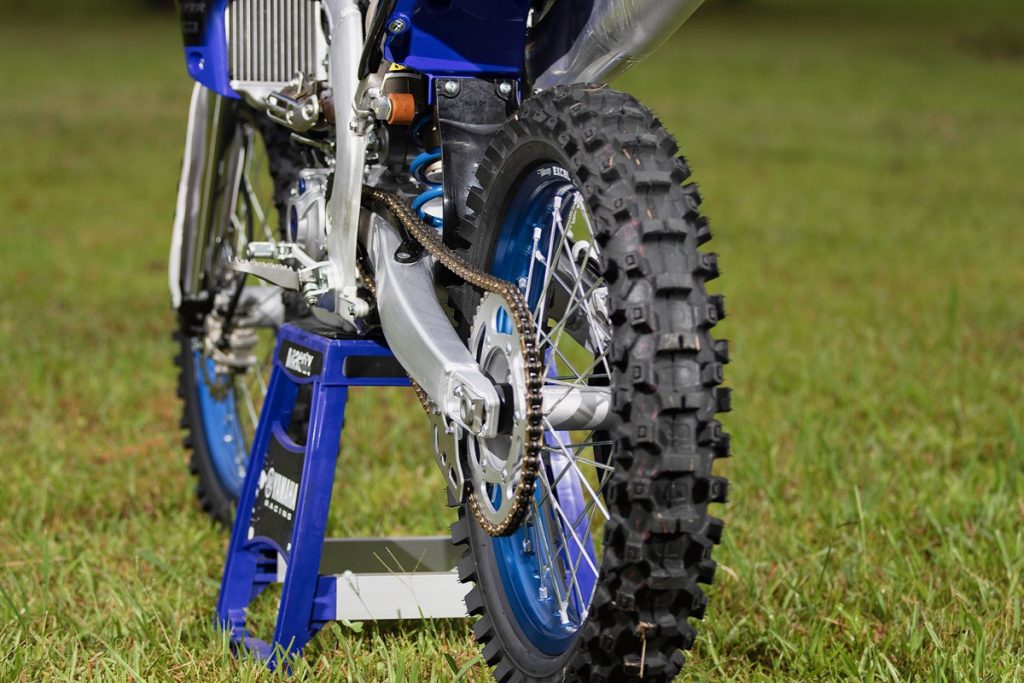 Some race teams with other bikes are actually re-angling the intake ports to create more power but this comes with the Yamaha as standard.

To accommodate the rear exhaust port, the header pipe loops right around the cylinder before meeting the silencer. There are two benefits to this. One is that it creates extra length in the header pipe which helps create torque and the other is that is allows for the silencer to be located closer to the centre of the bike.

The compression ratio is now a substantial 14.8:1 and the smoother ports and new valve train mean there is a much higher and smoother flow rate through the cylinder.
This is where all the power of the YZ250F comes from and the light crankshaft means that it can safely rev to 14,000rpm.

The aluminium bilateral beam frame has been designed to be rigid enough to perform well under pressure while still being able to flex under control without compromising the bike’s handling and still be smooth under the rider. 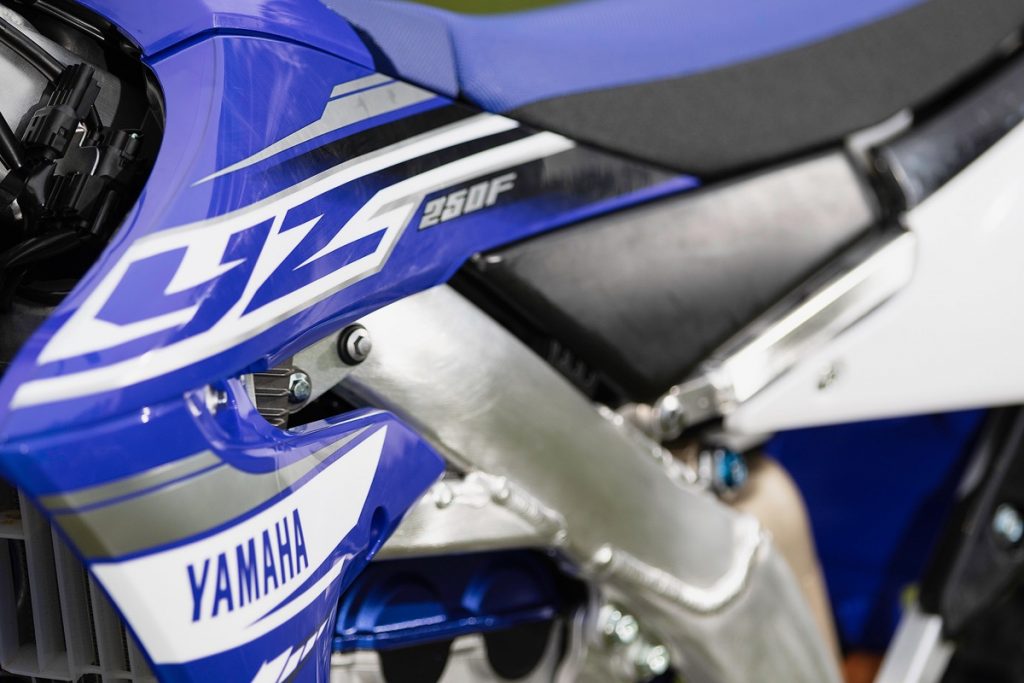 The suspension can be looked at as being either outdated or class-leading. It depends on your point of view. Personally, I don’t care that the KYB Speed Sensitive spring-cartridge fork was designed and developed over 10 years ago because it is still my favourite and I don’t believe anybody has been able to better it.

When somebody comes up with a suspension package that works better then I’ll be happy to admit the KYB is dated but, until then, I am of the opinion that it is class-leading.

The suspension is designed to work well with the compact chassis and keep the bike balanced well. The goal of Yamaha for 2019 was to improve the feel at the front so it worked hard with the suspension settings and chassis design to do so.

IS IT RELIABLE?
In the early days of modern four-strokes, when other brands were chewing up valves like sparkplugs, the Yamahas were still out there chewing dust and motoring. To this day I see no difference in Yamaha’s quality.

Yamaha’s racing mad, just look at their race representation, and they aren’t about to blow their reputation by releasing a bomb, which is why there is so much research and development that goes into a model before it is released to the public. It takes months, if not years, of testing and racing to develop each model. You are not buying the first bike off the assembly line. They iron out the bugs long before the bike is released. Sometimes it seems like too long but that’s the way it is. 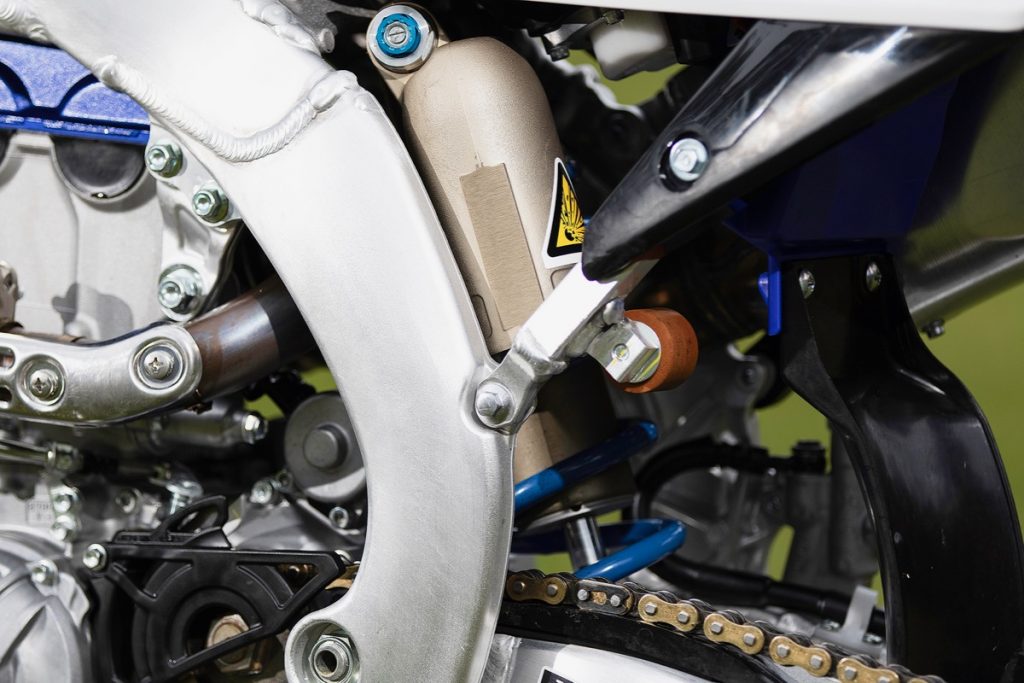 I am yet to hear anyone getting around complaining about the 2019 YZ250F, in fact it is now common knowledge around the tracks that these bikes are total rocketships. I wish I was the first to tell you but unless you’ve been hiding in a jungle without wifi then you’ll likely already know this. I am also yet to see any problems. Actually the only one that has been brought to me had a clutch issue. The cable was really stiff and the lever couldn’t be pulled in to the handlebar. It turns out there was a stone sitting in front of the actuator arm on the engine stopping the arm from moving. The fix was as simple as flicking the stone out.

Now I’d be lying if I said there have never been any problems with the YZ250F so I’ll tell you a few I have seen with the 2014 model. Some of these you might already know but the water pump impellor failed on some and caused the bike to overheat but this was rectified through a recall and Yamaha fixed bikes that had overheated.

The other issue I saw was where people had installed heavier, aftermarket pistons. This was either causing the conrod to stretch and bend or the piston pin or piston to crack. Yamaha has beefed up these parts to prevent these problems but my advice to anyone is to stick with genuine parts. 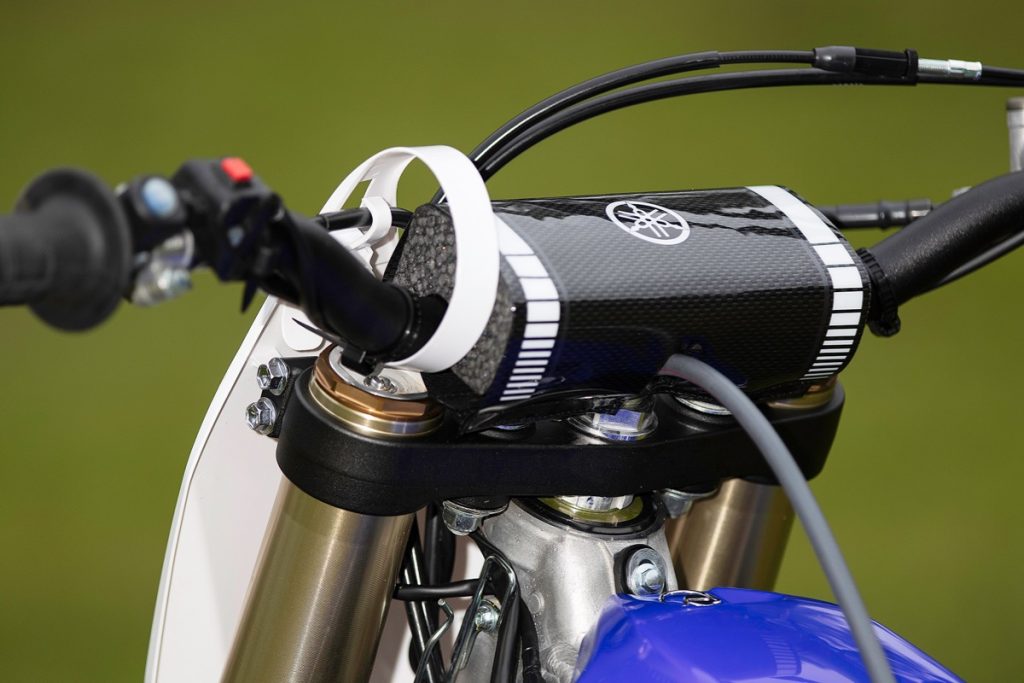 HOW DOES IT RIDE?

Ummm incredible, I mean what else do I say that hasn’t been said about this bike. The second I rolled onto the track and grabbed a handful, my sphincter began to tighten, my eyes widened and my veins became filled with adrenaline. The power was so impressive yet totally unexpected as I didn’t think it was possible to get this kind of power from a production bike.

It feels much like riding a factory machine. The power is impressive right from idle to redline but the most impressive part for me was the torque. Two-fifties aren’t usually praised for their torque so, for this reason, I prefer to ride a 450 as I can use their torque to drive me around the track instead of riding around on the rev limiter.

The 2019 Yamaha YZ250F has so much torque that you don’t need to rev it to ride fast. It was comfortable because you could ride that gear higher around corners to conserve energy and the bike still had loads of power to keep you moving. The chassis is much tighter and more compact than previous years and is a much easier bike to handle.

The bike is now much more precise and easier to steer with the front wheel and no longer feels like a big bike between your legs. You can still hear the induction noise but it is quickly forgotten once the power kicks in and you’ve got something else to fill your head with.