WHICH IS FASTER? DIRTBIKE OR SXS? | Bike Reviews | News

Our good friends over at Australasian SXS reckon they can go faster in a Can-AM Maverick XDS than we can on a dirtbike. We doubt it! It might have loads more horsepower but it's not a dirtbike.

Our good friends over at Australasian SXS reckon they can go faster in a Can-AM Maverick XDS than we can on a dirtbike. We doubt it! It might have loads more horsepower but it’s not a dirtbike. It’s heavier, has four wheels and a tendency to lean the wrong way in corners.

We cried BS to their claims and invited them out to race us on our Suzuki RMX450Z. On paper it looks like an unfair fight. The Maverick runs 976cc from a rotax, v-twin engine while the RMX450 runs 449cc from a single-cylinder engine. The Maverick has bigger brakes and four of them plus the option of four-wheel-drive for extra traction. The RMX450 has smaller brakes and only one wheel driving. And Can-AM have since released an even faster, more powerful Maverick X3 than the one Australasian SXS tested here. 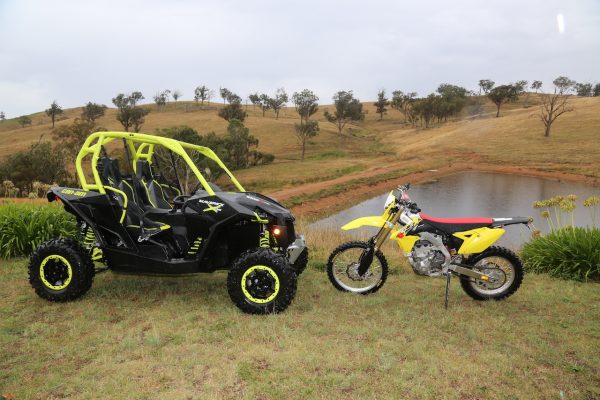 The Can-AM Maverick XDS has power steering and bucket-style race seat while the RMX has a metal bar to hang onto and a bench like seat that will send your arse into another dimension if it hits a square-edged bump. Ouch! Oh, and it’s got a turbo that in full whistle produces 131hp! You see, outgunned in all departments except one.

So while the Can-AM might have it on power and components, the RMX450Z should have it on size and agility. Check out the test results when pitted directly against each other here and make sure you give it to your mate who thinks he or she is faster on a dirtbike or side-by-side. 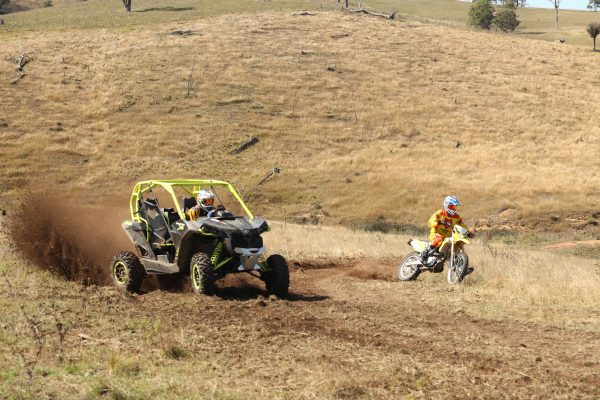