The 450 Class at Round 4 of the Lucas Oil Pro Motocross Championship saw Monster Energy Kawasaki rider Eli Tomac come-from-behind in both motos to take his second victory of the season.

As the gate dropped for the opening 450 moto, it was Rocky Mountain ATV/MC-KTM-WPS’ Blake Baggett who emerged with the Motosport.com holeshot ahead of Red Bull KTM’s Cooper Webb and Monster Energy Kawasaki teammates Joey Savatgy and Eli Tomac. With Baggett out front, the defending champion Tomac quickly went to work and managed to cross the opening lap second, followed by Webb in third.

Baggett set a blistering pace early in the race as he attempted to breakaway from the field, but Tomac matched his pace and started to inch his way up to the KTM riders rear fender. As Tomac looked to make a move on Lap 4, he made a costly mistake that shuffled him back into the fourth position, allowing Webb and Rockstar Energy Husqvarna Factory Racing’s Jason Anderson to slip by.

On Lap 6, Baggett continued upping his pace by breaking into the 2:02 lap times, which allowed him to build a comfortable lead over his championship rivals. Webb began to fall under heavy pressure from both Anderson and Tomac, losing second to Anderson on Lap 7 and third to a hard charging Tomac just one lap later.

Baggett was dominant as he took his first moto victory since the 2017 High Point National, winning by 9.8 seconds. Anderson rode to an impressive runner-up finish, giving him his best moto result of the season. Tomac rebounded to finish third. 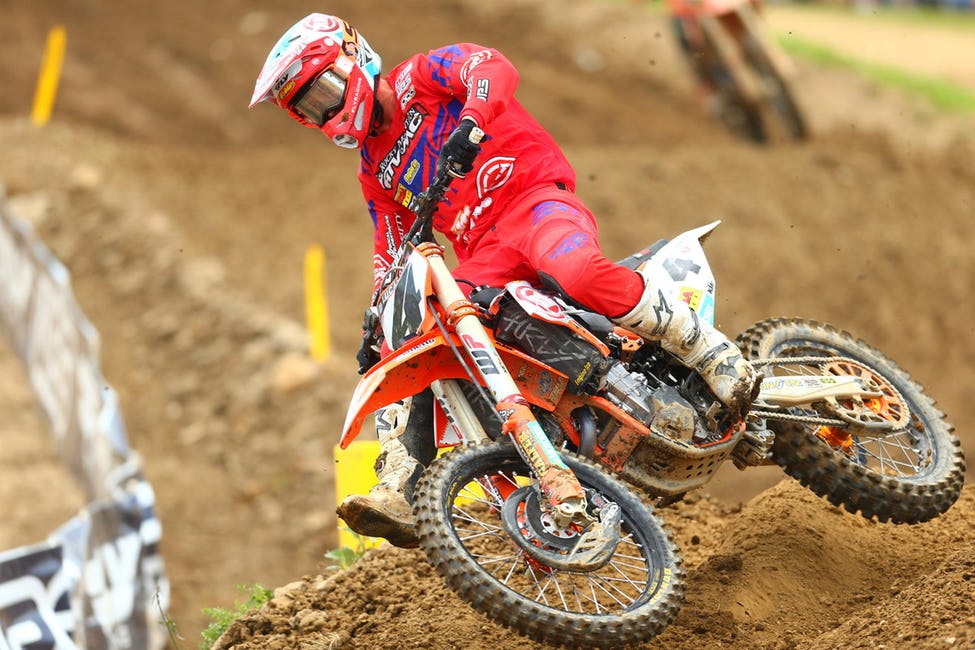 Baggett walked away with the first moto win, but could only muster 15th in moto two.

The deciding 450 Class moto saw Savatgy take his first Motosport.com Holeshot of the season ahead of Webb and Monster Energy/Yamaha Factory Racing’s Justin Barcia. Webb immediately attacked Savatgy heading into turn two, taking over the race lead. At the completion of the opening lap it was Webb, Savatgy and Anderson out front, while first moto winner Baggett found himself buried deep in the pack.

Webb put his head down and went to work as he looked to rebound from a challenging first moto, however, Savatgy had other plans as he matched the leaders pace and kept the gap to within a couple of seconds. Championship point leader Ken Roczen began to find his stride and blitzed his HRC Honda around Anderson for third on Lap 6. Roczen was relentless in his push to the front, muscling his way by Savatgy and eventually around Webb with an inside pass for the lead on Lap 9.

As Roczen quickly opened a lead over Webb, both Savatgy and Anderson engaged in the battle for third, with Anderson getting the upper hand, followed by Tomac in hot pursuit. On Lap 13, Tomac moved himself into a podium position by overtaking Anderson. The final stages of the moto saw Tomac and Webb pull alongside each other several times before Tomac took control of second on Lap 15. 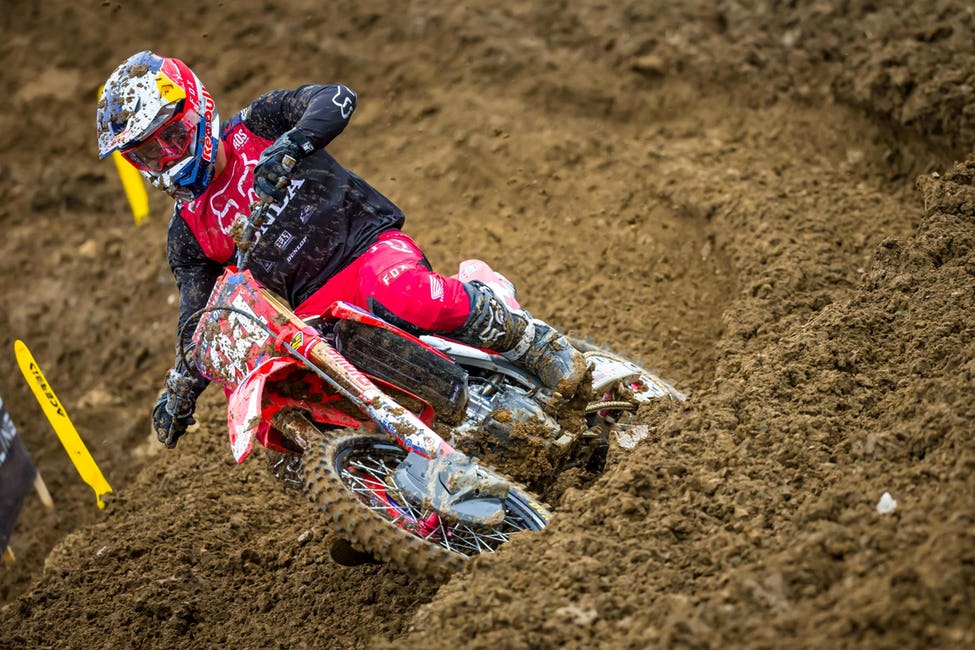 Roczen’s 6-1 moto results gave him second overall on the day.

Roczen carried on to his third moto win of the season, by 4.9 seconds ahead of Tomac. Webb followed in third, matching a career-best moto finish.

Tomac’s 3-2 effort gave him his second overall victory of the season and the 19th of his career, which puts him into sixth on the all-time list. Roczen’s second-moto win vaulted him into the runner-up spot (6-1), while Anderson finished third overall (2-5).

“Today was a unique situation by winning with 3-2 moto scores,” said Tomac. “I’m not sure if I’ve ever won a race without winning a moto. We did what we could and battled towards the front, so overall the day was good. The track had a lot of good character today, the ruts were plenty deep and the track was rough.”

With the win, Tomac move to a tiebreaker with Roczen in the championship point standings with 176 points apiece. Teammates Osborne and Anderson are tied for third, 32 points out of the lead. 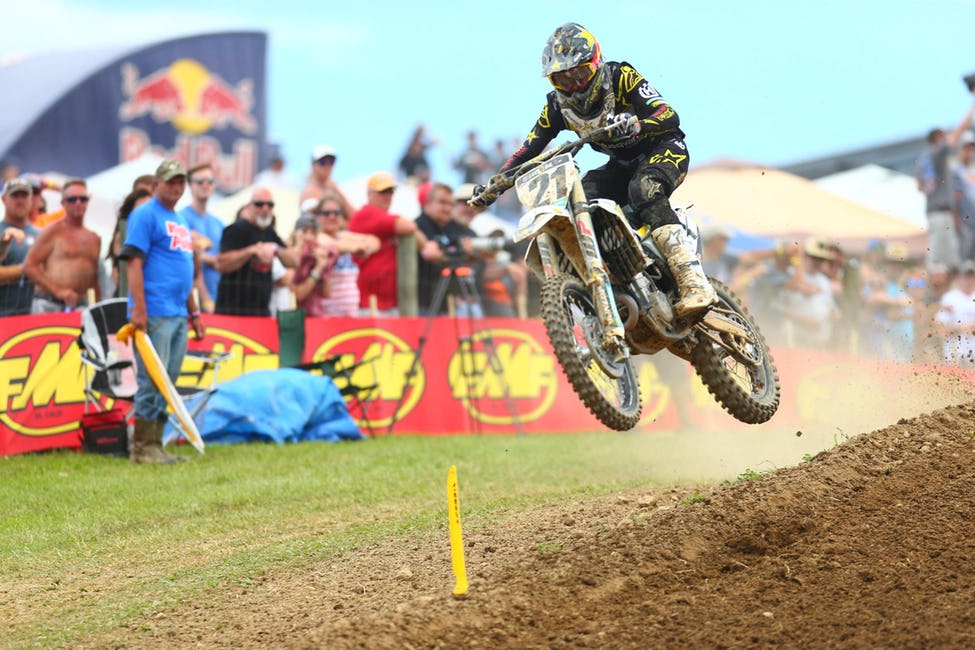 Anderson was in the mix both motos and finished third overall (2-5).