Sitting third in the 2019 Women’s AORC Championship is Emelie Karlsson. Motorcycling Australia sat down with Karlsson to talk about her season so far and how she feels heading into Rounds 5 and 6.

After an up-and-down start to the championship, MA sat down with the 2013 champion to find out how her season has gone and previews this weekends Yamaha Australian Off-Road Championship (AORC) for rounds five and six of the championship in Kyogle in New South Wales.

After four rounds in this year’s championship, you sit in third place in the championship fight after having scored two second places, a third and a fifth place. From your point of view are you happy with how your season has gone to date or have you expected more from yourself?

Honestly its been a pretty tough start to the season. It was going really well in the off season. However, I fell off the bike the day before Christmas which resulted in a broken foot. Then I took the cast and moon boot off early so I could race the first round in March. With so much time off the bike I didn’t really have the right preparations heading into the season.

Round one started off ok, I managed to get second. However, the following day I was fifth. I was second in every test, apart from the last one as my chain came off, which costed me time. So, that was a bit annoying.

Round three and four in Dungog, I was again pretty unlucky as I had a log stuck in my rear wheel which locked up my rear wheel, causing me to crash. Once again, I lost time as I had to pull that out. I’m just really hoping my luck can turn around for the run home now in the championship. 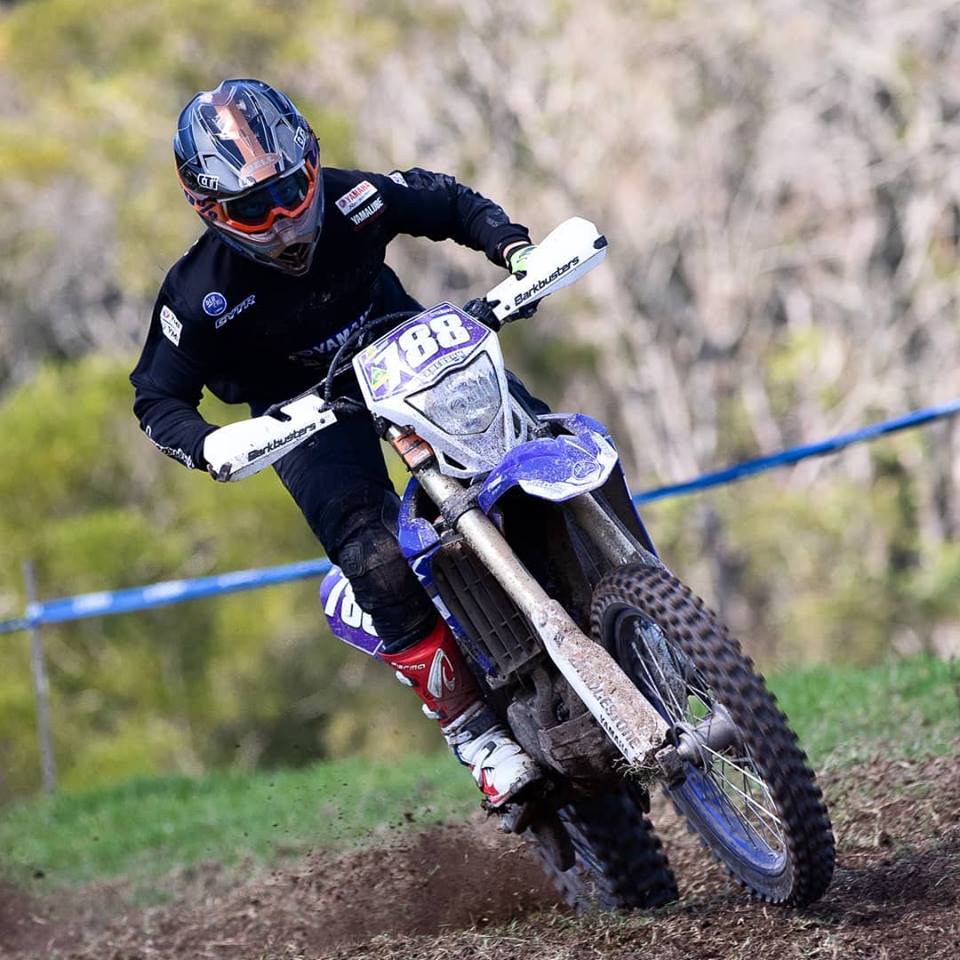 In terms of this year’s championship, you head into this weekend in third place in the championship, twenty points behind the championship leader being Jess Gardiner who has won every round thus far this season. How do you believe you can put a stop to her winning streak and chip away at her points lead?

I’m not too sure, as Jess is riding really well at the moment. When she is riding the crest of the wave, like she is right now, its hard to beat her. It appears that she has everything sorted right now. In saying that, I believe if I can sort out my issues that I can be up there still and fighting for race wins. I know I still have the speed when things are going well. I just have to find that speed when I’m racing again and get back up there with both Jess and Emma [Milesevic].

Not only has Jess been riding well, Emma has been riding extremally well to, which is great to see someone new up there giving us a run for our money.

After two years we head back to Kyogle for this weekend fifth and sixth round of the series. Last time the AORC championship went to Kyogle you walked away with a fourth and third place. On paper it seems like you enjoy that style of track – rocky/hilly. Give us your thoughts on Kyogle.

I think this weekend should be good, as it should be pretty technical, which I normally enjoy. The last few years we have been to Kyogle it has been the enduro type format, but this weekend is going to be two sprint format races. From what we have heard its not going to be as much grass tracks, like it was in 2017. So, from the sounds of things it should be very technical. If that’s the case hopefully I can get my bike and my suspension sorted out ahead of the weekend to suit that style of riding. I just hope it doesn’t pour down with rain, as it can super slippery there.

In this break you have headed back to home land in Sweden to do some racing. Sum it up. How has that gone for you over there? Most importantly, how important is it for you as a rider to keep having seat time to keep you ‘pin sharp’?

I went back home for three weeks, mainly to see my family. While I was there, I raced one of the motocross nationals in Västerås, which didn’t exactly go to plan. I had some electrical dramas with my bike. Apart from the issues I had, it was a good weekend, as it was only half an hour from my home town. I mainly did that motocross round just for fun really. The weekend after I competed in a cross country in Linköping, called Stångebroslaget.
That weekend was perfect conditions. However, it started raining overnight which turned out a bit like Hattah.
That was a solid weekend, as I managed to finish second there. I had heaps of fun, as it was a real technical track. I have to give Yamaha Scandinavia and Yamaha Centre Vasteras a shout out, as they were the ones who were good enough to supply me with the bike.

Can you use any of that experience which you gained racing in Sweden and apply it for this weekend and the rest of the season?

Yeah, I certainly hope so. I rode a Yamaha YZ250F over there. Obviously, it’s a different bike to what I race here in Australia, being the WR. It takes a little bit of time to get used to, but the WR250 is the bike which I have been racing all year now. The main thing is I found some really good settings while I was in Sweden, which I’ll try and use for the WR250 now. Fingers crossed it will work out for me.

With the remaining rounds after Kyogle being Broken Hill, Coonalpyn and Hedley. Which of those rounds you most looking forward and why?

If we didn’t race at Broken Hill last year, I would have said Hedley. However, I had a really good round at Broken Hill in 2018, as I won on both days. So, it goes without saying, I’m really looking forward to getting back to Broken Hill in August. I felt really good there last year as well as it was fun to do something different. While it was so dusty there, it was a really fun track to race on.