Round 8 of the 2019 Pirelli MX Nationals concluded early after one round of racing for the championship classes. 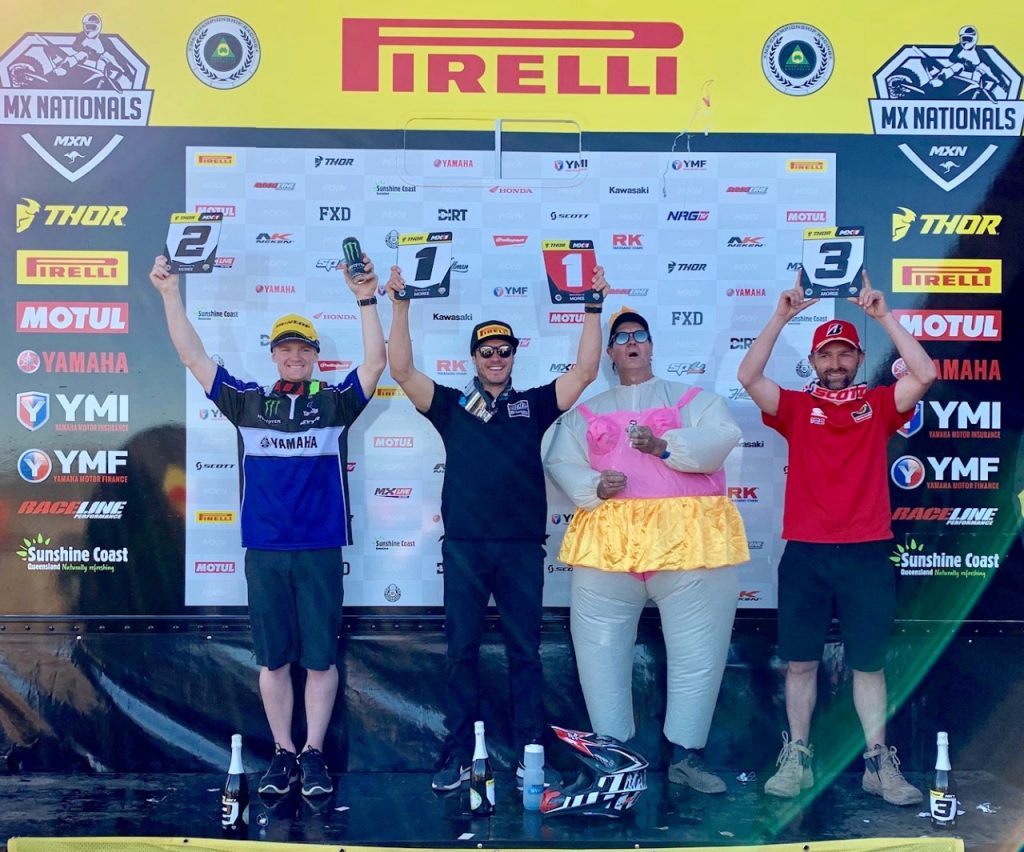 MX1
Kirk Gibbs continued his impressive second half of the season campaign with a win in Racine Superpole and second overall at Moree. Todd Waters was too strong at Moree winning the overall and taking back the Championship Red Plate.

THOR MX1 again saw the Championship Red Plate change hands with DPH Husqvarna’s Todd Waters winning the opening moto and taking advantage of a first-lap crash from CDR Yamaha Monster Energy’s Luke Clout who would ultimately finish ninth in the moto. The two are now separated by just two points heading into the final two rounds of the series at Coolum next weekend. Kirk Gibbs would lead the majority of moto one on his CDR Yamaha Monster Energy machine before succumbing to Waters speed, ending up second in the moto. Brett Metcalfe would ride to a solid third position on his Penrite Honda CRF450, unable to match the speed of Waters and Gibbs but comfortably ahead of the rest of the field. Empire Kawasaki’s Dylan Long rode to a season-best fourth position with Yamalube Yamaha’s Richie Evans and Davey Motorsport KTM’s Caleb Ward both riding to season-best finishes with fifth and sixth position respectively. 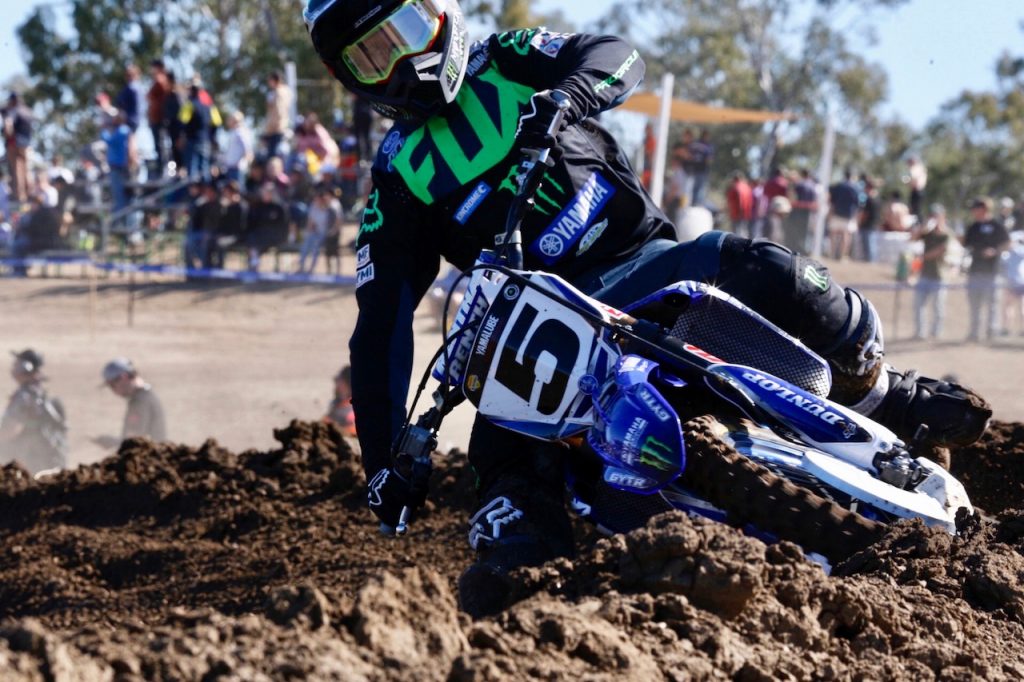 MX2
Pirelli MX2 started out the day at Moree with the back to back seven lap sprint moto format. Davey Motorsport KTM’s Dylan Wills claimed the $100 Holeshot award and would lead every lap en route to his first moto win of the 2019 season. Serco Yamaha’s Nathan Crawford showed blistering speed to charge through the pack and finish second, while privateer Isaac Ferguson would finish third. Championship red plate holder Wilson Todd finished seventh on his DPH Husqvarna while his championship rival, Penrith Pirelli CRF Racing’s Kyle Webster would struggle after a first lap fall and finish thirteenth. In a crazy day of action Yamalube Yamaha’s Jay Wilson also went down on lap one whilst attempting to pass for the lead and would ultimately be the catalyst for Wilson Todd’s first lap crash as the two came together in a big impact while Jay attempted to get back to his bike. 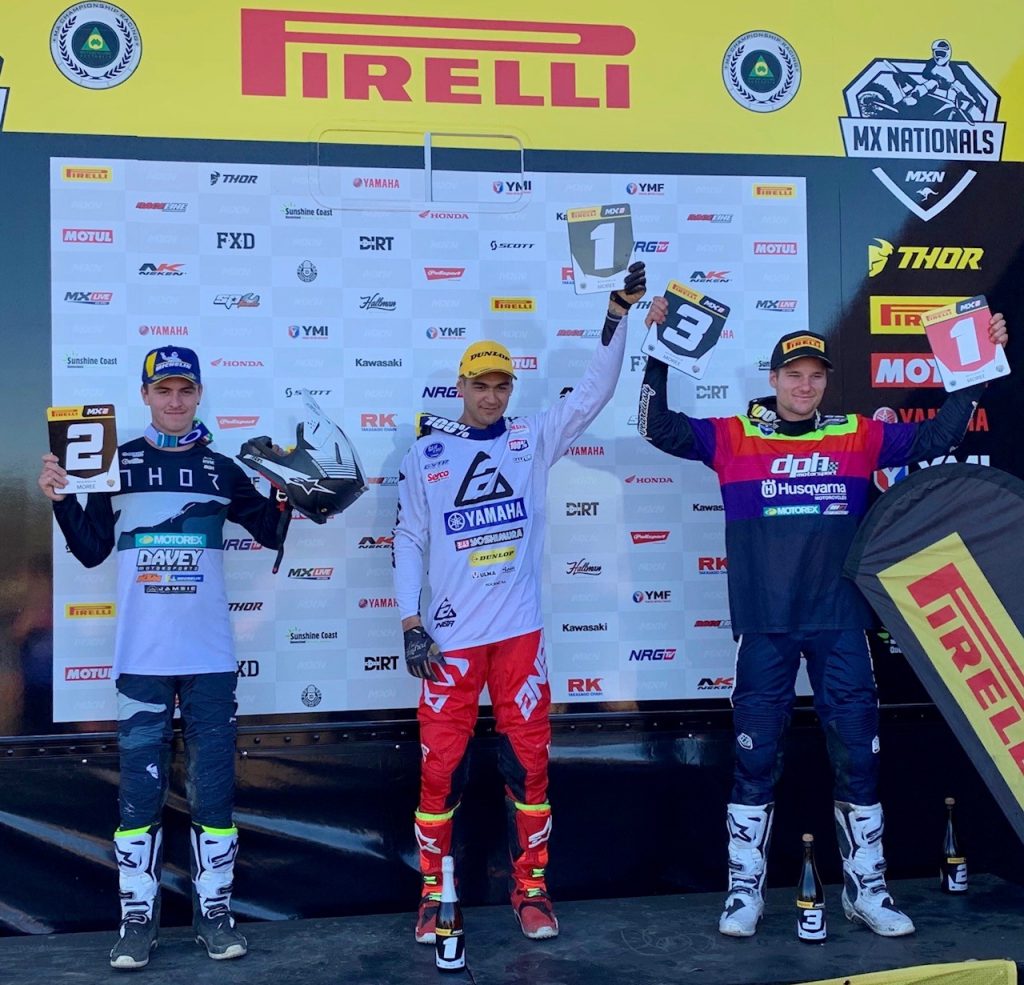 Moto two of the back to backs saw Nathan Crawford take the win over Wilson Todd with Jay Wilson finishing third. Race one winner Wills could only manage fifth after a bad start and Kyle Webster continued to struggle with the Moree circuit with sixth position.

At the conclusion of the back to back moto’s and eventually the overall positions it would be Nathan Crawford, from Dylan Wills and Wilson Todd rounding out the podium. In a costly day for Kyle Webster he would finish ninth overall and drop to eighteen points back from the championship lead with two rounds to go. 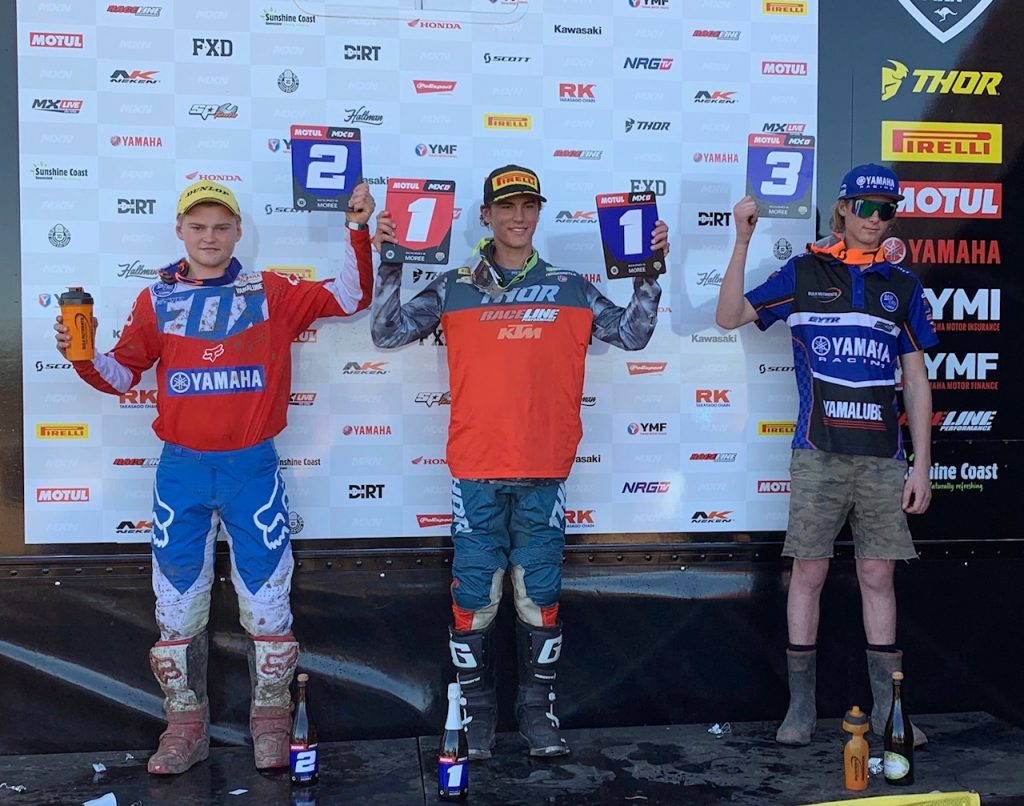 Regan Duffy now holds a commanding fifty two point lead over Maximus Purvis in the Motul MXD championship heading into the final two rounds of the season at Coolum next weekend.