Honda Team rider Kevin Benavides remains at the top of the Andalucia Rally standings after finishing second in Stage 2.

Stage two of the Andalucia Rally was far from an easy one, with a total of 365 kilometres to tackle in the road book, 270 of which were against the clock. Benavides opened the track in both of the special stages held today and, despite this impedance, a crash in the opening special and a 2-minute time penalty for missing a waypoint, nevertheless managed to keep hold of the leading position in the general standings, posting second place on the day, less than one minute behind the eventual stage winner, Ross Branch. The Honda Team rider now has a five-minute advantage over the nearest second-placed rival, Sherco’s Lorenzo Santolino.

“It was a very good stage for me. I started out very focused. I was doing very well over the first 100 kilometres, opening the track but opening a gap from the rest. Two kilometres before the finish of the first part I had a small fall, scratching my arm a little. I slowed down a bit for the rest of the stage, but I did well. I think finishing second today is a great job. We will try to keep progressing and try to finish as best we can,” Benavides finished.

Yamaha’s Ross Branch won the day’s Stage, 42 seconds ahead of Benavides. “It feels awesome to get a stage win,” said Branch. “It was a great day, I set off steady, minimising mistakes as these can prove costly. Everything is on point. My bike, navigation, and I’m just pumped to take the win today. It’s a great feeling and sets me up for another strong day tomorrow.”

Sherco’s Lorenzo Santolino picked up third for the day. Adrien Van Beveren of the Factory Yamaha team was fourth and KTM’s Toby Price collected fifth for the day.

Starting further back in the field of riders due to his 17th place finish on stage one, Price had to ride through the dust from the competitors ahead in order to make up time. Despite the disadvantage, Pricey was able to fight his way through to third at the stage’s halfway point. A small mistake cost Price some time in the second part of the special, but the former Dakar winner was able to hold on for fifth at the finish.

“Day two has gone a little better, but the rally is certainly proving to be quite a challengem said Price. “A lot of people had some crashes today, including Sam and Matthias, so the main goal, as ever, is to get to the finish unscathed and on two wheels. I’m pleased with how I rode, it wasn’t easy starting further back and having to deal with the dust, but the result is ok. Two days left now so we’ll see what happens tomorrow.”

Joan Barreda, who started behind his team-mate Benavides, conceded some time with a GPS issue and went on to finish the day in eighth place. The Spaniard is now fourth overall, half a minute off a podium place.

“This second stage has not been an easy one. I started ahead and it was tough: around kilometre 50 I had some problems with the GPS, which triggered an alarm signal and it wouldn’t work when I got to the waypoints,” said Barreda. “There was a moment of confusion until another rider caught me up and we were able to ride together until the end of the special. The slopes here are very technical, complicated and very slippery. Luckily we are still on the bikes and now it’s time to think about the next stage.”

KTM Factory Racing’s Daniel Sanders continues to learn and gain knowledge onboard his KTM 450 RALLY. Putting in an excellent performance on what was only his second-ever competitive rally stage, Sanders placed 15th, despite a couple of crashes along the way. Now with the rally at its halfway stage, Daniel is starting to settle into the race and looks forward to more solid results from the remaining two stages.

“Today has been good, it was easier for me starting at the back and being able to follow the lines, so that made things easier to navigate,” said Sanders. “I started off really well but made a mistake quite early on – the tape was down and the layout didn’t match what I had on the roadbook – I think a few people got lost there. I did have a couple of crashes, but generally I found that I could get into a good rhythm today and find a nice flow. We repeated part of yesterday’s stage too, so it was good to be able to push there. I’m feeling good, and the bike has been great – looking forward to tomorrow now.”

Tomorrow, sees the longest stage of the Andalucia Rally with a total of 434 kilometres including a single 300-kilometre special to be held in the province of Seville. 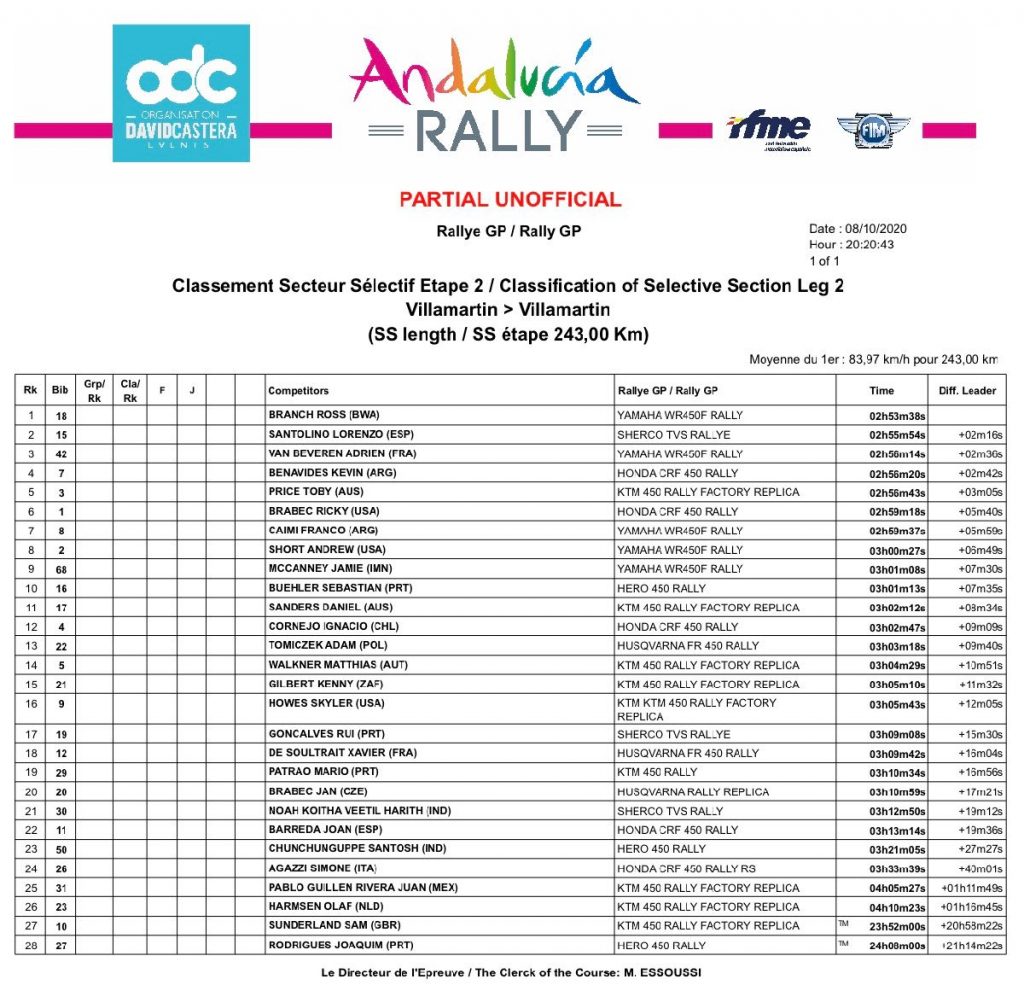 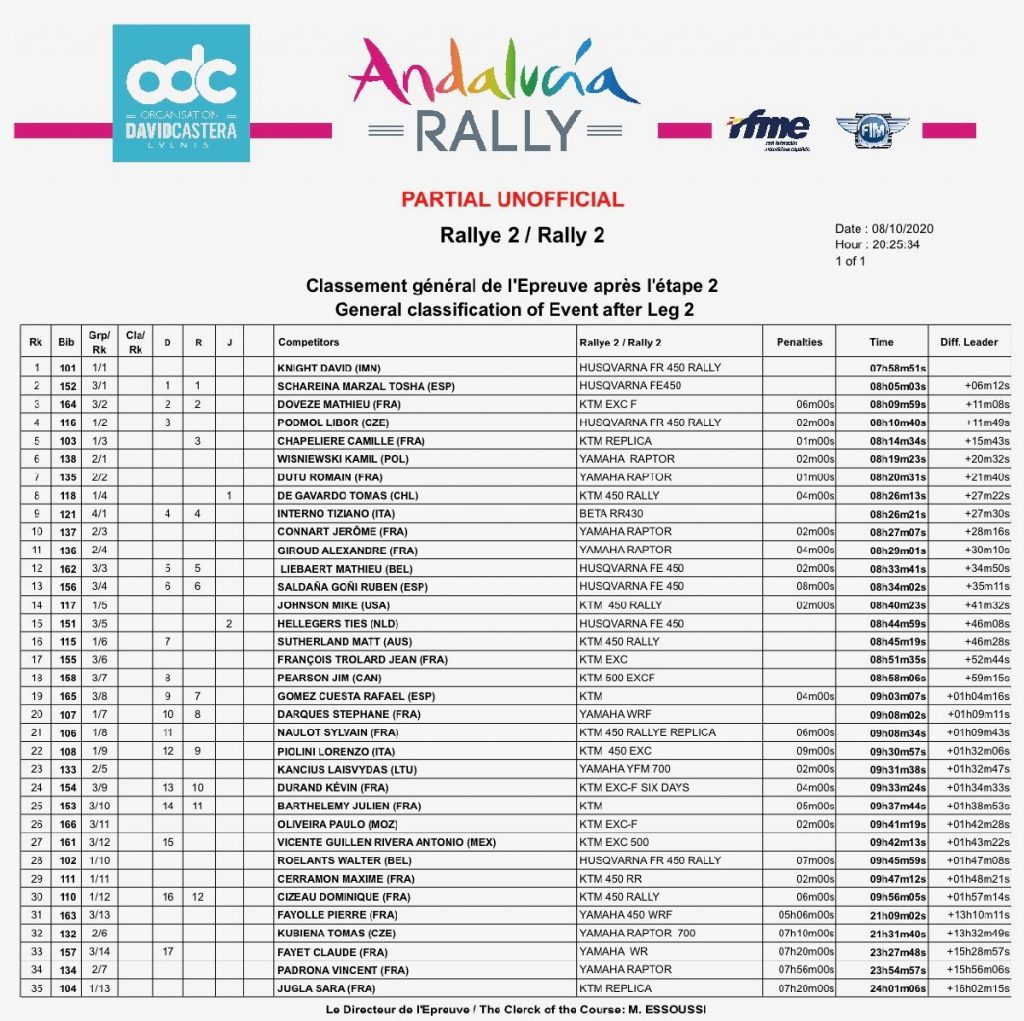 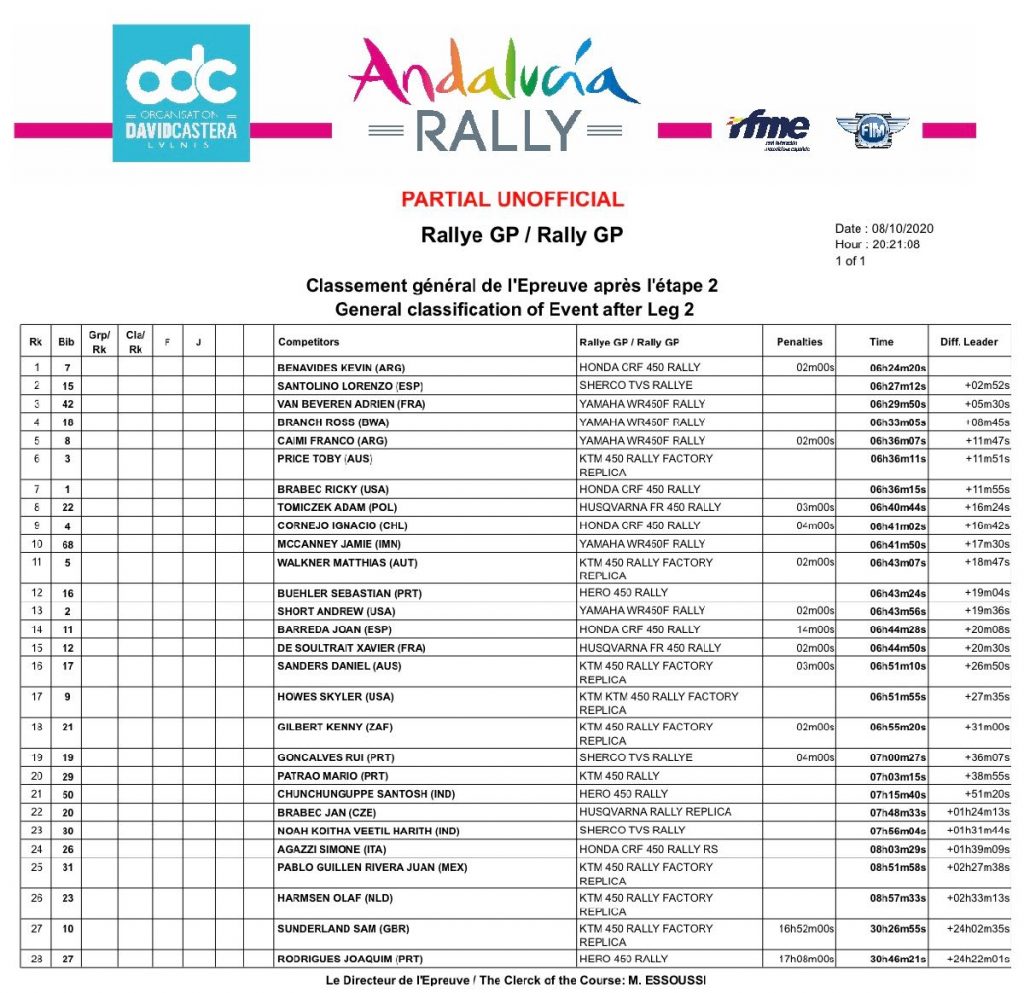 Murray Bridge goes Retro for Round 5

Round five of the 2017 Motul MX Nationals at Murray Bridge will mark a bright and colourful Retro Round.

WESS Diaries: Taking on the Erzberg