Boasting some of the world’s best junior motocross riders, the FIM Junior Motocross World Championship saw Aussies represented across all three classes (65, 85, and 125cc). Although they were unable to successfully defend Australia’s Team of Nations trophy won on home soil at Horsham in Victoria, the team that traveled to Italy acquitted themselves brilliantly, finishing ninth overall and representing their country proudly.

Team Australia Team Manager Mark Willingham was quick to praise the efforts of all the riders representing Australia in Italy. “Really happy with the effort from all the riders,” Willingham said. “Similar to some previous years our 65cc class riders were amazing, and then we see the strength of the European racing program really shine through in the 85 and 125 classes. 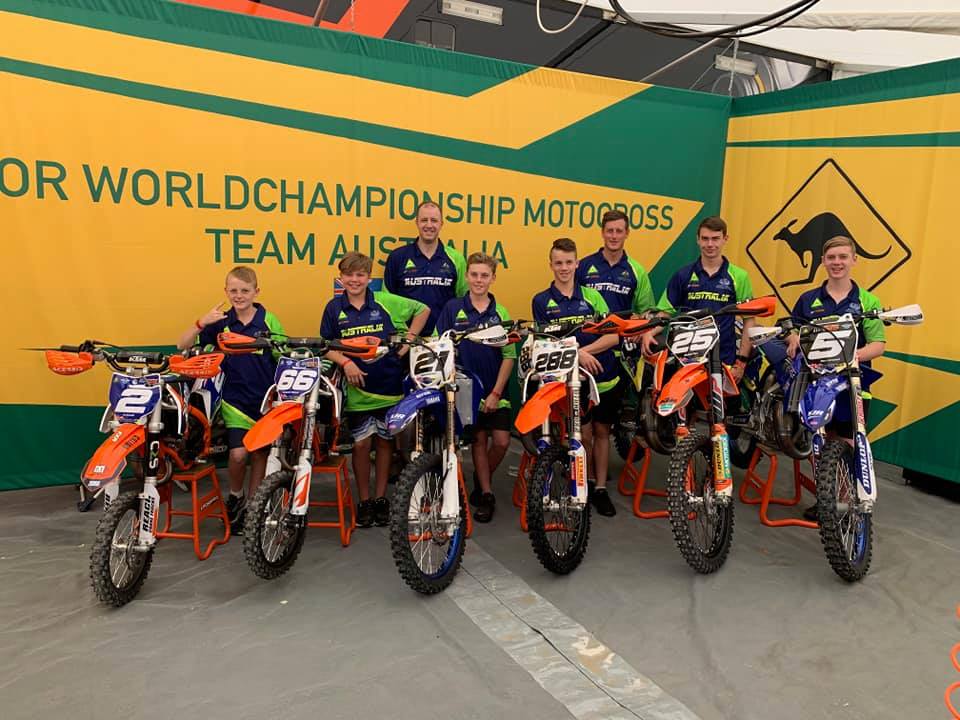 “From my perspective, Team Australia had one of the best set ups we’ve ever provided on site to ensure the riders had everything they needed. With our main section arranged under the Diga Racing truck we had a full catering service for our meals along with their experience and guidance. On top of this our Yamaha riders were provided services from Yamaha Europe’s official race trucks, which was a result of all the effort the Aussies arranged last year welcoming the European riders at Horsham.

“In the end Team Australia finished up 9th in the standings, and were the first team home that was unable to score points in all 3 classes.”

Ryder Kingsford (Yamaha) and Campbell Williams (KTM) also made it to the finals, finishing in 13th and 24th places in the 85cc class. Also representing Australia were Alex Larwood (Yamaha,125cc), and Blake Fox (KTM, 125cc). 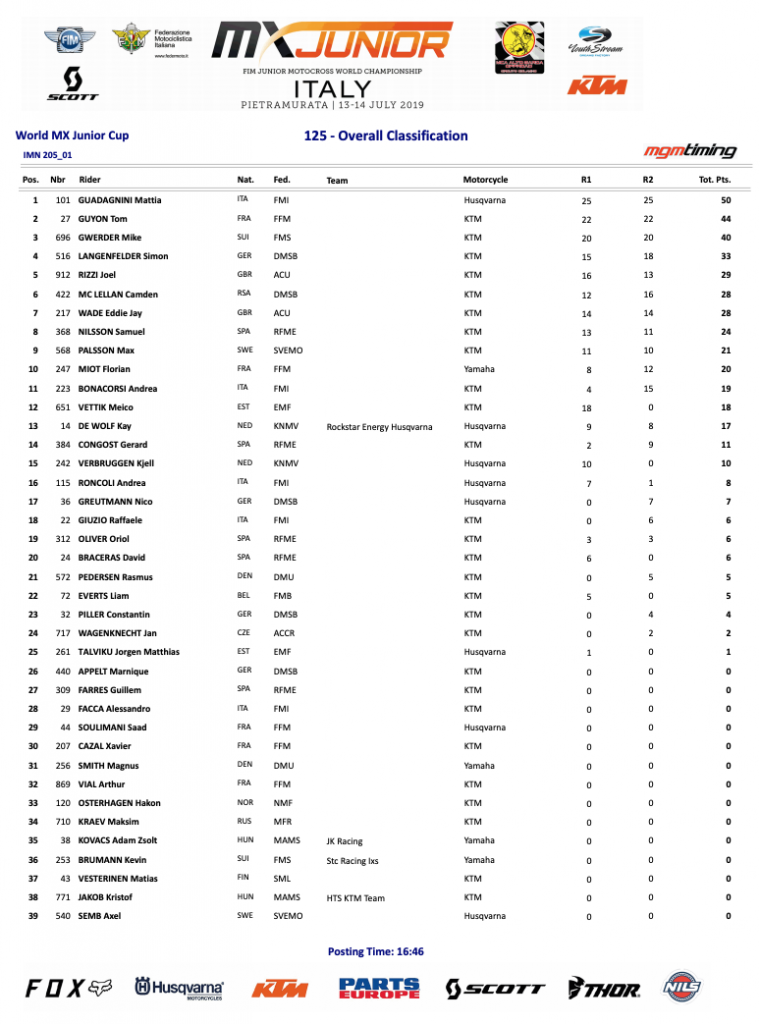 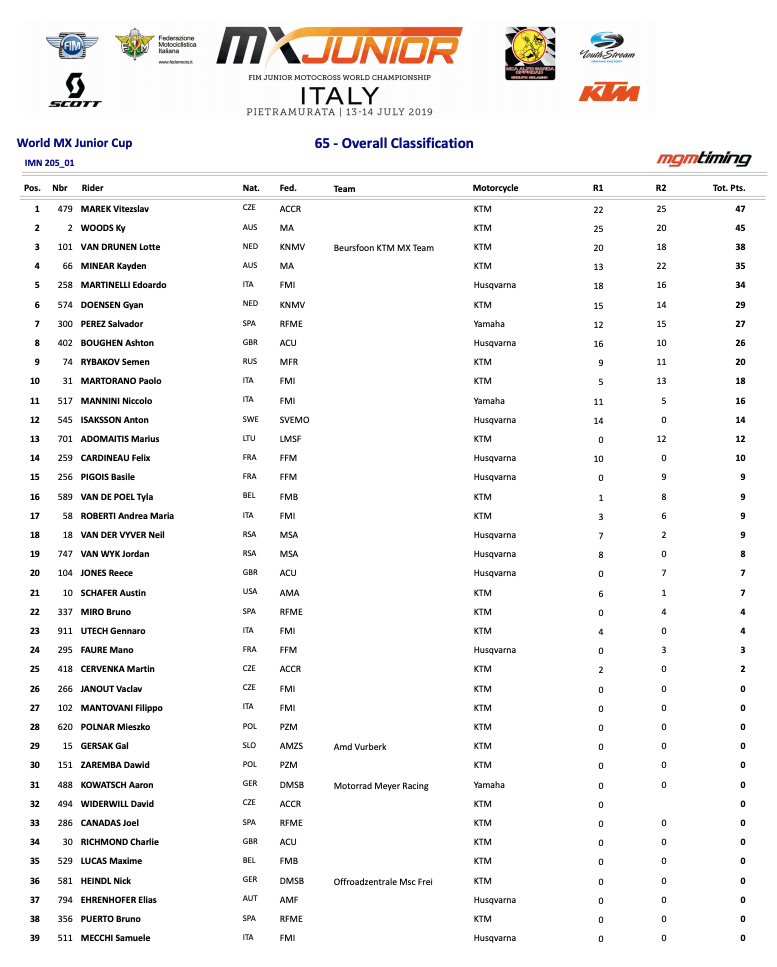 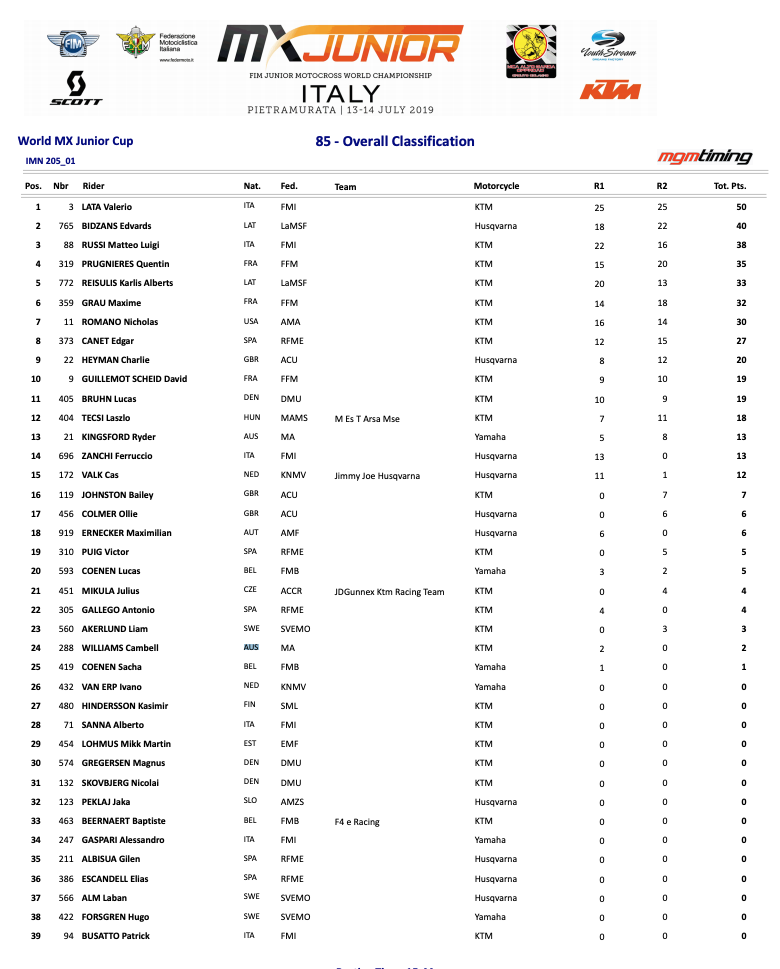