As the green flag waved for the start of XC1 Pro Class it was Aussie N-Fab/AmPro Yamaha’s Daniel Milner had a quick jump off the start and grabbed the $250 All Balls Racing XC1 Holeshot Award, but by the time they hit the apex of the first turn JCR Honda/Lucas Oil/Maxxis/FLY Racing’s Chris Bach had moved into the lead with Rocky Mountain ATV*MC/KR4/FAR Racing Husqvarna’s Thad Duvall in the mix as well.

“The track shaped up a lot different than it was when I originally walked it this morning,” said Russell. “It ended up making for some great technical racing with multiple lines.”

Once they checked through timing and scoring for the first time Bach still had control of the lead. Duvall would still maintain the second place, while Russell and Strang was back in fourth and fifth. 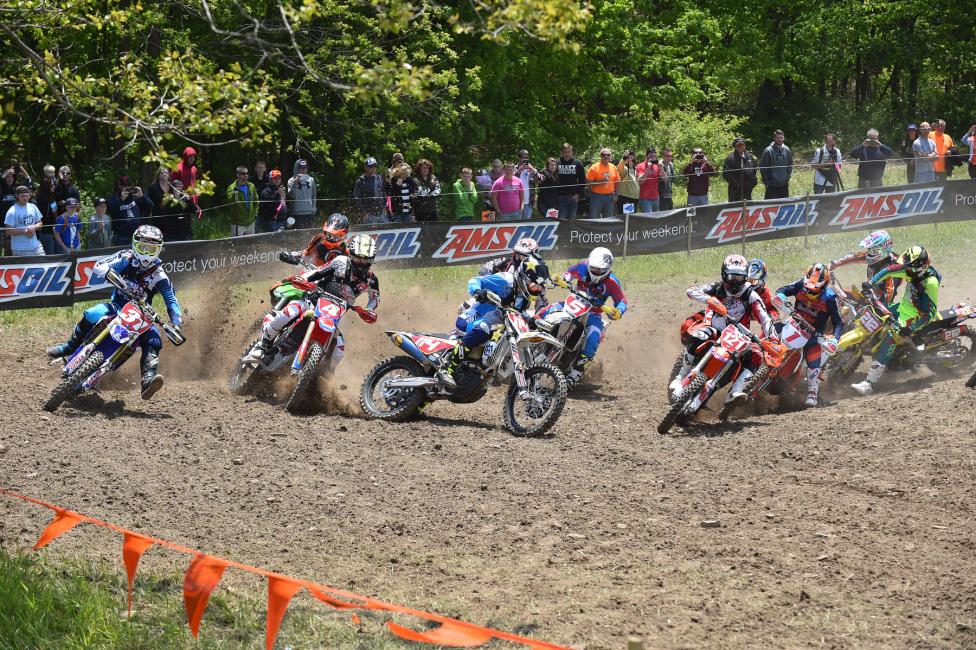 By the second lap, Russell would make his way into the lead with Duvall and Strang following. Once the three-hour race hit the halfway mark Duvall would find himself in front. However, the three would exchange the lead every few minutes creating an exciting race for not only the fans, but also the racers themselves.

Once the white flag came out it was an all-out battle for the win between Duvall, Strang and Russell. Duvall would continue to have the lead on the last lap, but unfortunately make a small mistake right after seeing the flag allowing for Strang and Russell to get back around him.

“I felt like I could have won all day, but I just came up short the last lap,” said Duvall. “I made a mistake and rode super tight. I tried everything I could do the last lap and had a good line going up the hill climb gaining seconds, but it was a sprint to the finish and I couldn’t make up the time.” 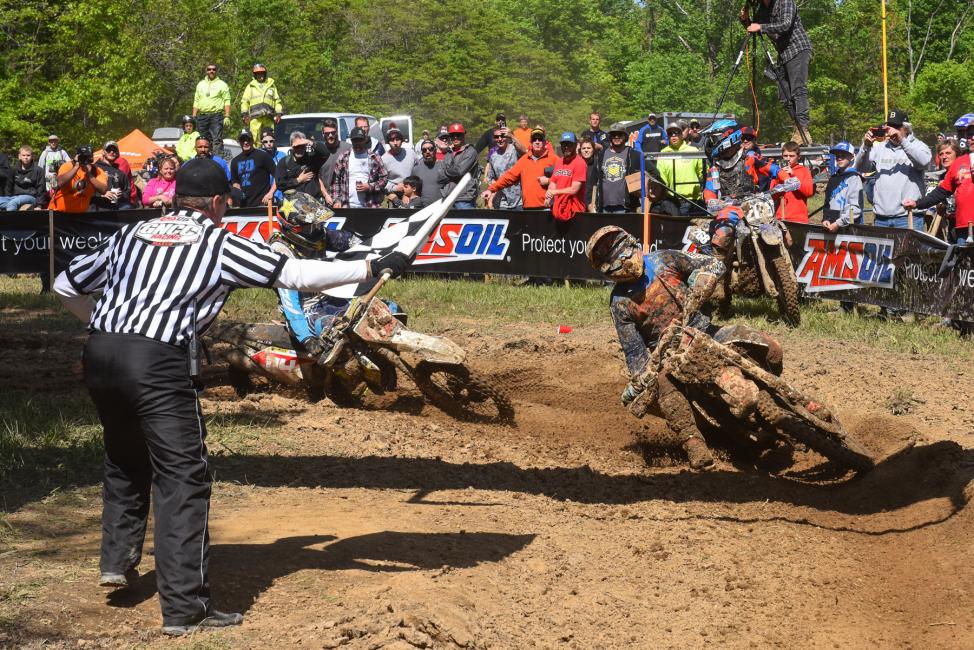 After racing wheel-to-wheel for majority of the last lap, Russell knew he had to make the pass on Strang for the lead at the next possible section. With the Pro Row situated just one turn before the finish line, Russell charged for the lead passing Strang down the straight stretch. Strang would hang with him, but would not be able to get back around in the last turn finishing in second just one thousandths of a second behind Russell.

“I don’t feel like I was the fastest guy out there today,” said Russell. “I just had a bunch of little tip-overs. It was almost easier to be behind than lead today, because of all the bad lines and lappers. We all had a good battle and it seemed like every mile we just kept changing out the lead. After we came back through the starting area I knew there wasn’t many places to pass from there. Josh got protective and was riding the inside lines and I was able to make a hairball pass on him and stick it out for the overall.” 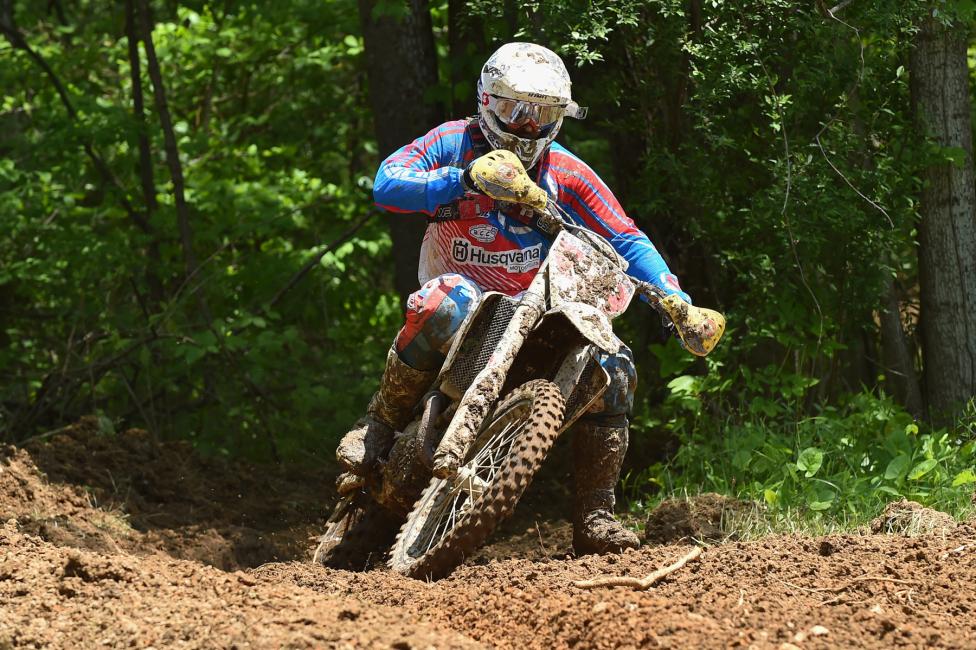 “Kailub and I started going a little faster on the last lap,” said Strang. “We went back and forth a few times and he got me right before the end and I just couldn’t get back around. It’s unfortunate, but it was still a good race overall.”

Westfield Powersports KTM Presented by Moose Racing’s Jordan Asburn finished just off the podium in fourth. Ashburn was able to ride one of the most consistent races of the day to earn the impressive finish. After leading the first lap, JCR Honda/Lucas Oil/Maxxis/FLY Racing’s Chris Bach would fall back to finish fifth overall. Milner followed Bach in sixth with a tenth overall.