BCP Pro Circuit Honda Junior Development rider Taj Marshall has been cleared of any serious injuries after a huge mid race at the Victorian Junior Motocross Championships held in Mildura.

Taj Marshall was in fine form on the day and was looking good to battle for the overall win. Having holeshot race one, the reigning National Junior Champion dropped back to third in the opening laps and then put on a huge charge to make his way into second place and finish only a couple of bike lengths behind race winner Cody Dyce.

Race 2 saw another huge holeshot from Marshall who was relegated back to second place only a couple of corners later by Cody Dyce. From here a battle erupted over the next two laps until it all came unstuck for Marshall on a tricky tabletop jump where one of Marshall’s trademark ‘scrubs’ came up completely wrong with the bike landing ninety degrees sideways and hitting a kicker on the take off ramp, throwing him off the bike hard into the ground. A concussed and battered Marshall made his way off the track unassisted but would be diagnosed with concussion by medical staff at the track and withdrawn from the remainder of the day.

With a DNF in moto 2 of the day giving Marshall no points, he was currently still holding down third place in the championship by a slender six point margin. However, being unable to participate in the final race of the day meant that Marshall would be relegated back to fourth in the A grade 250cc state title for 2016.

Marshall’s team-mate Trent Collins had been doing a terrific job in the championship chase leading up to the final round at Mildura. Having missed round one at Outtrim due to his home country commitments in New Zealand where he would wrap up the National Junior MX Titles that weekend, Collins won a Moto at Warrnambool’s Round 2 while finishing in second place on the day, and would once again finish on the podium at Round 3 in Ararat while putting down the fastest lap times out of anyone on the day. A mid week crash during the week leading up to Mildura dampened the impact of Collins at the final round and the normally lightning fast New Zealander would find himself out of the hunt all day. A fifth in the final race would end Trent Collin’s 2016 campaign, with the kiwi taking 6th overall in the championship after missing a round.

The third rider of the team, Tom Bell found some good form at Mildura but once again was troubled with starts. Having to charge from well outside of the top 10 in each race Bell found himself battling for finishes around the top 5 all day. A fitting fifth place in the Championship for Tom Bell is a reflection of a year so far where the young gun has shown flashes of brilliance but struggled to find the consistency needed against such a star studded field. 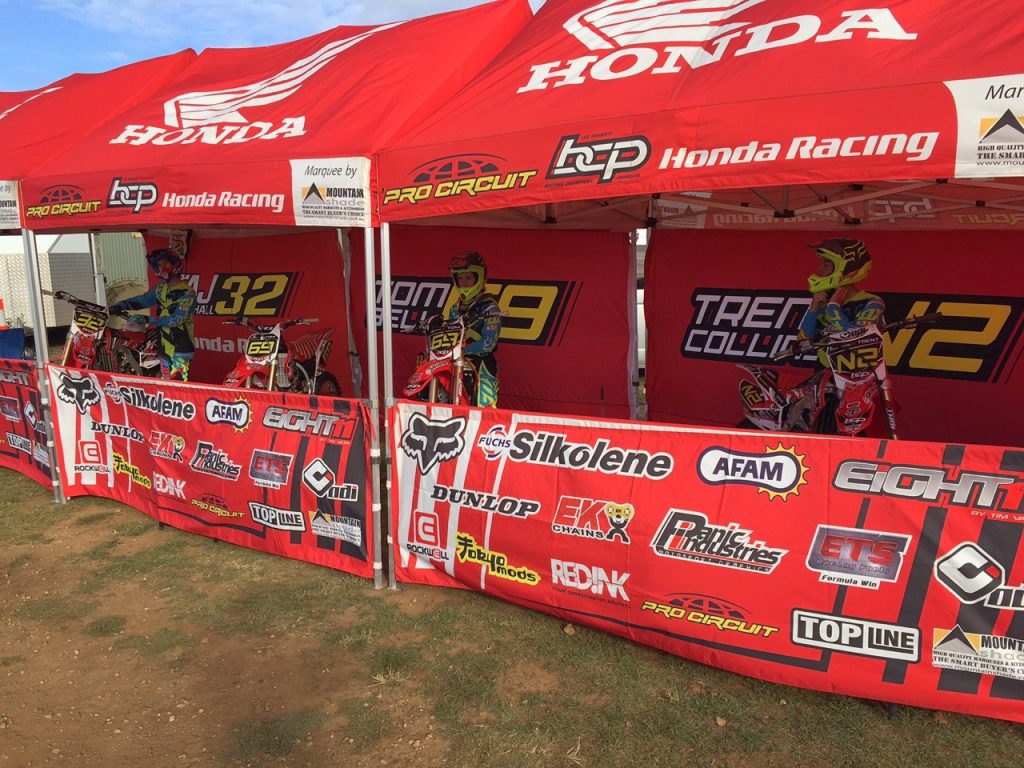