“It’s not only about the money, it’s the feeling of crossing the finish line three times in a row on the same night that’s pretty amazing. It’s very tough to do,” offered Red Bull KTM Factory Racing and 2017’s Million Dollar Winner, Marvin Musquin. “It was a crazy night of racing [2017] and being able to win it is the highlight of my career.” 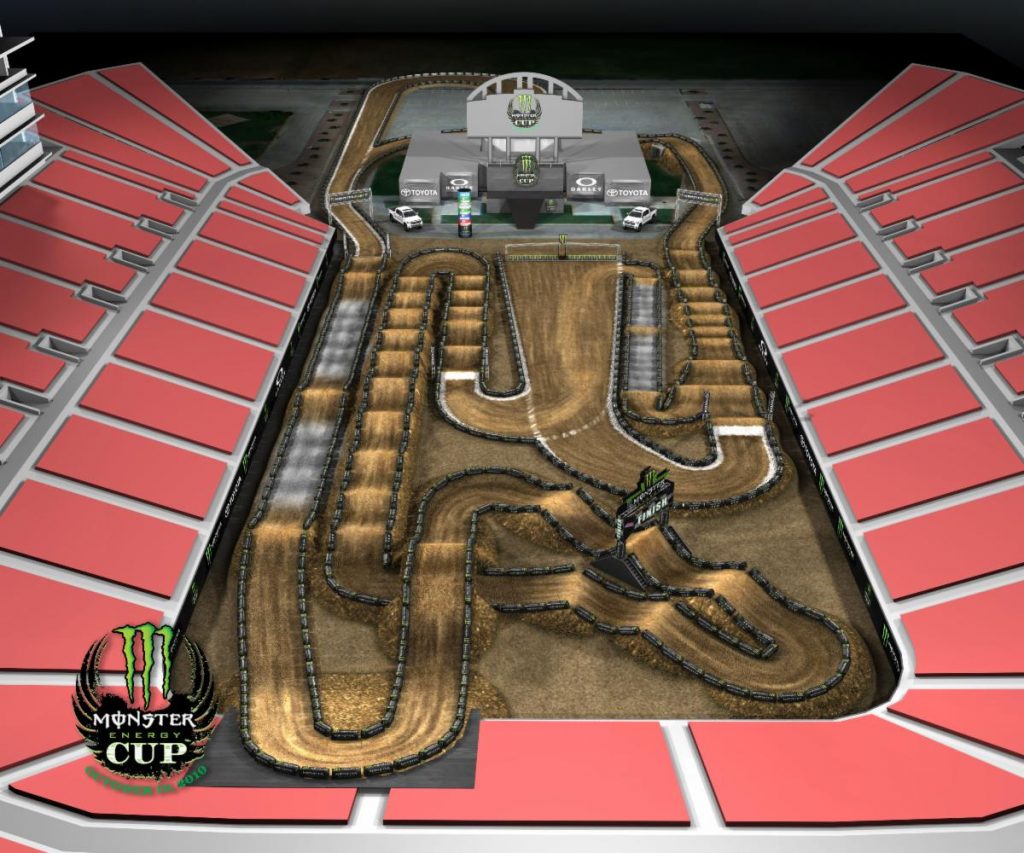 To make this year’s race even more challenging for the athletes, 5-time Supercross Champion and Monster Energy Cup track designer Ricky Carmichael went to great lengths to create a one-of-a-kind hybrid track which features three different starts that will send the racers backwards during one of the three 10-Lap Main Events. Two starts will begin inside the stadium where athletes will veer to the left for one Main Event, then to the right for another, while a third start will take place outside of Sam Boyd Stadium where racers will have a long sweeping first turn that will have them screaming back into the stadium and down Monster Alley at full speed before hitting the first rhythm section.

In all, the 2019 Monster Energy Cup track features 37 different obstacles, a fan-favorite over-under bridge, a Monster Energy Arch that traverses into the grandstands, dual sand sections and the ever-nagging Joker Lane, which as in year’s past will be a slower disadvantage that athletes will have to race through at least once during each Main Event. 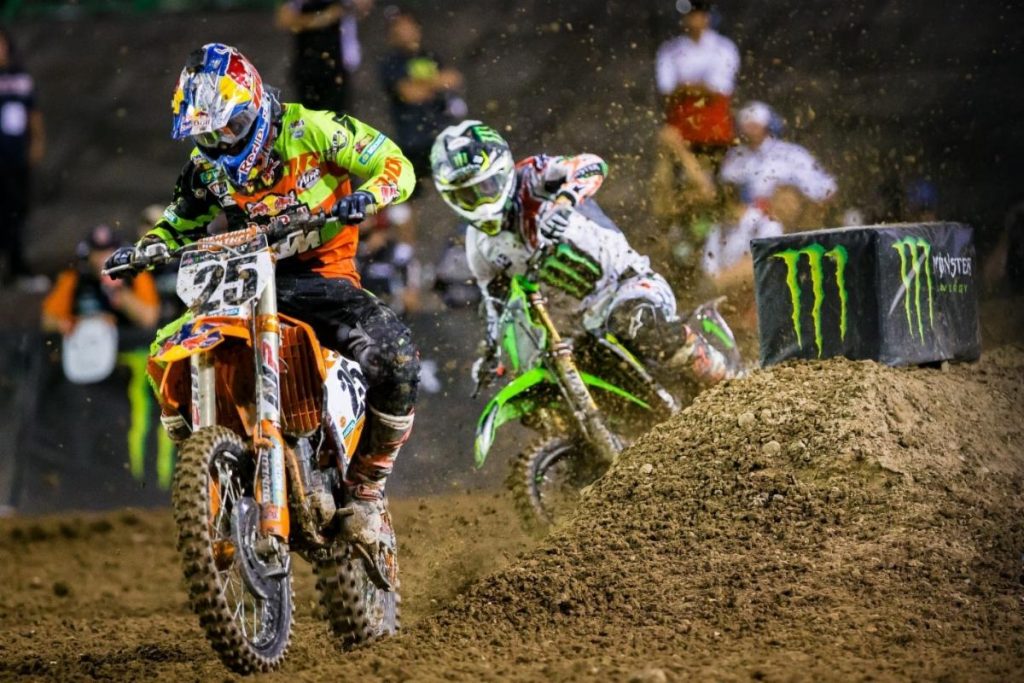 The open Cup Class format pits competitors against each other on 250cc and 450cc machines and offers racers the option to choose the bike of their choice. The only rules are there are no rules and 3-time MXGP Champion and Team HRC athlete Tim Gajser plans to take full advantage of this opportunity. “I am really looking forward to racing the Monster Energy Cup in Las Vegas in October. It is a great event and I am excited to see how well I do on a Supercross-style racetrack,” said Gajser.

Veteran racer Mike Alessi also plans to take full advantage of the open rules as he attempts to qualify for the Monster Energy Cup aboard a Yamaha ESR YZ325 2-stroke. If successful, Alessi will be the first racer to do so on a 250cc or bigger 2-stroke in the history of the Monster Energy Cup.

For the first-time ever, two of the premiere amateur classes from the Supercross Futures AMA National Championship will be contested at the Monster Energy Cup as the 250 Futures and Supermini Futures classes will both race for their respective championships. These young athletes will race in the same direction for both motos, but the starts will be completely different as they will take full advantage of both the inside and outside start gates. Each class will follow a two-moto racing format where each moto will be five minutes plus one lap in length.

The top ten finishers in the 250 Futures class will automatically receive their Supercross license.