The Federal Chamber of Automotive Industries has released data revealing off-road motorcycle sales for the first nine months of 2019 fell 2.4 per cent compared with the same period last year.

The motorcycle market as a whole experienced a drop of 8% with scooters being the only segment to defy the trend, growing 14.5% during the first nine months of this year. Honda was the overall leader with a 23.1% market share of the national market, followed by Yamaha with 21% and Kawasaki with 10.6%.

In the off-road world, Yamaha now leads the segment with 28.1% market share, followed by Honda with 27.4%, and KTM with 18.8%. Yamaha’s position as market-leader represents a change in the order, with Honda falling from the top spot after leading the off-road market at the end of June.

Yamaha owned the top spot in the motocross category with the YZ250F, which topped its bigger brother, the YZ450F.

See a full breakdown of the top-10 for each off-road category below. 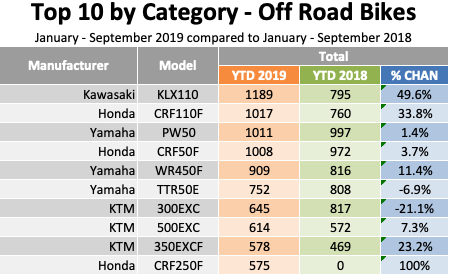 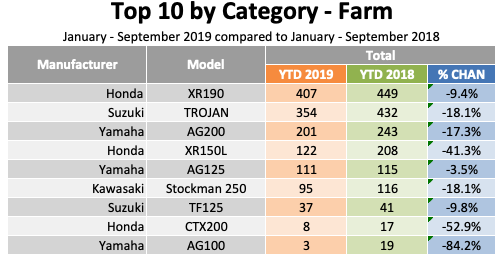 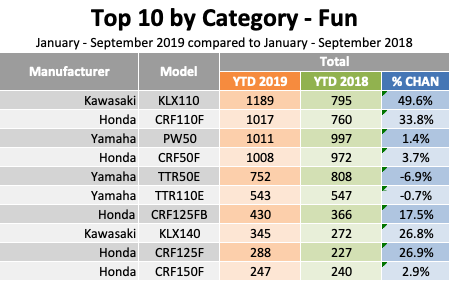 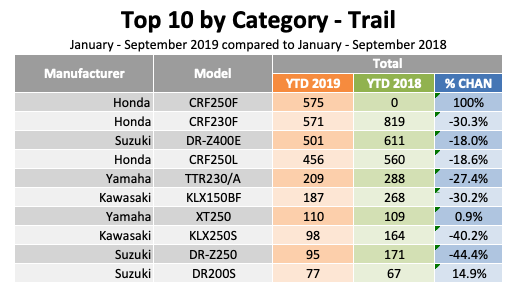 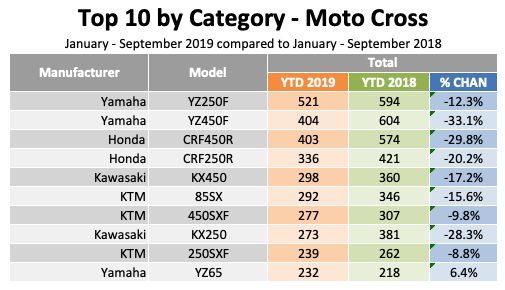 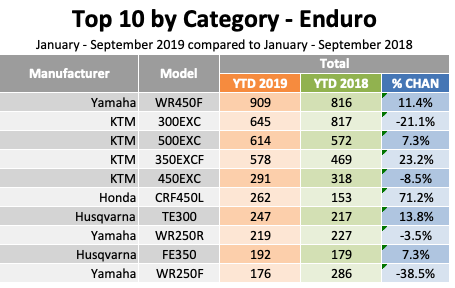 2018 sees the Active8 Yamaha Yamalube Offroad team expand its line-up to 4 riders to tackle the Australian Offroad Championship as well as specific enduro events throughout the season.

KTM has announced its motocross line-up has received further refinements for model year 2018, and includes a brand new KTM 85 SX machine for junior riders as part of the class-leading SX range.

On the 2nd of January 2017, the Yamalube Yamaha Official Rally Team will leave the start line for stage one of the 2017 Dakar Rally.