Toni Bou, who triumphed in the French trial takes his tally of consecutive title wins to 13 in TrialGP, in addition to the 13 indoor trophies. 26 titles for the greatest rider in history!

This is the trial legend’s 26th world championship win.

“This is not a miracle, it’s a legend” reads the slogan printed across the Repsol Honda Team commemorative t-shirts for the 26th Toni Bou world title. The latest trial victory, the seventh of the season, means that Toni Bou mathematically seals the TrialGP World Champion title for the thirteenth time in a row.

The Repsol Honda Team rider was a cut above the rest from the get-go in a trial full of long, steep sections and Bou was clearly feeling at ease as evidenced by the mere nine marks accrued throughout. The trial or the title never looked in question. The triumph is the 111th victory for Toni Bou in Trial World Championships as well as the thirteenth consecutive trial win since Andorra last season. The Repsol Honda Team star has made a clean streak so far in the 2019 Trial World Championship, with one event still to contest.

“Today was a day where I had to work hard to make any difference, especially during the opening sections,” said Bou. “But that is what we did and we made it to section eight on zero. I think I rode an intelligent trial. I felt very comfortable on the bike. As always, there is no better way to win a new title than with a victory and with good feelings. It was a short but intense world championship. I think that this season we have matured a lot. Last year we had so many injuries, this year we have been very comfortable on the bike, which we’ve seen reflected in the wins and the riding, so now it’s time to savour the moment and enjoy the holidays.” 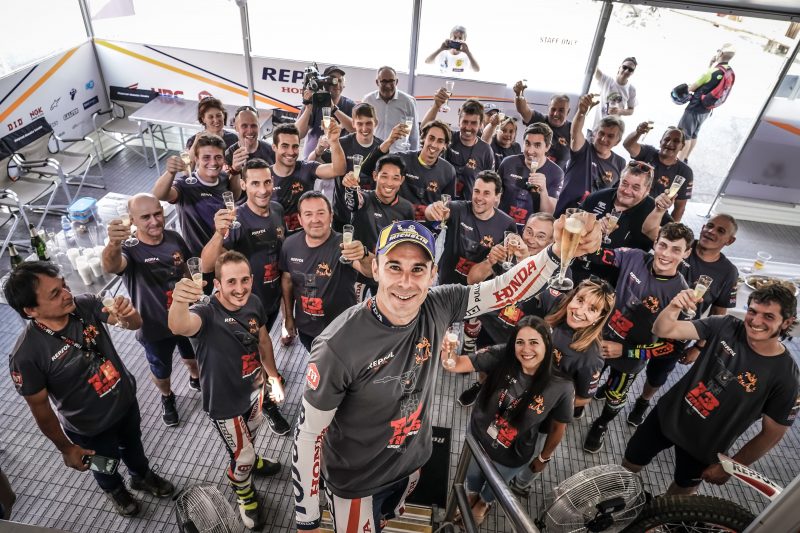 Team-mate Takahisa Fujinami finished in fifth position on the day. ‘Fujigas’ rode a notable first lap with good sensations but went into the second lap and began to collect marks and eventually had to settle for fifth position. In the championship standings, Fujinami sits fourth in the rankings with everything to play for at the final event.

“During the first lap around the sections, I felt very confident with the bike and I cleaned many of the sections and was tied with Busto in second,” said Fujinami. “By the second lap I have already started to feel that the pace was not good enough. In the end I finished fifth, which was not bad. But hey, that’s the way trials are and at the moment I’m fourth time of the championship. Now for the final event in Spain. I also wish to congratulate Toni Bou, the family and the whole team for his 26th World Championship because they have all worked really hard. I am very happy to be his team-mate.” 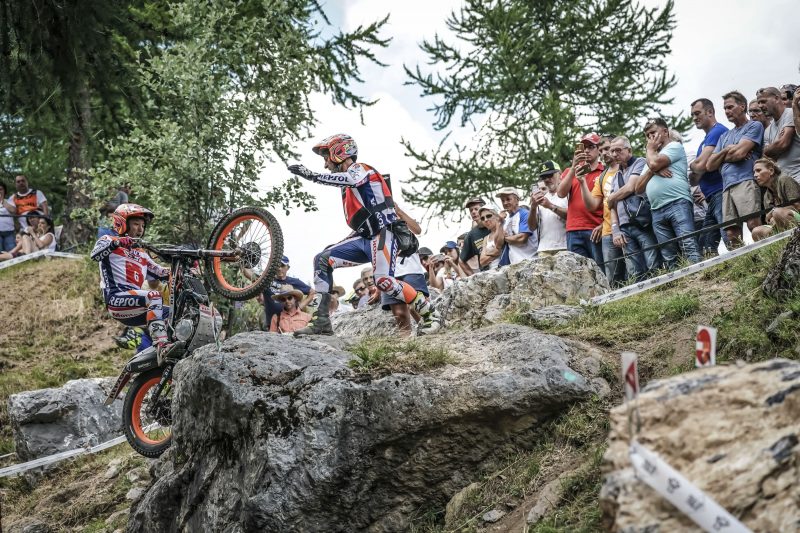 It wasn’t the unique title celebration for Repsol Honda Team today. Team gets the constructors title. 21 for Montesa in World Championship.

The next trial for the Repsol Honda Team will be the final round of the TrialGP World Championship set to take place on 21st and 22nd September in La Nucia, Spain.

Miquel Cirera, Team Manager; “Celebrating a title is always great. First of all I want to thanks and congratulate Toni as always. Congratulate all the team of doctors who helped us, the HRC team, the Honda team and everyone who helped Toni. Obviously congratulations to his closest associates, the mechanics. We have all done a great job. This season Toni started in very good shape, that’s why he has been able to win all the trials which we’ve been in until today. As we always say, ‘He’s a monster!’ And as we have put on the shirt. “This is not a miracle, it’s a legend”. We can’t ask for anything more, if we could, we would add more, year after year.

“Today Fujinami tried hard but it wasn’t to be. Trials are like that and the rivals are very strong. Congratulations to him because he always fights and gives it his best shot. Now we have the final trial at home and as always we will do everything to win.

“Last, I want to congratulate Toni and Gabriel Marcelli, from Trial2, that helps to get another constructors title.”