In our first web exclusive ‘Wild Ride of the Month’ we head to the Top End for the 44th running of the legendary Kamfari mud race.

Brad “Wonka” Williscroft, aka “The Black Piston”, made a fairytale return to this year’s Kamfari.

After seven straight victories and eight in total, Wonka put the boots aside last year when management commitments for the KTM Enduro Racing Team clashed with the race. This year, Wonka was free to return and mix it with the best riders in Australia’s muddiest enduro.

With the dry season coming early, Kamfari threw up new challenges. While mud was still a major obstacle, there was less than last year and that meant more dust on the fire trails. The picturesque pandanus palms, head-high spear grass and ghostly paperbark trees make for an unforgettable scene. The receding creek levels offered less opportunities to wash the mud from the bikes. By the end of lap one, scorers and spectators were having difficulty reading race numbers.

With 62 bikes on the line, getting your bike to fire up quickly was imperative. As the gun fired at 10am, 2014 winner Daniel McInnes got a slow start. Wonka’s selected line through the first quagmire did not pay off, with the front wheel of his KTM450EXC sinking in the mud and hurling the former champ over the ’bar.

McInnes wasted no time getting past the KTM but with both race favourites well down the pack, it was looking like Sherco-mounted Chris Warwick was going to run away with the race. Ayden Bridgford rode hard to keep pace with Warwick, but the extreme enduro rider pulled away until he misjudged a creek crossing half way through the first lap. The Sherco 300 was drowned, costing Warwick close to 10 minutes as he de-watered the bike and fired it back into life.

Williscroft’s early mishap rattled him and he had two more falls on the first lap. McInnes kept a clear head and steady pace, working his way through the field, to take the lead by the end of the first lap. Wonka took an unscheduled pit stop to wipe the mud from his grips and take on clean goggles and gloves and was now three minutes behind.

Finally on lap six, Wonka made it past McInnes in the last wet section before a 2km dusty fire trail flanked by paperbark trees. This gave him the opportunity to pull some time. Warwick had made up substantial time and slotted into a comfortable third.

Over the next few laps, Wonka maintained the lead, pulling a few minutes each lap on McInnes, and just short of 4hr and 8min, Wonka emerged from the swamp to take the win with McInnes second and Warwick third.

What makes a good swamp buggy? Start with one KTM450EXC and add the following:

Then re-route the crankcase breather, block off airbox gaps with course foam, stick foam under the front guard, lockwire the grips and cover the bike in silicon spray. Now you are ready to go!

What does it take to race in Darwin?

Scott Campbell is based in Sydney, but has always admired the Kamfari race. He has been reading about Kamfari for ten years, following the results of KTM’s Brad Williscroft. A few weeks before the race, Scott contacted Wonka and got the low down.

After also speaking with enduro rider Tanya Hearn about the event, Scott’s mind was made up and he quickly made plans to ship his bike up north. Scott is no stranger to enduro’s and his list of achievements is impressive.

Aided by his good mate Rick Barbour, Scott set about making plans and quickly realised shipping a bike to Darwin was expensive ($2500 return) so an alternative plan was hatched.

A skid was made to mount the bike in, allowing it to be shipped intact, as a “pallet” for only $640 return by TNT. A table top ute was booked in Darwin, along with some accommodation. Flights were next on the list and Scott found a few specials at the last minute.

Scott has proven that it is possible to race Kamfari for under $2000. Considering that the race is in Darwin and that he brought a mate along, the end price is pretty impressive. The only thing Scott did not calculate was excess baggage for his trophies and alcohol bill after celebrating his results. He finished fourth outright and took out the veteran’s class and Rookie award!
Kamfari Kosts 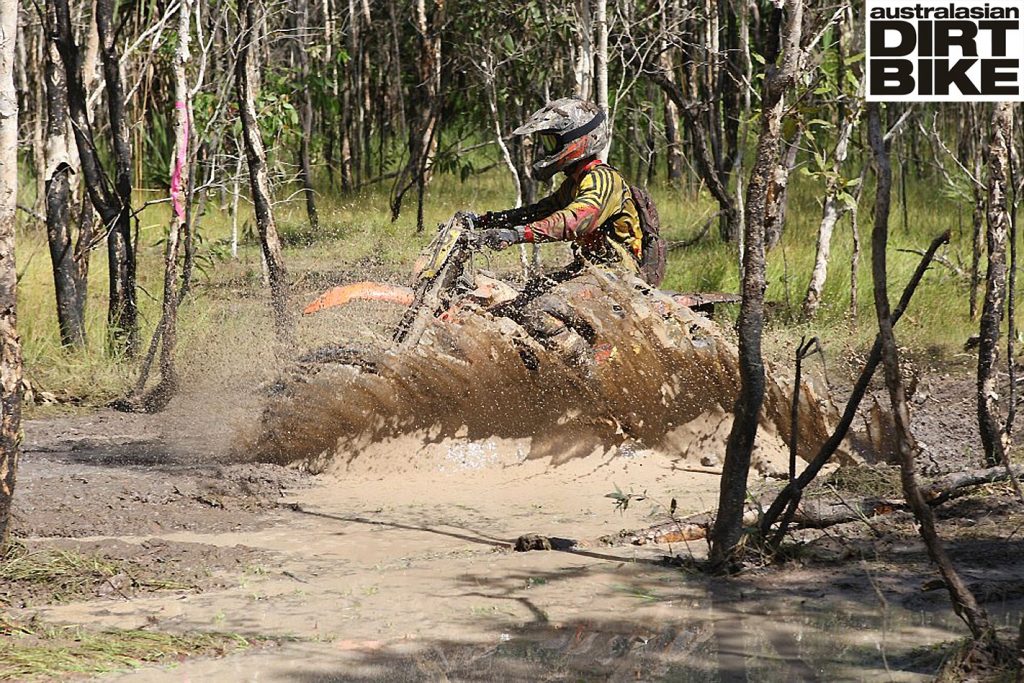 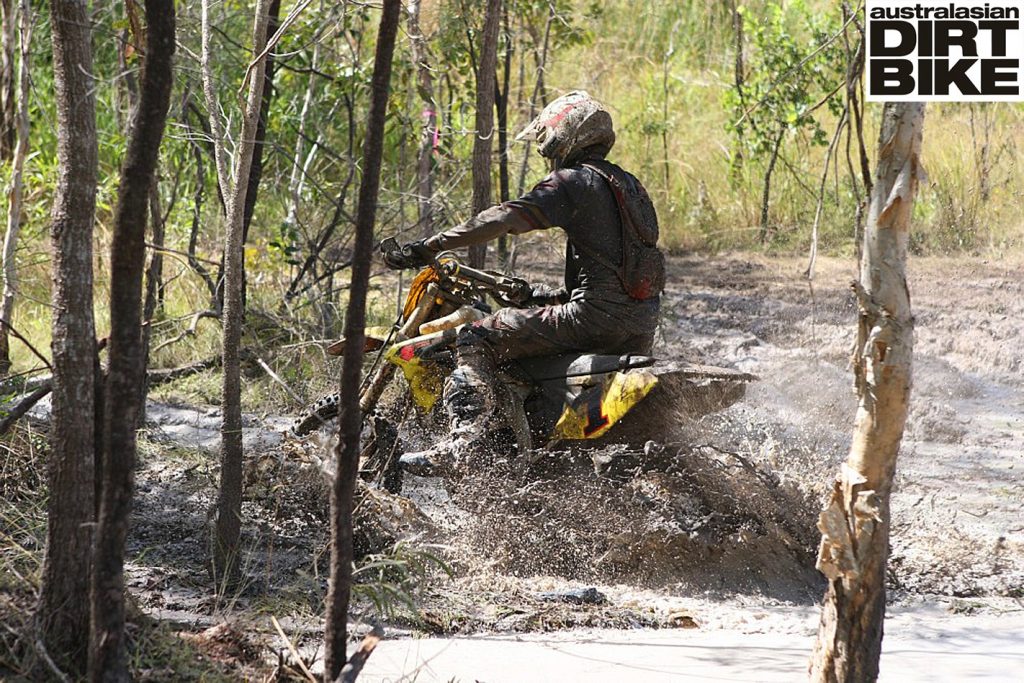 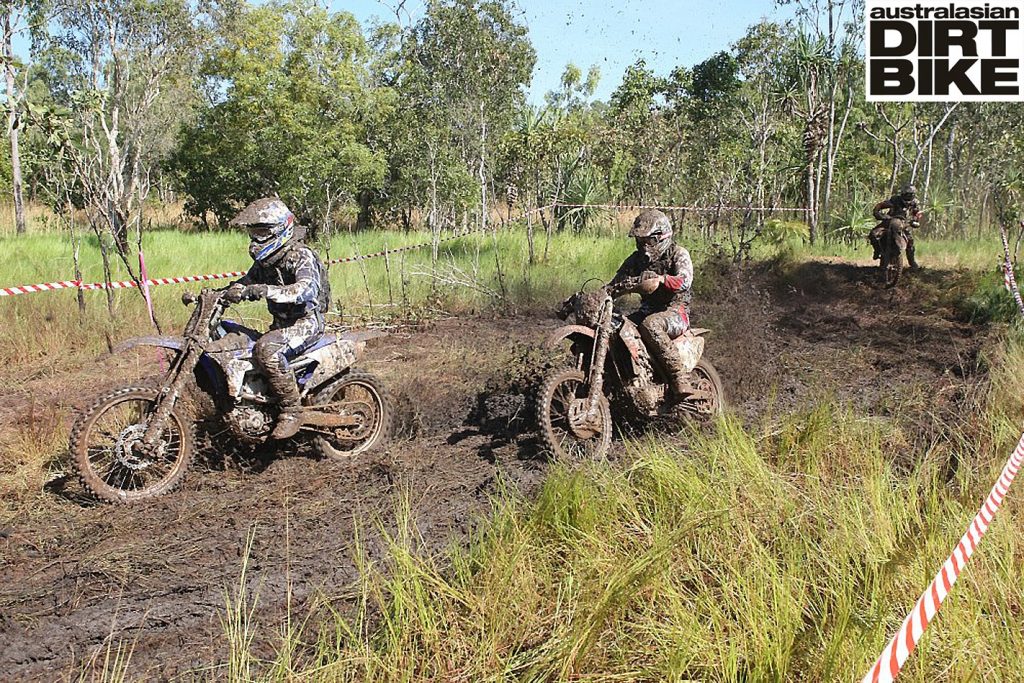 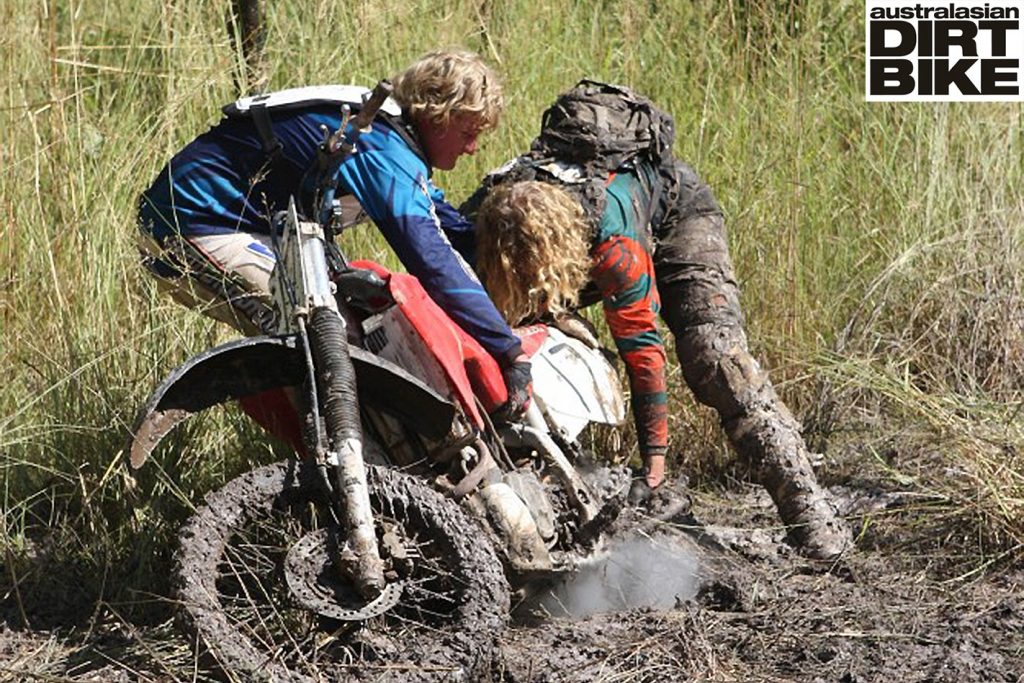 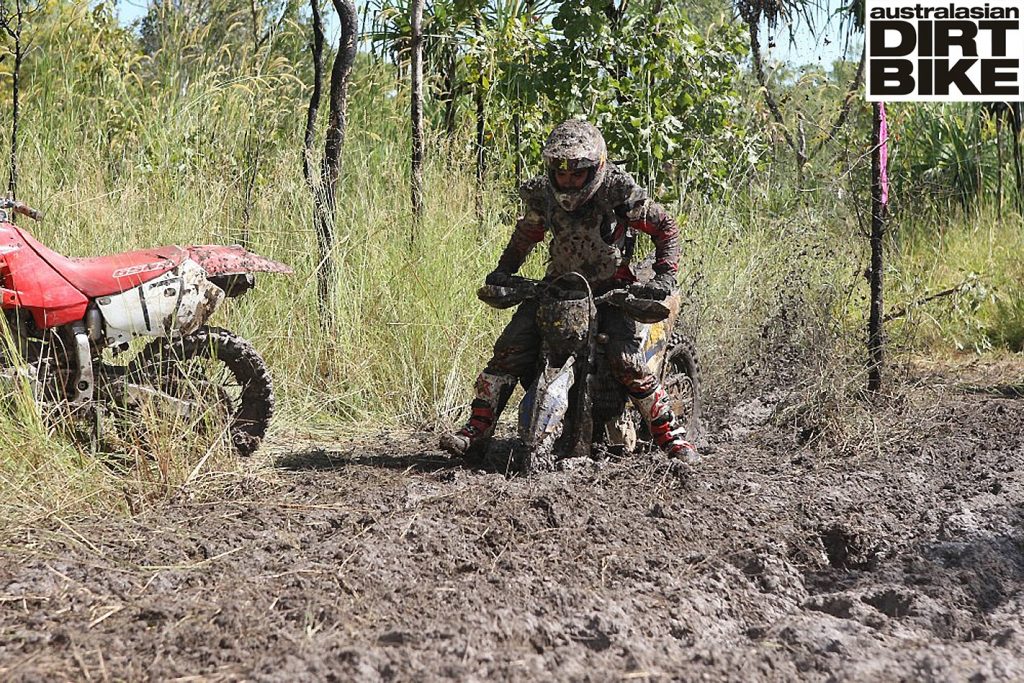 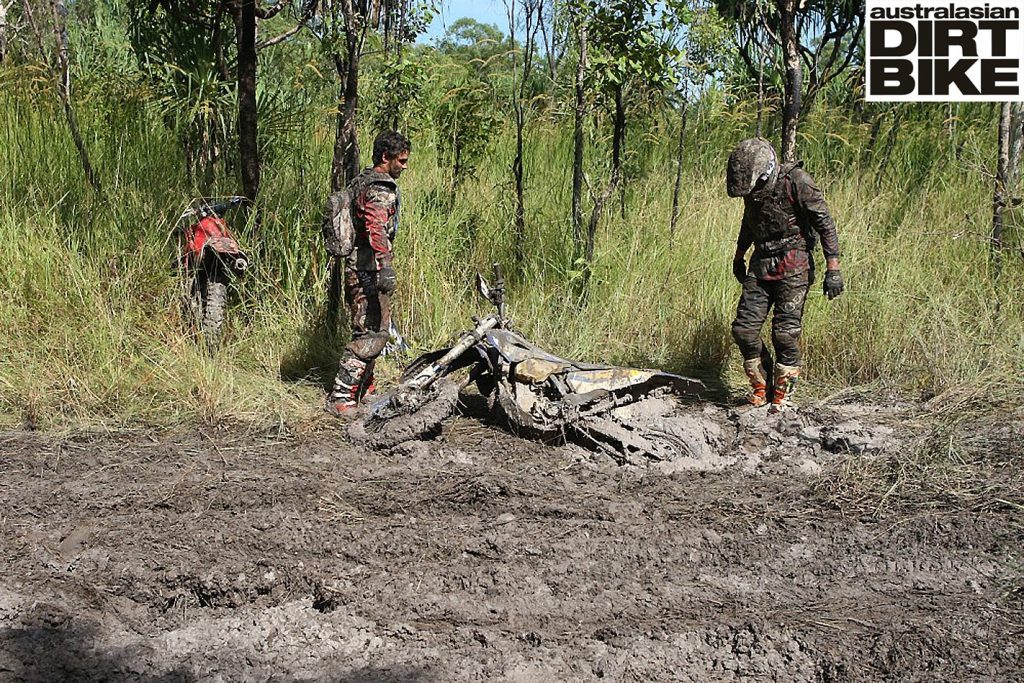 Dirtbikes are built tougher than woodpecker lips but there are still a few soft spots that can leave you stranded on the trails.

Things are always on the move in the world of Kyle Chisholm. Even more so lately. The 30-year old Floridian is well on his way to his best career season result in the 250SX West Region.

While we await the release of the first range of GasGas motorcycles under KTM rule, we take a look back at the Yamaha-powered EC 250 FSR from 2010!