Murray Bridge played host to the first of this year's MX Nationals double-header rounds on the weekend, with fantastic racing showcased across both days and all classes.

Dean Ferris returning to racing for one weekend only aboard a Raceline KTM showed why he’s a three-time MX Nationals MX1 champion by dominating Round 4 on Saturday. Ferris won both motos in convincing fashion to secure the overall ahead of Superpole winner Luke Clout (CDR Yamaha) and KTM’s Hayden Mellross.

Sunday would see the Thor MX1 class challenged with the three moto format, consisting of practice/qualifying in the morning followed by two back to back gruelling moto’s then a traditional moto in the afternoon.

Dean Ferris took out Superpole but struggled throughout the day, crashing in both short back-to-back motos and finishing fourth in the longer 30-minute moto. CDR Yamaha’s Luke Clout won the first two short motos and finished second in the third and final moto behind Husqvarna’s Todd Waters, Mellross in third. The overall went to Waters ahead of Clout in second and Mellross third. 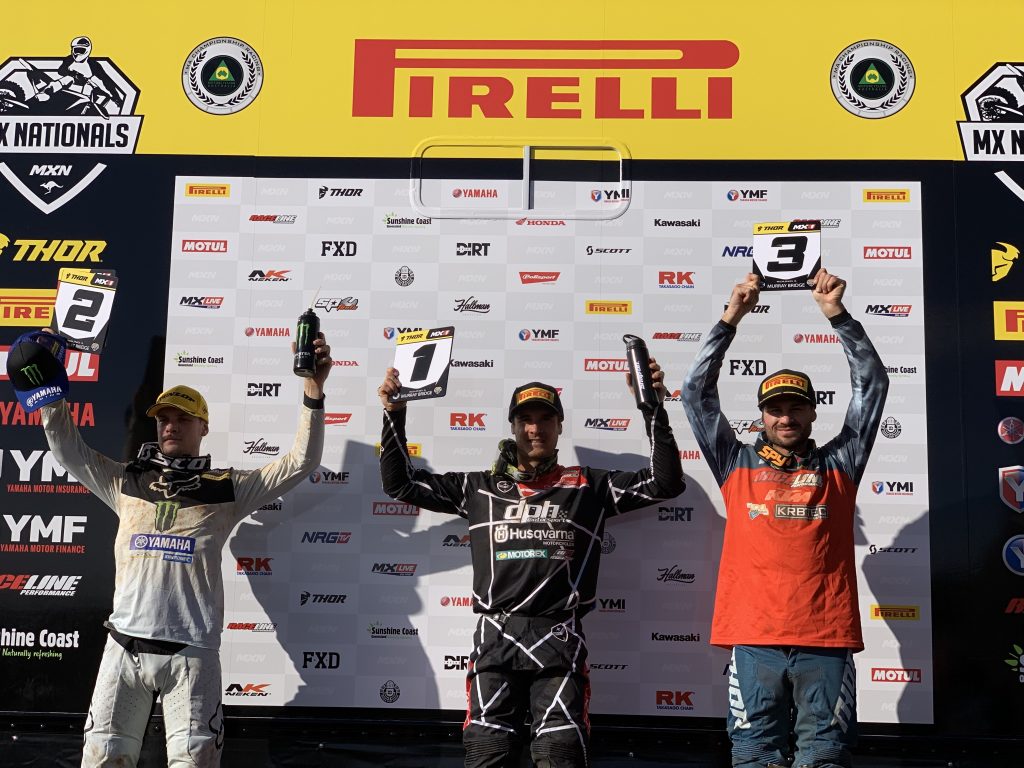 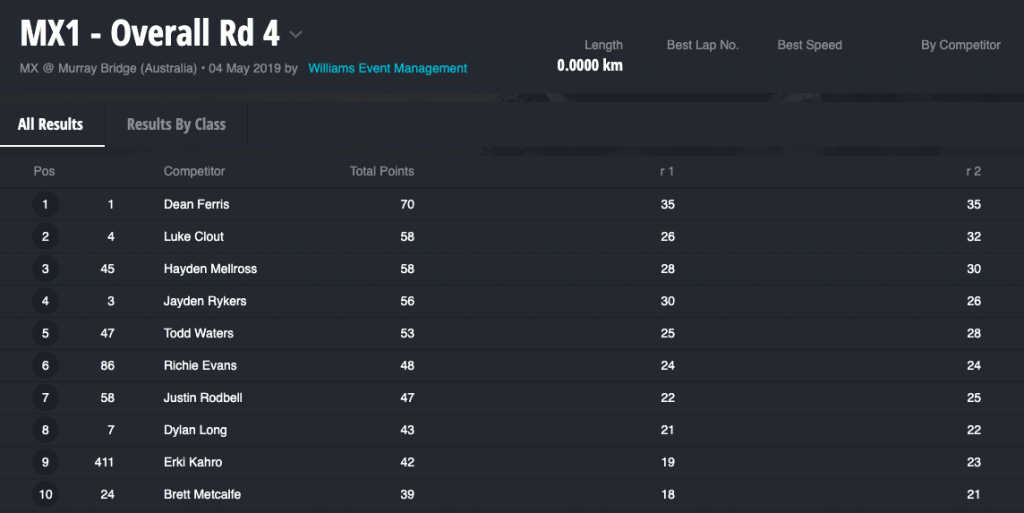