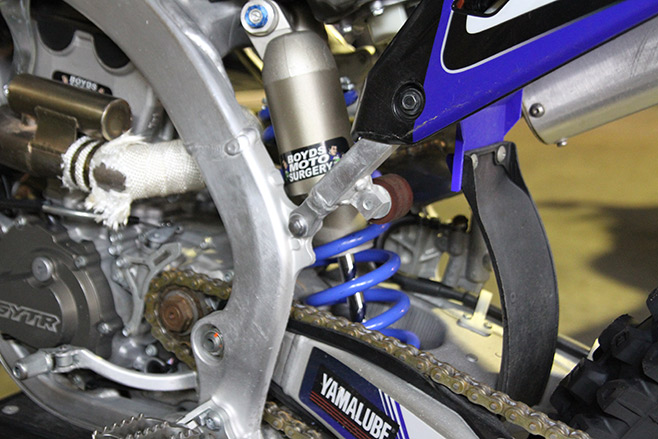 I have fitted an aftermarket exhaust system on my reverse-head YZ-F which does not have a heat shield on the header pipe. Now every time I go for a ride I melt my boot on the header. What can I do?

I have had this exact same drama on my long-term test bike for the last 12 months. While the DRD exhaust system I have does wonders for performance, I am always left with melted boots. The trick I came up with is to wrap the header pipe in fibreglass exhaust wrapping. Once the header pipe is wrapped it will still get hot but not enough to melt your boot. 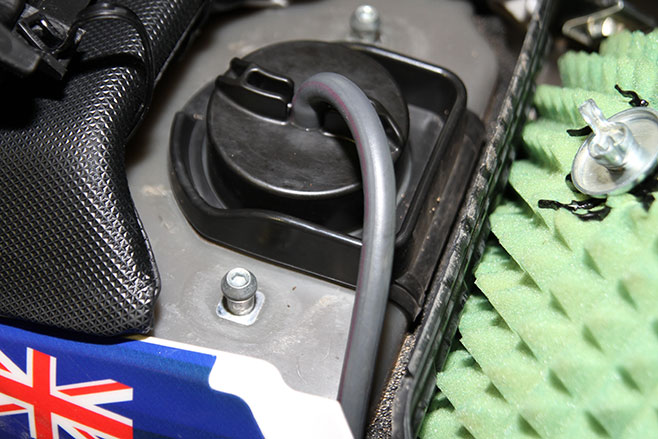 The fuel breather hose on my YZ-F runs from underneath the front of the seat, over the airbox and down into the steering stem. This is where it runs standard but when the rest of the bike looks so neat, I don’t like the look of it. Can I run it somewhere else? 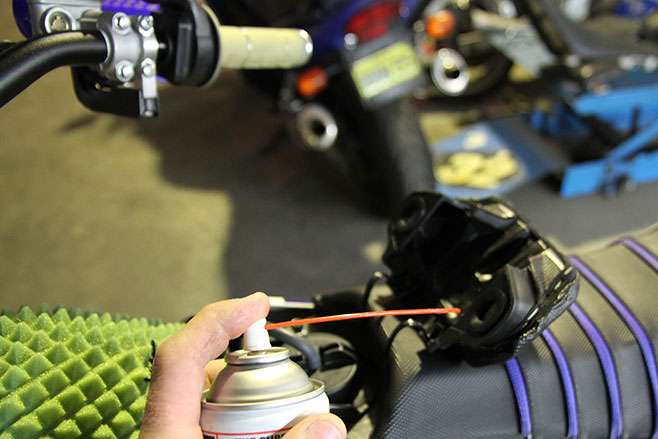 The rubber grommets on my YZ-F that the seat clips into and also the ones on top of the radiator shrouds that the airbox cover clips into get really sticky and are difficult to pop on and off. Sometimes I have to pull on them so hard that I think they are going to break. What can I do?

These grommets get covered in mud and dirt and this makes them a little difficult to pop on and off. Before refitting the seat and airbox cover, give the grommets a spray with silicon. This will lubricate the rubber and allow them to pop on and off much easier. 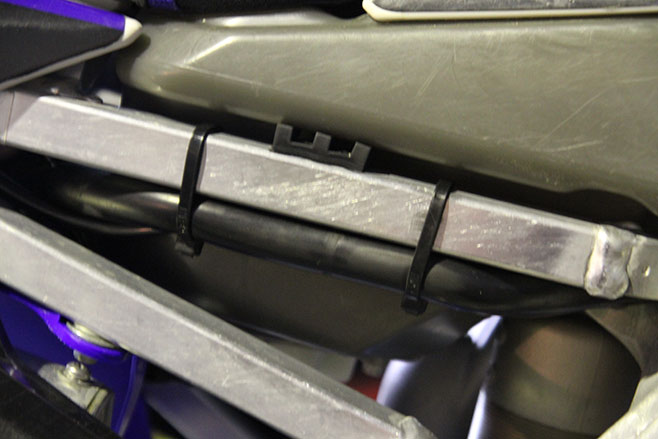 The fuel line that runs down the right hand side subframe rail on my YZ-F is cable tied to a plastic clip that is pressed into the frame. After I removed my tank several times this clip became loose and I’m worried I will catch my leg on the fuel line and tear it off while I am riding. Can I run the fuel hose somewhere else?

Unfortunately there isn’t much room to run the fuel line anywhere else and the hose’s outer covering is stiff so it cannot be re-bent. Instead what you can do is get rid of the plastic clip and cable tie the fuel hose directly to the subframe with a couple of cable ties. This will hold the line tight and allow you to remove it easily if need be. 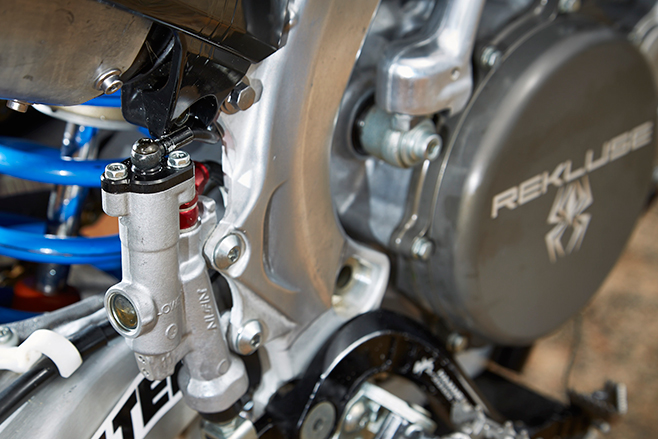 The new Yamaha YZ-F is a totally different chassis design with little weight in the rear. All of the weight is centered in the middle. For this reason there is no weight over the rear wheel to make the rear suspension squat and get drive when exiting corners. Standard sag measurements do not work on these bikes. Instead, riders find that the optimum sag is between 105mm and even all the way up to 115mm for light riders. The higher you make the rear sit, the harder it will be to find traction and make the rear stable.

We give you an update on our pair of Matrix Pro Kneebraces after putting them through hell for the last 10 months.

The Leatt GPX 5.5 helmet is ECE and DOT certified and features 360 Turbine Technology. What that means is that this lid is lined with small discs made from a polymer that can absorb energy.

It was my time to test “Suzy’s” latest bit of bling, the Screens for Bikes windscreen which I had added to my Safari Tanks’ fairing.