GEICO Honda rider Hunter Lawrence finished inside the top-10 at Round 7 of the Lucas Oil Pro Motocross Championship at RedBud but admits it's not where he wants to be.

Lawrence went 8-4 after coming through traffic, suffering from bad starts in both motos.

“Wasn’t a bad ride as far as riding goes, but obviously the result is not what we want,” said Lawrence. “It’s just not ideal to come from tenth or 12th in the first moto, and second moto was even worse, after the crash. We weren’t in the first row of guys going into the first turn, and all the bad stuff happens from the second row onward, it’s just a circus back there. You come in, they tell you, “You were one of the fastest guys on the track.“ Story of my life, you’re using twice as much energy, you’re holding on harder, you’re having to take all these risks getting out of the main line trying to pass guys. It’s frustrating but we’re trying, the team is working really hard to improve the bike and stuff. We’re going to get up there.” 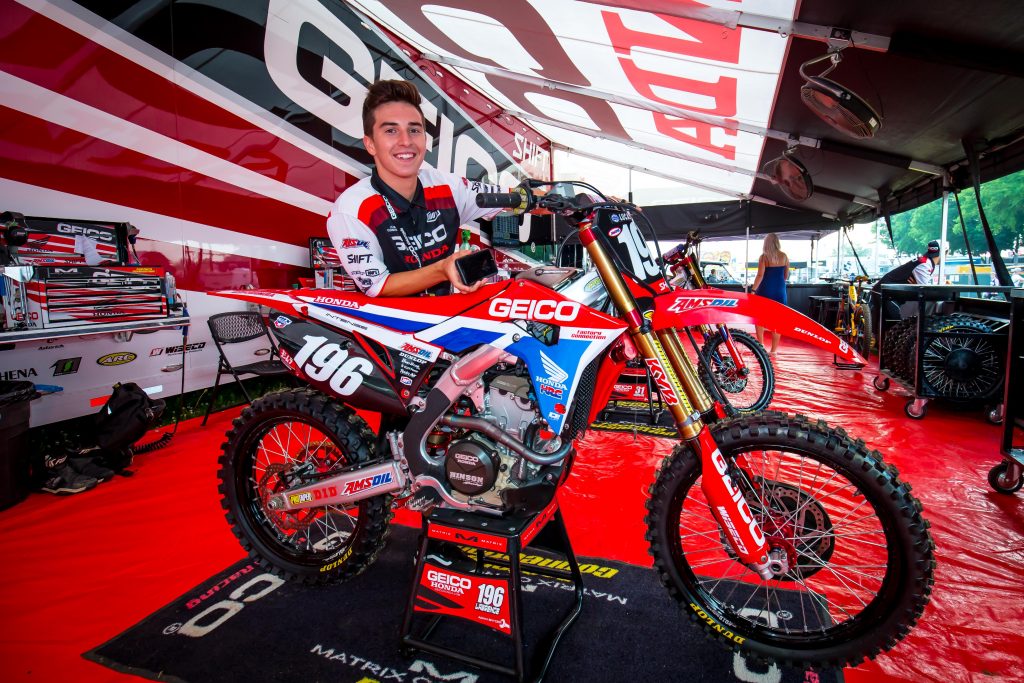