I was doing some testing on the KTM before Rockstar Energy Racing signed me, so I was familiar with this bike. It was actually set up for Davi Millsaps when I got it, and they had to mellow out the power for my riding style. I have a tendency to be real aggressive on the throttle, instead of being smooth with it, so they had to mellow it out, which tells you how much power the bike has.

The most interesting item on the bike at A1 [Anaheim] was the WP air shock, which is basically the same one that Ryan Dungey ran last year, although it’s second-generation. For 2014, Rockstar Energy Racing switched to WP suspension front and rear, and WP does all the service and repair. The forks are 52mm, which are not available to the public although you can buy 49mm forks from KTM Hard Parts. Tedesco’s engine has been dialed down a bit from Millsaps’ settings. Tedesco rides much more aggressively and that style wasn’t working with an aggressive engine set-up. The fork is very progressive, getting increasingly stiff through the bottom of the stroke for Supercross. The shock is what I would call middle of the road.

• All of the parts that Rockstar Energy Racing uses on Tedesco’s bike are from KTM, except for one or two aftermarket goodies.
• The team also uses Factory Services for all the motor work and service, with the addition of a Hinson clutch.
• The air shock is not as soft at the start of the stroke as a conventional shock, but it gets a little bit stiffer than a conventional one as it goes through the stroke.
• Tedesco prefers the standard 22mm offset, but uses Neken clamps.
• The Brembo brakes on the bike are anodized. 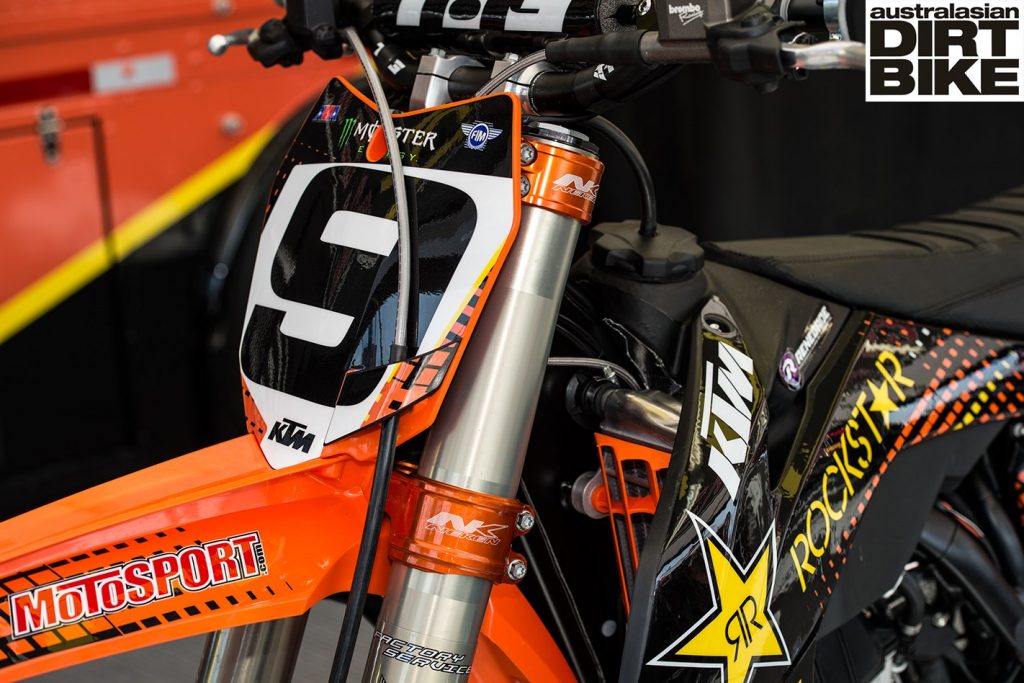 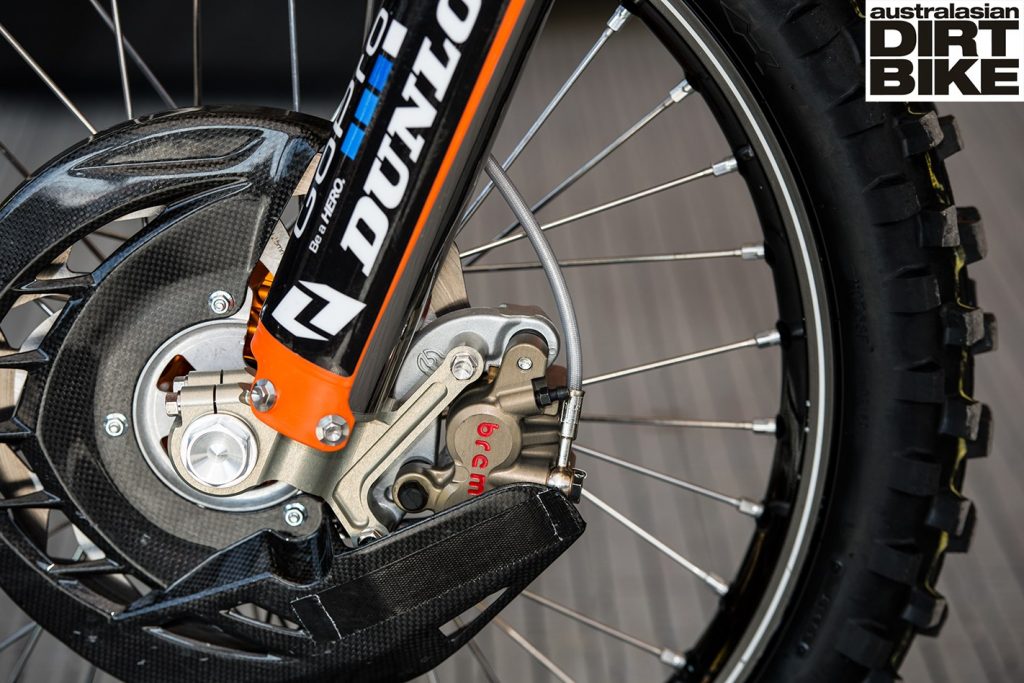 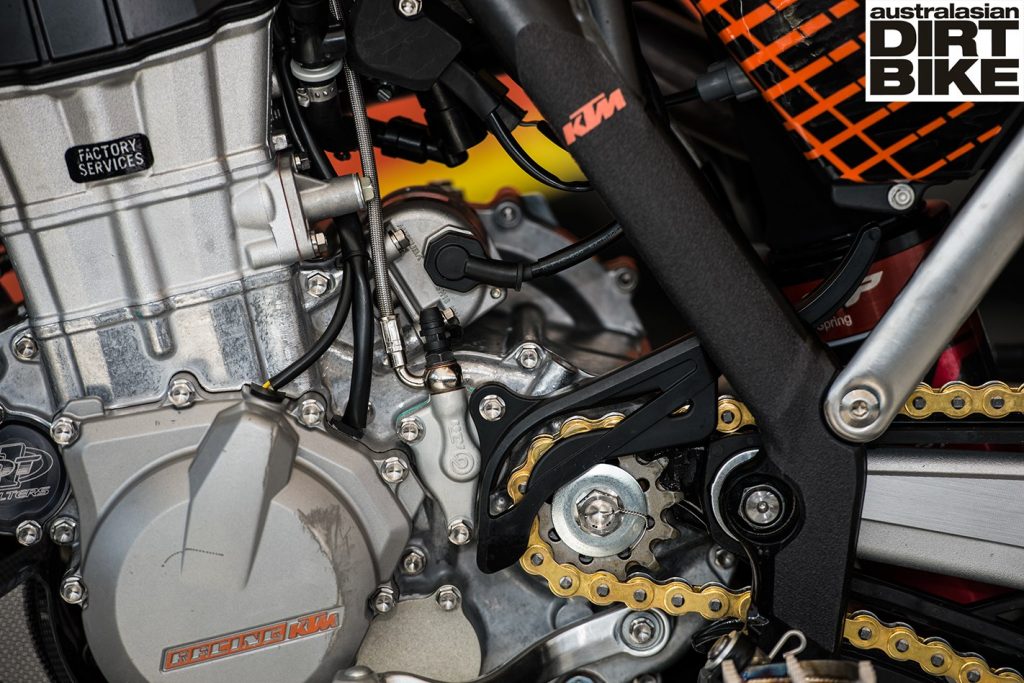