Husqvarna Factory Racing’s Jed Beaton has secured his best result of the 2020 season to date with a third-place overall MX2 class finish at round eight of the FIM Motocross World Championship.

Putting a number of frustrating GPs behind him, the Jed Beaton scored a fourth-place finish in the opening moto at the MXGP of Emilia Romagna before backing it up with an impressive third in moto two.

It was a positive start to the MXGP of Emilia Romagna for the Tasmanian rider, who was finally able to avoid the opening-moto demons that have repeatedly plagued him during 2020 to secure a fighting fourth-place finish in race one. Successfully staying away from the opening lap chaos, a charge through the field after a top-10 start saw him reach fourth place on lap 11. Closing in on teammate Thomas Kjer Olsen as the race wound down, Jed was unable to find a way through and finished fourth.

Beaton then bettered his race one result with a strong third-place finish in race two, confirming his place on the overall podium. After getting pinched off in the opening corner, a determined push from 12th to fourth during the first half of the opening lap put him in a good position for a solid race finish. Moving into third early in the moto, Jed rode a smart race to clinch his maiden overall podium result of 2020 on his FC 250, his first top-three since 2018. 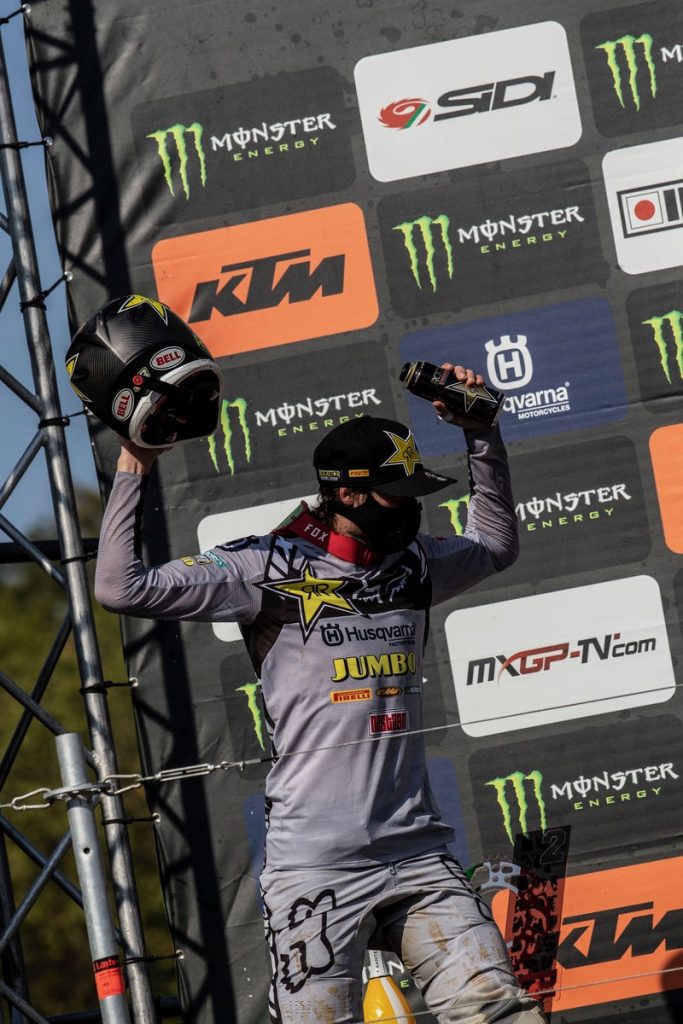 “It feels great. It’s been a long time coming and it’s great to finally get the monkey off my back and have a great first moto,” said Beaton. “My starts weren’t the best today but I made it work, especially in the second moto. I’m really happy to finally get onto the podium this season for myself and the team. It’s extra special because it’s my first podium result for Husqvarna. I’ve had a few second-place finishes, but the first moto has let me down so it’s great to turn it around and get on the podium with two good results. My riding was good today. My bike was great so thanks to the team and we’ll build on this ahead of Mantova.”