With Masterpool in control and opening a comfortable lead out front, the battle for second heated up early as Jeremy Martin closed in and made the pass stick on Sanayei. Shortly after Sanayei also found himself under pressure from Lawrence who quickly overtook him for third. Jeremy Martin put his head down and slowly chipped away at Masterpool’s lead, and with 10-minutes remaining in the moto, he started searching for a way around the young Yamaha rider. Jeremy Martin eventually made his way around Masterpool to take over the lead. 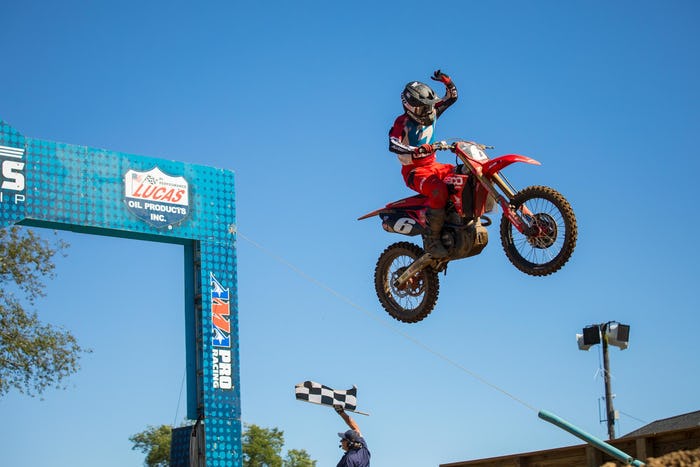 Jeremy Martin continued to push the pace at the head of the field, while Rockstar Energy Husqvarna Factory Racing’s RJ Hampshire used an aggressive pass to steal second from Masterpool. Jeremy Martin would remain unchallenged as he took his 31st career moto victory with 5.2 seconds to spare on Hampshire in second. Masterpool held on to third, giving him his first-ever moto podium. Ferrandis’ hard charge credited him with seventh.

As the field emerged from the first turn to start Moto 2 it was Yamaha Racing’s Shane McElrath who emerged to grab the holeshot ahead of Sanayei and Jeremy Martin. The second position was quickly overtaken by Jeremy Martin, while his brother Alex Martin followed him to get by Sanayei for third on his JGR/Yoshimura/Suzuki Factory Racing machine. Behind them Ferrandis found himself off to another bad start and outside of the top-20.

The top three riders paced one another out front and lap-after-lap extended their advantage over the rest of the 40-rider field. Despite setting a blistering pace, McEralth was unable to shake a determined Jeremy Martin who was relentless and made the pass for the lead at the halfway point of the race. Ferrandis continued his hard charge from the back of the field to battle his way into fourth. 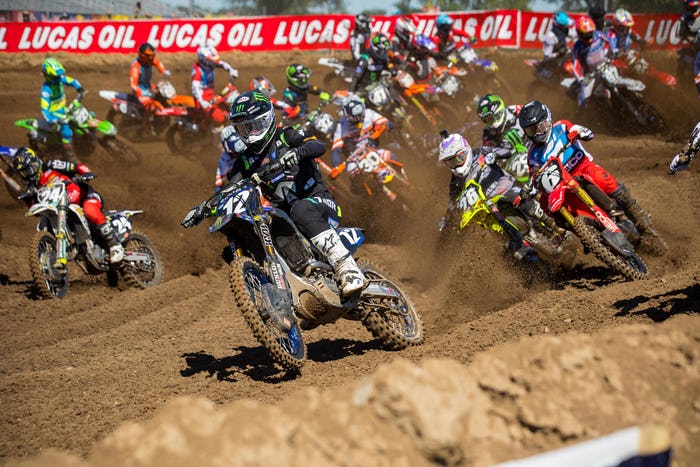 Jeremy Martin went unchallenged en route to his fourth moto win of the season, taking the checkered flag by 4.8 seconds over McElrath who finished a season-best second. Ferrandis used a last lap charge to make the pass on Alex Martin for third.

Jeremy Martin’s first 1-1 of the season gave him his third consecutive overall victory and the 17th of his career. Hampshire’s consistency helped him secure the runner-up spot (2-5), while McElrath earned his first overall podium of the season in third (8-2). Ferrandis just narrowly missed the podium to finish fourth (7-3).

“Today’s a great day going 1-1,” said Jeremy Martin. “It feels really good to grab another win. We’ve got a little bit of work to do in order to get better, but the grind doesn’t stop and we will get there. The GEICO Honda team had my bike working really well all day and I’m stoked to put myself back up on top of the podium for everyone in my corner who makes this possible.”

Jeremy Martin’s impressive day moved him into the championship point lead and he now holds a 12-point advantage over Ferrandis. Alex Martin maintains third, 48-points out of the championship lead.

“I had a small crash in the first moto and hit my head and shoulder,” said Ferrandis. “I was in pain between the first and second moto and wasn’t sure if I was even going to be able to ride while doing the sighting lap. I’m a little behind in points now, but it’s not the end of the world and I will regroup for our next race on Monday.”