2019 was a year of domination for KTM’s Jorge Prado where the young Spaniard demonstrated his talent, dedication and consistency to take his second consecutive FIM MX2 Motocross World Championship title. With 31 moto wins and 16 overalls including 14 1-1 finishes this season, the 18-year-old has been nothing short of exceptional aboard his Red Bull KTM Factory Racing KTM 250 SX-F, which earned its 11th title win from the last 12 campaigns. 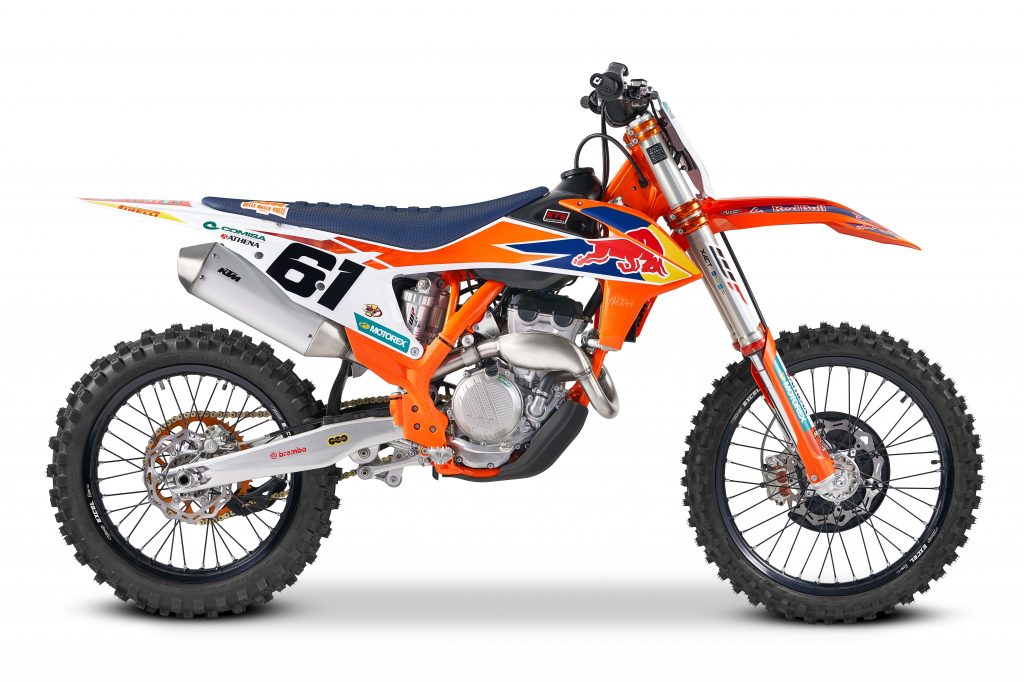 The KTM 450 SX-F CAIROLI features the same factory-style components as the 250 SX-F PRADO but with Red Bull KTM Factory Racing graphics with Cairoli’s #222.

“My bike is something really special to me and over the years we have made so many big steps in development of the KTM 450 SX-F as we hunted success at the races. A lot of work went into the latest generation of the 450 and I love racing as much as I always have. To have this tribute from KTM is very humbling. To see riders out there with the number 222 on a bike that looks so much like my Red Bull KTM Factory Racing machine is really cool. It’s an exceptional bike that has been developed by the best engineers in the world, and this is a really special model. I look forward to seeing them out there,” said Cairoli. 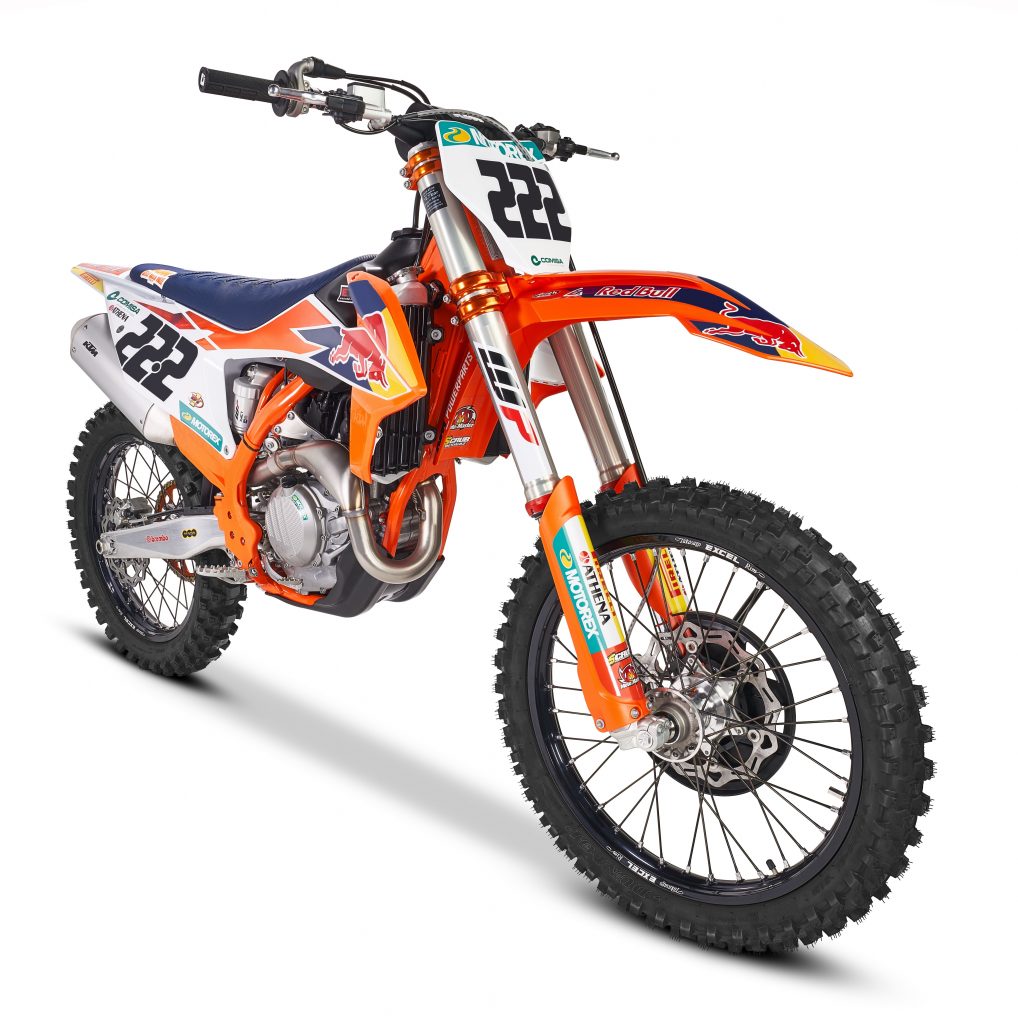