The Tasmanian will contest the full AORC season, kicking off in Toowoomba, Queensland, 9-10 March for Rounds 1 and 2 where he will race the E1 class.

Although Phillips is slated to ride E1 at the opening two rounds, there’s the option to move classes as the season progresses. “My plan is to compete in all 11 rounds of the AORC 2019 season, beginning in Rounds 1 and 2 in the E1 class. As the season moves on I’ll change things up a bit by moving across the senior classes with different bikes,” explains Phillips. “The main thinking is that I want to maintain the love for the sport and by changing things up each round will definitely help that!”

Phillips retired from the FIM EnduroGP World Championship last season with four world titles to his name. “Last year I suffered a head injury which put me off the bike for about six months. I was in a negative headspace after that and decided to head home,” said Phillips. “As I started to recover I decided to help out a young and upcoming rider, Kyron Bacon, which got me back into the love of riding! So, it’s thanks to Kyron that I’m back on the bike and have found that drive I lost last year.”

“Kyron rode at my property already, and he explained his situation back in 2018. I then offered my support to help him grow and climb up the ranks. Since we became a team, Kyron has been putting in an enormous number of hours, working his bike hard to get fastest and faster. I definitely see him as a title contender in the EJ class for 2019 and beyond!

“My main focus with Kyron is ensuring he maintains his love for the sport, so we just need to keep ourselves grounded and put forth our best effort every round.

“I would love for Kyron to continue to grow and hopefully score a factory spot next season, but otherwise I’ll continue to work with Kyron to strengthen our team and make us the best we can be,” Phillips ended.” 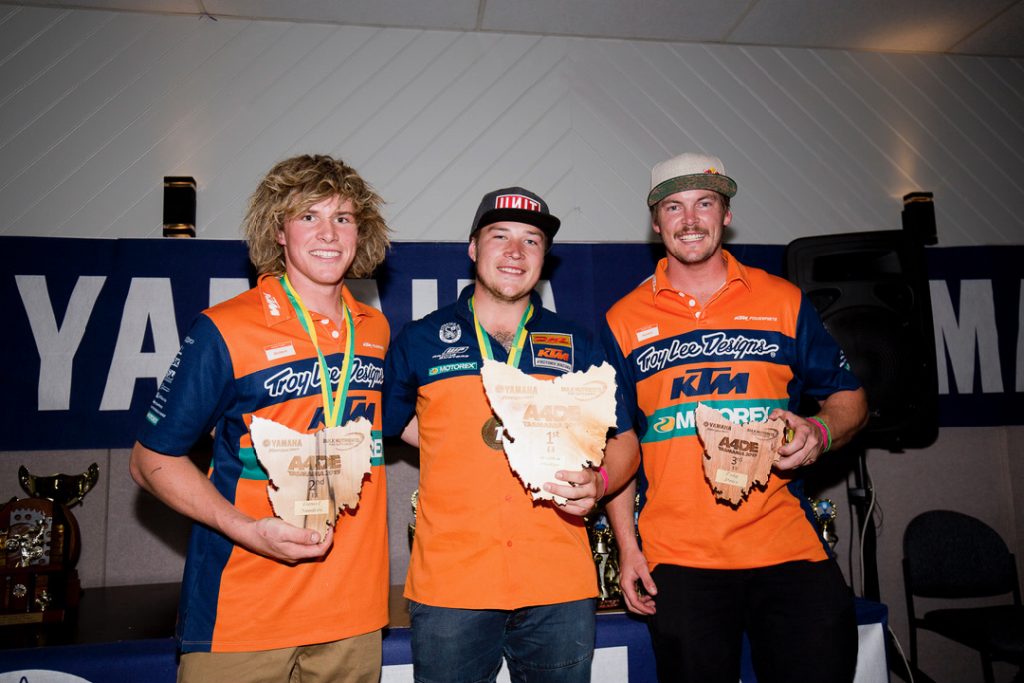 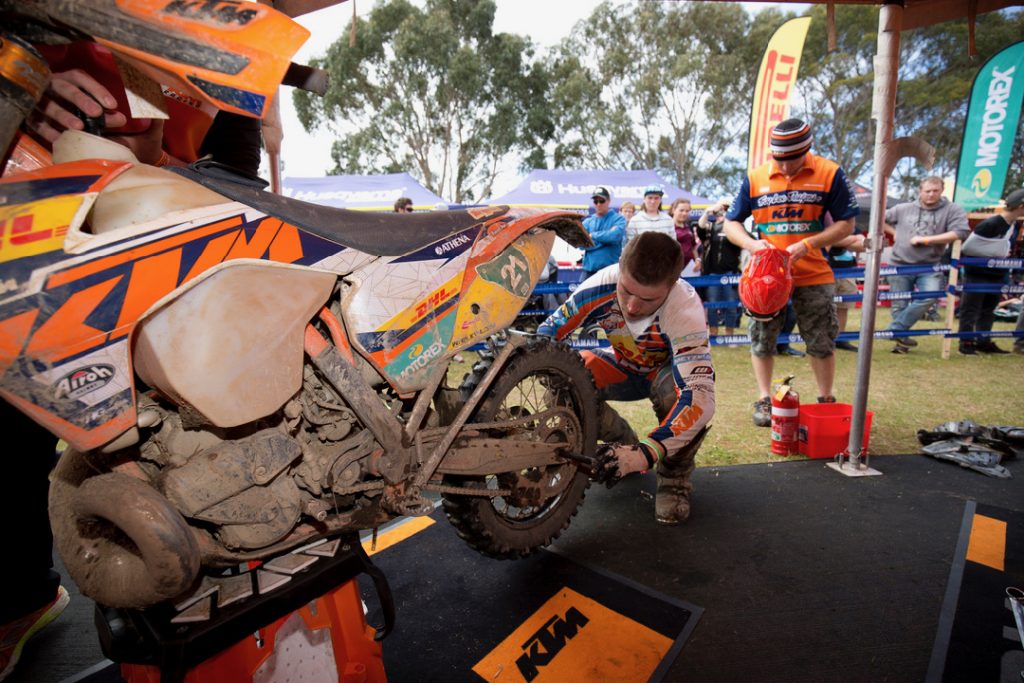 Service period during the 2015 A4DE Tasmania.