Graham Jarvis has won round five of the FIM Hard Enduro World Championship at Red Bull Romaniacs 2022. This makes a historic seventh win for Jarvis at the infamous ‘world’s toughest Hard Enduro Rallye

The 2022 Red Bull Romaniacs “Offroad race days” lead competitors onto some of the world`s most beautiful enduro trails in the wilderness areas and regions around Sibiu, Romania, in the Southern Carpathian Mountains.

This 600 kilometer race is an unforgettable, lifelong memory for all participants – competitors, service crew, supporters and spectators.

Alfredo Gomez wins the return of the legendary Prolog.

The days competitors tackled the man-made obstacles in the scorching heat. Fans flocked to the prolog to see the city reawaken after a two year absence from the smoking tires and two strokes.

The prolog consisted of intimidating double ramps, tires and complex matrix and rocks designs made from 200 tonnes of rock and 80 industrial tires – each weighing about 500kg. Concrete barriers kept competitors back around the flowing and unique figure eight circuit. The eleven obstacles hit the mark perfectly and Gold class were able to showcase their freestyle motocross skills offering trick jumps over the ramps and fast technical enduro skills through the tires and logs. 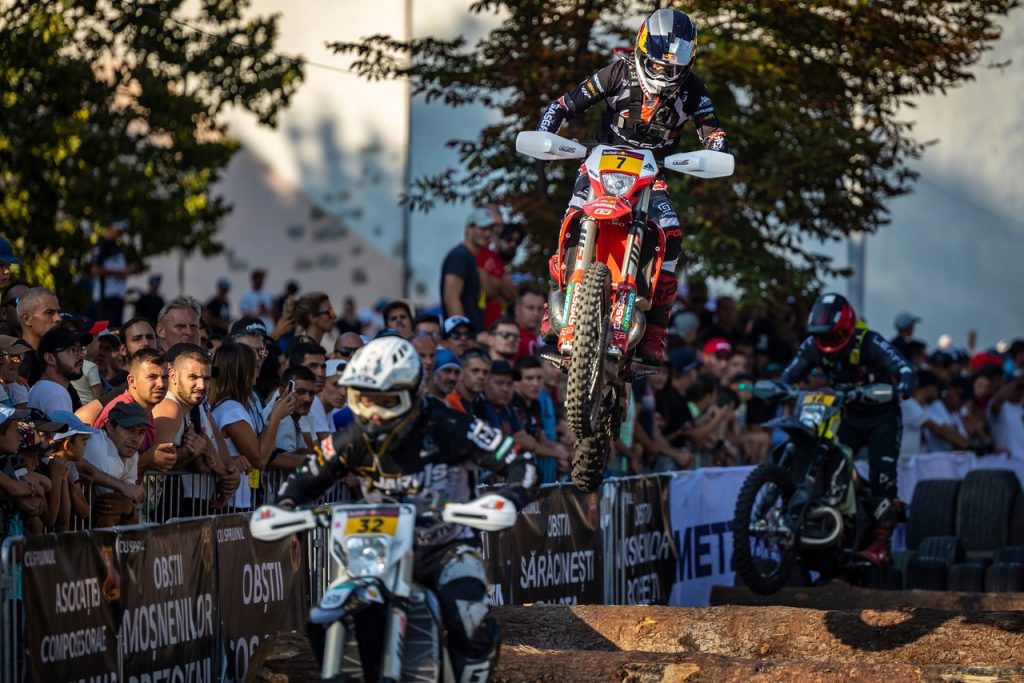 From the start, Manuel Lettenbichler (DEU, KTM) took a commanding lead but Alfredo Gomez (ESP) was quick to catch and push past Lettenbichler. Taddy Blazusiak (POL, GAS GAS) also managed to gain the lead position, but once again Gomez regained it. Mario Roman (ESP, Sherco) chased the leaders closely over the fast, fluid track where the smallest mistake could cost a podium place. After nine laps, Gomez was able to secure the top podium position, followed by Taddy Blazusiak in second and Manuel Lettenbichler in third.

Alfredo Gomez said he was happy to see the return of the prolog. “It was a good fight with Taddy and Mani. I hope the following days will go better than last year and I will not have problems with dehydration. I’m happy to win the prolog and see all the spectators again”.

Taddy Blazusiak said he suffered fatigue towards the end of the race. “It was a good race. I got a good start, I went as smoothly as possible. Half way through I gapped Alfred but then I got excited and made a mistake. It’s been 4 months since I raced and the intensity was brutal. Towards the end my arms were losing strength. It was fun and 2nd place I can’t complain. It’s one for the old guys! I plan to fight to the last minute on the Offroad days. I’ll adjust my riding a bit with my hand injury, plan to stay fast, maintain the pace and hope to last the week”. 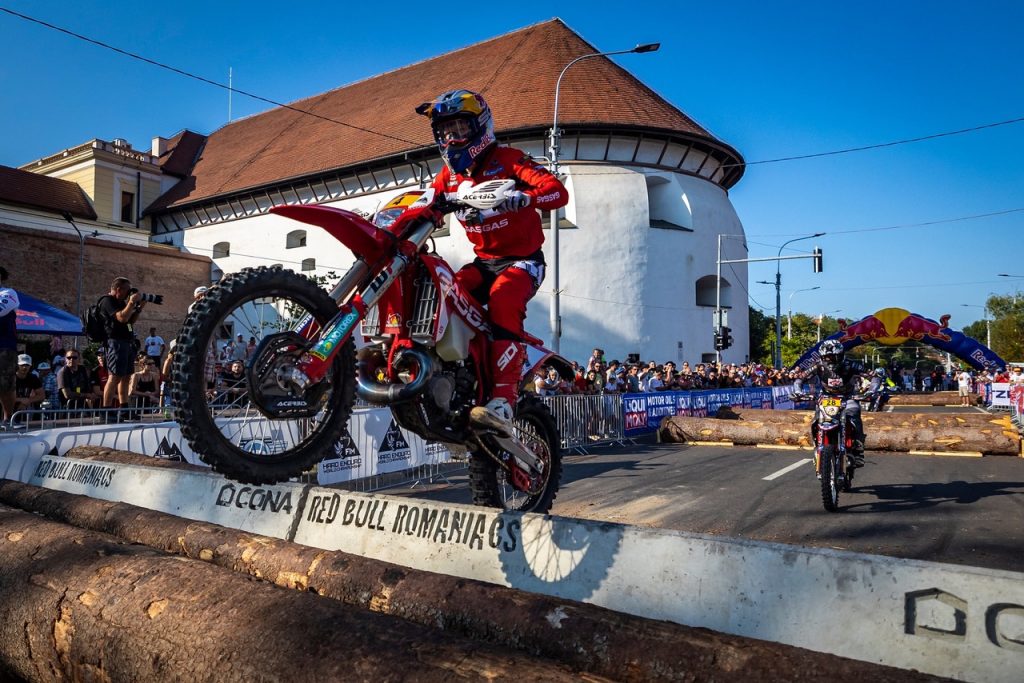 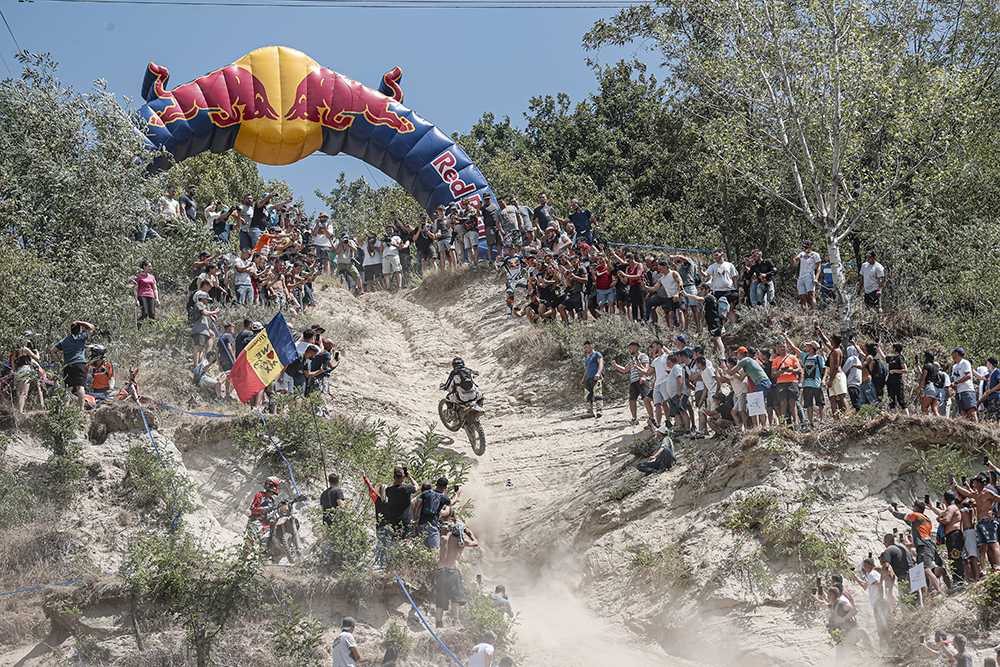 Graham Jarvis has won round five of the FIM Hard Enduro World Championship at Red Bull Romaniacs 2022. This makes a historic seventh win for Jarvis at the infamous ‘world’s toughest Hard Enduro Rallye’.

Jarvis had built a comfortable lead over his nearest rival, Teodor Kabakchiev which gave him confidence leading into the final Offroad Day. The 47-year-old, who later admitting to feeling fatigued, found a comfortable pace to stick to and began ticking off each checkpoint.

He made such headway he had time to spare arriving at the finishing arena in Gusterita and smoothly ascended the infamous final climb to become the overall winner. It was this time last year he was forced to retire due to a knee injury but he’s now back in the game and well within the fight for this year’s championship. 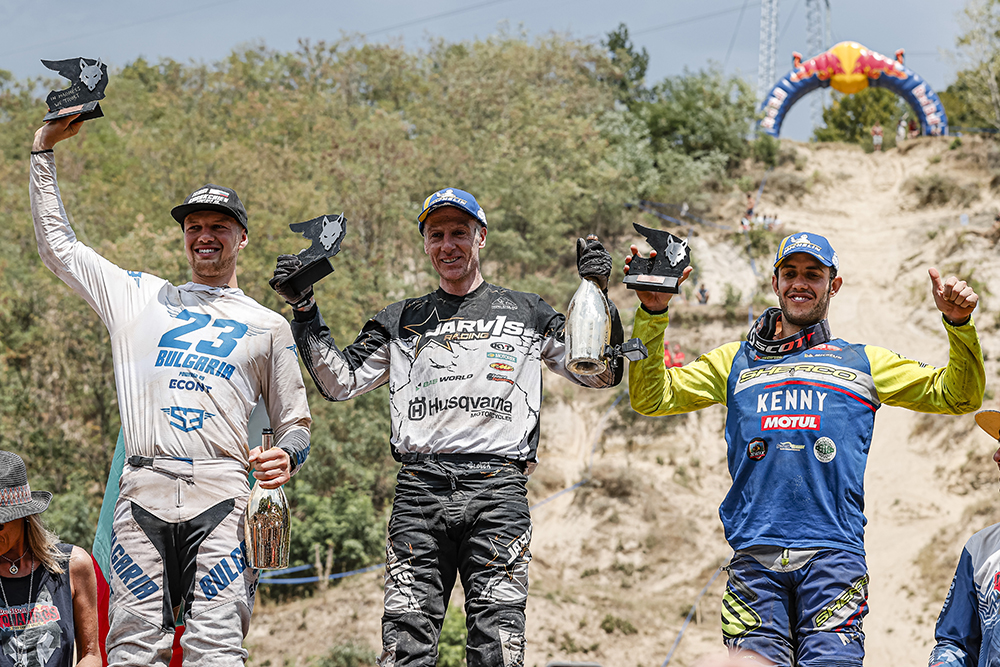 “It’s such an incredible feeling to win Red Bull Romaniacs again,” said Graham Jarvis. “I’ve done it seven times now, I don’t know what to say! In a race like this it takes a lot of effort all week to be there every day and I managed that. After last year’s knee injury I wasn’t sure how well I’d come back and if I’d be competitive again. It’s been a full year’s work, but I’ve done it. Not just getting back on the podium, but the top step too.

“Jarvis Racing Team is a full privateer effort, the guys around me are doing it because they love Hard Enduro as much as I do, so this win is for them as much as it is mine!”

Championship Standings (After round 5)

New products from Ogio, the Rig T-3 and Mach LH.

Seely Out for Remainder of AMA Pro Motocross Season

Team Honda HRC’s Cole Seely will be sidelined for the remainder of the 2019 AMA Pro Motocross series due to a torn labrum and fractured glenoid socket.

Jaume Soler has put together this epic highlights video of Day 1 of the EnduroGP of Spain.