In the latest issue of ADB Magazine, Lee Hogan gets first ride on the 2018 Suzuki RM-Z450.

The 2018 Suzuki RM-Z450 has been one hotly anticipated machine. We got to ride the All-Japan works RM-Z450 during our trip but only RC got to ride the new production bike while they made us watch.

Fast-forward almost a month and my turn finally came to throw a leg over the 2018 RM-Z450 production model at Victoria’s Ride Park in Bacchus Marsh. Suzuki Australia’s marketing manager Lewis Croft had done such a good job of securing ADB an early test that we couldn’t say a word or post a single image of us riding the bike until the embargo was lifted. Still, it was an honour to be one of the first mere mortals on the planet to put the bike through its paces.

FRAME
The most noticeable thing when riding the new Suzuki is not the motor or the suspension but the chassis. Immediately you notice a slimmer feel to the bike along with the flatter seat profile. The frame, combined with the new swingarm, gives the RM-Z a very agile and flickable feel.

The new chassis has delivered some extra feel and feedback via a frame that is slightly less rigid and bulky. A big step in the right direction. 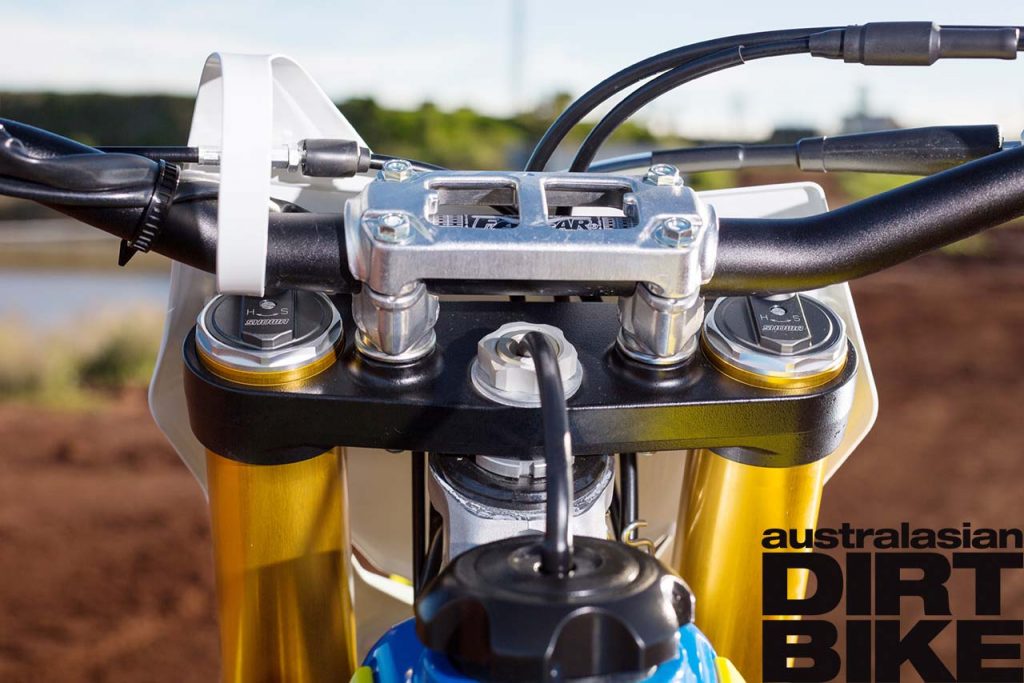 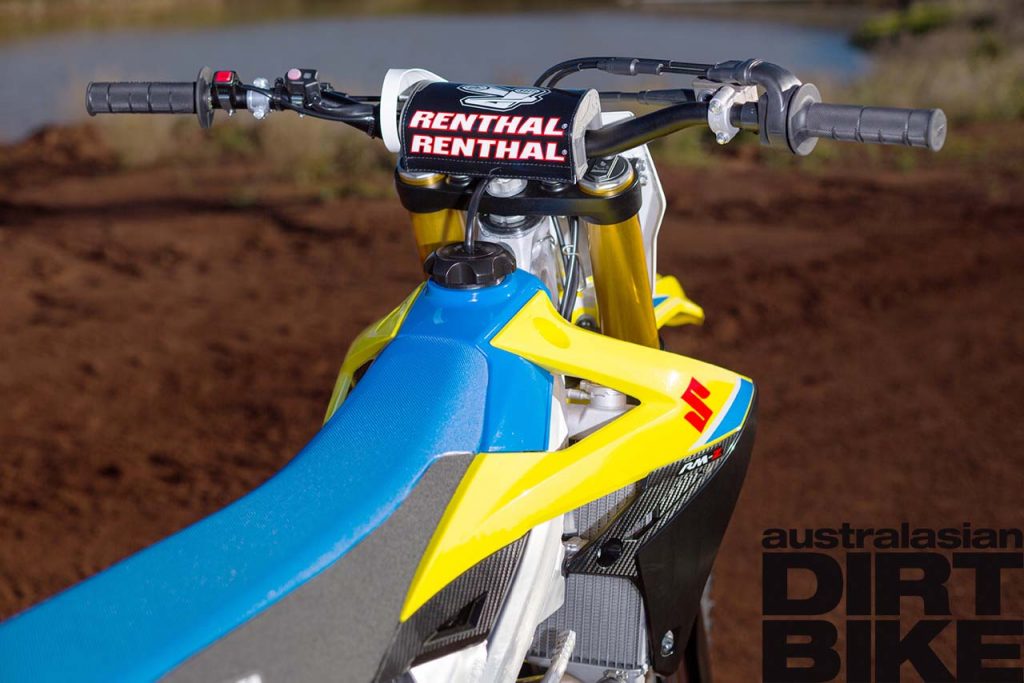 FORK
The change from the Showa SFF-Air TAC fork to a 49mm spring-cartridge affair is a great move. Did I notice a huge difference when I rode this new bike? I’m not going to say night-and-day difference, but there was one noticeable thing. The spring-cartridge fork is much easier to push up and down when you are sitting still on the bike, and this translates to a smoother initial part of the stroke when you are riding.

But just like any fork you are governed by the internal settings which include valving, oil and spring rates. Suzuki has decided on .50 rate springs and, combined with the standard valving, the fork worked well on the track and complemented the rest of the bike.

SHOCK
The BFRC shock had a firm but stable feel. Being the first rider to do any laps on this bike it was reasonably stiff to start with and needed some bedding in. We started with 40mm of static sag which gave me a 104mm ride height. I normally run at least 42mm and around 106 to 108mm of ride height if I can but the Suzuki crew on hand wanted me to try slightly less so we gave it a go.

With only 40mm of static sag I found the back to be sitting too high and slightly out of balance to the front, which was working nicely. I stuck it for a few laps but just couldn’t come to terms with the high feeling in the rear.

Once we got the static sag down to 42mm and the ride height to 106mm the bike felt perfectly balanced and tracked well. The BFRC seems to take slightly longer to bed in but once I’d done a fair bit of time on it I found that its biggest strength was how it absorbed big hits. I could really charge into the face and this shock held up really well. 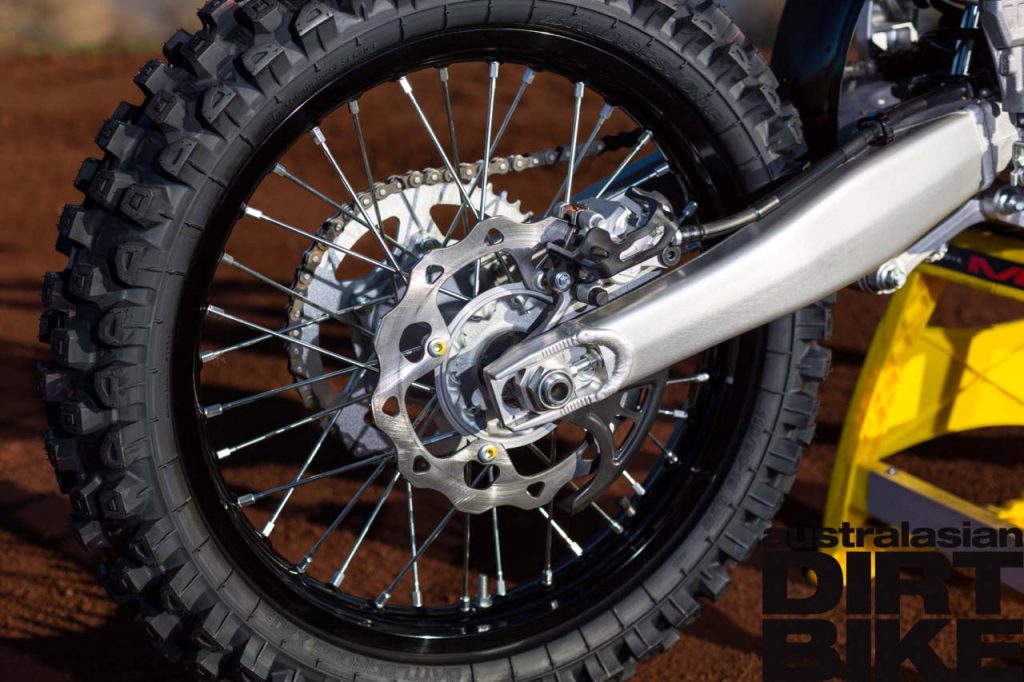 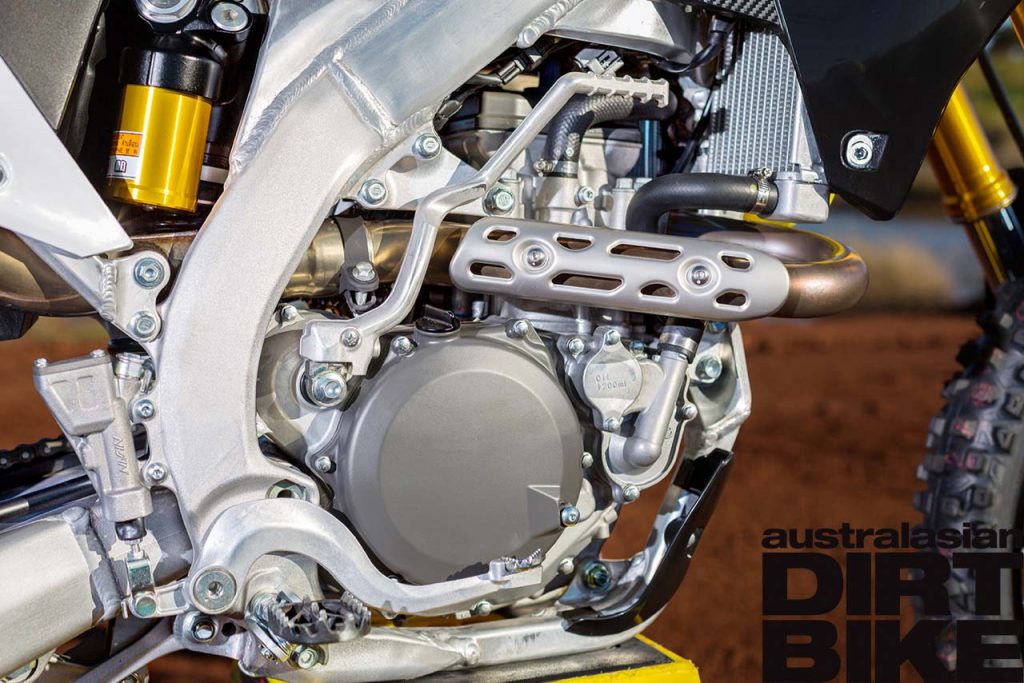 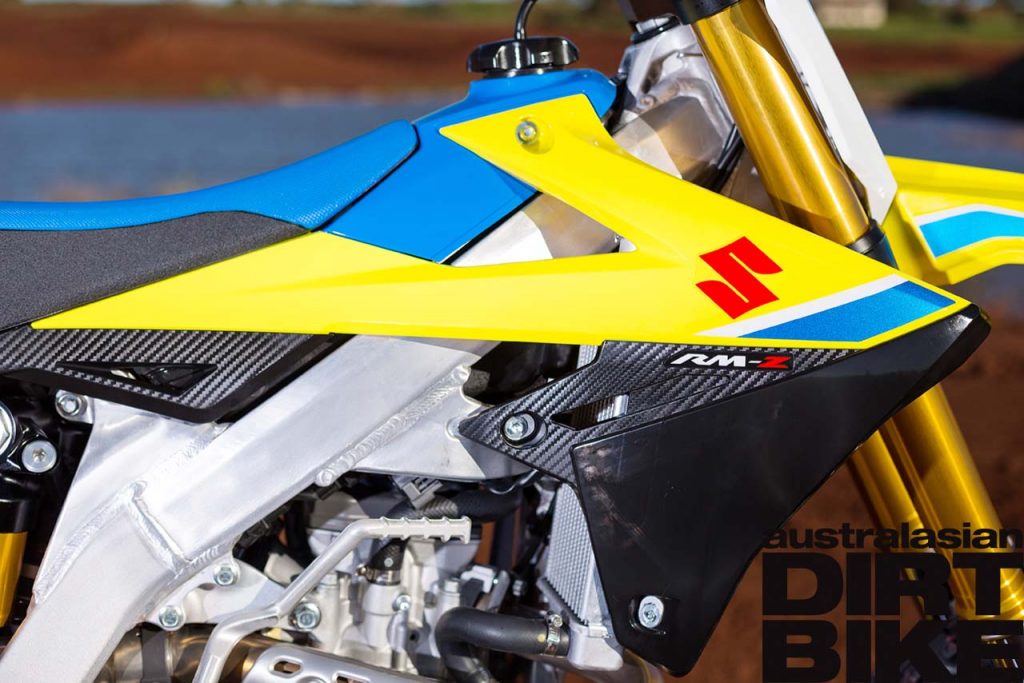 MOTOR
With quite a few dramatic changes to the motor and airbox you would think that we would have ourselves a completely different feel to the power characteristics. Much like the chassis.

But this wasn’t the case. The new motor is strong and smooth yet feels very similar to the 2017. It comes on with a subtle hit of power right off the bottom which is deceptively strong, before flowing into a solid and meaty mid-range. The top-end power is predictable and strong enough to get you out of trouble.

The motor is perfect for the beginner 450cc rider right the way up to a solid intermediate rider. Expert level riders and riders packing a bit of extra weight might want to find themselves a bit of extra horsepower.

The Australian/Euro/Japanese version of the 2018 Suzuki comes with a slightly quieter muffler, a different exhaust camshaft profile and ignition map compared to the American model. So something as simple as throwing on an aftermarket exhaust and re-mapping your ECU will make a world of difference to the motor characteristics. 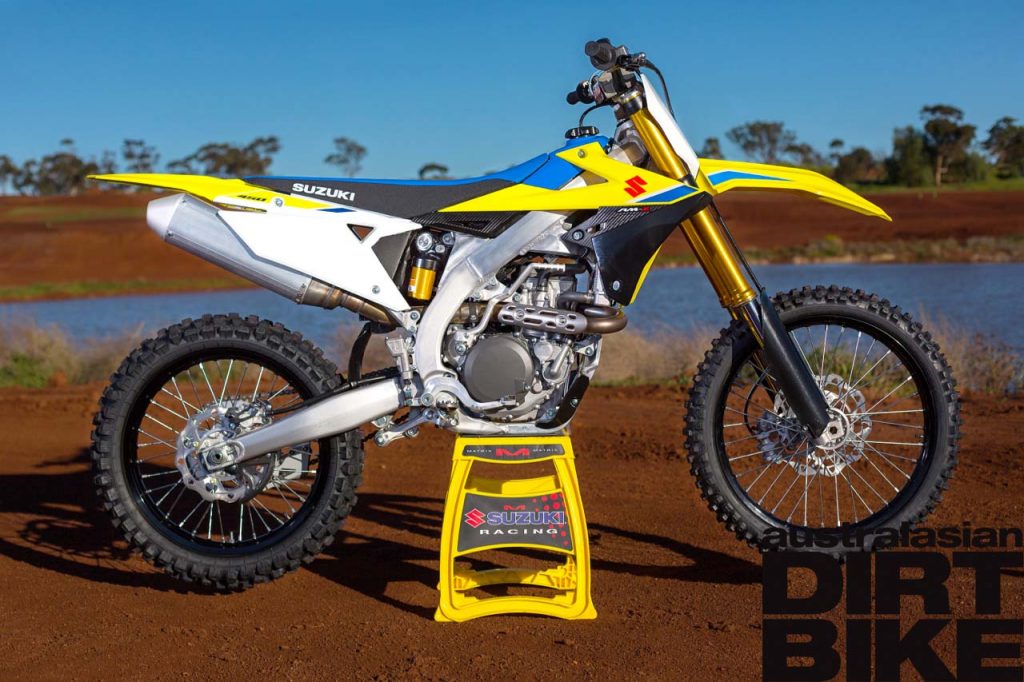