Husqvarna Factory Racing’s Graham Jarvis has secured yet another extreme enduro victory, this time topping this year's Sea to Sky in Turkey.

Delivering a winning performance on the final day’s Mountain Race, Graham notched up his sixth victory at Sea to Sky. Graham’s teammate Billy Bolt dominated the event’s first three races, but a navigational error on the final day relegated him to third overall.

As always at Sea to Sky, Jarvis made a solid, but cautious start to the event. Claiming an impressive fifth in the hectic Beach Race, the 45-year-old then began to put on the pressure in the Forest Race, taking third and staying within touch of race leader Bolt. Despite a heavy impact with a rock damaging his bike, Graham was able to skilfully bring his Husqvarna TE 300i home in fourth on the technically demanding Sky Race.

Going into Saturday’s Mountain Race, Graham was lying third overall, a minute down on second place and close to four minutes down on his teammate Bolt in first. In typical Jarvis style, the Brit kept his nerve and maintained a strong pace throughout the 55-kilometre course. Making no mistakes, the extreme enduro expert crested the final hill in first place and with enough of an advantage over his rivals to claim the overall win. 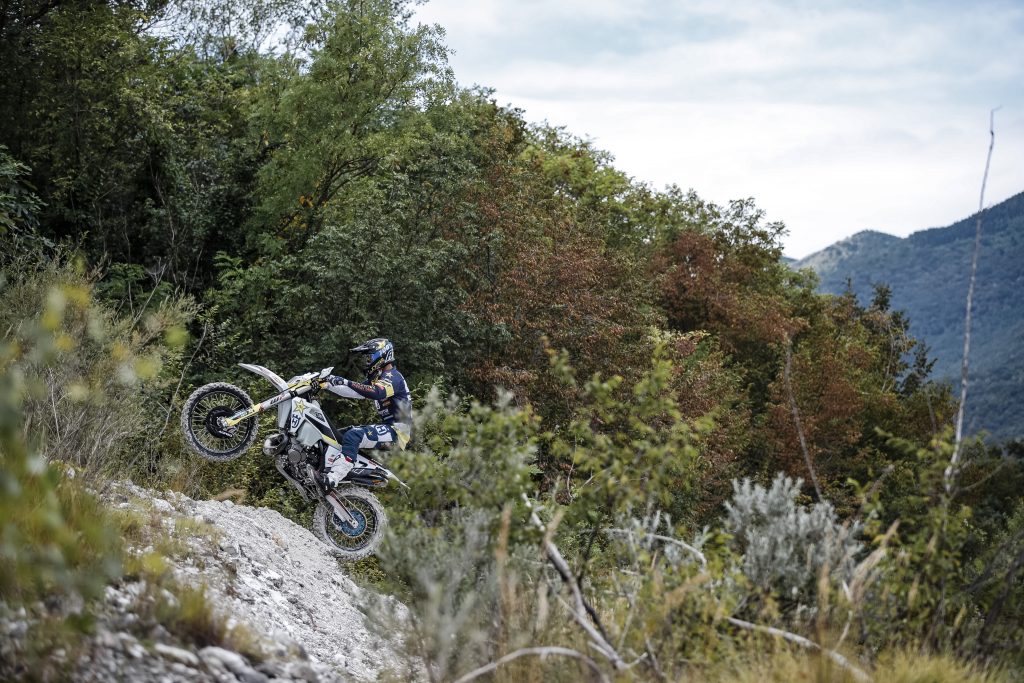 Billy Bolt had looked on form throughout the 2020 edition of Sea to Sky. Winning the opening Beach Race, Billy went on to top the proceedings in both the subsequent Forest and Sky Races. Leading much of Saturday’s Mountain Race, the young British rider was first to reach many of the more challenging sections with other riders playing catch up behind.

Unfortunately, in following track marking tape left from a previous running of the event, Bolt was forced to double back on himself, losing a considerable amount of time. Pushing hard for the remainder of the enduro, the reigning FIM SuperEnduro World Champion was able to salvage fourth, earning himself a place on the overall podium, in third.

Graham Jarvis: “It was a great race today and I was lucky if I’m honest, especially after damaging the bike earlier in the event. I went into the Mountain Race about four minutes down on Billy and as all the top guys ended up riding together, I thought there was no chance for me today. Billy took a wrong turn and I managed to get out in front and for that last 20 minutes I just pushed as hard as I could to the finish. It feels nice to get another win here in Turkey, it really is an amazing event.”

Billy Bolt: “Overall, it’s been a really good week here in Turkey. I’m really happy with my riding and know I had the pace to win every day. I had led 80 or 90 percent of the Mountain Race today and was first to reach this tricky hill – it seems they had left some route marking tape up from last year and so I followed it. As it turns out, it wasn’t the right way to go, and by the time I had realised and turned back I had lost too much time to catch up with the leader. Finishing on the podium is good, but I’m disappointed not to have taken the win.”