VICTORIAN Dakar racer Steve Riley has recovered from the injuries he sustained in the Dakar Rally, but he won’t be going back unless there’s a change of venue.

Second six-times in the Australasian Safari on a bike and first three times in a car, Riley said there was no variety on this year’s Peruvian course and it was nearly all sand dunes from start to finish.

Competing in his fourth Dakar (he was 27th navigating for fellow former motorcycle racer Geoff Olholm in 2011), Riley was this year fulfilling a dream he shared with the late Peter Brock to race Dakar in a Holden ute.

If you were watching the SBS coverage you would have seen Riley and mate Trevor Hanks’ green Holden ute giving it a red hot go on the massive sand dunes. Unfortunately Steve and Trevor had a few unfortunate moments, one of which was serious enough to put them out.

Steve was airlifted out after misjudging a climb up a sand dune on day six. He expected a flat top to the dune but they went straight over the top, landing on the front end, which dug in. The impact threw both of them forward violently and Steve suffered neck and back injuries for which he was flown to hospital in Lima.

Hanks was able to drive the damaged VE out to the nearest road and their waiting support truck after some locals helped him to get it out of the sand. It was the end of a very tough week.

The clutch and differential had to be replaced after day three and then the new clutch gave up just 80km into the marathon stage when dust got in through the starter motor housing. Earlier in the day, Steve was lucky to avoid injury when a shackle went through the windscreen and hit his helmet after a snatch strap broke.

Although they had to be towed out after the clutch failure, the Holden team was allowed to restart in a different category after the rest day under the rally’s latest “half-marathon” provisions. Sadly they didn’t get far.

Riley says he learnt a lot about how the car handled the conditions and if he does the Dakar again he would increase the ground clearance and add air conditioning so the cab could be kept free of dust. The factory teams all have it and it improves driving conditions greatly.

If they compete again, Riley says he’d prefer somewhere with a few trees here and there. Africa might be a chance if the rumoured return to that continent goes ahead. Warren Jack 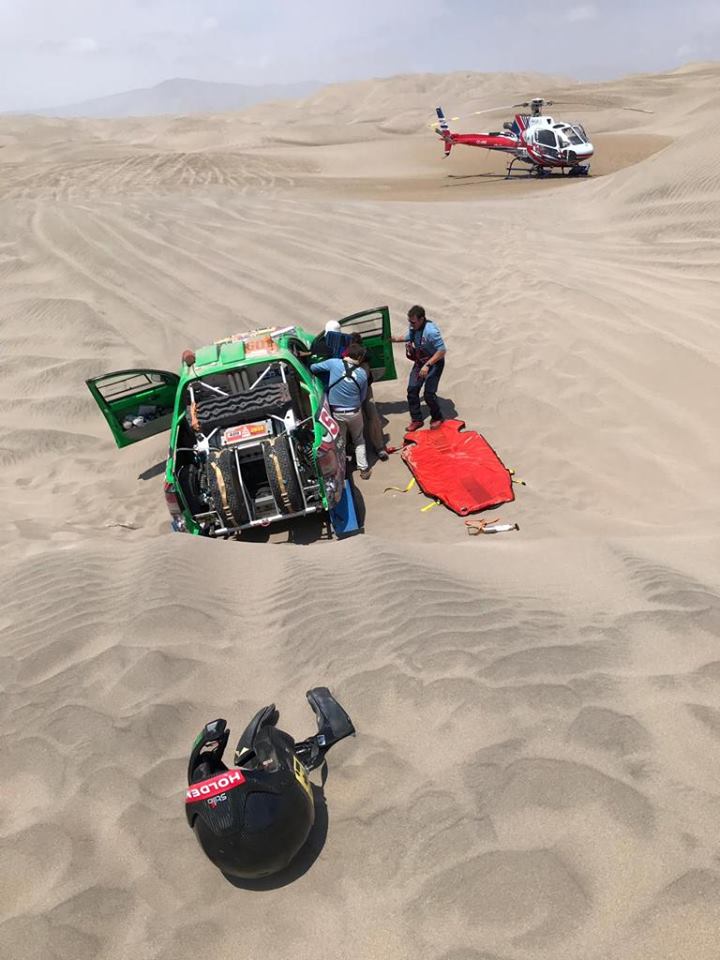