Tim Coleman is leading the extreme enduro charge in Australia from a background in stunts that has taken him into a Hollywood feature film.

Tim Coleman is best known for his incredible stunt riding. The likeable Victorian boasts tens of thousands of followers on his social media channels thanks to the amazing video clips he posts of himself in action.

Primarily a riding coach for extreme enduro and trials, Coleman is also one of Australia’s top hard enduro competitors, being a regular on the Wildwood Rock Extreme podium and contesting some of the biggest and baddest hard enduro events on the planet.

In a lot of ways, Coleman is a pioneer of Australian hard enduro but there are many more strings to his bow than showcasing the local liking for the sport.

ADB: Your videos have made you somewhat famous, where do you get the ideas for your stunt riding clips?
TC I grew up watching a lot of motorbike video clips. My riding style is a little bit different to most, I like the technical side of things, so I like getting creative on the bike and doing things you don’t usually see. I watch a lot of videos from Scottish trick MTB cyclist Danny MacAskill and get inspired to try new things. And when I travel overseas I often meet people who tell me they’ve seen my videos, which is a pretty cool feeling. 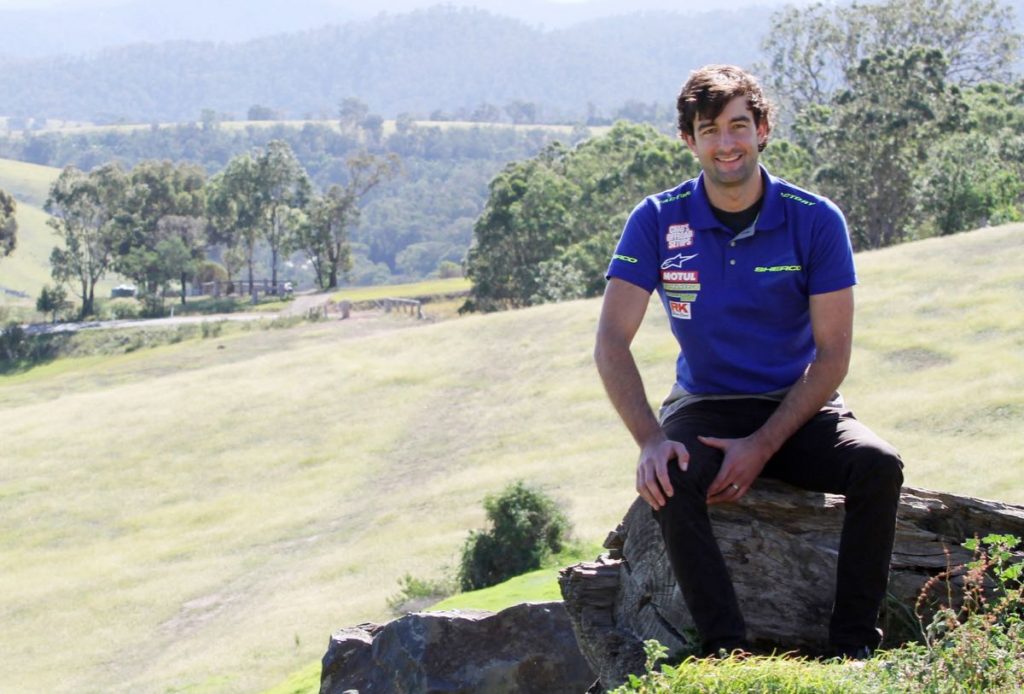 What you do on a motorcycle is quite unusual and you are part of a group of riders pioneering the hard enduro scene here. Where did this come from?
I’ve only really just started to take the racing more seriously. Previously all I wanted to do was make cool videos. But with racing I need to focus a bit more and train. I watched a lot of trials videos of [world champion] Toni Bou so I would practice my tricks on my trials bike then translate them to my enduro bike. My family has hosted a big trials event at our property for 40 years so I’ve always had a bike. It’s what I grew up doing. I raced motocross for eight years as a Junior, then moved to trials because I enjoyed how intricate the skills were and the lower speed and relative safety of the sport in comparison to motocross. I’ve ridden trials bike for 20 years now and I got to the pointy end of the field and couldn’t really take it any further unless I moved to Spain. But enduro was a new learning curve for me so I went that way and incorporated my tricks.

How far did you go in trials?
I was fortunate enough to represent Australia six times at the Trials des Nations, I won the Australian Indoor Trials Championship once and was runner-up to Kyle Middleton four times in the outdoor title. I was riding and racing trials and enduro at the same time and I wanted to be good at both but it wasn’t working. So I decided to concentrate on tricks and enduro.

Extreme enduro racing has only recently become big enough for multiple events and a series, so what racing were you doing before?
I raced some Victorian Off-Road Championship and Australian Off-Road Championship because there was no extreme enduro. But I got sick of that because it was too fast and not technical enough for me. Wildwood Rock Extreme had been running for a while and I tried that and liked it so I just kept practicing for that event. Now Grassroots’ Australian Hard Enduro Championship is here [but postponed to 2021] I’m happy to focus on that. 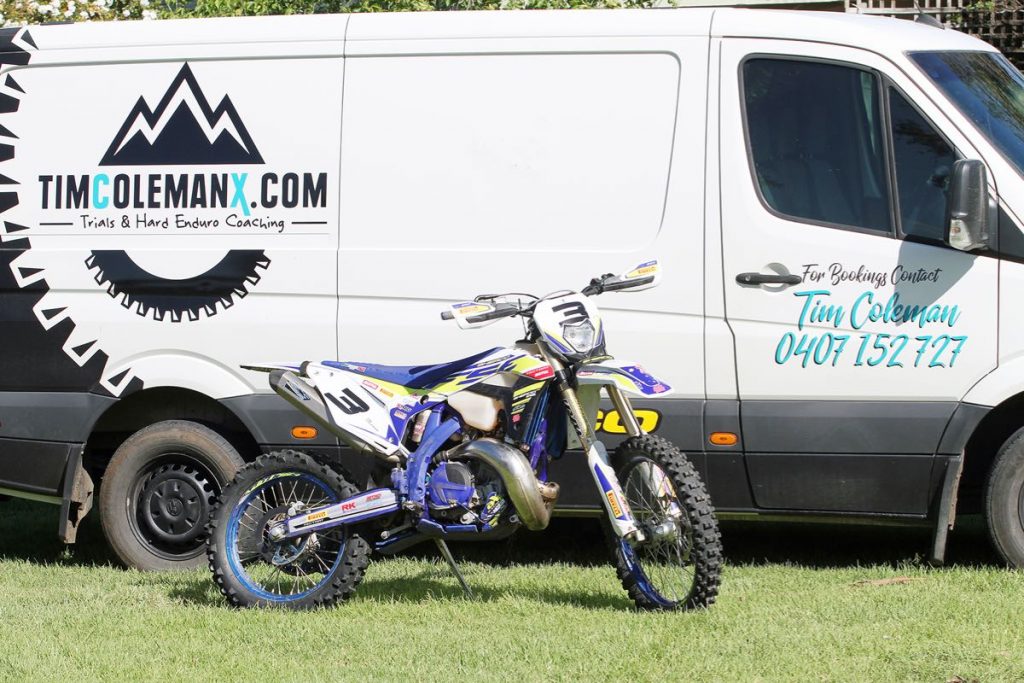 You make a living as a rider coach and stunt rider. How did you make that your job?
I was doing stunt shows on the trials bike and I got to do stunts in the movie Wolverine and to work with Hugh Jackman a little bit, which was pretty cool. I was on Australia’s Got Talent as part of the Flair Riders’ Stunt Show and got a few really good gigs like a TV commercial. I don’t get to do stunt work so much because the coaching work is quite busy. And that all came about because a rider from Thailand reached out to me and asked to come out here for some lessons and it snowballed from there. I’ve been able to travel overseas to coach riders and it’s crazy how many want to be coached. I’m stoked because it’s a good job. The videos have been the best promotion for my coaching.

What do most riders want to learn? Is it the tricks or general riding skills?
I think they all want to learn the tricks, but the reality is it takes a lot of time and effort so if they can learn the fundamentals first, then that’s a good start.

Have you ever had a regular job?
I tried to get an apprenticeship as a plumber but couldn’t get anything going and I’m glad it worked out that way. I worked in a motorbike shop in spare parts for many years, so I’ve always been involved with bikes.

Before COVID-19 affected racing, the opening round of the Australian Hard Enduro Championship was run in Tenterfield, NSW. Just three years ago no one would have imagined Australia would have a successful series.

I think it was bound to happen. Hard enduro has been around for a long time in Europe and there are plenty of keen riders in Australia. It’s crazy how many riders just go out and practice this stuff. Tenterfield was a long way to get to but there were 280 riders. But the properties the hard enduro races are on are pretty epic. The terrain is gnarly and there’s never any flat sections. I feel this sport is going to grow. It’s early days yet. 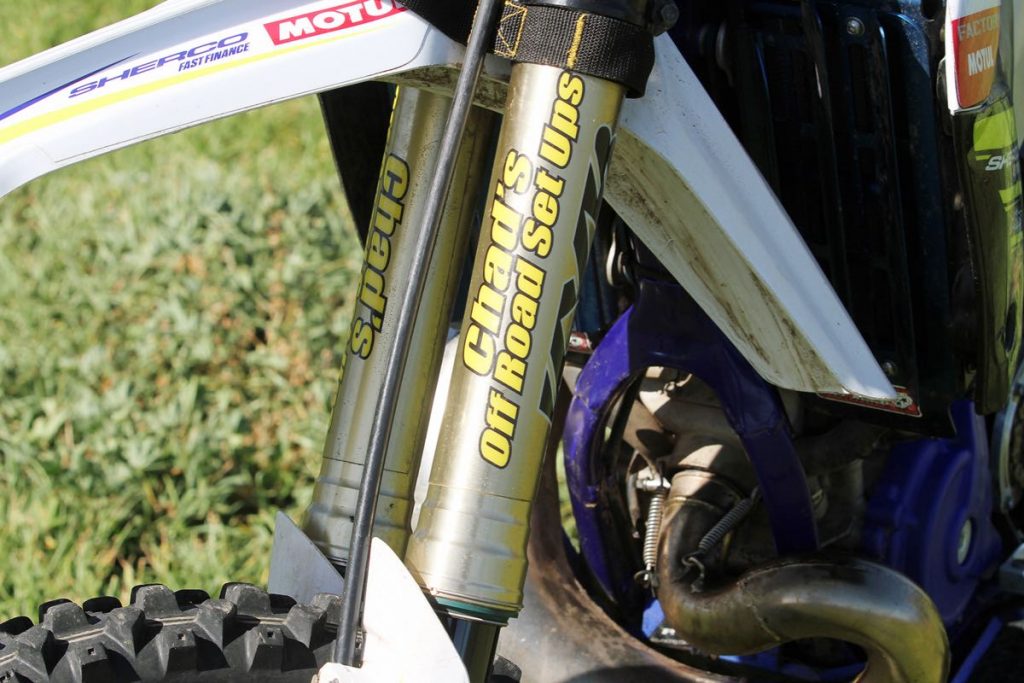 What’s the format of the racing?
It’s usually a four-hour race, which is a long time. Sometimes you reach a point where you’re really worn out and questioning why you’re doing it, but the appeal is getting through it. Wildwood Rock is a multi-lap event where we do around eight. That’s more tiring than the Grassroots’ races, which are usually two laps because each time you come back around to a difficult section, the mental battle can intensify. A lot of the events in Europe are just one lap and that can be more exciting because you never know what’s coming up next.

Do you ever reach a section and think there’s no way I’ll ever get up this?
Yeah, I do. There’s always tough sections but it’s always going to be do-able. I try to avoid getting off the bike and pushing but sometimes you have to physically drag your bike up a hill and I hate that.

You’ve raced some big international events. What have been the most notable?
My first big one was Sea To Sky in Turkey. That always attracts the top riders and I’ve raced Erzberg and Romaniacs. 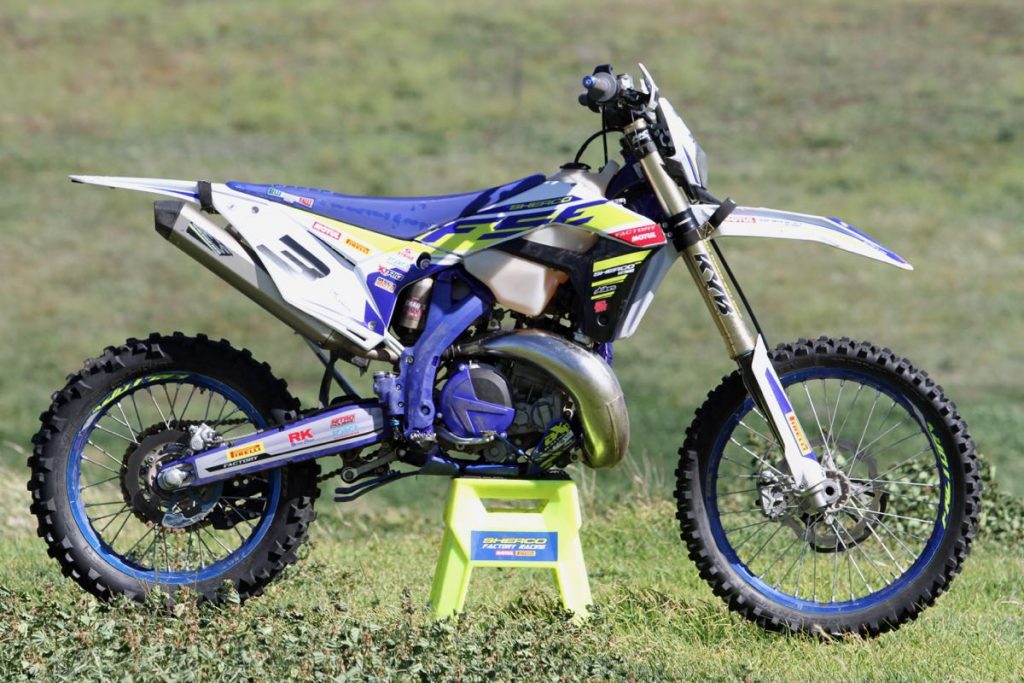 What’s Erzberg like for a competitor?
I went last year for the first time and it was a surreal feeling just being there. I got there with enough time to do some riding before the race weekend and I got to suss out some of the tracks. The up hills were so gnarly and you just don’t get that here in Australia. Coming out of the quarry was just full gas. It’s such a crazy event. The rocks in Carl’s Diner were just insane. It’s nothing like you see on TV. It’s a couple of kilometres of massive rocks on rocks and it’s snowing but the rocks are part of an iron mine and the heat coming out of the rocks makes it bloody hot. It’s a weird race and well organized but the track itself isn’t easy to navigate. I feel like you need to study exactly where the track will be on a map before the race starts. Maybe the top factory riders have a few tricks up their sleeve, but I
don’t know.

Is Erzberg harder than Romaniacs?
Romaniacs is different because it’s a multi-day event. The terrain at Erzberg is the gnarliest but Romaniacs is exhausting. You get up in the morning and you just don’t want to get back on your bike. Romania is like stepping back in time. You’ll be riding along and you’ll pass a horse-drawn cart and there will be shepherds up in the mountains.

Are there any events you’d like to ride that you haven’t tried yet?
Finke is not my style, but I’d like to do it one day. We have a lot of different and unique events in Australia and I should be doing them while I can.

Do you think the front runners in the AORC would be competitive in AHEC events?
The level of hard enduro in Australia has gone up. A lot of riders have got a lot better over the last five or so years because they’ve been dedicating themselves to hard enduro. It’s tricky to know how the AORC riders would go until they compete.

Who are the riders in hard enduro who you admire?
They are all awesome dudes. Everybody has their own style. Billy Bolt has this wild style whereas Graham Jarvis is the smartest rider out there because he picks the best lines. Mario Roman has a trials background and is very technical and then there are riders like Cody Webb who prefer to concentrate on the American series. [Wildwood winner] Wade Young inspires me because he’s got a totally different style to me but he makes it work by muscling his way through. And sometimes that’s what you need to do to get through things quickly. You don’t get style points out there so I’m trying to learn how to get through things quicker by hanging it out and bashing through.