The Kawasaki KLX140L was created by a team of engineers to be a fun, but powerful off-road bike.

The Kawasaki KLX140L (for large-wheel) and its smaller brother are targeted at young riders and has all the features you need to become confident in the dirt.

The 140L is a great size to go to from an 80cc or a 110cc bike if you are looking for something a bit bigger and more powerful without wanting to jump all the way up to a 230 or 250. It’s also suitable for beginners, women and farm work.

With its push-button electric start, the KLX is easy to get going and features an orange LED warning light to indicate when the power is on. It has a quiet muffler which makes it great for mustering cattle. The KLX140L is light at 95kg, making it easy to move around and pick up after a stack. The seat height is 800mm, which is perfect for younger, shorter, female and beginner riders because you can easily touch the ground.

This makes starting, stopping and balancing a lot easier and you can focus more on developing your technique. The seat is pretty standard in terms of comfort and the footpegs are in a good position for riding.

It has a ground clearance of 255mm, which is pretty standard on a smaller bike. The wheelbase is 1285mm. Its size would not be suitable for taller riders (175cm+) as it would feel quite cramped between the ‘bar and ‘pegs.

The KLX140L has a perimeter steel frame. The handlebar is rubber mounted, which helps to reduce the vibration transferred to the rider’s hands as that gets uncomfortable on longer rides. 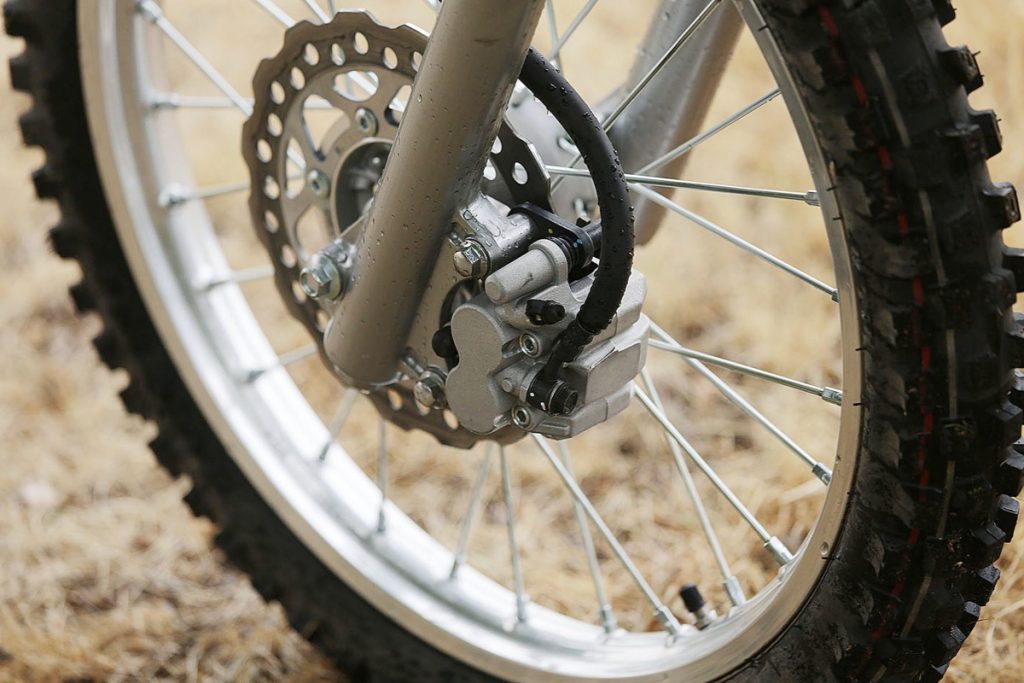 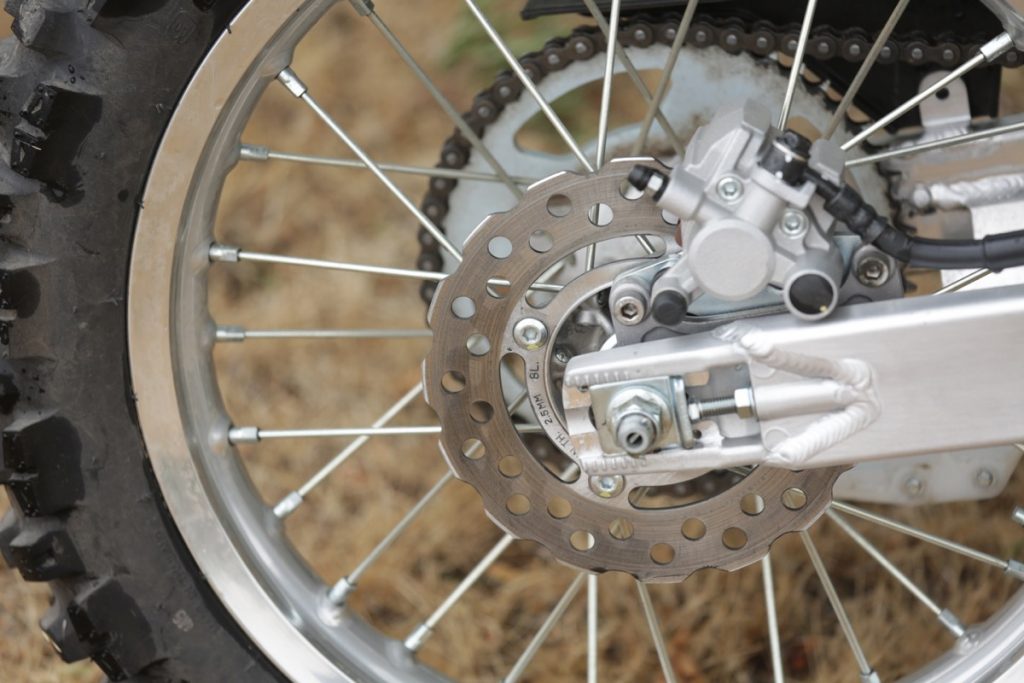 It has the same grips as used on the MX racers, making them high-quality and easy to hold. The 33mm conventional fork is not adjustable but the piggyback shock has adjustable preload, four-way adjustable compression damping and 22-way rebound damping adjustment.

The bike has front and rear wave brakes, with a 220mm front disc and twin-piston caliper. The caliper runs the same 27mm pistons that the KX450/250 run. The rear wheel is slowed by a 186mm wave disc that is gripped by a single-piston caliper.

The aluminium swingarm contributes to the light weight of the bike while maintaining the necessary strength. The wheels have strong, diecast hubs for durability, and aluminium rims.

The 144cc, air-cooled engine looks like being very reliable, with minimal chance of overheating. The bike runs just two valves and a single-overhead camshaft with screw-and-locknut valve adjusters that the average home mechanic can handle.

The five-speed gearbox seems to have evenly-spaced ratios, with changes being smooth and easy, allowing for good acceleration in each gear. This is great for beginners as there is minimal chance of whisky throttling your way onto Twitter.

As a female beginner, the KLX140L made me feel the most comfortable and confident I have on a bike. Riding bigger and heavier bikes can be overwhelming and the 140 was the perfect middle ground. 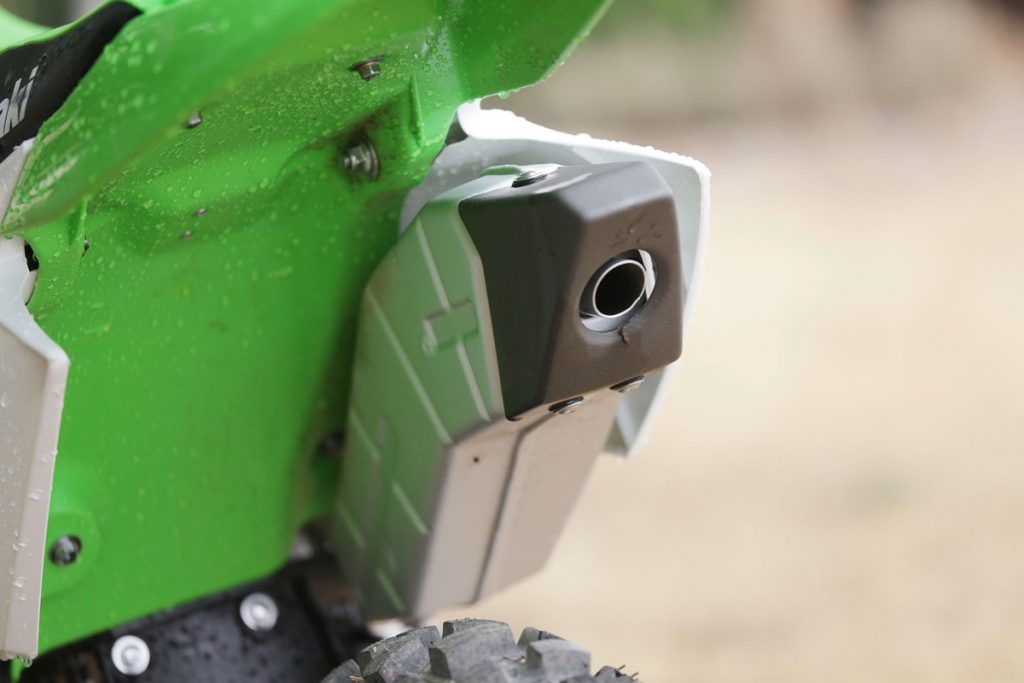 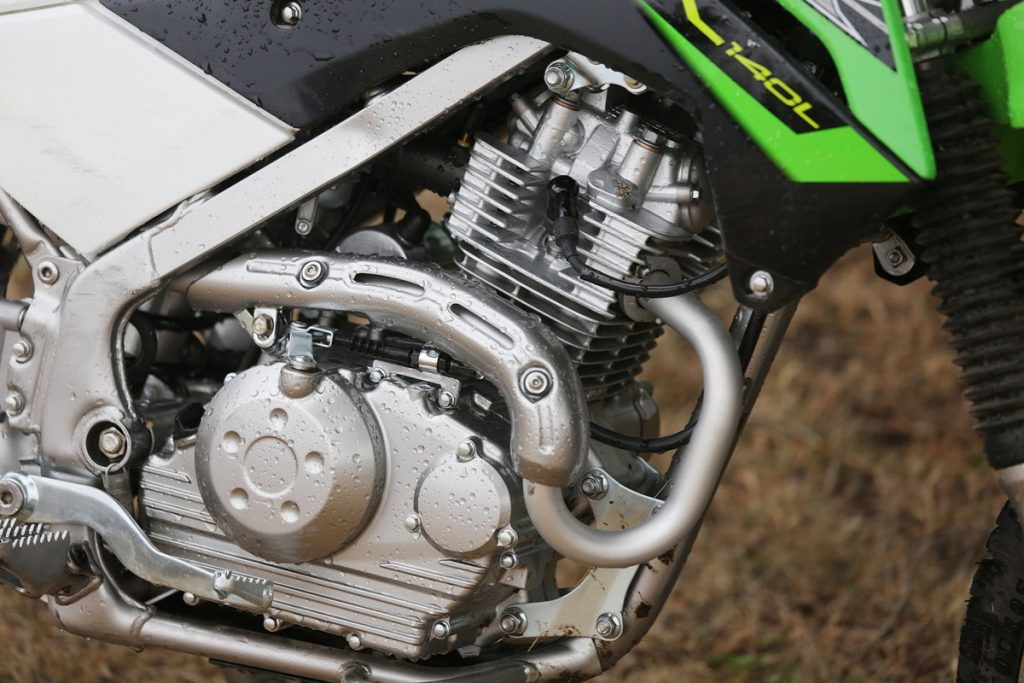 It was easy to stop, start and change gears but still had plenty of power. I was able to push myself further than I would have on a bigger bike and it felt safer. The KLX140L is a perfect beginner’s bike to learn on and gain confidence. It is low to the ground and light, making it easy to manoeuvre and balance on.

It still has plenty of power and picks up speed nicely through the gears. Although this is the perfect bike to learn on, it might be outgrown quickly. Once you have gained enough confidence and improved your riding technique, I think you would be ready to upgrade to a bigger and more powerful bike such as the KLX230 or the Honda CRF250L.

My riding buddy Jess Handebo, from the Southern Highlands, was the perfect person to test this theory. Jess is relatively new to riding and has an 80cc machine to play around on at home. She’d never ridden a new bike, so she was very excited.

After a few hours of riding around the farm on different terrain she got a pretty good feel for the bike. She said it had a good turning circle and was easy to balance on around corners.

“The clutch is so smooth and easy to pull in but both brakes are very touchy, the smallest touch and you can feel it, it took a while to get used to that,” she said. “It might be because it is relatively light, but that does make it easy to ride and the bike goes where you want it to go. The weight was well distributed, and it didn’t feel top heavy. 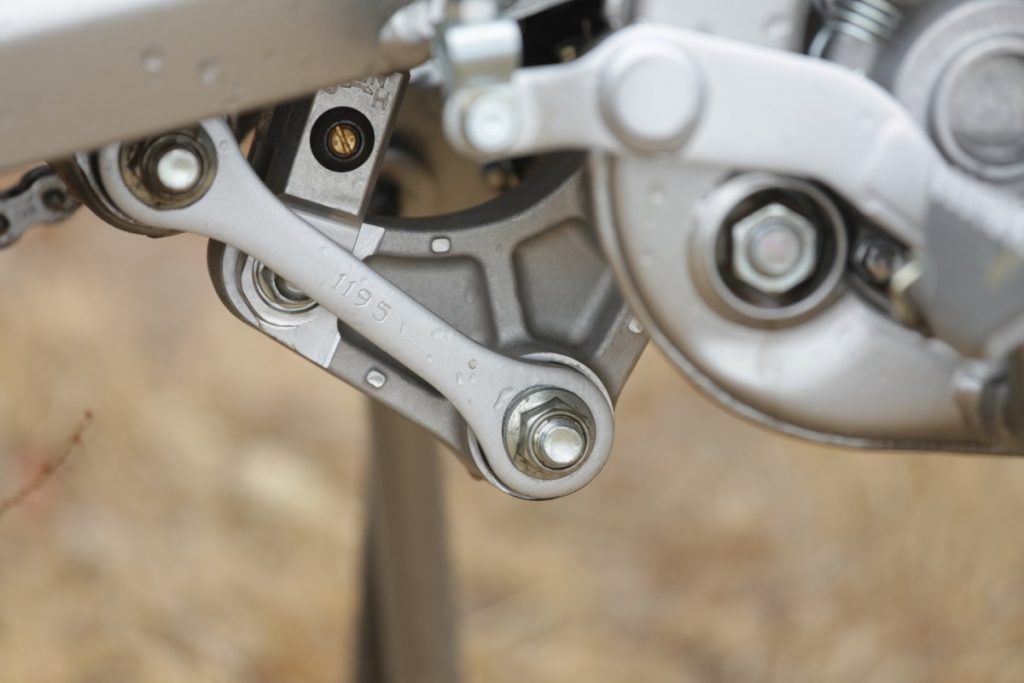 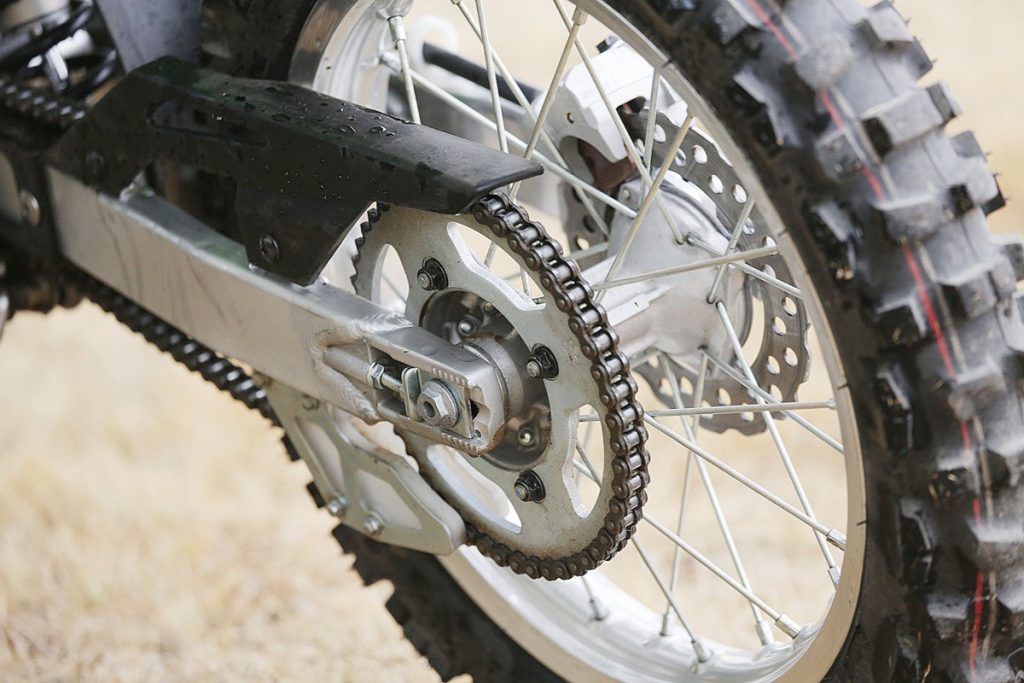 “I wanted to test the bike out a bit more seriously, so I tried some small log hops and the bike handled it well, with enough clearance and the suspension was good. It was easy to bounce the bike to go over the log.

“The ground clearance is okay, the bike was fine going over smaller log hops and over larger rocks. It was hard to stall and held gear well.”

Overall Jess said the bike would be a good upgrade from bikes like her Honda XR80. “It’s not too much more powerful but is more responsive and it’s easy to throw around.” She said the KLX140L would be great to have to build her confidence but she would probably go straight from the 80 to a 230, as she felt she could outgrow the 140 being in her mid-twenties.

Taller riders may also feel cramped on it but for us it felt super comfortable and the adjustable suspension handled everything we threw at it. The brakes and five-speed gearbox performed flawlessly and I would love one of these to whip around on.

The KLX140L is a fun and reliable bike that is great to learn on and good for younger riders. It’s a fuss-free funbike that is easy to jump on and start riding. It still has power and can gain speed through the gears. Although this is the perfect bike to learn on, it may be outgrown quickly. Once you have gained enough confidence and improved your riding technique, I think you would be ready to upgrade to a bigger and more powerful bike such as the KLX230 (ADB #484) or Honda CRF250L.

Kawasaki has tried to cater for people of all shapes and weights when designing this bike and offers it in two sizes. The KLX140 is the small-wheeled version with a 17-inch front wheel and 14-inch rear. It sits lower to the ground with a seat height of 780mm, for shorter/smaller riders, and ground clearance of 235mm. Weighing just 93kg, it is recommended for riders up to 160cm tall and 55kg mark.

The Kawasaki KLX140L has a 19-inch front wheel and 16-inch rear. The seat height and weight are slightly higher at 800mm tall and 95kg respectively. The ground clearance is up by 20mm but the big difference is that this model is fitted with remote reservoir shocks that feature full-adjustable spring preload with four-way adjustable compression damping and 22-way adjustable rebound. This is a higher-quality shock that can also be fitted to the KLX140. The Kawasaki KLX140L is recommended for riders up to 170cm tall and weighing more than 55kg.

Although this bike is targeted at the youth market, these features also make it great for a beginner, as the bike is not too heavy to move around and you can easily reach the ground when riding. There are a few other differences so stay tuned for a comparo and a farming test.