MY20 is shaping up as a big year for Beta. The small Italian company have pulled the curtains on a new decade and produced eight new enduro bikes for the world to enjoy.

It’s gone back to the drawing board, listened to its loyal customers, changed just about everything and produced what I think are by far the best Beta enduro weapons to date. They’re lighter, faster, more user friendly and more reliable and the 2020 Beta RR430 is no exception. 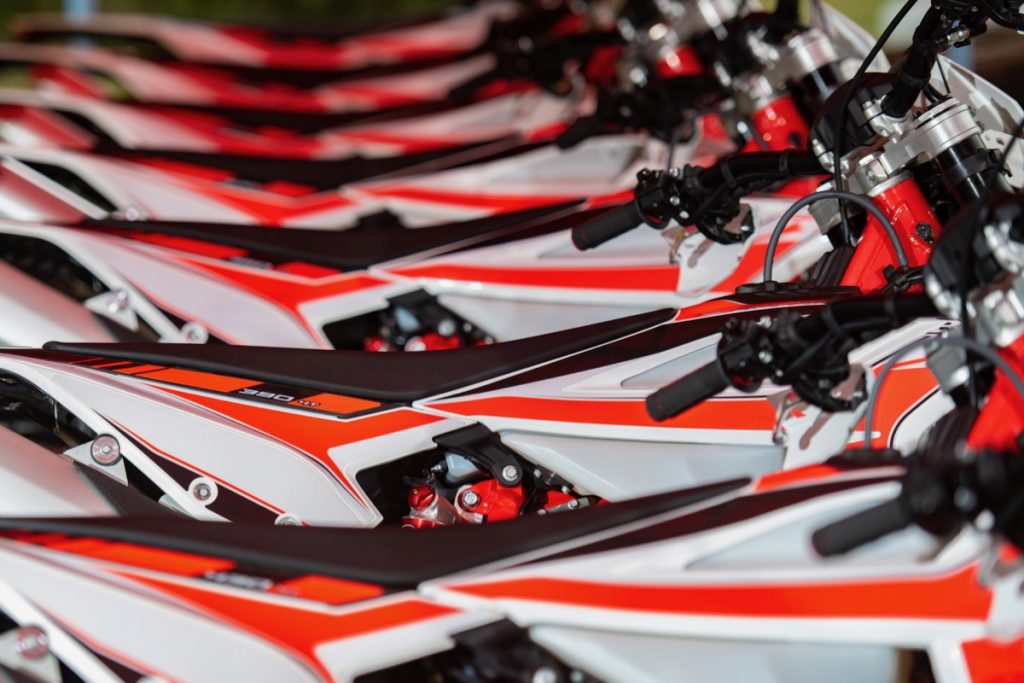 The 2020 Beta RR430 is a trick looking bit of gear. The new ergos are sleek and aggressive and the whole package just looks fast. They have put a lot of effort into restyling the bikes so that they are lower and easier to move around on.

The transition from sitting to standing is much easier than previous models, with the plastics all being moulded and shaped so that there is minimal chance of getting caught on your pants or boots. That may not sound like much but it is something that makes life a lot easier.

The new ergos have also eliminated that Euro feel that I felt the previous Betas had and the lower handlebar seems to make the cockpit feel more compact while giving you more control over the front of the bike. I have always preferred a lower, flatter handlebar so I am happy that Beta has gone that way.

Despite the engineers making the bike feel smaller and narrower between the legs, they have managed to cram a bigger 9.1-litre tank on the bike. So, you should be able to ride all day on one tank no problem. 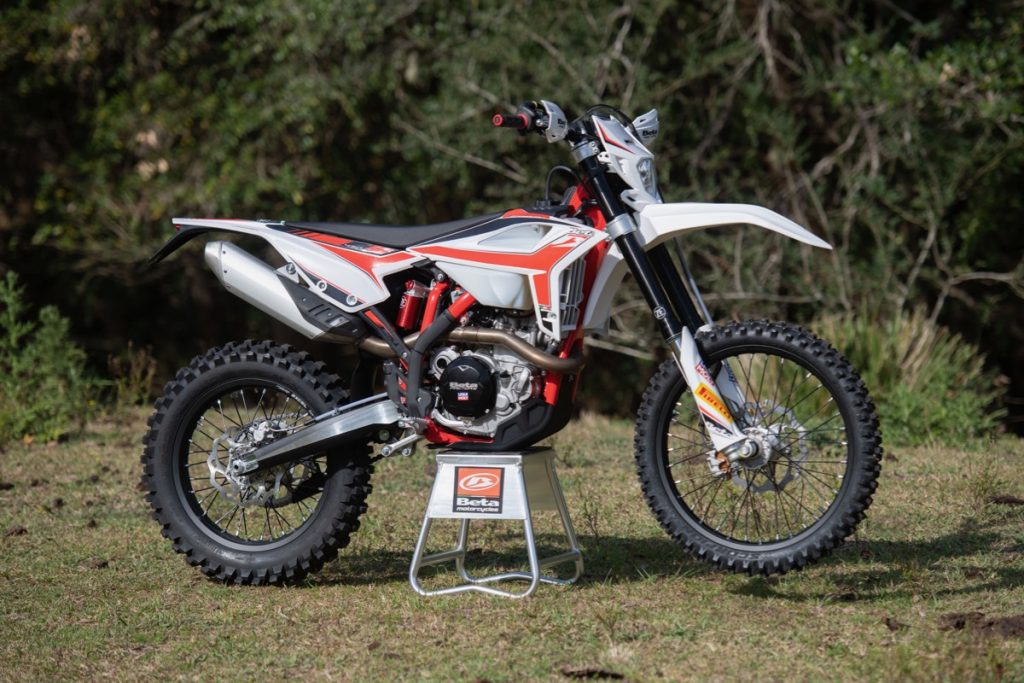 The MY20 chassis is lighter and accompanied with the lighter, higher-performance engine, the RR430 is over 1kg lighter in the chassis alone. I especially noticed this when hopping back on a 2019 model. Honourable mention as well for the new air filter boot and mounting system as you don’t have to think about it now with the two locating plugs.

Something else that you don’t have to think about when working on your bike is always a plus.

In previous years, the RR430 was a bike that I kind of wanted a bit more from. It was a little slower revving than I had expected and left me wanting more. Immediately after hopping on the new bike, I felt more comfortable with the power and had a lot of fun.

It revs faster than the 2019 but doesn’t become overwhelming and want to rip out of your hands. You can chug it along in a high gear with ease. As it is not quite a 450, it also feels lighter and is quite nimble from side to side.

I especially noticed this when charging down some of the steep hills on the test loop. With less rotating mass in the engine, the bike stops a lot quicker than a 450 but still has the power to pull you out. 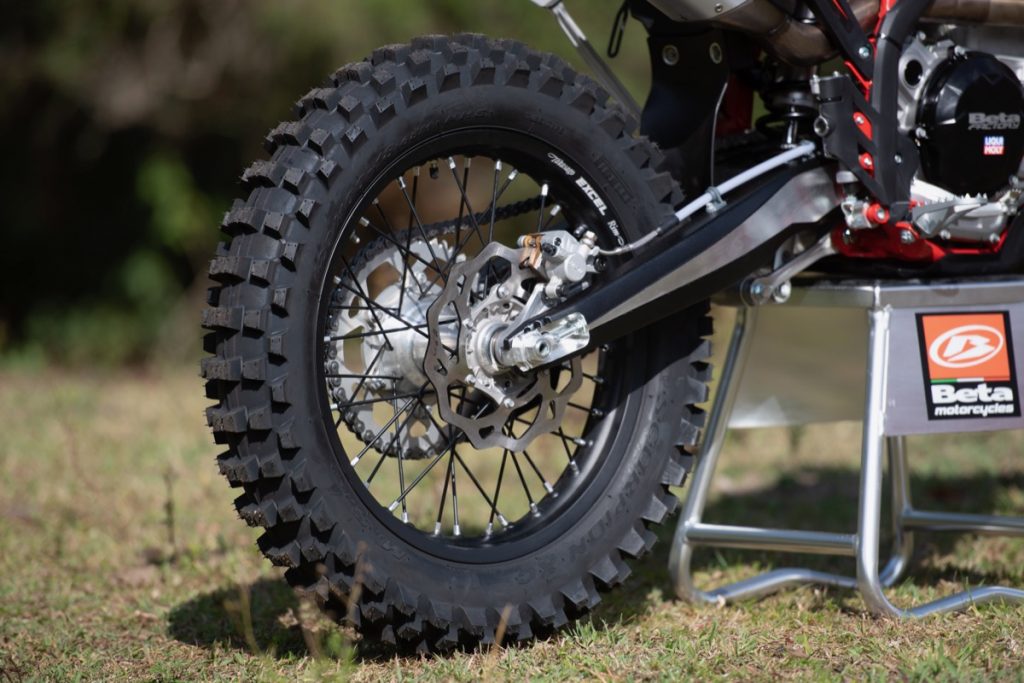 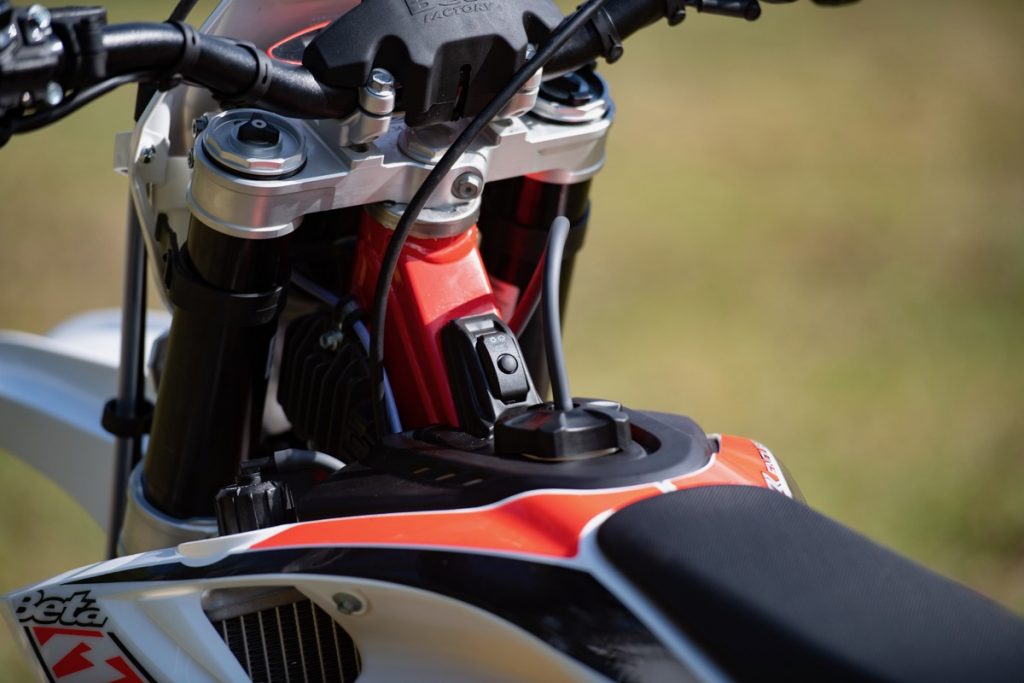 It is not an aggressive engine and has a very tractable delivery which gives the rider plenty of confidence to push. I think it’s fair to say that this bike would definitely appeal to a wide range of rider, especially somebody who is thinking about getting off a 250 or 350 and wants a bit more grunt.

Its power delivery is linear and smooth and super easy to manage. Sure, with a quick flick of the clutch, you’re off and flying down the straights quick smart but for me, the motor shines when it’s short shifted and grunted around.

Third gear is where you want to be and the new clutch and gearbox work seamlessly together and just add to the super smooth package.

After discovering that the bikes at the international launch in Tuscany had incorrect oil levels in the ZF Sachs open-chamber fork, Beta Australia was quick to rectify the problem. An extra 30ml of oil was added to the fork legs and, of course, what a difference that made.

The bikes went from diving under brakes to actually sitting up in the front and being rideable through corners. It was like I was riding a different bike. 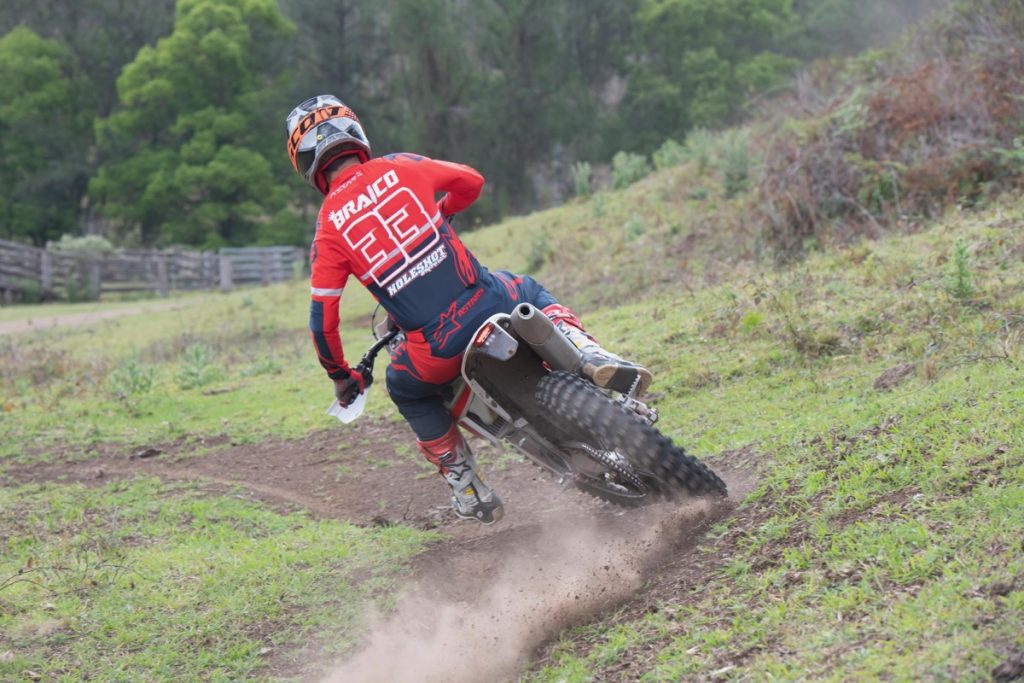 I could actually push along at a decent pace and know that the fork was going to hold up. Once I got to know the test loop and started to push along a bit more, I did play around with the external preload adjusters on the fork and found that I liked an extra 5mm of preload. It just calmed the fork down on the big hits and gave me a little more confidence at speed.

The Kyogle property has some epic hills and having that extra adjustment available on the fly at the top of the fork is a great feature. I think heavier guys will probably want some heavier springs, as the settings would be a tad on the soft side but, for my 85kg, it was pretty solid at trail pace. It was plush and forgiving, which is what you want during a long day on the trails.

The excellent ZF shock has been helped by the extra oil in the fork as the whole bike is much more stable and balanced. The smooth power delivery is matched nicely with the new settings and the RR430 has little trouble getting great traction wherever you go.
The overall feel of the bikes at the Aussie launch was night and day better than what I rode in Italy and it was good to see Beta identify the issue and rectify it right away.

I really enjoyed riding the RR430. It is a bike that is very easy to get along with both on and off the trails. The new engine is smooth, strong and built to last and that is all that the regular trail boss wants.

Whether you are bike fit or not, I think the 2020 Beta RR430 is a solid platform for our bush trails. It’s not too much to handle in the tight stuff but it can still hold its own on a good old fire-road drag race. The issues that I experienced with the suspension In Italy have been taken care of for all you Aussie Beta fans out there and I think that 2020 is going to be a solid year for the company.