I’m beginning to understand why Enduro Editor Geoff Braico loved the 2018 Yamaha WR250F so much at the press launch: it’s because this thing is custom-built for racers.

On a recent ride with Digital Editor Olly Malone on the Beta RR430 long-termer (next page) and ADB tester Jeff Briggs we swapped bikes.

I’d been whinging about the WR250F lacking bottom-end grunt and how, at 100kg, I was struggling to find the best way to use the power. Briggsy is about the same weight but, after 15 minutes of riding, he pulled up and said: “I don’t know what you’re whinging about. This thing’s awesome if you hold it wedged!”

Yamaha’s WR-Fs are famous for producing excellent trail power, in other words, loads of tractorable torque delivered in a linear curve. But the latest WR250F just wants to be revved to the moon. It rides best when valve bouncing between trees, not plodding along using the bottom-end.

The smallest capacity long-termer that I’ve had in the last nine years was a 300. It was a Sherco 300SEF-R and for a 300, it was, and still is, boxing above its weight in the power department. I’ve ridden plenty of 250Fs but generally in a shootout, a comparo or at a launch. So, as a result, I’ve subconsciously adapted my riding style to suit bigger bikes – meaning that I ride using the bottom-end torque, lugging bikes from tree to tree. This is not the WR250Fs area of expertise, nor is it for most 250F enduro bikes, but it definitely loves top-end fist fulls.

It has incredible mid- and top-end grunt, and if you ride it like you’re racing, you will be faster than any other 250F. For a small-capacity four-stroke it absolutely hauls in top gear. 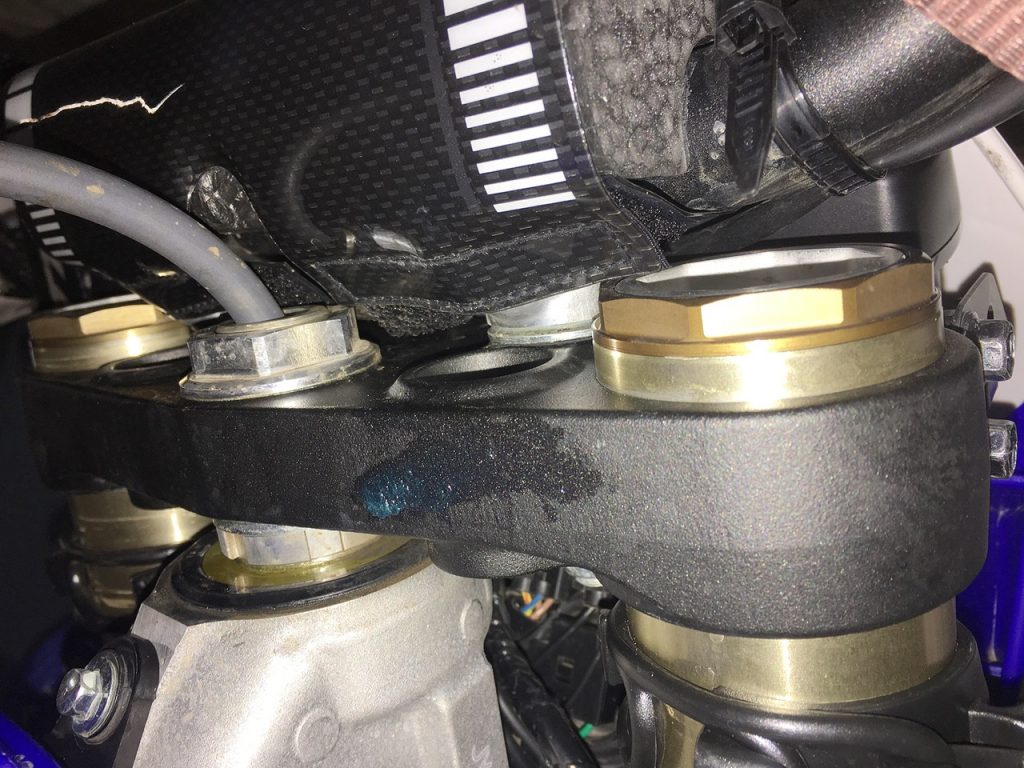 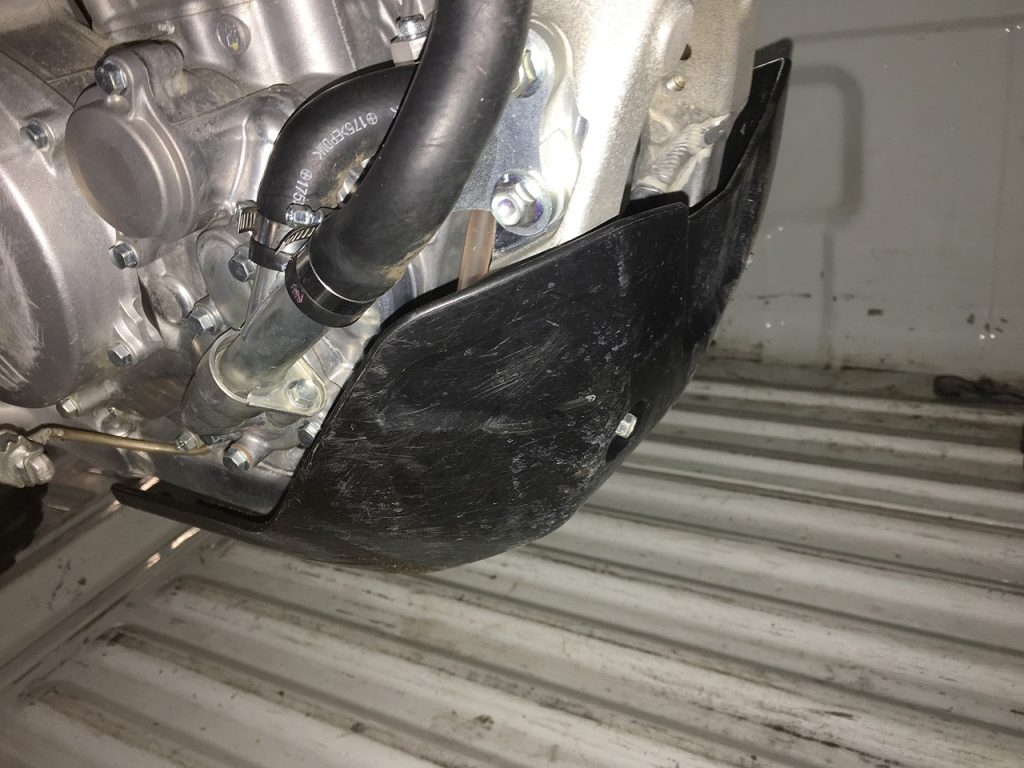 Most of the riding I do is slow and technical so I want power in the bottom-end. I’ve ordered a GYTR pipe and Yamaha tech guru Darren Thomson has given me a power map that should improve the crawling ability of the WR250F.

I’ve got a Yamaha Power Tuner so this should be a simple solution.

I’m confident these two mods will get the Yamaha to crawl. If not, I’ll have a play with the final-drive gearing.

I’ve also had a sore back after riding the WR250F. I’m nearly 190cm and the ergonomics are better suited to a shorter rider. I don’t like using ’bar risers so I’ve rolled the handlebar forward a touch and moved it to the forward mounting point. This has opened up the cockpit and I’m now not so cramped in the office. If my back continues to ache, I’ll look at getting a ’bar with a taller bend. But for now that seems to have solved the problem.

I’ve also been struggling a little with the front-end in tight, sandy corners.

The fork legs were about as far as they could go down through the triple-clamps and the rider sag at the back was about 114mm.
This is too much as the WR250F should have about 106-109mm sag.

So I’ve tensioned the shock spring a little to reduce the rider sag to 106mm and lifted the fork up through the triple-clamps.
I’ve only had one ride with these mods and, it has significantly improved the handling. By lifting the rear and dropping the front, the bike now turns sharper with less front-end push through the corners. It feels less like a chopper with knobs and more like a dirtbike.

The latest modification is a taller seat courtesy of GYTR. When I was sitting, my knees were around my ears so I needed to stretch the gap a little and the GYTR tall seat did exactly that. I now have a far more comfortable position and a new seat for $260. Because you don’t have to mess with the original seat, you can sell it and recoup some of the cost. Editor Mitch Lees