How good are Barkbusters? When you’re in the midst of endless virgin singletrack high up in the Brindabellas and the ground is littered with greasy logs, you have to thank Barkbusters for keeping your controls intact.

The C-to-T is a solid Grade 3. It’s been going for a dozen years and has earned a deserved reputation as a good ’un.

I’ve ridden it a couple of times over the years, including the memorable 2009 one when it snowed like a mongrel, and stepped up this year for a lap aboard the RS500R long-termer. It was a sell-out with 65 riders and with plenty of pre-event moisture, there was sure to be plenty of challenge just getting everyone through, given the greasy ground, greasy hills (both up and down!) greasy logs, greasy rocks and worst of all, greasy red clay. Seriously, there’s less grease in a bucket of KFC Original Recipe.

Such snotty conditions are the domain of small-bore four-strokes, rather than a big-bore thumper, so I headed out on the ride with my sphincter on high alert. Yes, there were times when the RS500R was an outright handful, but only in the gnarliest virgin single, where the motor would cough, fart and flame out as I tried to bark from zero revs, over obstacles. 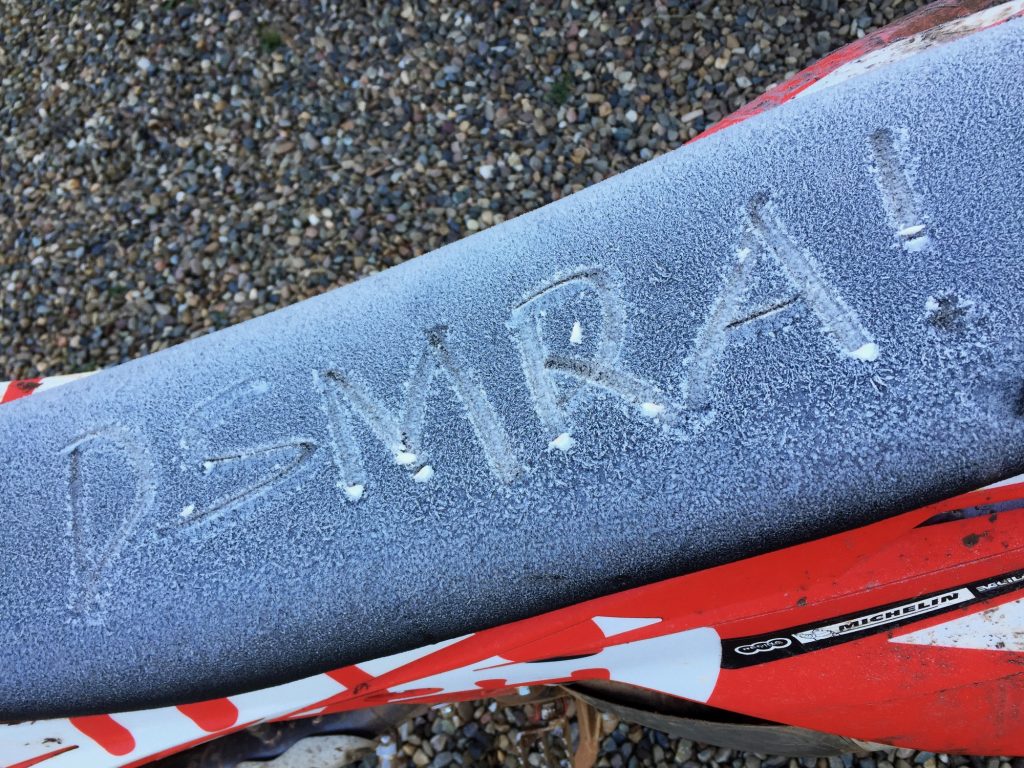 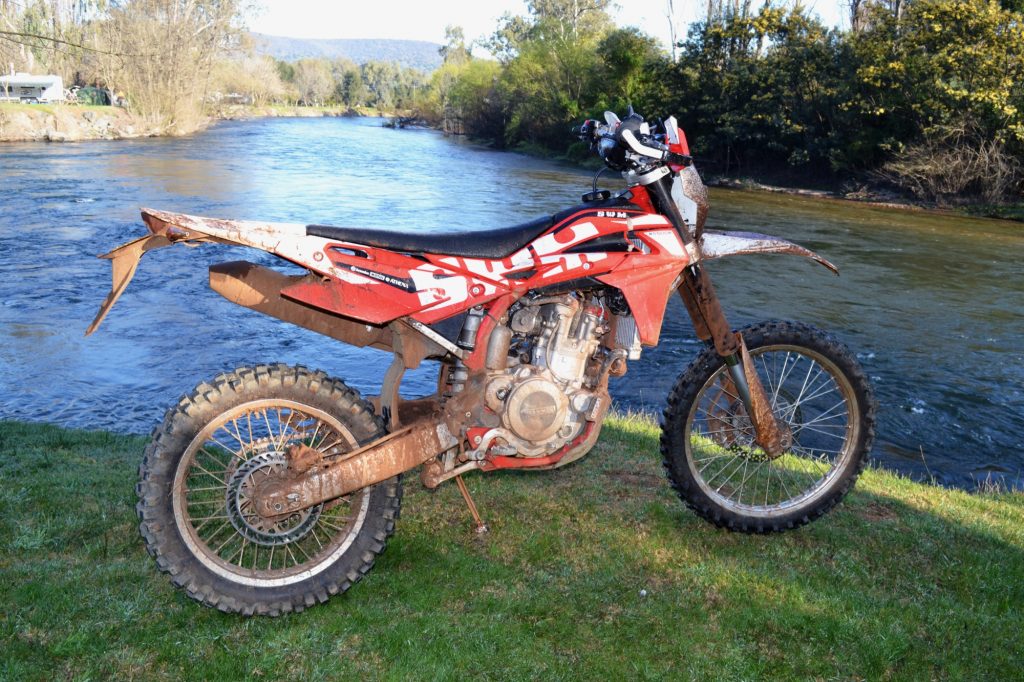 Sometimes the motor would fire right back up, while other times it would take a few moments of cranking and back-firing before the fuel would clear out and normal programming could resume.

Other than that, the SWM’s motor was actually really rideable in the snot, and that so-light hydraulic clutch felt fabulous all the time. I was riding the SWM in the lower revs and using the plentiful torque to tractor through the slop, and it worked.

It might not have been the quickest, but it was effective in getting the big Italian through the gloop. In anticipation of the ride, I backed off compression and rebound at both ends from the standard settings to improve compliance.

I also dropped the tyre pressures down to 12/10 front/rear to chase maximum traction and the faithful ol’ Dunlop 952s delivered. They’re oldies, but gold in soft and sloppy conditions.

The low pressures did cost me, though, when the rear wheel slammed a rock poking out of the ground and dinged the rim. But it could have been worse: thankfully the tube didn’t cop a pinch flat, which was surprising given how hefty the hit was. Clubby