Clubby and his SWM RS500R join the DSMRA crew for their annual Canberra to Tumut trailride.

There’s a price to pay for pitching your two-wheeled pride and joy off mountains and burying it in swamps, and that’s the time you spend between rides making sure it’s ripe and ready for your next off-road torture session.

Joining the DSMRA crew on their annual Canberra to Tumut trailride was the kind of outing that can take a toll on bike and body alike, particularly this year when conditions were cold, wet and extra sloppy.

Mud and slop is a mortal enemy of dirtbikes, so after the Tumut jaunt it was time to give the RS500R a serious clean in an effort to remove lumps of the Brindabella Ranges from the SWM’s vital organs.

The Force Accessories bashplate is a mud trap, of course, but that’s a small price to pay for maximum protection of the engine, sump and frame rails. The bashplate can be removed easily with a single bolt, allowing the built-up gunk to be cleaned away.

The black PPA coating on the outside of the bashplate is now littered with nicks and chips after months of abuse, but that tells me the bashplate has been doing its job.
The VPS Barkbusters copped a workout on the ride, with greasy logs putting me on the deck a handful of times. 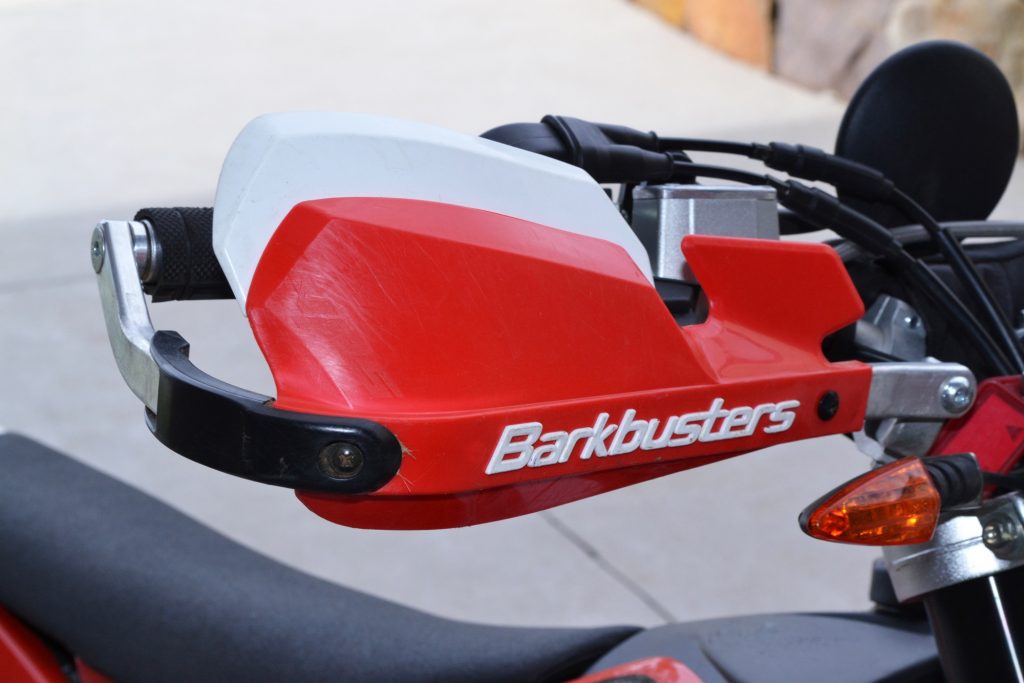 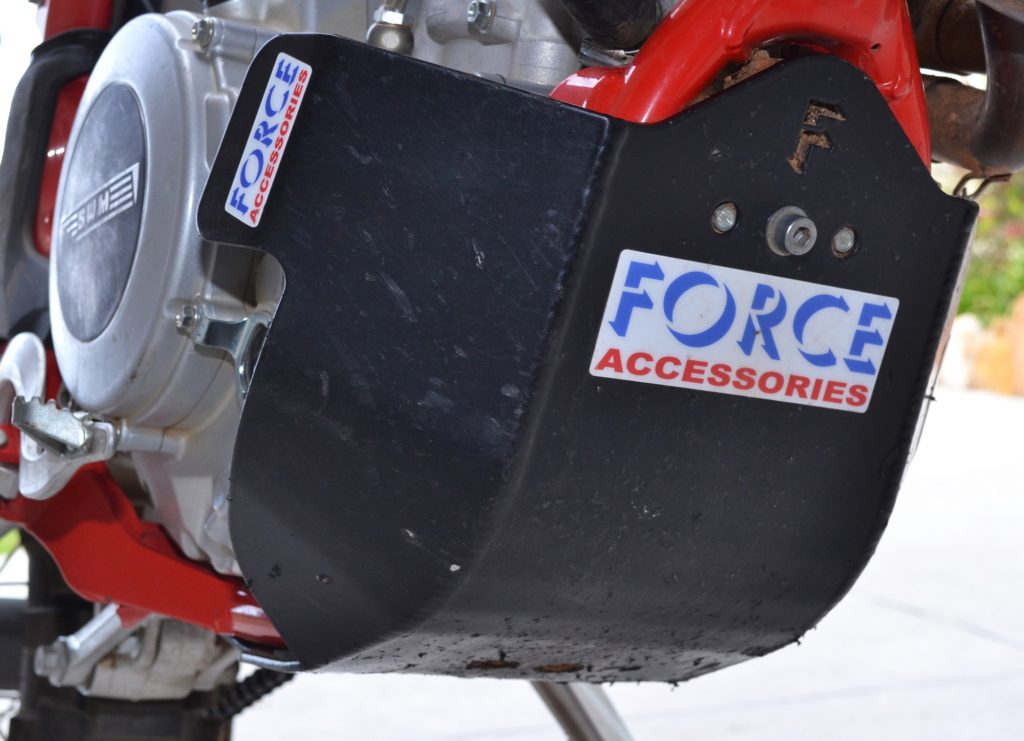 But they copped the hits with ease, with no damage to the grips or controls.

The right Barkbuster did get pushed down, but after loosening the inner mount and bar end fitting, it could be moved back to its rightful place.

Down at the rear wheel, there’s now a ding in the rim after I belted a rock hidden in the slop on a firetrail. I never even saw the lump, but I knew all about it when the back end of the bike stepped out and the seat slammed into my butt.

Mud can hammer brake pads, but the front and rear stoppers still have plenty of meat.

The chain and sprockets also look good, despite some serious abuse. 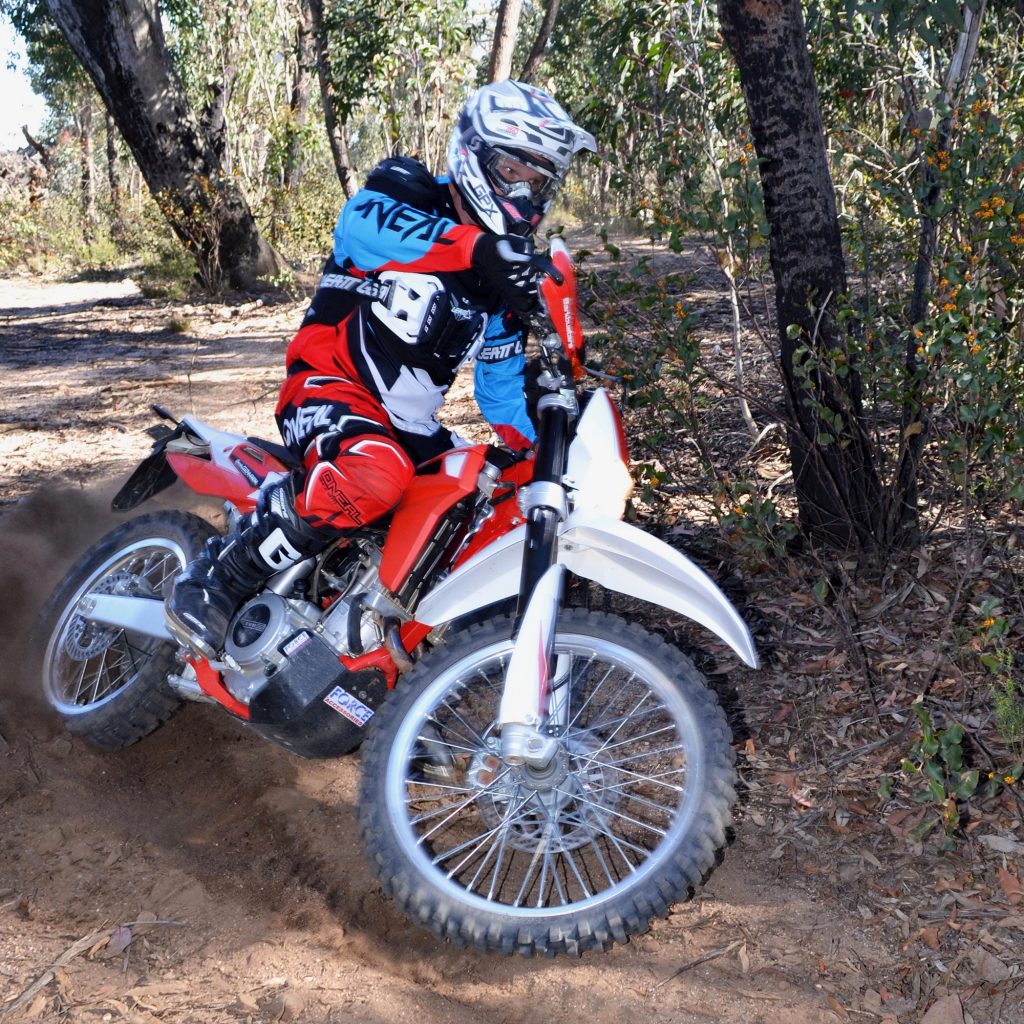 Given the damp conditions, dust was not an issue, so the filter element got through the ride okay, but a swap out and clean is on the agenda.
So too is an engine oil and filters change.

All of which is basically routine maintenance, which is just the way you want it when you’d way prefer to be out in the bush roosting with your mates than waiting for parts or working on your bike. Clubby

SO FAR
HOURS: 60
MODS THIS MONTH: Check over
MODS NEXT MONTH: Oil and filters