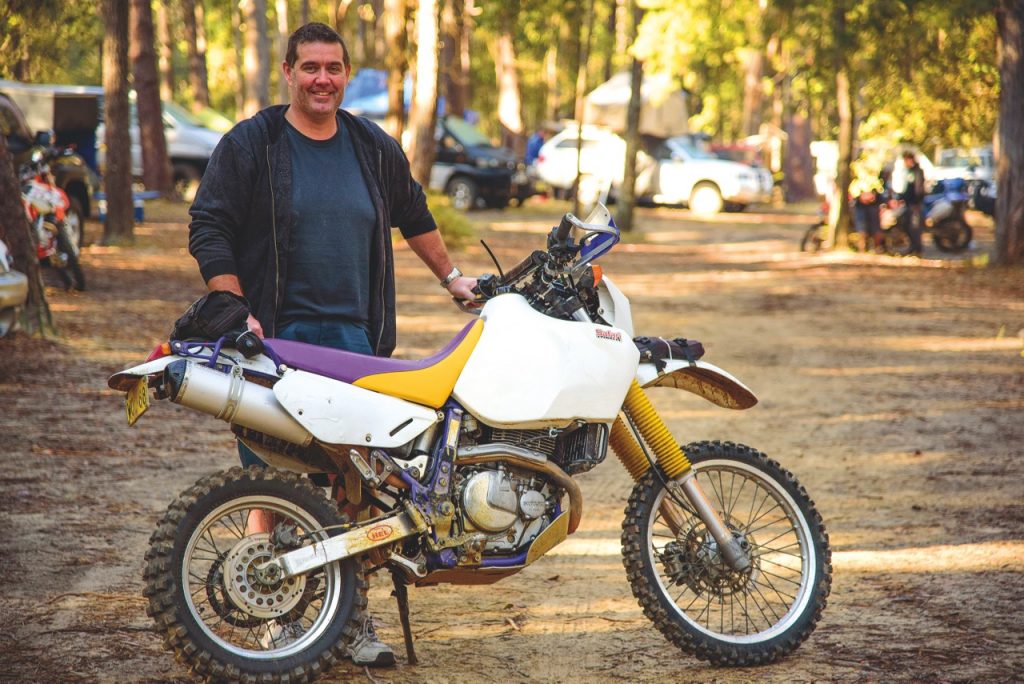 I picked this bike as I work on the reefs up north towing ships for six months a year, then have the rest of the year off – I needed a hobby! I wanted an adventure tourer, but also be able to strip it down and have some fun with my mates out on trails, even if I am just a little slower.

WHAT I DID TO IT 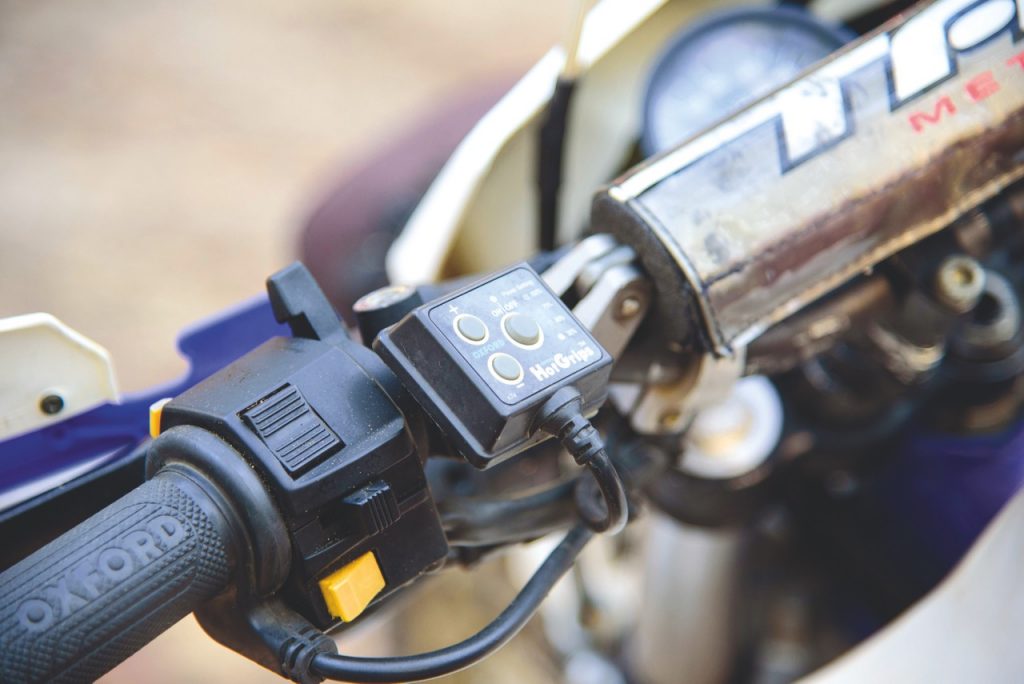 Only people who haven’t used heated grips think badly of them!

HOW DOES IT GO?

I have had a lot of help from Clive at Motorcyclebiz with the setup of the bike. He has helped with suspension, re-jetting and anything else. A top-end rebuild was done two years ago and about a year later a bottom end, due to stripping the teeth off the engine’s output shaft. After all that has changed on it, the old DR goes well for a bike of her age – there is about 98,000km on her!

SHOULD I BUY ONE?

For an adventure machine, I would recommend this bike to anyone who doesn’t want to spend too much. Mind you, the parts do add up! I also ride it with my mates on trails, but it ain’t quick, is heavy and not too happy – but is still very enjoyable.

1 Holden wheel nuts act as spacers for the Pivot Pegz

3 The seat was too hard for Chris

4 The sidestand switch can cause issues

5 He does the Watagan Rally on it. 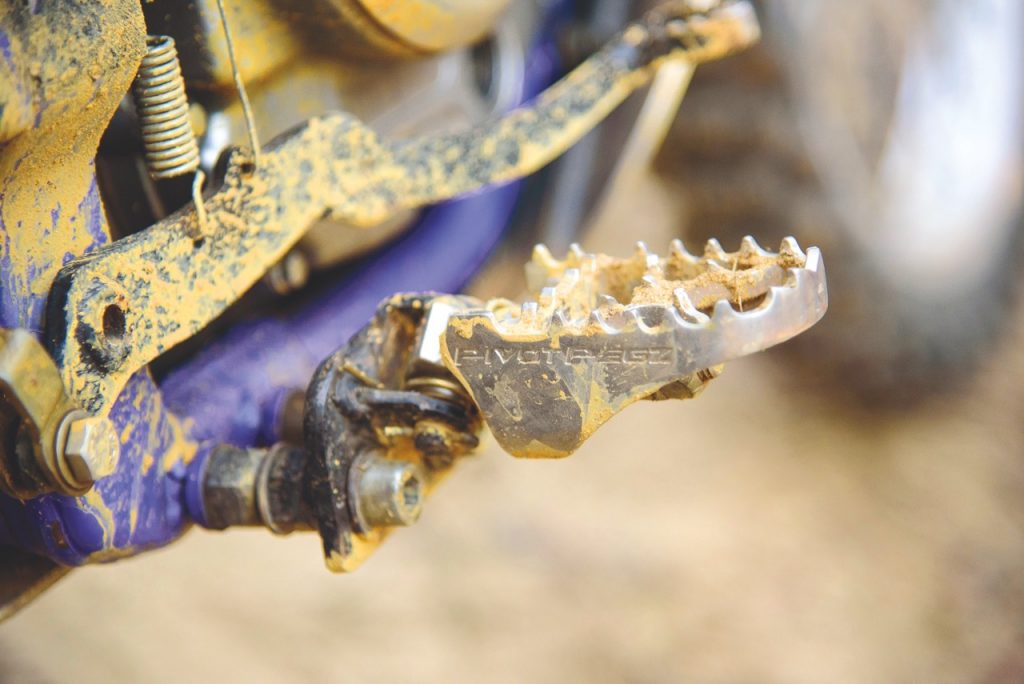 Yep, those are Holden wheel nuts acting as spacers!

We take a look at the 2008 Yamaha WR250F of ADB reader James Tompsett.

Brett wanted a 1290cc KTM Super Enduro but KTM doesn't build one, so he made it himself.